When Hyrule Warriors was revealed last December, I was skeptical. I couldn’t imagine a Zelda game that turned its back to everything that has defined the series in favor of a high action, combat-focused crossover. But as the months passed, and Nintendo slowly trickled out information until it became a flash flood, I found myself eagerly anticipating this strange offspring of two very different parents. 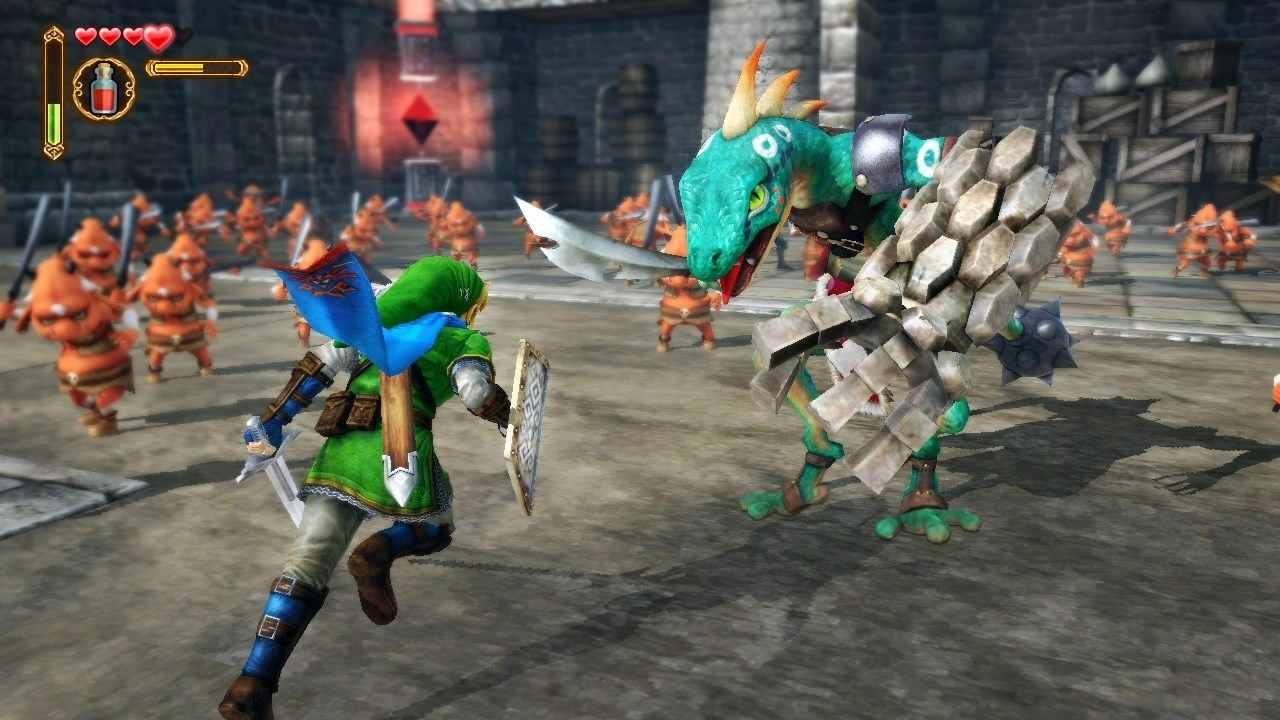 When I finally got my hands on the game at PAX Prime, any lingering trepidation evaporated. It’s a mash-up of The Legend of Zelda and Dynasty Warriors, yes, but it’s also a love letter to the Zelda franchise unlike anything the series has seen before. Characters from across the Zelda universe converge in this title, and while I’m not yet sure how the story will explain that, I’m not really worried about it. I’m just excited to take control of characters I’ve merely observed in the past and let myself bathe in the spectacle.

The demo marked the first time Ganondorf was playable since his reveal in last month’s Hyrule Warriors Nintendo Direct, so needless to say I rode into battle as the Demon King. Like all of the game’s characters, Ganondorf received a new look for the game, and his flowing red mane and powerful frame looked great on the battlefield. Wielding two large blades and his trademark violet bursts energy the iconic villain felt great to control. The game’s developers have clearly taken great care to do each character justice in the eyes of the fans, and as far as I’m concerned they’ve done a fantastic job. 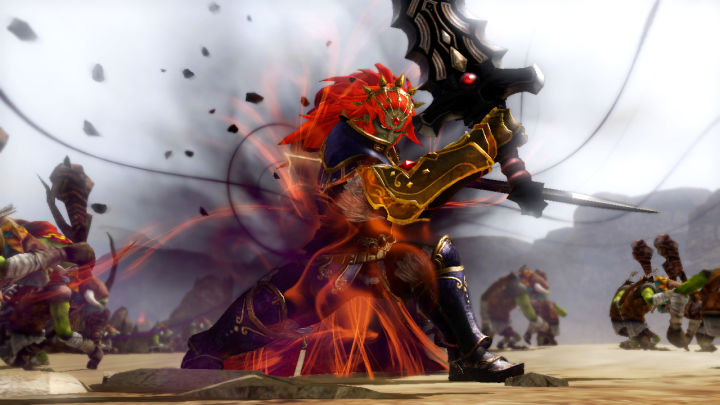 After swatting away several waves of enemies, Link showed up to fight by my side. Slightly bewildered, I stood still for a moment to see if the green-clad hero intended to strike me too, as his relationship with Ganondorf has historically turned to blows. Instead he defended me, and after my initial shock I joined him in combat and together we became an unlikely team. Hyrule Warriors is unique because pairings like this are a regular occurrence, and it’s hard to imagine the novelty of two sworn enemies fighting side by side losing its luster as time passes. Some fans may scoff at the strange crossover of Zelda games and characters pairings, but they’re missing the point. Hyrule Warriors is about celebrating the Zelda universe and basking in its glory. It’s a platform for fans to enjoy the characters they love in a new environment, and feel great doing it.

Anyone familiar with the Dynasty Warriors series knows that the gameplay is far from deep. The same can be said about Hyrule Warriors, but the roster of characters is so vast and varied that once one character’s moveset becomes too repetitive you can simply select a new one and go from there. Each character can also acquire new items in the midst of battle by finding and opening chests, a familiar prospect to anyone who’s ever played a Zelda game. This means characters like Ganondorf and Darunia can use items like bombs, arrows, and potions in the midst of battle, yet another unique occurrence in Hyrule Warriors. The game doesn’t trouble itself with the series’ complicated timeline, and it’s better for it. 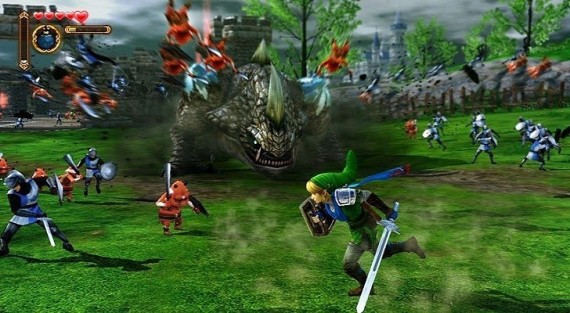 With so many enemies on screen and such exaggerated attacks, past Dynasty Warriors games have suffered from severely lowered frame rates in high-intensity battles. I was pleased to find no such issues with Hyrule Warriors throughout my experience, and if that remains true in the full release, it will be a testament to the power of the Wii U. On that note, if the full game can maintain the excitement and joy in the short demo, we’ll be in for a real treat. My time with Hyrule Warriors was brief, but it lingered fondly. I’m now more optimistic than ever that this game can do justice to the characters and history Nintendo has spent over 25 years meticulously building, and maybe even find a lasting place in the hearts of Zelda fans.