To be upfront, Assault Android Cactus was one of the true standouts at last year’s PAX. It’s character based, twin-stick shooting swarm-a-thon left many people with twitchy thumbs and anxious looks as they walked away from the demo. It was tough to stop playing. Well, this year the game was featured among the prestigious PAX 10, and with great reason. It is an absolutely polished, invigorating  experience.

When jumping in, it becomes immediately apparent that there is simply one imperative: shoot and survive. Oh, and try not to screw over the rest of the team by hogging all of the power ups. When creating Assault Android Cactus, Witchbeam had one goal: create an excellent co-op shooter. They have succeeded. Featuring couch co-op for up to four players and scaling difficulty based on the amount of folks in game, there is ample opportunity for congratulatory high fives. There will be even more opportunity to give well justified punches to the arms. 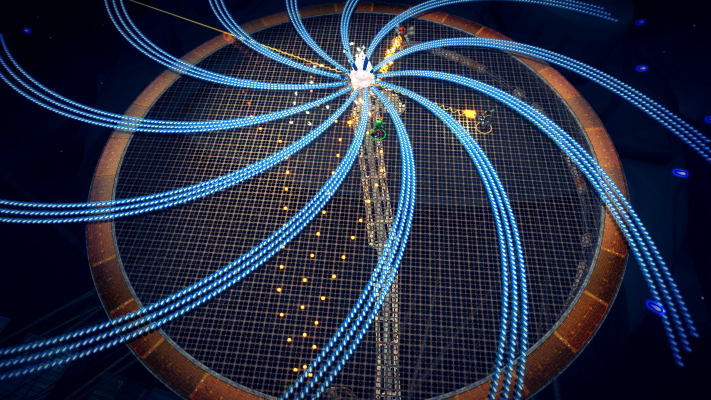 Everyone in the game shares one slowly depleting battery. Every time someone eats too many laser beams, they will fall and need to use this resource to get back into the game. Playing defensively simply will not work as the only way to keep the battery level up is to aggressively mow down the encroaching robot hoard and snag their sweet, sweet juice (upon reflection, it is almost like the player is a sci-fi robot vampire in the middle of an epic feeding frenzy). Team work will win the day, though, and is very gratifying. Working together to corral a hoard of robots, mowing them down and gather their resources just works.

Working with the team will help improve the player’s character as well. There are currently eight selectable characters to choose, each with two unique weapons and distinct abilities. With this comes and experience point system that allows the player to upgrade weapons and powers to become a more efficient killing machine. Every advantage will need to be taken, too. The onslaught of enemies pouring into the the levels can be charitably described as “relentless.” Put mildly, there is never a shortage of something to gun down. 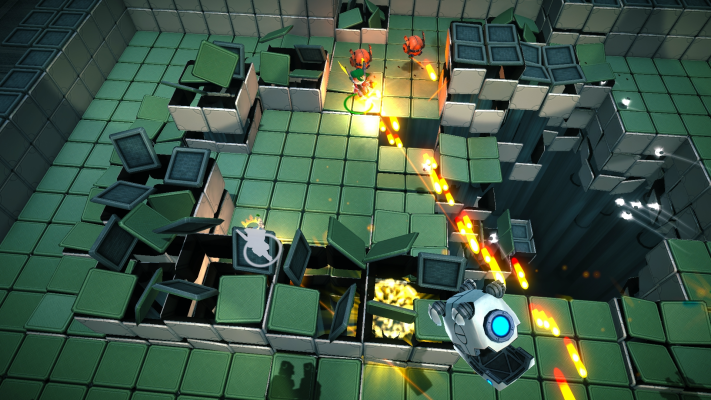 With bright colors, fast action and non-stop enemies to destroy, taking in Assault Android Cactus alone or friends will be a pleasure to experience. At this point, it is content complete and has been submitted to Sony for certification. For those who can’t wait, the Early Access version is available now, though all content has not been added yet to that addition. Either way, action fans do not want to miss this.