Metroidvania games, for lack of a better term, are seeing a much needed resurgence lately. The success of Axiom Verge along with the astounding numbers that Koji Igarashi managed to pull in with his Kickstarter for Bloodstained: Ritual Of The Night show that the big name publishers had it wrong. We want these games. It is safe to add Discord Games’ Chasm to that list, as it is turning into a must play game.

One thing to get out of the way first, Chasm just happens to be hitting the scene at the right time, but it has been in development for quite a while. In fact, I was able to try a demo over a year ago and was suitably impressed. As time has passed, it is only becoming more and more worthy of attention. 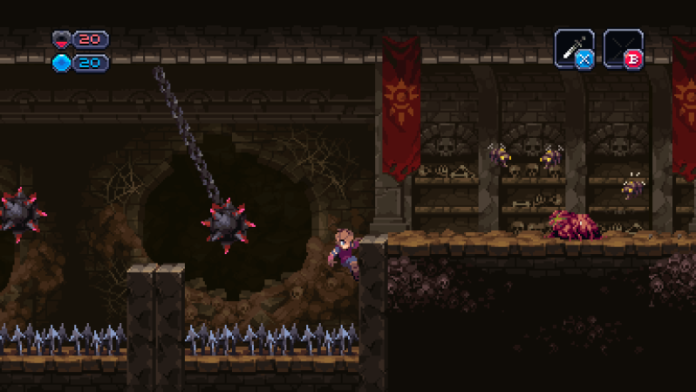 There is a good reason that it has been in development for quite a while: there are quite a few moving parts beneath the hood of this one. At first glance, it appears to be a 2D action-platformer with pixel based graphics in the Metroidvania vein. The biggest addition to this genre is the fact that Chasm’s map is randomly generated. While each room is designed by hand, how the map is built is put together by the the game’s engine. There are numerous rooms available to the game so that each play through will not simply be the same rooms in a different order. Anyone who thought of the excellent Rogue Legacy will be on the right track.

The rooms themselves are divided into three categories: combat, platformer, and puzzles. Combat is works as a straight forward 2D hack and slash, similar to Symphony of the Night. There are monsters to slay, experience points to gain, and loot to pilfer. The platforming segments, from what I saw, tend to be reasonable. While I ran into some challenges and gave Dalton, the hero, some unwanted piercings due to dropping him onto some spikes, the flow of leaping from ledge to ledge was satisfying. The puzzle rooms that I experienced were extremely simple, so much so that I didn’t even realize it was a puzzle until after I was done. These will become more devious as the game goes on, though. Expect some Zelda style challenges here.

In putting together these three types of rooms, the developers have made it a point to create the engine so that the styles will be mixed up. They really don’t want the player to become burnt out on one type of challenge, such as playing ten combat rooms in a row. 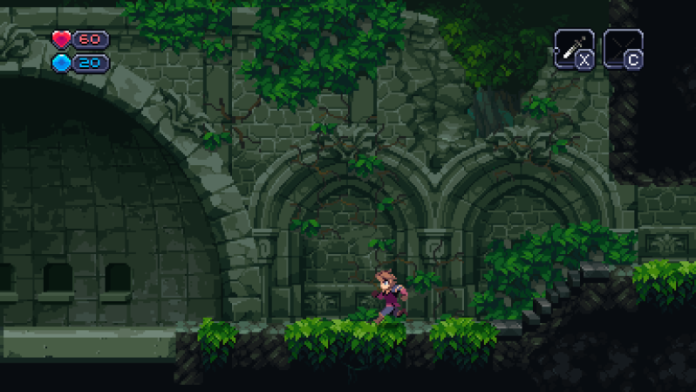 Of course, there is the added wrinkle of adding the new abilities that are required to gain access to new areas and open up the map to consider. Having to create a generation engine to factor this in is a monumental task. If the player cannot reach the ledge grab power up to progress further into the game, then the game would be broken. Time has been spent to ensure that this would not be an issue. The maps are generated flawlessly, and giving that feeling of progression and exploration that fans of the genre crave.

On a personal level, I do have one issue with Chasm: it could potentially destroy my life. I love the exploratory Castlevania games. I put dozens of hours into Rogue Legacy. Marrying the two in a highly replayable form has the potential to produce a digital narcotic to be taken directly to the eyes. For others like me, plan on not doing much early in 2016 as it is almost content complete and will be landing on Windows, Mac, Linux and PS4. I would also advise booking your stay in a rehab clinic in advance to avoid the rush.