As much as video game fans love to complain about regional release date injustice and localization snubs, there aren’t many series whose absence inspires more fury than Dragon Quest. Originally localized as Dragon Warrior, the franchise’s presence on American shores has dried up as of late despite an impressive string of releases across PS2 and Nintendo DS, while new installments and 3DS remakes are churned out regularly in its native Japan. Series developer Square Enix appeared to remain unresponsive to the pleas of western players dying to enjoy the latest Dragon Quest adventures, until it surprised everyone and decided to localize the latest spinoff in the series: Dragon Quest Heroes: The World Tree’s Woe and Blight Below. The game approaches the Dragon Quest franchise much like Hyrule Warriors did with The Legend of Zelda last year, combining fan-favorite characters from throughout the Dragon Quest series and tossing them into an action RPG full of beasts to slay and buttons to mash. But while it would have been easy to simply smash the two franchises together without much concern for design, Dragon Quest Heroes actually offers a surprisingly robust and enthralling adventure, and should be on the radars of PS4 owners regardless of prior experience with Dragon Quest. 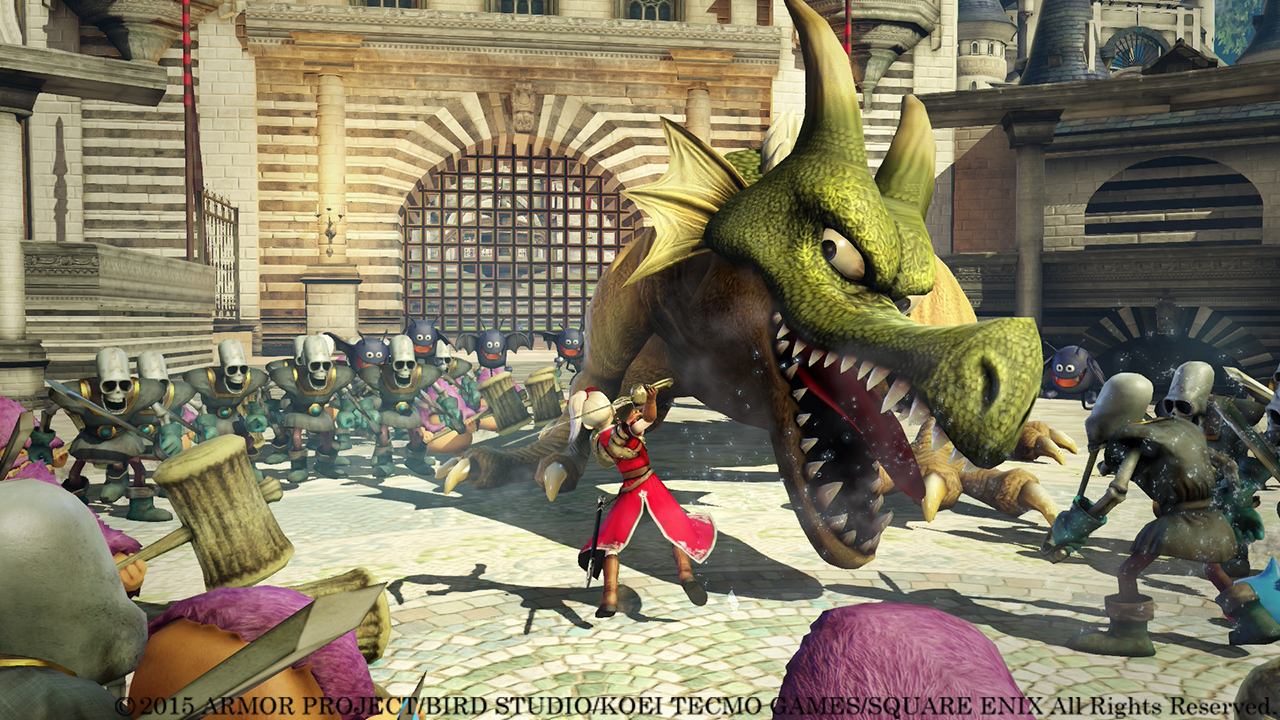 Two new characters, a boy and girl whom can be renamed to your preference, are introduced at the beginning of Heroes, both young knights who live in peace amongst a throng of friendly monsters. This is an intelligent move by Square Enix and Omega Force, giving each player, regardless of their affiliation with Dragon Quest, equal opportunity to wrap themselves in the game’s plot and world before the familiar faces start popping up. It’s especially important for western consumers, many of which have never played a Dragon Quest title, and makes Dragon Quest Heroes immediately accessible. The tranquil opening scene quickly turns to chaos, however, when an evil sorcerer turns all the monsters in the land against their human companions, conveniently setting the stage for a journey loaded with hordes of monsters just begging to be cut down.

What struck me most while playing Dragon Quest Heroes was just how much I enjoyed the combat. Dynasty Warriors titles are notorious for their repetitive gameplay, and while the structure of Heroes means it naturally runs the same risk, it manages to largely dodge that fatal pitfall with a layered and flamboyant attack system that really comes into its own once you’ve collected a fleet of characters. Each hero features their own unique set of attacks and combos, all faithfully adapted from their original appearances in Dragon Quest games of old, along with three magic attacks and one special ability. That’s an admirable spread of offensive options on its own, but when you throw in the ability to switch between up to four fighters on the fly it gives you access to a fresh combat experience whenever you begin to grow tired of smiting slimes with any one hero. 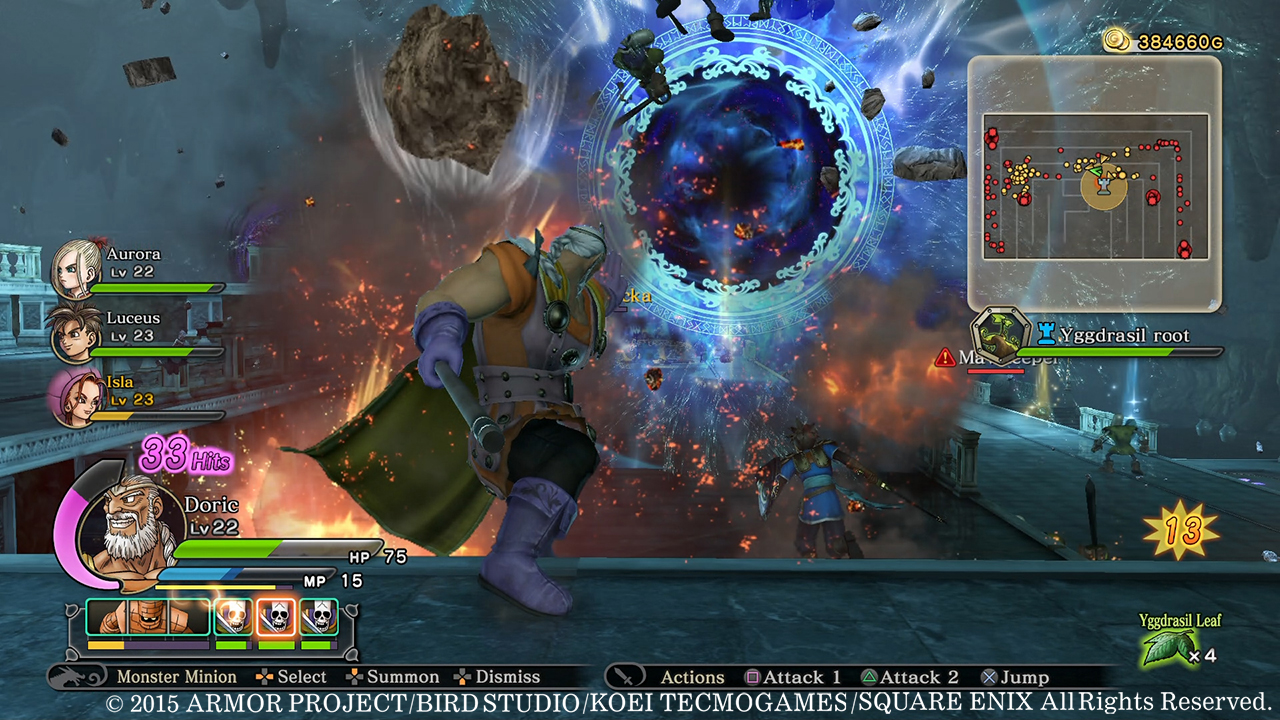 Dragon Quest Heroes felt like a truly thoughtfully constructed adventure, much more than a cheap filler title while the world waits for Dragon Quest XI. Akira Toriyama’s character designs look absolutely fantastic in fluid HD, and his inherently strong visual characterization is only bolstered by the game’s consistently quality writing. As seems to be the case with every Dynasty Warriors-style game, smashing your way through hordes of monsters in Dragon Quest Heroes makes you feel surprisingly mighty, but it’s the game’s  hulking boss monsters that truly test your heroic merit. I only spent about an hour in the game’s world, but I could already see Omega Force was preparing me for a sprawling journey loaded with fanservice, challenge, and glory.

I haven’t played too many Dragon Quest games, but by the end of my time with Heroes, I not only found myself drawn in by the surprisingly varied combat, but also by the characters themselves. Seeing and controlling the stars of classic games in the series made me want to play through their adventures and consume all the Dragon Quest lore I could. Square Enix has noted previously that if Dragon Quest Heroes: The World Tree’s Woe and the Blight Below sells well in the States that it will consider bringing more Dragon Quest games over in the future, and if my experience is anything to go by, I can easily anticipate demand for more Dragon Quest games to skyrocket after Heroes‘ release on PS4 on October 13. Don’t pass this one by, people — it’s an adventure you’ll want to be on.