There has been a real dearth in arcade space shooters over the past few years. It used to be that titles like Tie Fighter and Freespace ruled the roost, providing exhilarating experiences and interesting stories that kept players glued to the screen. While the more sim-like games, such as Elite: Dangerous, have found their followings, the games that focused more on fast-paced, explody action have been few and far between. Rockfish Games’ Everspace proved to be a rare exception, providing rogue-like thrills, loot and enough things to blow up that even Michael Bay would be impressed. Not content with the the final product, the studio has opted to create a sequel in Everspace 2, offering plenty of welcome changes.

Starting off, it must be said that the developer understands what makes these games tick, and they have demonstrated that the new title will have it based on the show floor demo. Jumping in fresh, it isn’t long before I was right in the mix, shooting down drones, pulling in new equipment with a Diablo-like loot progression, and raining down futuristic ordinance on gun emplacements and space bandits alike. Once one small area was completely explored, moving to another section of the map was a matter of seconds. Just in the singular section, the were caves to explore, wide open areas for dogfighting, and plenty of materials and items to loot. I even found an abandoned drone to hack, giving me a little extra firepower to use among the stars. Swinging back to base for repairs and refitting was also hassle free, ensuring that the focus is on actually playing the game, not preparing to play the game. 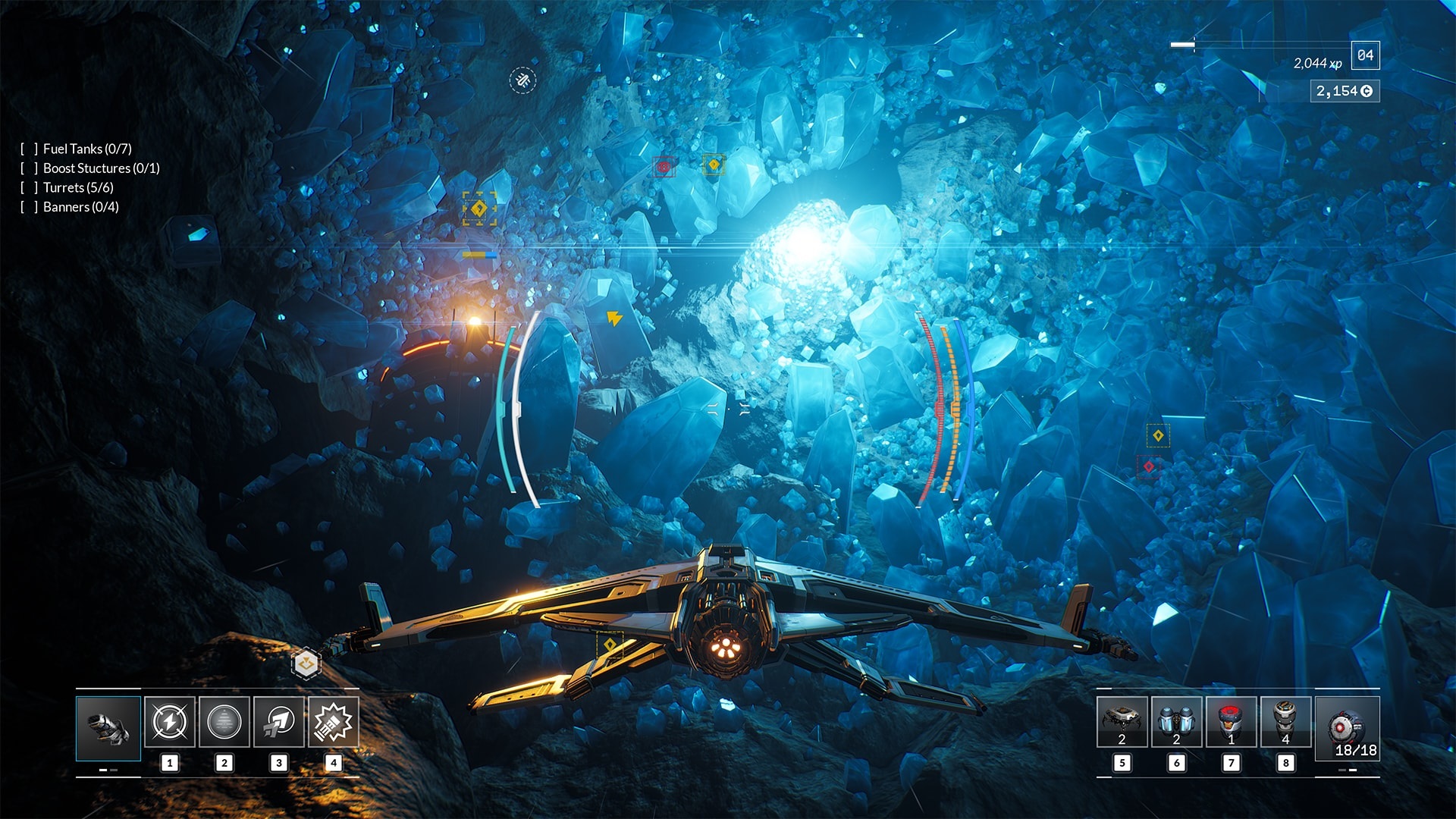 This was just a fraction. Once the entire place was explored, I jumped out of system and went to a new spot, where I discovered a space station to sell off unwanted loot and take on a new quest. This quest tasked me with repairing a freighter, which seemed simple enough. In practice, though, I was ambushed, though I am unsure if this was by design or just a random happenstance. I almost made it through, too, but zigged when I should have zagged at the last. Knowing Everspace, I was expecting to lose everything that I had onboard. Fortunately, the developers have changed how it works, adopting the loot ’em up style that pushes for making the player feel more and more equipped for the fight ahead, not punished for making a silly mistake.

The game is set to offer a wide universe to explore, with plenty of handcrafted environments to move the story and sidequests along. These will be augmented with some procedurally-generated areas and quests to help keep things fresh. While one hesitates to break the description down to “Skyrim in Space,” the strategy for the creation of this universe brings the thought to mind. That isn’t to say that there aren’t interesting ideas. Players will be wrecking up the place during their travels and questing. The developer promises that this won’t be the end of it all, as some areas will slowly get rebuilt, as though the survivors banded together to recreate their home. This isn’t a matter of the game just loading in the map as it was before the player’s first visit, though. Things can be permanent. It depends on the area and the destruction that was wrought. This’ll be good for loot farming when needed, as well as the joy of repeatedly tormenting some hapless space pirates right when they are almost finished recreating the structure. 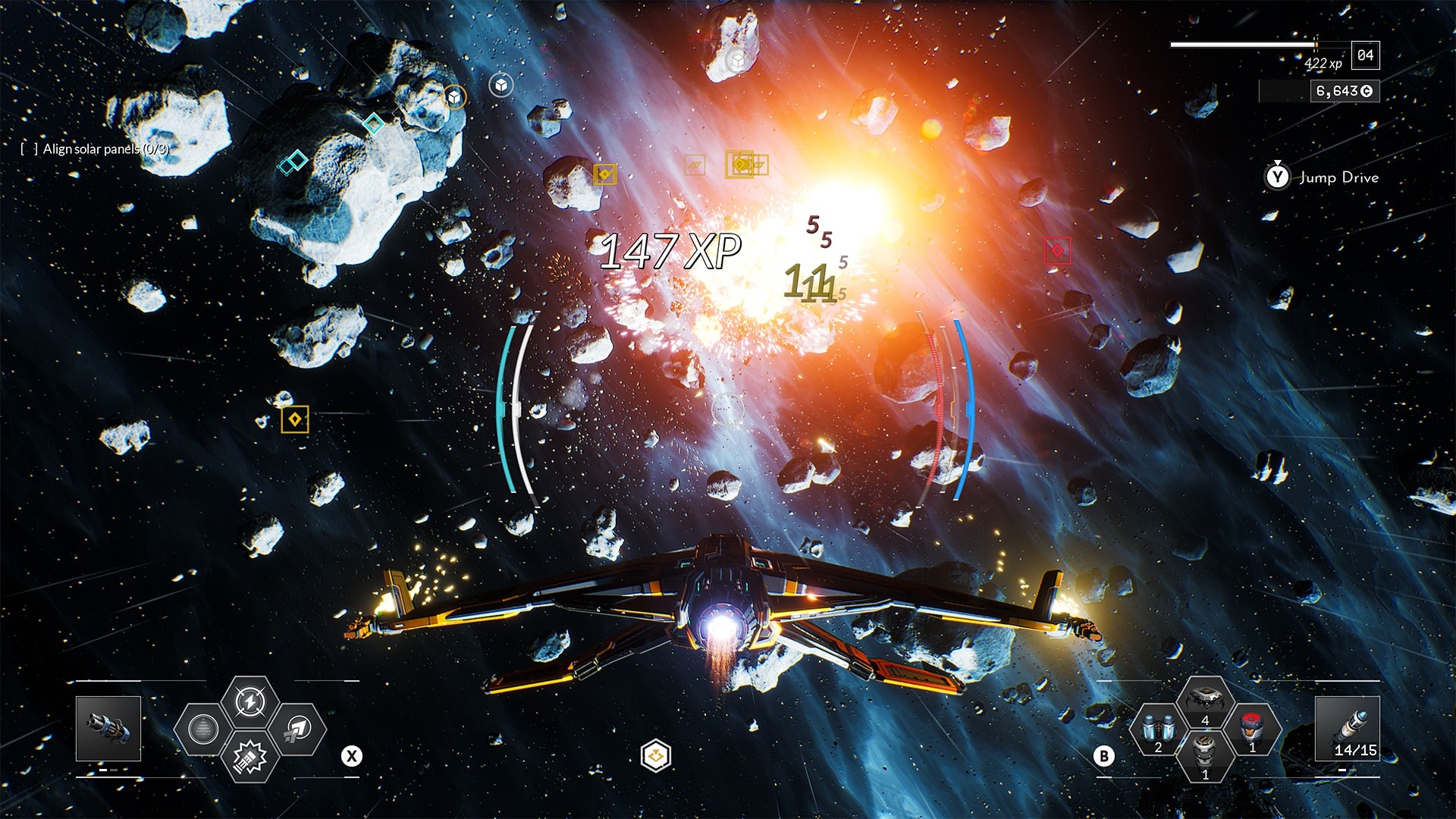 One thing that the developer is stressing is the customization of the experience. Obviously, this is done on the gameplay front with the mixing and matching of starship classes and equipment loadout to match the player’s style, but even things like the physics engine can be tweaked to the player’s liking. Those who want to stop on a dime and not really think about the effects of momentum in a place without air resistance and gravity are free to do so. Those that like to mess around with Newtonian physics (Me! Me!), will be able to cut the engines, spin and pull all sorts of tricks that can’t be done in atmosphere. Of course, that won’t work when actually exploring a planet’s surface…

For now, the expected release of Everspace 2 is still a bit of a ways off, with it set to launch sometime in 2021. This is understandable, as the game promises to be massive with hundreds of hours of content to explore through multiple playthroughs. The wait should be worth it, though, as the sequel is set to improve on what makes the first one so great. While the wait may be long, it seems that Rockfish Games will make sure it’s worth it when it launches for PC, PlayStation 4 and Xbox One.