Developer Experiment 101 is living up to their name in the creation of their upcoming action/RPG, Biomutant. At first blush, it’s an indelibly odd title. The hero is an anthropomorphic raccoon creature sporting an eye patch, sword almost as long as he is tall and a firearm that he can fire in rapid succession. He (or she) knows how to use these implements to survive in the wild, traveling the lush landscape with a robotic cricket companion.

During the character creation process, the player can set gender, fur type, coloring and starting stats. Selecting the stats is done via choosing a point in a circle, allowing the player to select precisely the right amount of what they want in their build, and offering up numerous options. The easiest way to describe it is a color wheel, except there are various shades of strength, speed and more. Running into a large, gorilla type creature, the hero pulls off some defensive moves but finds that discretion is the better part of valor and makes a run for it. This scene is detailed in the recently released cinematic trailer, though it is fully playable in game. This includes the part where the giant wooden club is cut in half with a precise strike of the sword. It’s pretty badass. 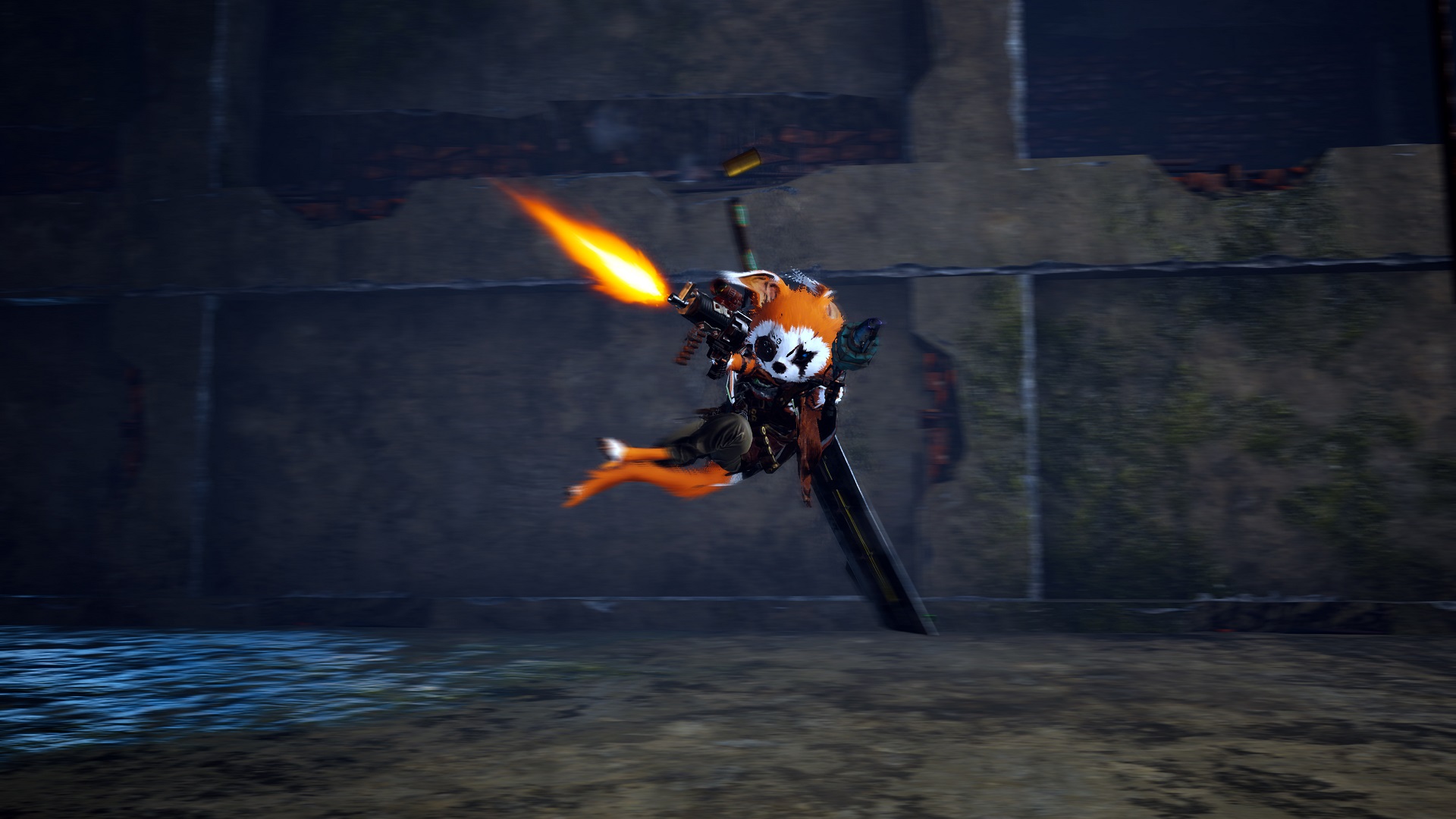 The demo on the PAX show floor consisted primarily of the opening tutorial area, where the player is given a chance to learn the ropes and try out some of the different powers and abilities that will be available during the full game. Normally, this would be a less than ideal way to get someone interested in the game, as tutorials can be long winded and kind of dull. However, the mechanics that Experiment 101 is baking into the game makes even the process of learning them fun. In little time, I was sliding between the legs of a giant with my guns blazing, only to follow up with a few slashes to its posterior. Smaller enemies abound, providing all sorts of opportunities to slash, shoot, pounce, and dodge like an overly caffeinated Chow Yun Fat in a furry costume filled with bees.

Melee and guns aren’t the only weapons at the fuzzy protagonist’s disposal. He also picks up various powers, such as brainwashing an enemy or telekinesis to throw them around. These are necessary, as enemies will get vicious. Crowd control and just plain removing removing their advantages is key to surviving the world of Biomutant.  A good example of one of the those advantages is a giant truck door that serves as a shield for a larger foe. Fortunately, these powers are a simple hotkey away, so they can be utilized with minimal effort on the player’s part. 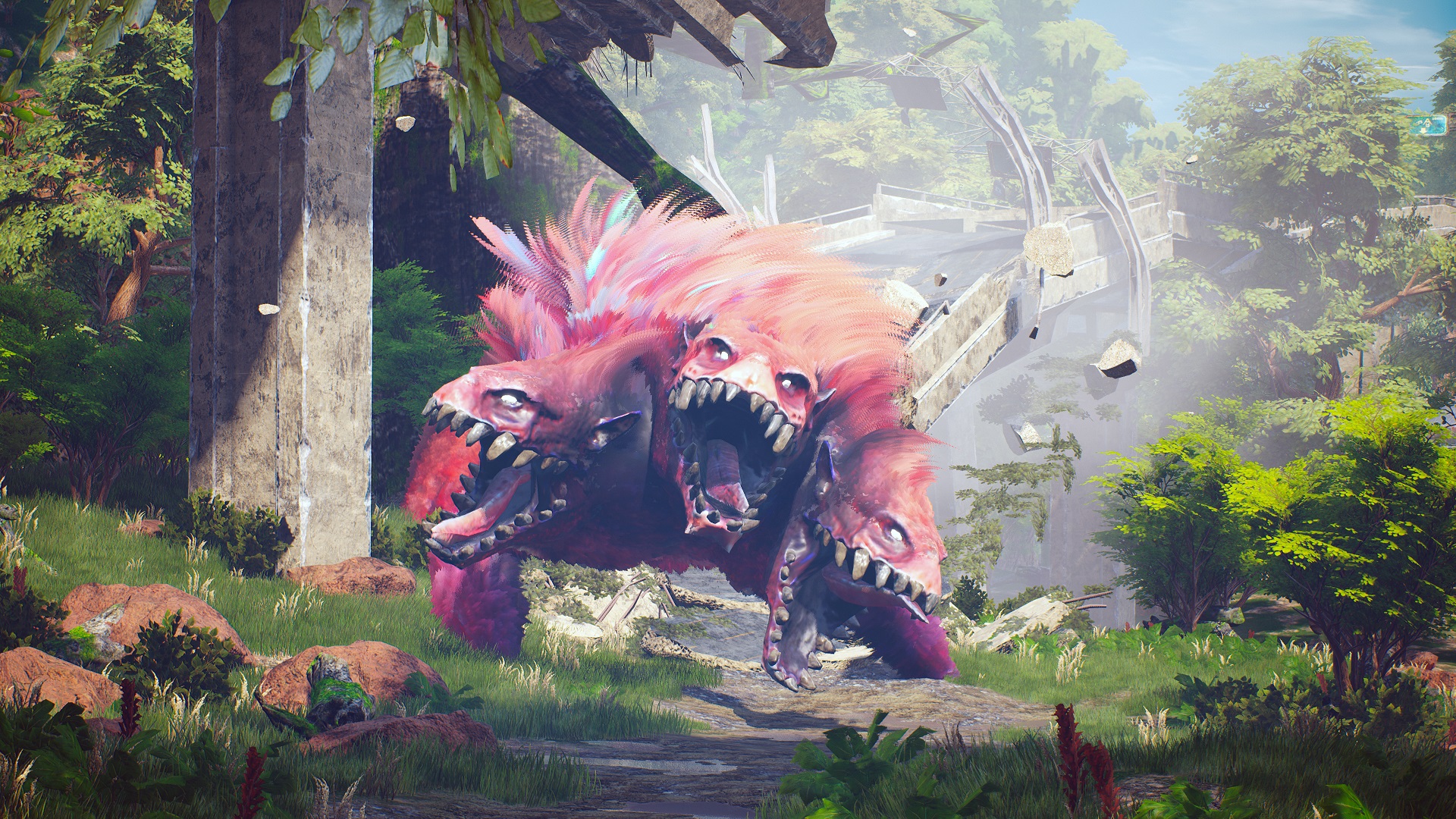 There’s also a weapons crafting system. Using numerous pieces found throughout the world, the player can build long rifles, duel wield pistols and piece together blunt or sharp melee weapons to suit whatever the character build that fits their player style. When coming across this, I ended up settling on an electrified baseball bat and a two handed assault rifle. While the demo featured numerous options to customize defensive instruments, it never seemed overwhelming. The creation system is designed to be breezy, allowing the player to get back to the real fun: using what is built.

While the demo was linear compared to the open world exploration of the main game, it introduced many different action and hack and slash mechanics. I imagine the final product will feel like an open world Devil May Cry with heavy RPG elements, though more will need to be seen to make that determination. What is known is that there are sure to be plenty of exciting moments, the types of set pieces that will make the player want to show off pulling off the tricks and traversing the world looks and feels danged good. After walking out of the underground section that served as my playground, a giant three headed beast came roaring out of the foliage. The demo ended right then and it felt like the gamer version of blue balls. There is just so much more that I wanted to see and do for it to cut off right then. Despite this disappointment, which is actually a good thing to feel, the fast-paced but smooth action and role playing elements proves that publisher THQ Nordic is wise to take a chance on an unproven IP. Biomutant is one to watch as it nears its release for Xbox One, PlayStation 4 and PC the first half of 2018.