Revealed just a day earlier on the Nindies Showcase to be coming to Switch, Mulaka, a Zelda-esque open world game set in real-life Chihuahua Mexico, was at PAX West this year, and I had a chance to go hands-on with it and talk to the game’s lead designer, Edgar Serrano.

The coolest thing right off the bat about Mulaka is how true to the source material the game is. Serrano told me about how they created the world of Mulaka based on the mythology of the Tarahumara tribe in central Mexico. They’re an indigenous people that still operate today as they have forever and still practice their polytheistic religion. Everything from the map and environment, to the animals, cave drawings and more have been vetted by people of the Tarahumara and there’s even an index system built into the game to tell players about different parts of the world.

So in Mulaka, you play as, well, a Mulaka, or shaman in the Tarahumara language. He’s equipped with a spear, some healing potions, some bomb potions and the powers of the gods that you’ll conquer throughout the game. 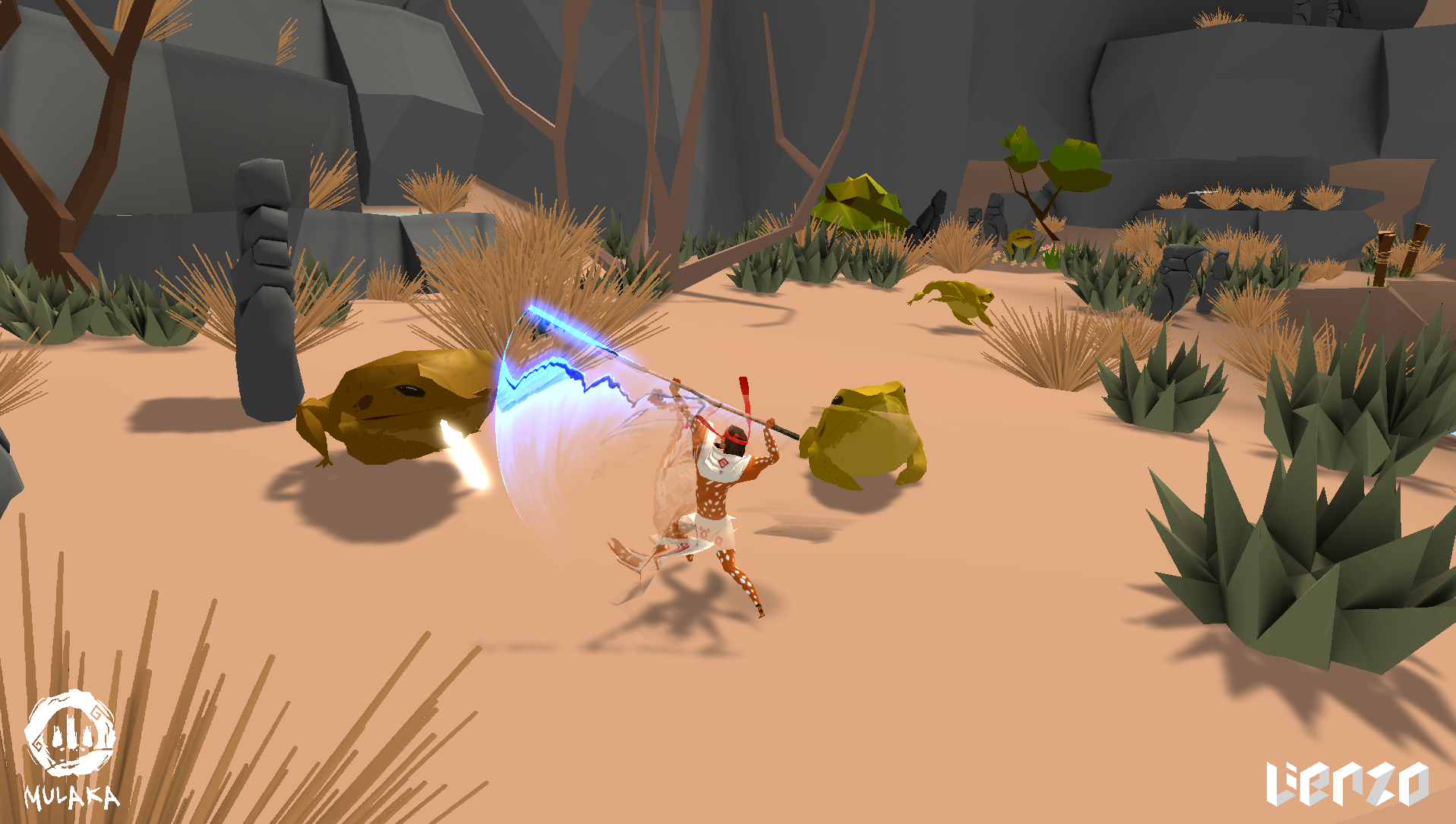 The main gameplay elements include fighting enemies with your spear, which you can both swing, jab and throw, collecting ingredients for your health and bomb potions, which don’t require any crafting; they just automatically become potions once you have enough and for using your animal powers. Collecting ingredients is made easier through your Tarahumara vision, which highlights harvestable plants.

You’ll receive these animal powers as you complete the eight levels in Mulaka. Your goal is to rally the demigods to help you convince the gods to not destroy the Earth. Each level will have a final boss, found by completing side quests, environmental puzzles, and taking out enemies.

The two animal powers I got to see where the eagle and panther powers. The eagle power allows you to fly for a limited amount of time. You turn into an eagle and can swoop through the air and overcome boundaries you wouldn’t have been able to reach as a human. The panther power allows you to punch from tree to tree with crazy speed. Your animal powers will take up your mana, though, so you have to be careful. Your mana recharges over time. 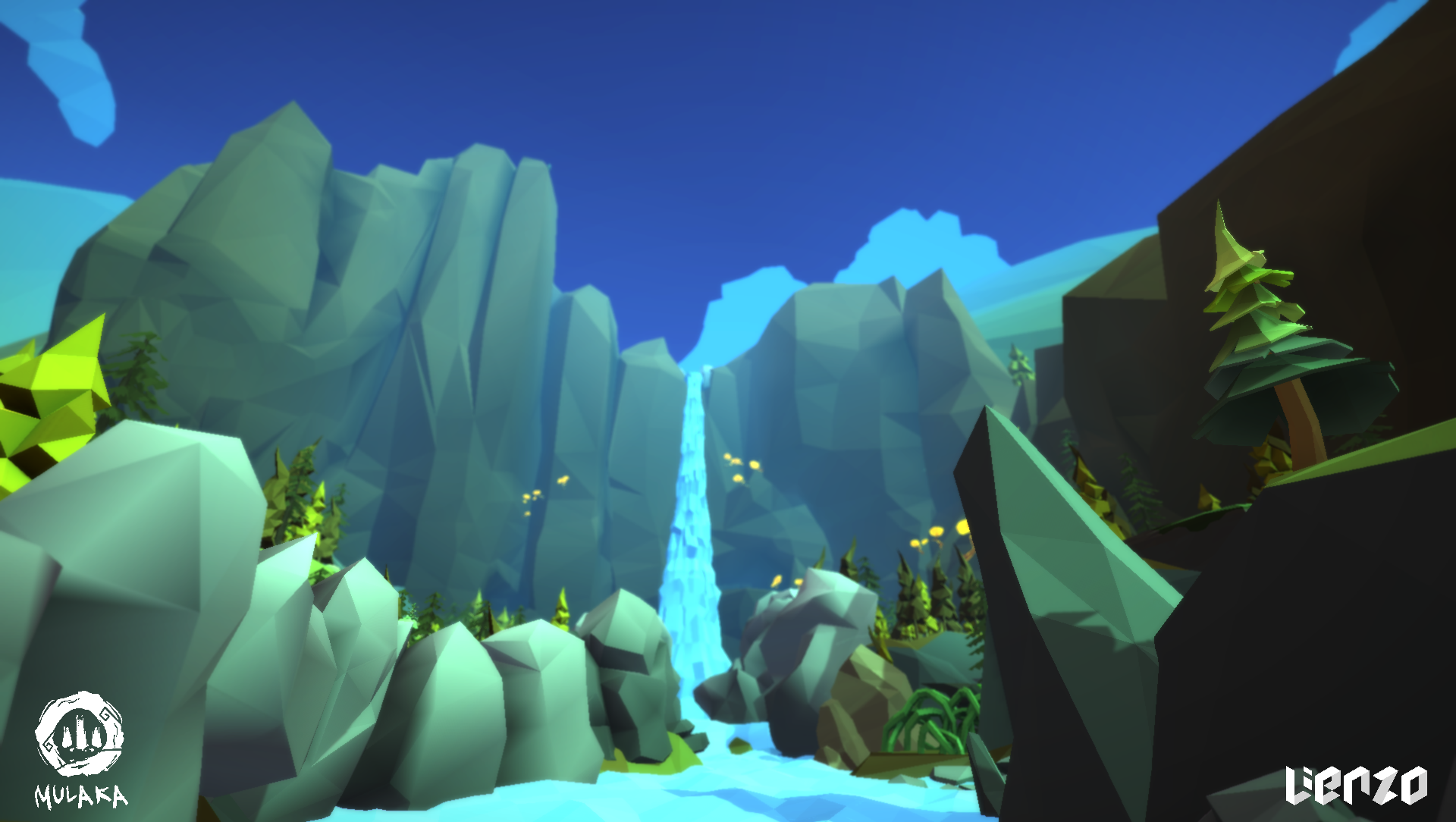 Another interesting element of Mulaka is its art style. The team at Lienzo decided to go with a low-poly style, which Serrano said was because they thought it would be easier, but also said that it turned out to be a bit of a challenge. He said they also picked it, though, because in the Tarahumara stories, they never describe the giants or the gods or anything visually, and a low-poly art style allows for to leave it up to the imagination somewhat. They even created their own low-poly water system so that it would flow without looking choppy. It all comes together into a really great aesthetic.

Mulaka looks to be a great little open world game that tells a story based in a little known mythology, and that’s really cool. The lengths the team went to to make Mulaka true to the Tarahumara are amazing and what it all turned into looks to be something great. Mulaka will release on PlayStation 4, Xbox One and Switch sometime next year.