The longtime absence of the Phantasy Star Online series is something that has upset longtime Sega fans. With the original games being some of the best JRPGs on both the Master System and Genesis, and Phantasy Star Online ushering in things like the more modern-day Monster Hunter-style quest system for console-centric gaming, it never felt like it got its just due on modern hardware. PSO hit at a time when the Dreamcast was thriving, while its follow-up was released during a lean time on the system. The Gamecube saw a combo pack do well and a third overall revision brought card battling into the mix. PSO 2 as an experience launched in 2012, but never made its way outside of Asia despite fan demand.

Fans loved the game so much that English patches were made for it on PC, but it never seemed like there would be a legit way to play the game in English. After six years of delays and problems with an official English release, the closed beta has come and gone and allowed players to get a glimpse of what will be in store when the game launches on both Xbox One and PC this spring. The beta offered up a handful of missions and gave players access to the in-game casino — something that worked at blending in not only relaxation, but also fit the narrative of the in-game world. 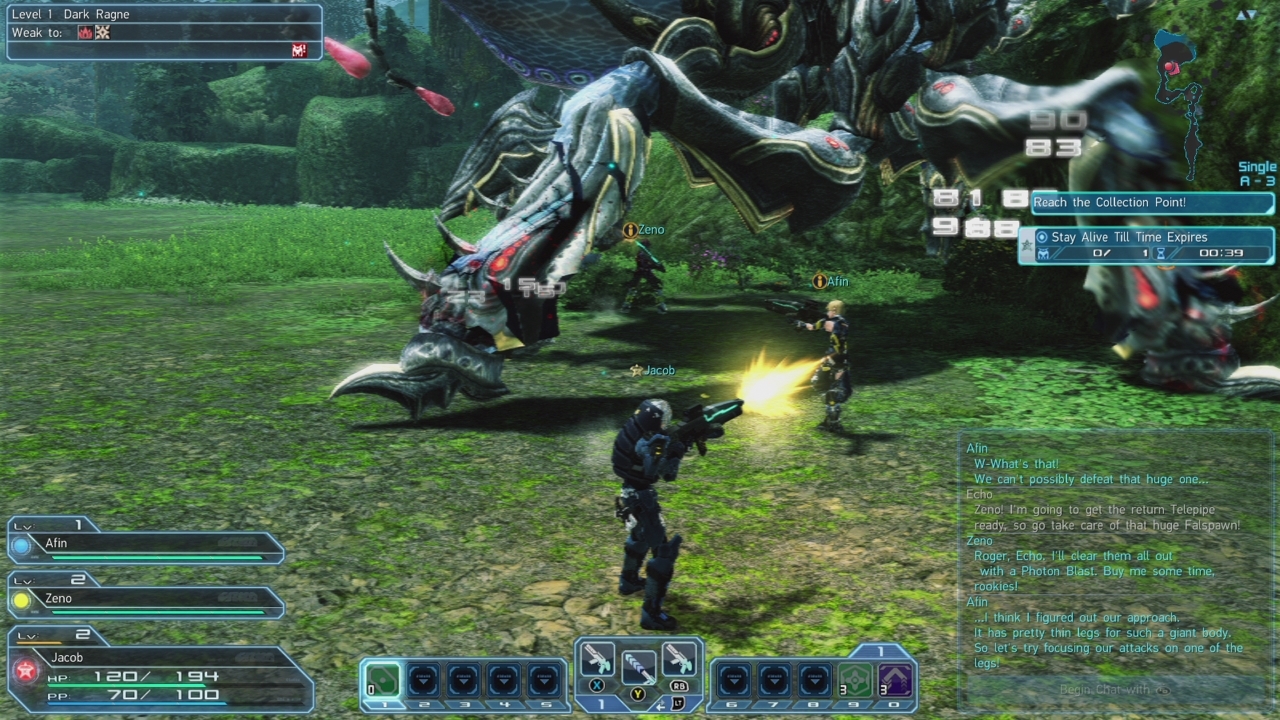 The original PSO was a somewhat clunky 3D dungeon-crawler that was far ahead of its time when it came to character customization, but hasn’t aged well when it came to combat. A lot of that is due to camera controls being less than ideal in the era before dual sticks became standard for movement and camera usage, and that’s something that PSO 2 nicely remedied. Combat itself was also refined heavily to be more natural and less mechanical. It’s very much the feeling of an original Castlevania game versus a Metroidvania-esque one where the core actions may be similar, but how they feel is completely different.

Both PSO games enable you to slash and shoot enemies depending on either your class or loadout, but PSO did so with very deliberate combat that lacked a true flow. The sequel remedied that by tightening up all of the controls to make them more responsive and adds in more action buttons so you can go between three different types of attacks with your weapon of choice to blend each type together to find your own preferred flow in battle. You may want to focus on long-range attacks to give yourself more time to breathe or go for the kill with close-range action. 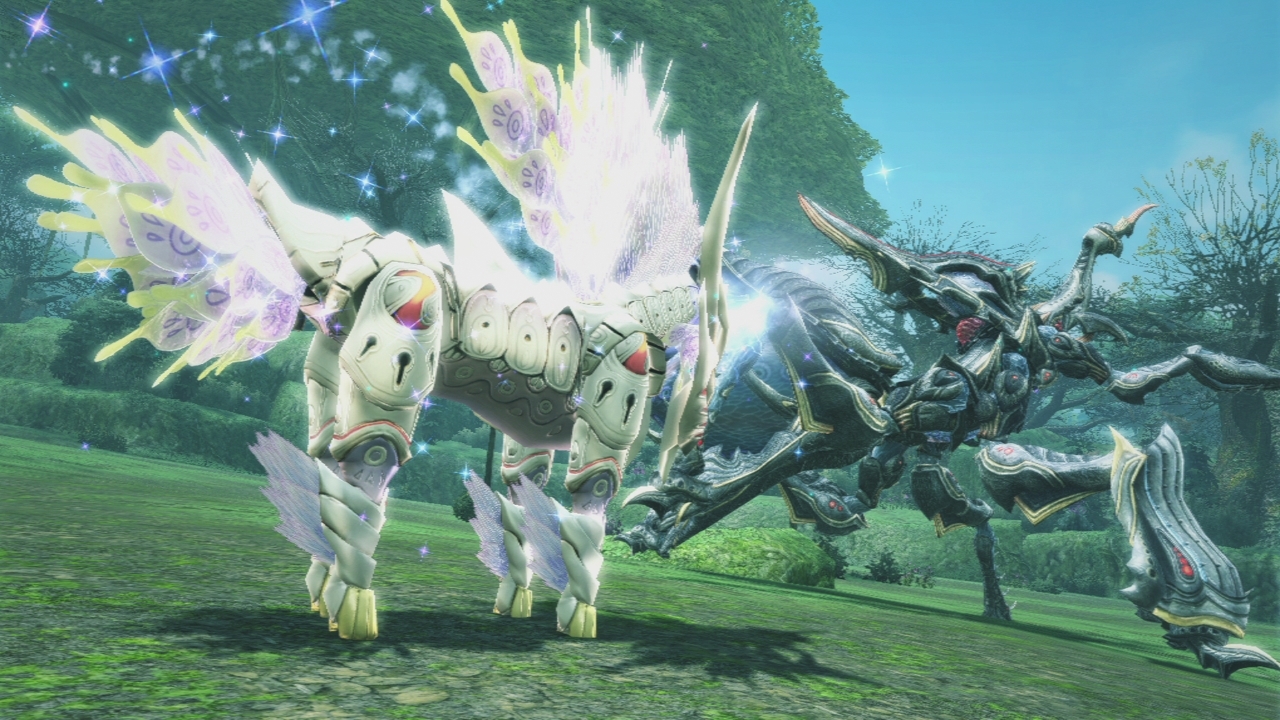 Being able to pick and choose reminds me a lot of playing a Mega Man Zero game where you have the flexibility to do both based on what kind of scenario you find yourself in. If you’ve got an urgent call to tackle a giant monolithic tank, then having a party comprised of both long and short-range specialists is great because you can have the long-range members attack the legs to hamper movement and then the short-range ones attack the head and other areas to do more damage across the entire enemy. There’s a touch of Shadow of the Colossus thrown in with battles like this too as you have to carefully scale the creature to find its weak spots — but thankfully, you don’t have to worry about stamina gauges or giant enemy crabs.

Urgent missions that require large groups attacking one enemy were the most thrilling in the closed beta, but there was something special about the mainline missions too. While they were more simplistic due to them pitting you against larger groups of small enemies and then a smaller boss, they still provided a challenge and required a different kind of teamwork than a massive boss battle. With regular missions, you want to team up to ensure that no one takes too much damage as healing items aren’t always plentiful as drops. Dying on the field could easily mean the team as a whole losing if you’re relying on one person to carry the load — so acting like a true team is the only way to excel. 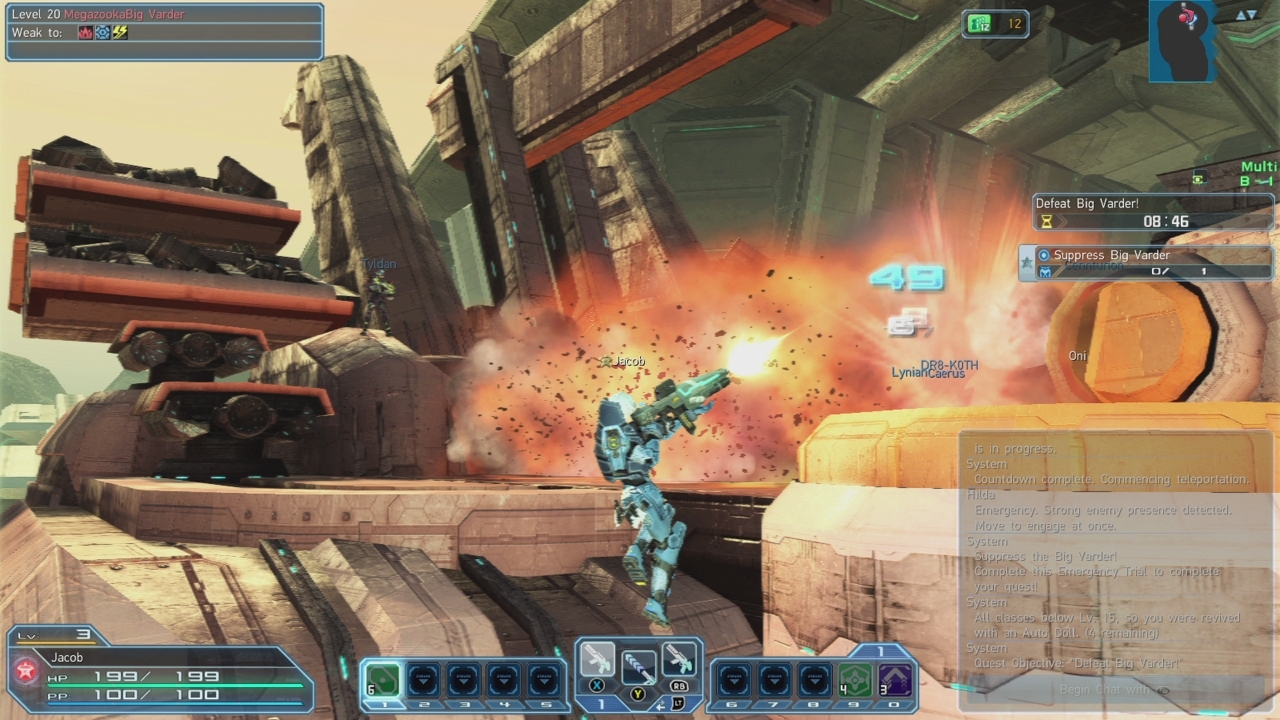 Combat is fantastic and feels modern despite this being an older game at its core. Luckily, there haven’t been a ton of gameplay advancements in action games in the last decade, so it feels newer than it is. For the most part, it’s a blast to control, although framerate dips did creep in from time to time — and that’s something that will probably get ironed out with time in more beta testing alongside the final release. There’s a lot to do beyond core missions as well. The casino is probably the biggest time sink as it allows you to explore a massive area full of slots, blackjack, number guessing games and the like to win drops and money.

As a sucker for a good game of blackjack within another game, this area was quite the pleasant surprise in terms of being so addictive. Getting sucked into the missions made it difficult at first to tear myself away, but then I got an urgent mission call and the usage of the casino struck me as brilliant. Within the game world, it exists as a way to unwind after a tough mission and that’s the case as the player too. When duty calls, you stop what you’re doing and take to action to try and topple bosses or whatever mission comes your way. This adds a risk/reward to using the casino too, as you can spend more time in it and nix the mission to maybe get a drop, but doing the mission and winning will yield more than the casino time would net you. 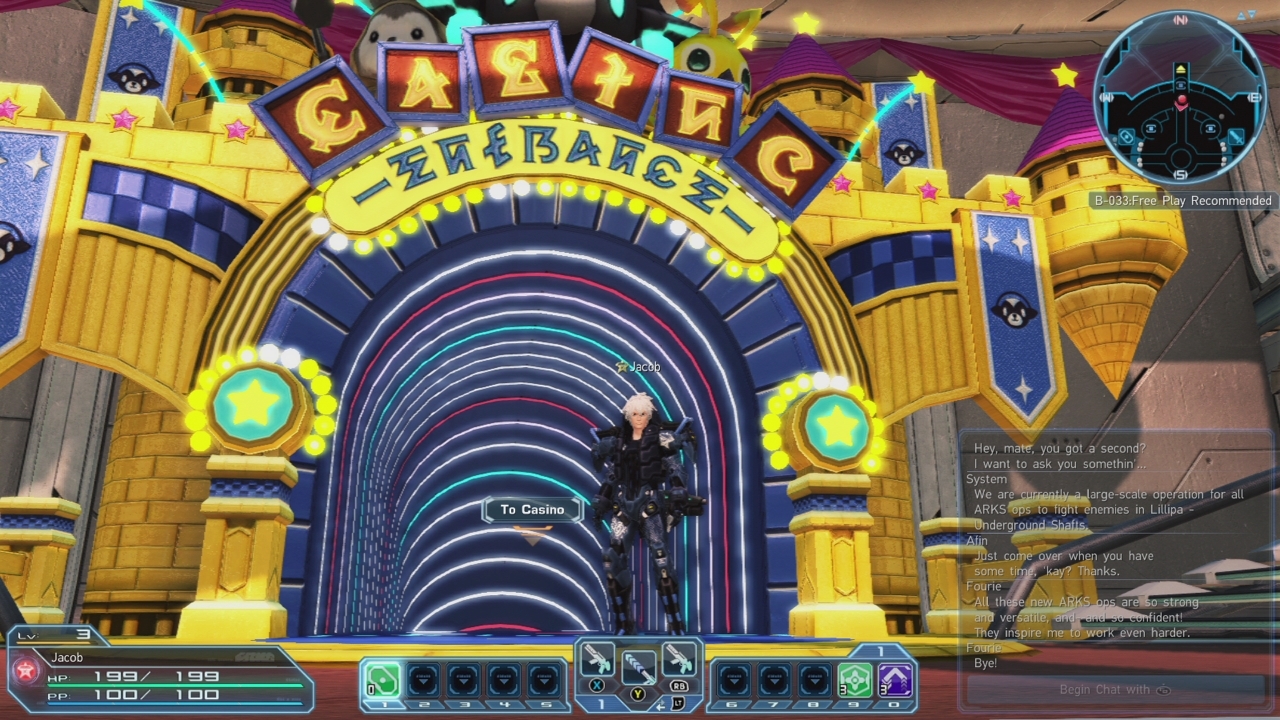 Being able to redo missions or take on side missions is nice as well since it lets you grab items without having to spend valuable money on them. Ideally, you want to focus your funds on weapons and gear and leave items to be drops on the field unless necessary. Having a full stock of healing items every time out is a must — and carry things that can help the whole party too. That can easily build up goodwill and make people want to keep playing with you and sharing the spoils of victory.

The free-to-play business model will be interesting to see unfold. There have been some versions with pay-to-win mechanics thrown in and that’s something Sega will want to avoid here with this game having a chance to really blow up big on consoles. If it gets XCloud support, then that could help it out even further. PSO 2 has everything in-place to be a big hit. It looks great for its age and doesn’t have many hiccups even in early stage and its giant hub world is both gorgeous and fun to explore. The soundtrack is also diverse, but still fits the space epic vibe they’re going for with the large-scale world. 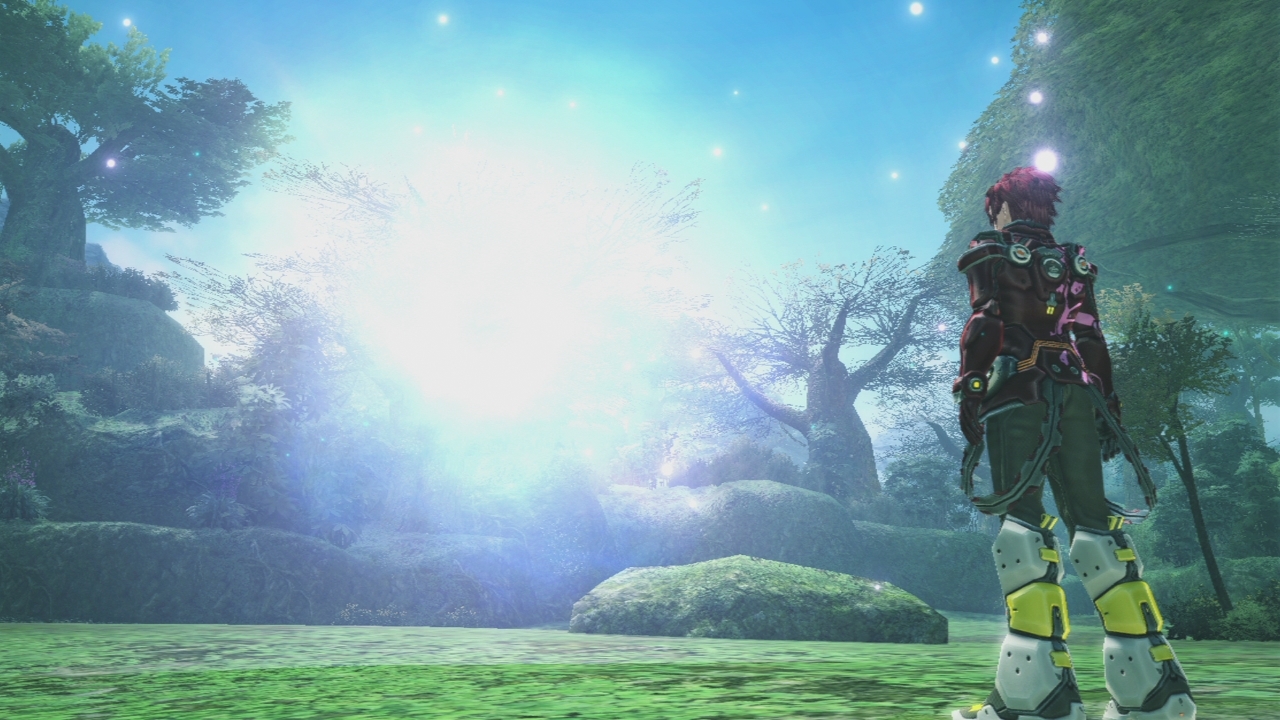 Even in a closed beta state, there was a lot to enjoy with Phantasy Star Online 2. The full game is only a few months away now and it’s going to be a treat for anyone wanting either a team-based third-person shooter or something akin to Monster Hunter that isn’t quite Monster Hunter. It’s a thrilling online experience and something that can keep you hooked for either long play sessions or smaller ones — as many missions are bite-sized affairs and even things like urgent quests can be done in fifteen minutes are less. It can be as much or as little of a timesink as you want. PSO 2 is shaping up to be something special and long-time fans waiting to enjoy the series again won’t be disappointed, while newcomers will be able to see what all the fuss is about.