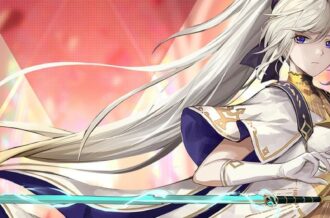 Poor little robot. It’s been left alone on a strange, alien world, the kind torn straight from a 1950s pulp science fiction cover, after an accident took out the crew of its ship. Or rather, almost all of its crew, because there seems to be someone still alive, sending out messages from their far away position, calling the robot onward to explore a weird side-scrolling world.  There’s something out there to discover, and whether its the call of the robot’s creator or the programed-in need to explore this bizarre planet, it’s time to head out for an incredibly hazardous walkabout.

Planet of the Eyes is a physics-based puzzle platformer where you need to guide the nameless robot past all the dangers a weirdly beautiful world can throw its way. Unfortunately for the robot it’s unarmed, so every obstacle becomes a problem to overcome by some usage of Planet of the Eyes’ physics. Even a straightforward jumping puzzle can become unexpectedly tricky when a sudden change in angle of the surface you’re launching from changes your momentum. 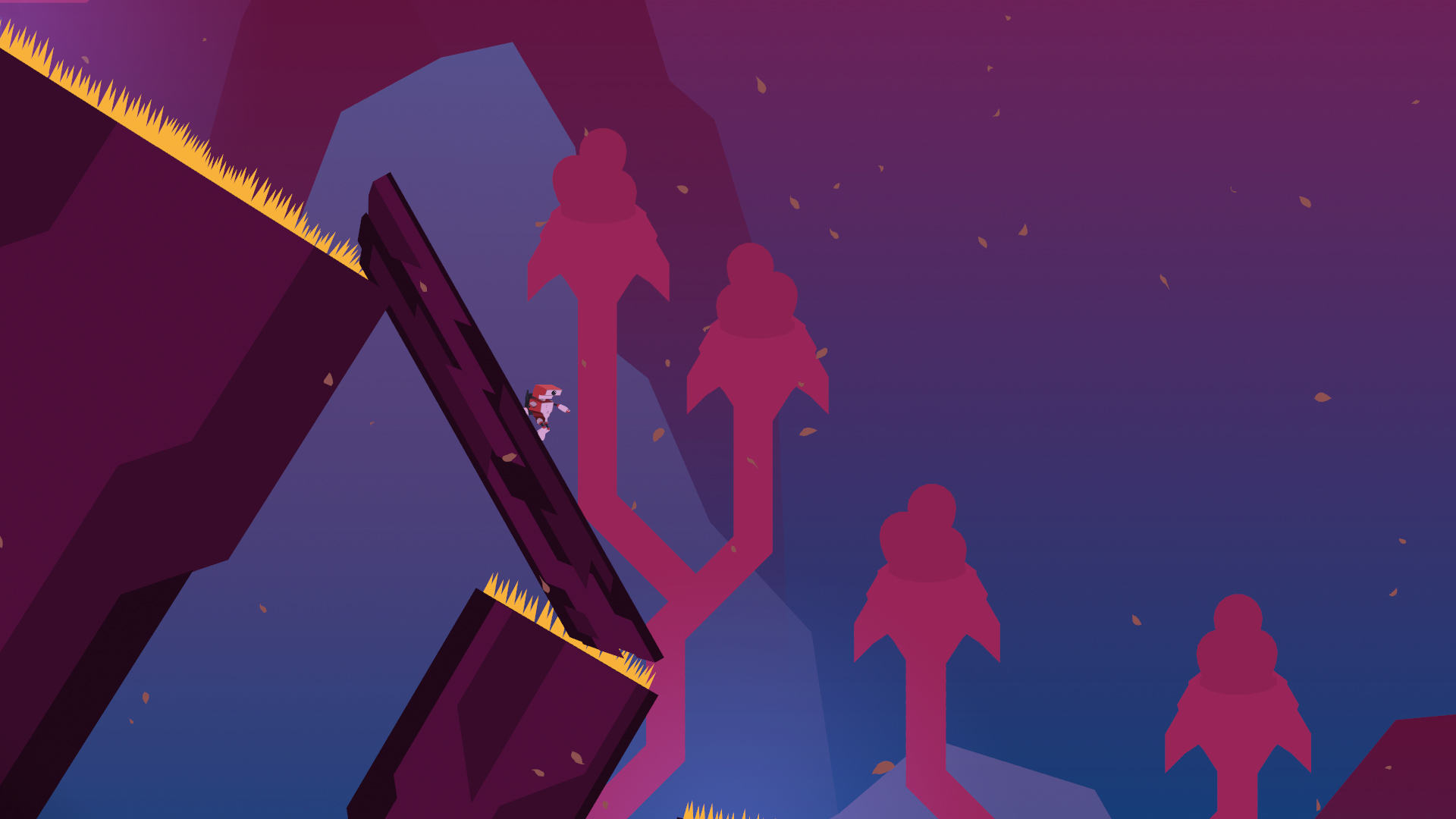 There were quite a few scenarios more complicated than that in the playable demo, of course, ranging from something as simple as dropping a piece of debris down a shaft to break the jam near its bottom, to figuring out how to position a wheeled cart at the end of a gently sloped hallway.  The problem wasn’t so much the movement, which was just grab and pull, as it was getting it into the electrified pit at the end without frying the robot while pulling the cart on top of it.  Climbing a ladder to a higher platform and going around the back to push the cart the rest of the way was the obvious course of action, but it instantly starts rolling back down the slope if you’re not holding it in place. You’ll need to race the cart to the platform’s end before it ends up back where it started.  Being a first-area challenge it wasn’t particularly hard, but the point was to teach the kind of thinking the rest of the game demands.  A little bit of orientation can go a long way when you’re sledding down a shattered hillside on a piece of broken terrain, trying to figure out how much momentum to preserve in order to not overshoot the jump at the end.

Honestly, though, this is hardly the first physics platformer we’ll ever see and it won’t be the last.  What makes Planet of the Eyes such a standout isn’t just that the two levels I played were well done, with some surprises both fun and deadly, but the art style that brings its atmosphere to life.  Despite being in 3D with a 2.5D presentation, everything looks flattened out with a style torn from a 1950s science fiction cover.  The kind with weird planets hanging in the background while strange retro-futuristic computers bleep and bloop and a robot does robot-y things, all depicted in moody blues and purples and reds, rather than the ones taking any excuse to depict a naked female.  (You can lose a lot of time on a Google image search of 1960s and 1970s sci fi covers.  Seriously, be careful of those links if you have things to do today!)  The wonderfully odd flora and fauna of the planet, it’s fragile terrain covered in cracks and jagged edges, and a sky filled with stars and planets all add to an exaggerated but utterly lovely concentrated dose of pure scifi imagery. 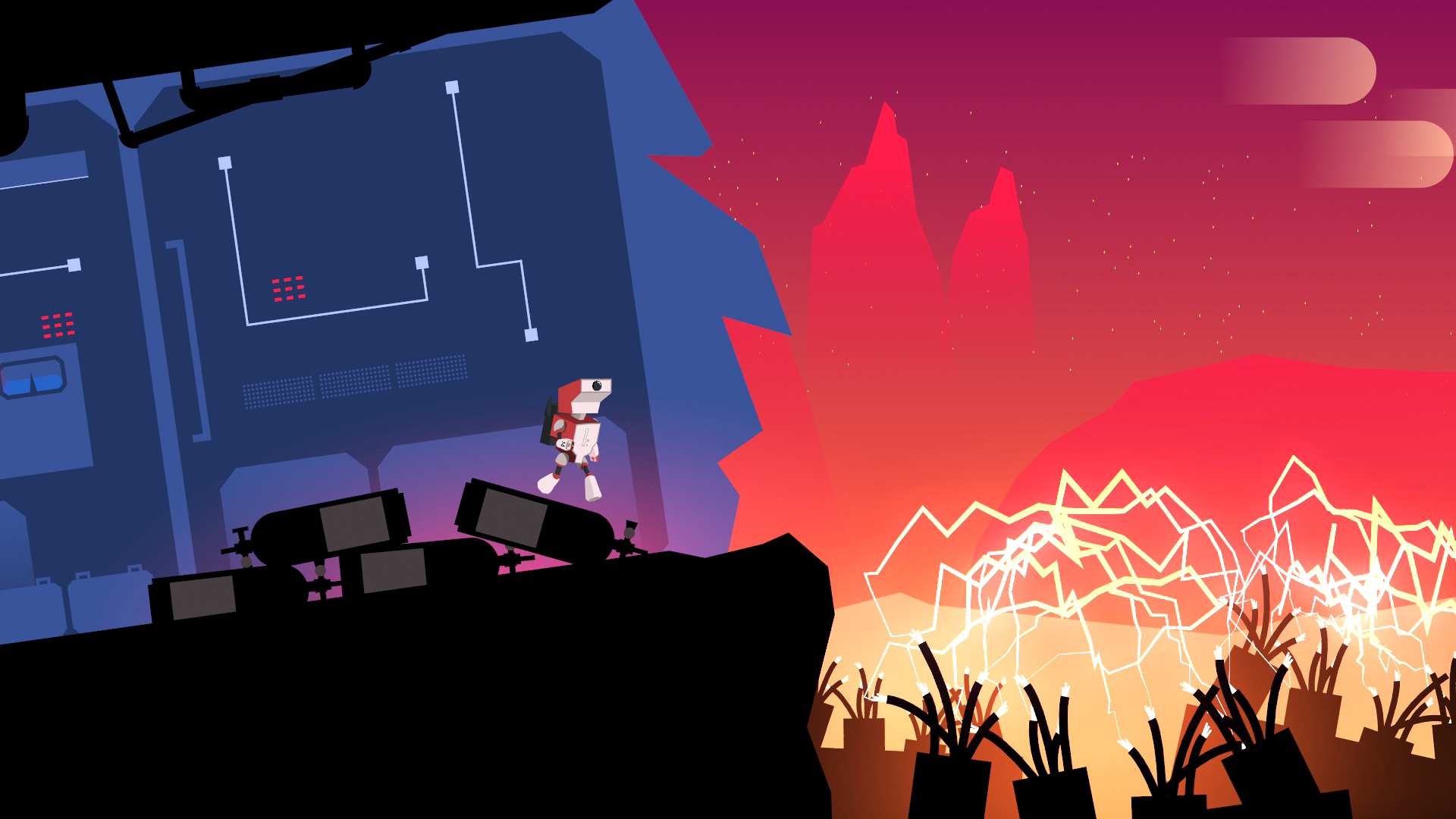 The Planet of the Eyes demo was a fantastic dose of platforming and atmosphere.  Even walking across a section where not much was happening was made interesting by the environment art and the little robot’s stiff but still lively animations.  There may be a dark, mysterious secret hiding at the core of Planet of the Eyes, but it can wait for a bit of sightseeing amidst the dangers and platforming to be had along the way.