In many ways video games have matured since their inception several decades ago. Some games take the medium in new directions, forcing people to examine whether games should be viewed as art instead of just mindless entertainment. Some have stories that force people to feel complex emotions or examine greater existential concepts from a fresh philosophical perspective. Some can even spark an interest in literature or history. And then we have Postal 4: No Regerts. The Postal series is infamous for for being nothing more than a playground of human depravity, where it pushes the envelope in poor taste and offensive content, and by comparison can make other reviled games by the Tipper Gores of the world like Grand Theft Auto seem downright wholesome. There’s nothing redeeming about the content of Postal 4 and the argument can be made that simply liking this title makes you a terrible person. This may be a large part of why I enjoyed it.

The title begins with a down on his luck tale about the pursuit of the American dream. Our hero, for lack of a better term, begins his journey out in the desert on the outskirts of town of Edensin. His home has mysteriously up and left him, and he is left alone with no home, wife or money. To rectify this he does what any sensible person would do which is look for a job, which is to say he gets a Sharpie and writes on a discarded piece of cardboard that he’s willing to engage in crude acts for money. Once the sign is in hand, it’s off to town to show it to as many random people as possible who are shockingly rude in expressing their lack of interest in buying what he’s selling. The world of Postal 4 is open for the player to explore how they see fit and there’s the option to be as violent or pacifistic as the player chooses. 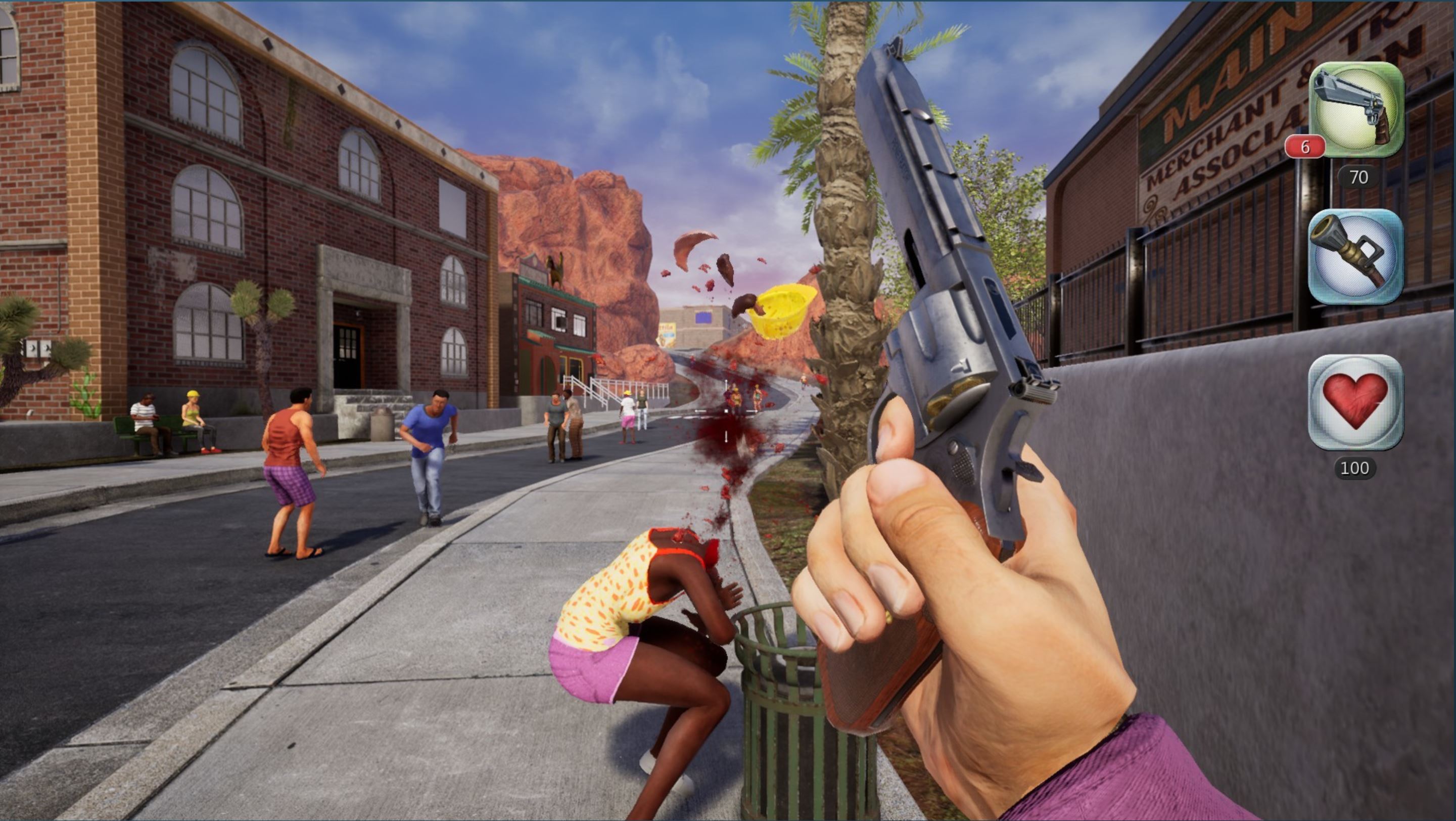 Exploring the town does remind us that this is in fact an entry in the infamous Postal series. Adult language, crude sight gags and other instances of deliberately-offensive comedy pepper the landscape. Eventually one of the dozens of prospective employers who rejects the characters’ services happens to point him in the direction of employment, and once it’s been established that despite what the cardboard sign says the adult film industry is not among the suitable professions for this guy, he’s given some options at more honest work. Considering this is Postal, guard at the local jail seemed like the the type of work that was in order.

The Postal 4 take on county jail employment is pretty accurate: all the cells mysteriously get open on a day when no other staff showed up for work, but there are plenty of firearms lying around. The player needs to secure all the cellblocks by entering keys into the terminals to lock everything down while controlling the inmate population. And controlling the inmate population usually means a shotgun blast to the face. One could say that is a realistic depiction of 12 gauge to the face at three feet, but even at its goriest there was a cartoonish quality to the horrific violence. 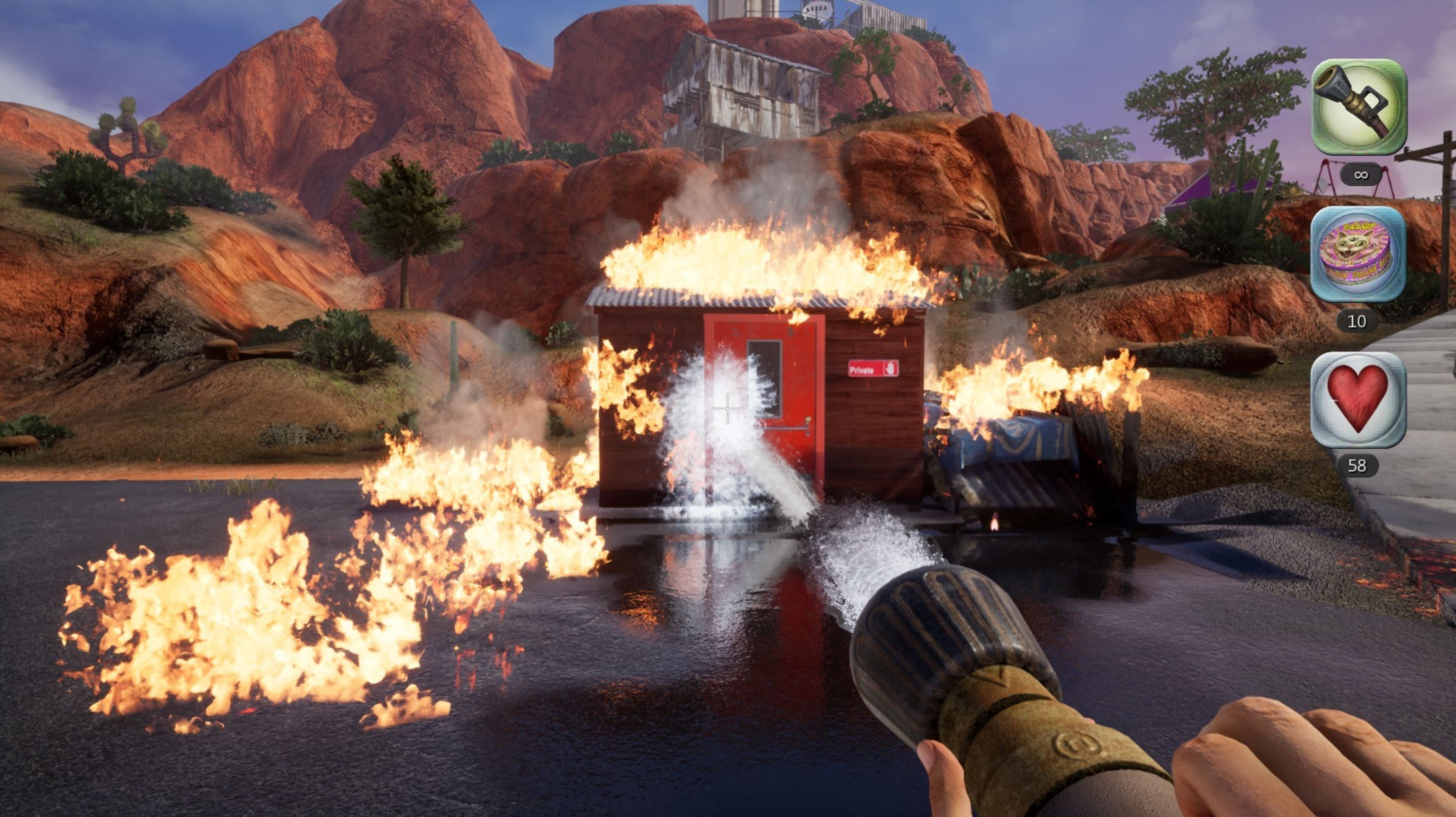 Postal 4 supports both controller and mouse and keyboard inputs but based on the Early Access build mouse and keyboard is the way to go. The gameplay is in the true spirit of the Postal series, which seems to be adequate gameplay mechanics mixed with over-the-top attempts at poor taste and low brow humor. From what we’ve been able to play, Postal 4 falls into the style over substance category. The gameplay is just polished enough where it could be an enjoyable if forgettable experience. What makes it memorable is trying to live up to the legacy of the moniker proudly warn by its predecessor Postal 2: The Worst Game Ever. From an Early Access build there isn’t enough material to judge if it reaches that lofty title, but currently the content suggests that “a terrible game for terrible people” will likely be a fitting label. Fans of the satirical and outrageous nature of the series may regert missing out on this one.