Since when has August been the month to release a slew of big budget games? Last year, all we got was Deus Ex: Human Revolution and Insanely Twisted Shadow Planet. August 2012 is packed to the brim with highly anticipated titles such as Sleeping Dogs, Guild Wars 2, Persona 4 Arena, Deadlight, The Last Story, New Super Mario Bros. 2 and Dark Souls: Prepare to Die Edition, just to name a few. One title, on the other hand, may very well stand on top of the list, offering a sequel that has improved in every way possible to the 2010 sleeper hit, Darksiders.

The small changes to sequels like Uncharted 3 or Fable III pales in comparison to what Vigil Games and THQ have done with the Darksiders franchise. Darksiders II is entirely new game that, if not for Death, could easily be confused for a new series on its own. The sheer amount of changes and revisions the developers were able to rework in the game make it a remarkable successor alone. 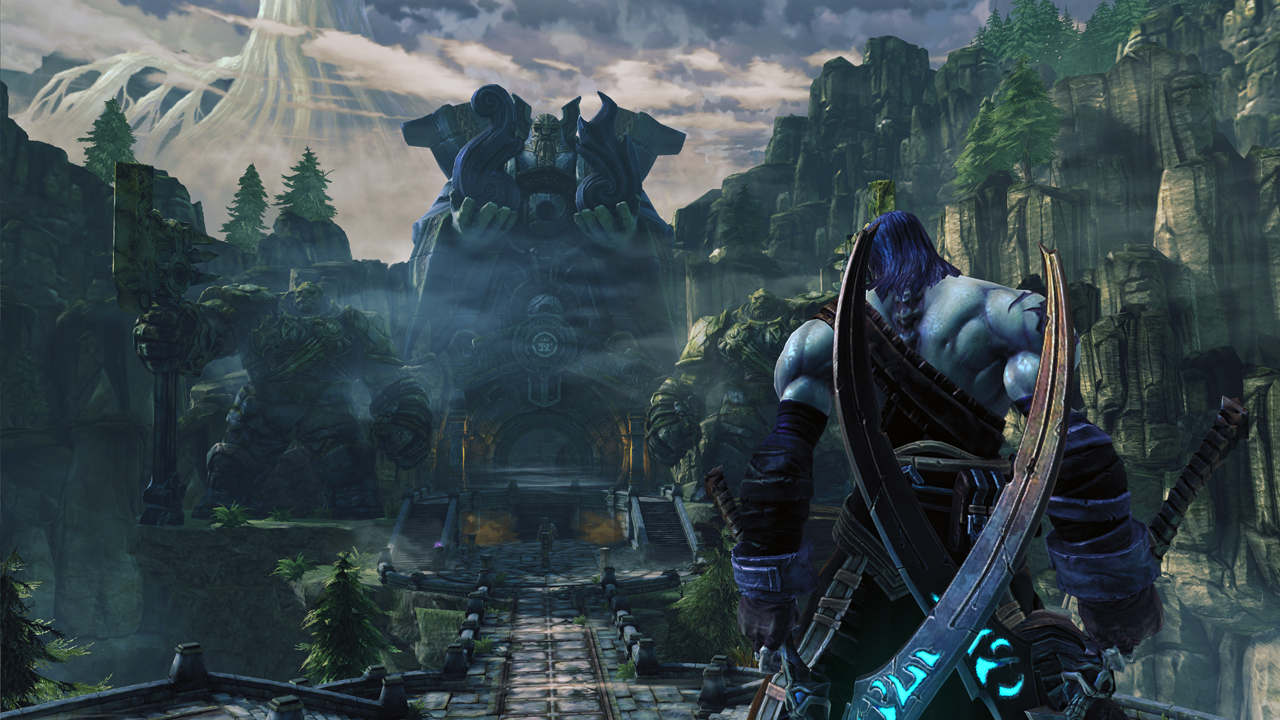 The story around Darksiders II takes place close, if not synchronously, to the events of the first game. The council who controls balance in the universe has put War in chains for 100-years under the suspicion of prematurely unleashing the apocalypse on Earth. You play as his brother-in-arms, Death, who has little belief of War’s treacherous actions, but instead of clearing his name, which War has kind of already done, he goes to right what was wronged in the world. Meet an entirely new cast of characters and delve into a much deeper fiction that touches upon ideas that were either vague or scarce in the first game.

Character customization is a large part of what makes Darksiders II so special. The most you could change before were the enhancement slots or War’s appearance upon obtaining all the shards of the Abyssal Armor. Darksiders II looks to expand heavily on this concept by giving you individual pieces of loot in which can be equiped to our lead hero. These pieces of armor and clothing will give Death a new set of attributes, allowing him to go into battle better equipped, or if you’re the sort of person who is willing to sacrifice a few stat points for appearance, you will be styling through combat. It plays a role in both the battle system and at the same time can be purely cosmetic. 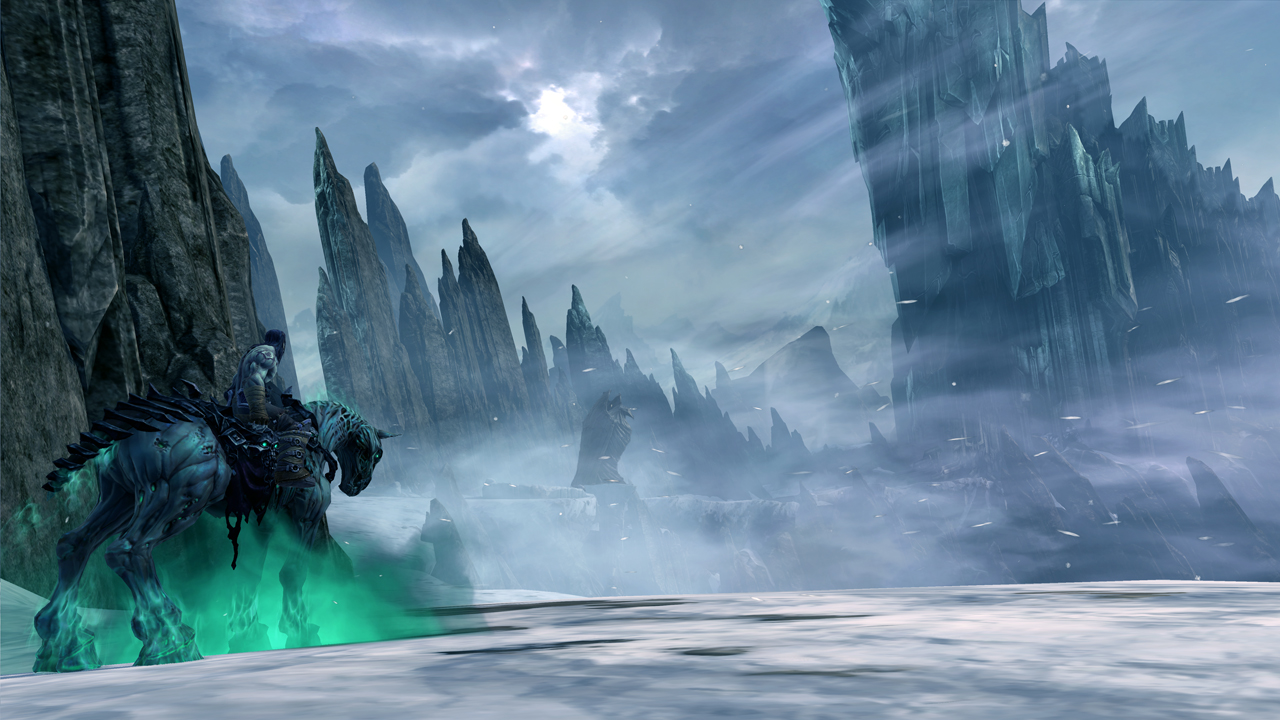 It’s not just about customizations to your appearance, but loot in general. This is by far the biggest new addition as loot brings a whole new way of playing to the table. As you hack and smash through your opponents, there is a chance that an enemy will drop an item, whether it’s a piece of armor, health items or even weapons. The first game mainly consisted of three different melee weapons (Chaoseater, The Harvester, and Tremor Gauntlet) with a couple of long-ranged weapons for those nasty pigeons. In the second game, you can expect enemies to drop a multitude of weapons, ranging from lighter-weight claws and tonfas, to heavier hammers and axes. Some weapons even come in higher tiers where you’re able to feed them your useless, under-leveled loot. At the very least, it’s sure to save time going back to town to sell those useless pickups.

In the first game, combat had a linear approach to each situation, mainly consisting of using your Chaoseater with a secondary weapon here and there. It felt like a Devil May Cry style game where the X/Square button was your only friend. Thankfully, the system has been completely revamped in Darksiders 2, as combat feels more dynamic and reliant on the weapons and abilities your character possesses. You can string a wide variety of moves together, offering a tighter and more accessible combat system that leaves it up to the player to change. Vigil Games has also added a skill-tree, allowing players to play how they want to, which mainly consists of two sides: Harbinger and Necromancer. Harbinger is the more combat heavy, clashing of blades fighting style, whereas Necromancer is conjuring spells and magic on your opponents or adding elements to your arsenal. It’s safe to say there are many ways to play Darksiders II. 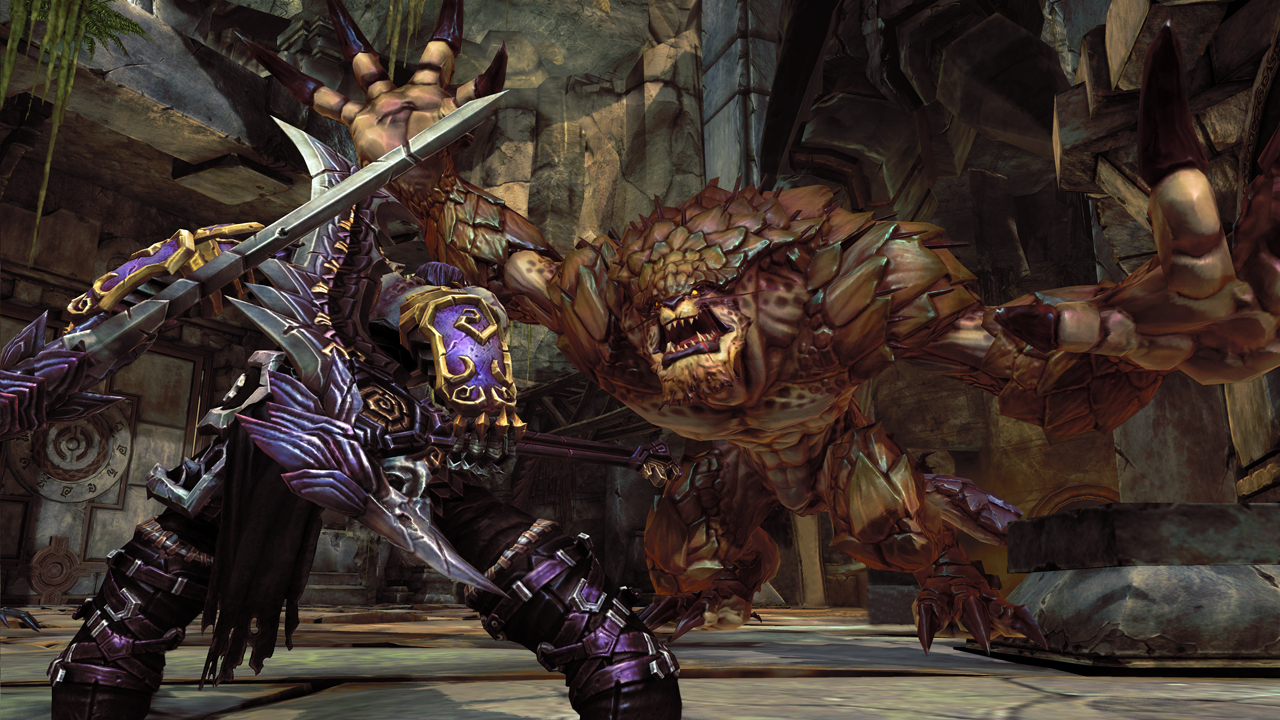 Darksiders II is the perfect example of proper video game evolution. By offering an immense world with rich gameplay and deep lore, it improves everything the genre has to offer. Thankfully, the developers know how to progressively improve a series to a degree where it’s only lightly being compared to its predecessor. With less than a month before release, Darksiders II is shaping up to be the must-have game of 2012.