It’s always good when two top-tier franchises battle it out for the hearts and wallets of their genre’s fan-base, and soccer is no exception. Year in and year out, FIFA and Pro Evolution Soccer have been going head-to-head, and while FIFA has had the upper hand the last few years, PES has been substantially tweaking its formula in an attempt to find a new balance between arcade and sim. PES 2013 is the result of several years worth of blowing off the cobwebs and shining a light into the dark recesses of the engine, and it’s paying off handsomely.

In addition to nailing the sweet spot between fast action and slavish realism, PES 2013 has three big additions to this year’s engine- Full Control, Player ID, and ProActive AI. These are designed to make the game not only offer more control options, but do so in a way that’s accessible and makes the game play and look more like what you’d see in an actual match. 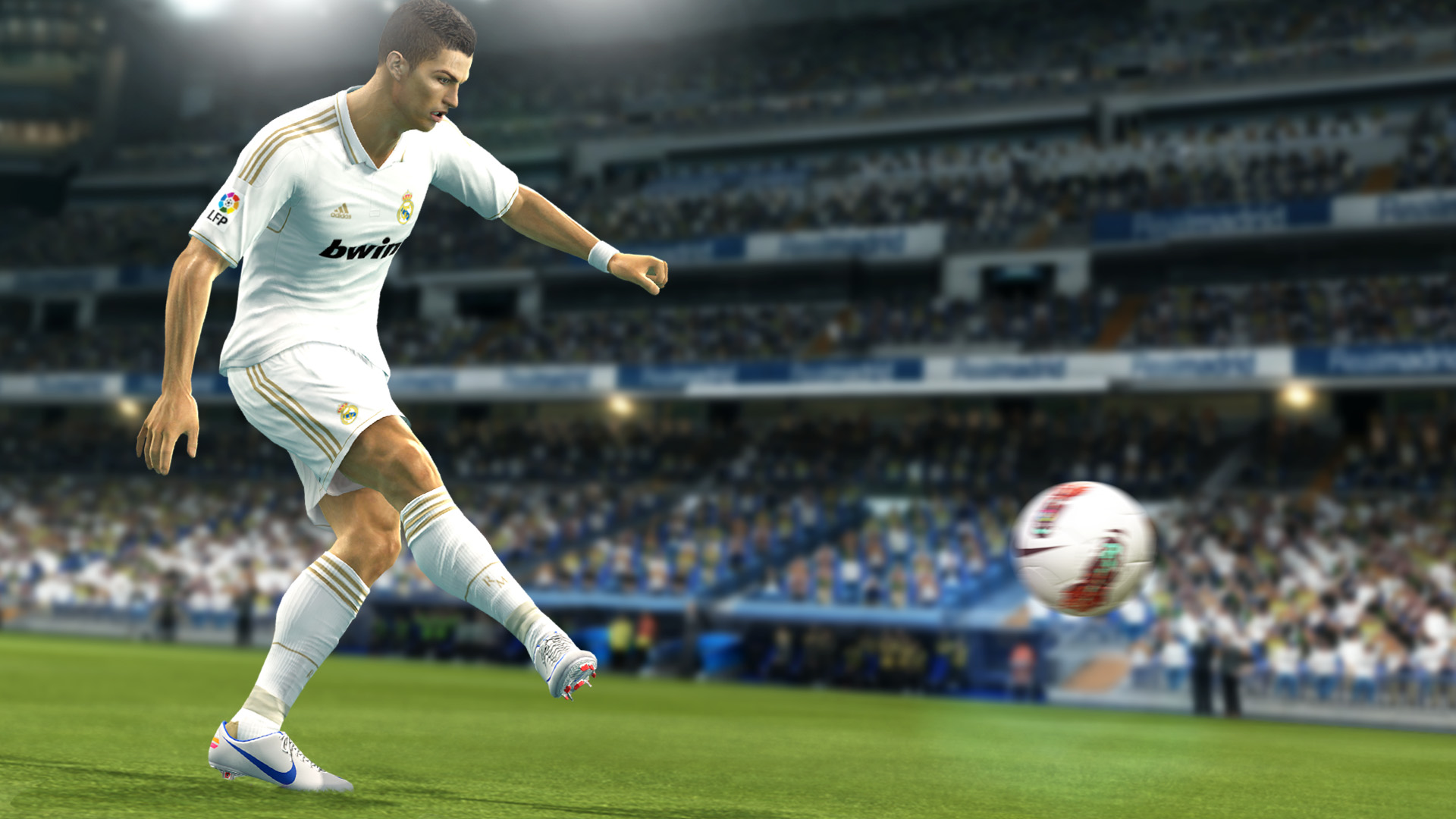 Full Control is a fancy name for new ball-handling options, useful for faking out opponents or just trapping the ball so it doesn’t go flying off. The moves are simple enough that it doesn’t feel you need a spreadsheet and daily multi-hour training to master the techniques, but varied enough that there’s always something clever you can do. Alternately, you can just grab the ball and run like mad, dodging like a crazy person while working on your passing game. That’s fun too.

The ProActive AI, however, means you’ll be wanting at least a couple tricks up your sleeve. Defenders are smarter this year, moving as the situation warrants and doing a good job of reacting to changing conditions. They’re also going to be looking and moving like the actual players, thanks to Player ID. A smooth, fast, graceful player in real life is going to be major trouble in the game, as is a smooth, fast player with an unfortunate running stance, but at least they’ll be as amusing to watch in PES as they are on the real-world field. 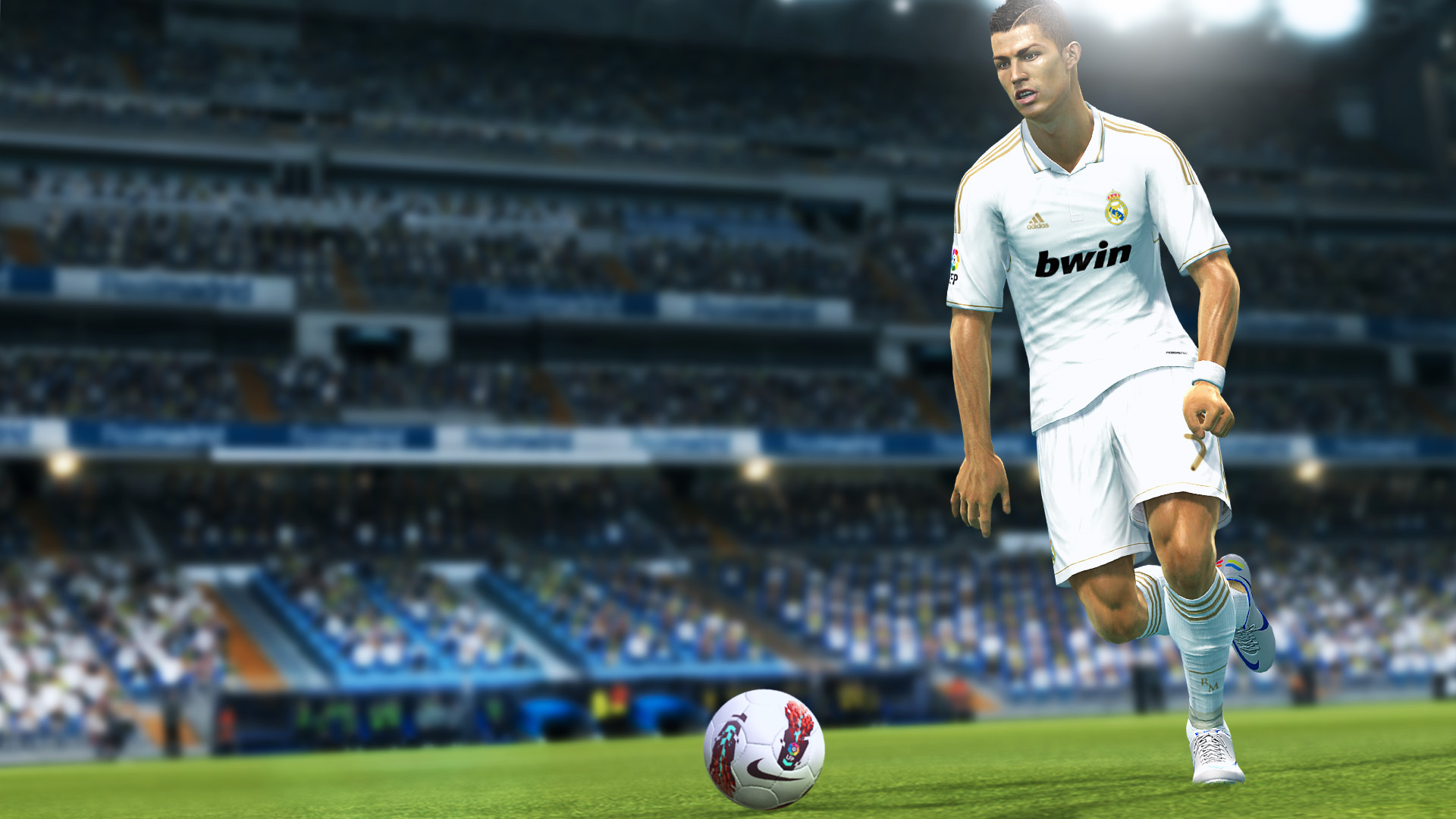 Nice as all these features are, the one that impressed me most is how very playable the whole affair is, especially for those not well-versed in the genre. My limited time with PES 2013 showed a fast, active game that’s highly accessible, fun, comprehensible, and loaded with subtle touches. Learning to keep the ball moving from player to player or when to keep possession, how to mount a successful defense, or even just messing the the opposing team’s heads, was all there on the screen, instantly accessible. There’s a lot of depth to the control, and unlike many sports games PES is willing not only to let you learn but remains fun while flailing about attempting to add a new technique to your skill set. It’s an impressive balance between complexity and noob-friendliness.

It only took a couple of rounds for Pro Evolution Soccer 2013 to sink into my brain, shedding light on a world of possibilities in persuading a small regiment of players to finesse that ball past the best strategies the opposing team could throw my way. The opposing AI can still hand me my head, of course, but it’s the kind of loss that encourages better gaming. The dozens of teams and hundreds of real-world players, with their quirks and move sets, will please the soccer fanbase, but it’s the clean, flowing gameplay that will invite them back time after time.  The longstanding rivalry between PES and FIFA continues unabated, but FIFA will have to pull out all the stops to compete with this year’s PES.