While there are many topics pertaining to environmentalism that are great at igniting incendiary debates there’s one hard fact that everyone can agree on: the world is full of garbage. This is generally accepted as being a bad thing but like most tragedies can lead to some entertaining examples of art imitating life. As our dependence on plastic and love affair with disposable one-use items pushes our planet to the brink of being uninhabitable it also provided inspiration for the unique city builder Flotsam. The trillions of tons of garbage that inhabit the ocean may have destroyed the habitat of all marine life but soon su trasha will be mi casa.

Flotsam could serve as a warning that our civilization will eventually cause a great flood that submerges the world in the most disgusting water imaginable, but never has a post-apocalyptic world had such endearing charm. The drowned world is brightly colored with an overall cheerful atmosphere, which leads to a lighthearted feeling game as long as the player ignored the billions of people in their watery graves. Flotsam begins with three survivors marooned out in the vast ocean. There isn’t evidence of any current society in view but countless carbon footprints in the form of various pieces of garbage and debris float in all parts of the ocean. 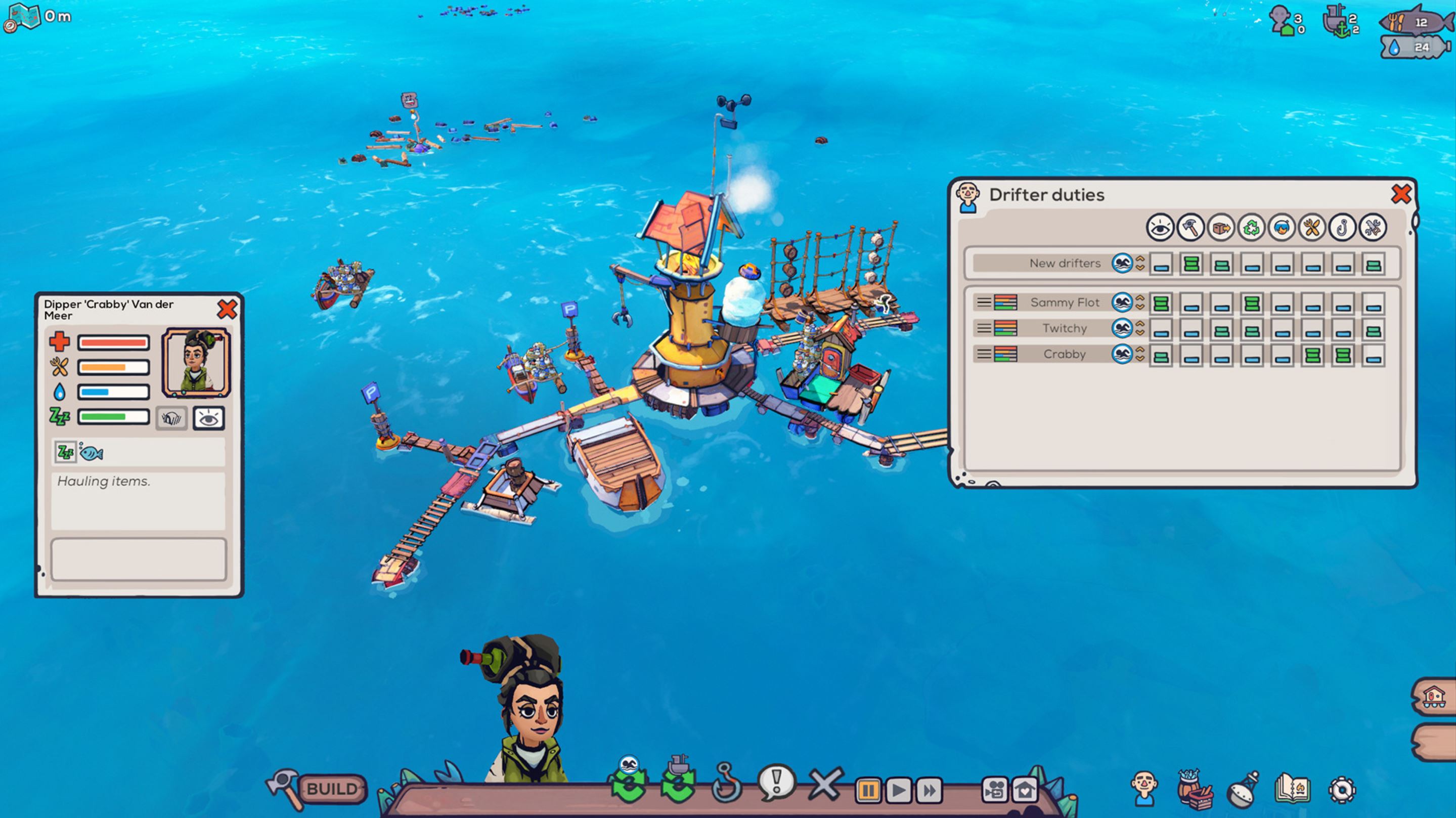 The objective from here to rebuild society in this water-covered world. The way to do this is by taking recycling to a new level with a somewhat ironic twist as all the garbage that contributed to the end of civilization as we know it is now being reused and repurposed into building a buoyant city. The player can send their marooned characters out to the ocean to collect garbage and wood which in turn become the raw materials for turning their current location into something resembling society. An interesting point about Flotsam is how the developers were able to create such a beautiful world when everything is literally garbage.

The first thing to do is take some of that garbage and stretch it out into a long plank. This gives an anchor for building other facilities such as a dryer which is needed to dry out the gathered wood to get it ready for construction among other things. A water purifier is in order since drinking garbage filled ocean water can have side effects that include dying and a place to sleep since swimming can get exhausting. As more structures are built and greater materials gathered the freedom to open more options becomes available including boats so the player can travel off to new locations to build. The UI and menus look great and are intuitive to follow. Balancing out resources is where things get tricky since there never seems to be enough food for everyone and figuring out how to get fuel for the water purifier wasn’t initially obvious. The game moves slowly and it’s almost at the point where it can be played in the background while the player does other tasks since characters take their time gathering resources. 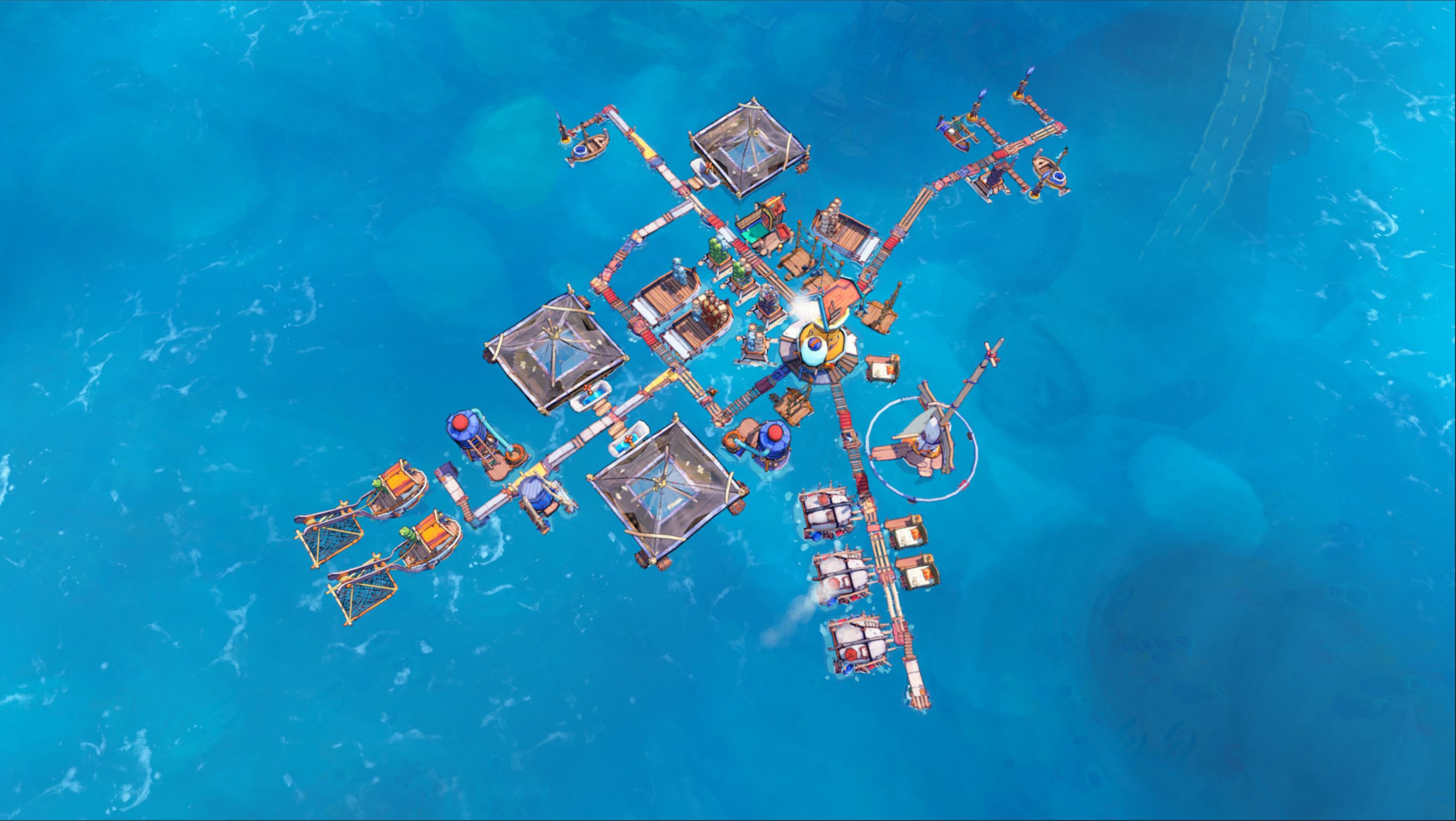 Flotsam offers a unique take on the city-building genre. The colorful art direction and overly light tone make for a generally cheerful game about rebuilding society in the middle of the ocean and trying to keep your survivors alive. Balancing food, rest, water purification along with harvesting construction materials make for a enjoyable balance of survival and town management simulation. In the current state we’re unable to render a final verdict but from what we have played there is potential for an entertaining city builder. Flotsam is currently available in Early Access.