Like its predecessor, Resident Evil 3 uses the RE Engine to great effect. The game looks gorgeous in its demo state, and at least on PS4 Pro, delivers a near-perfect 60fps. Resident Evil 3 trades Resident Evil 2’s R.P.D. Station for the streets of Raccoon City. You’ll witness fire casting zombie shadows across the wall, neon signs illuminating the decimated streets and visible destruction as Nemesis chases you. There’s still intimate and horrifying confined sections in buildings, but overall the scope is much larger than what was in Resident Evil 2. The RE Engine has already proven it can deliver stunning-looking visuals across various genres and it’s living up to its pedigree once again. 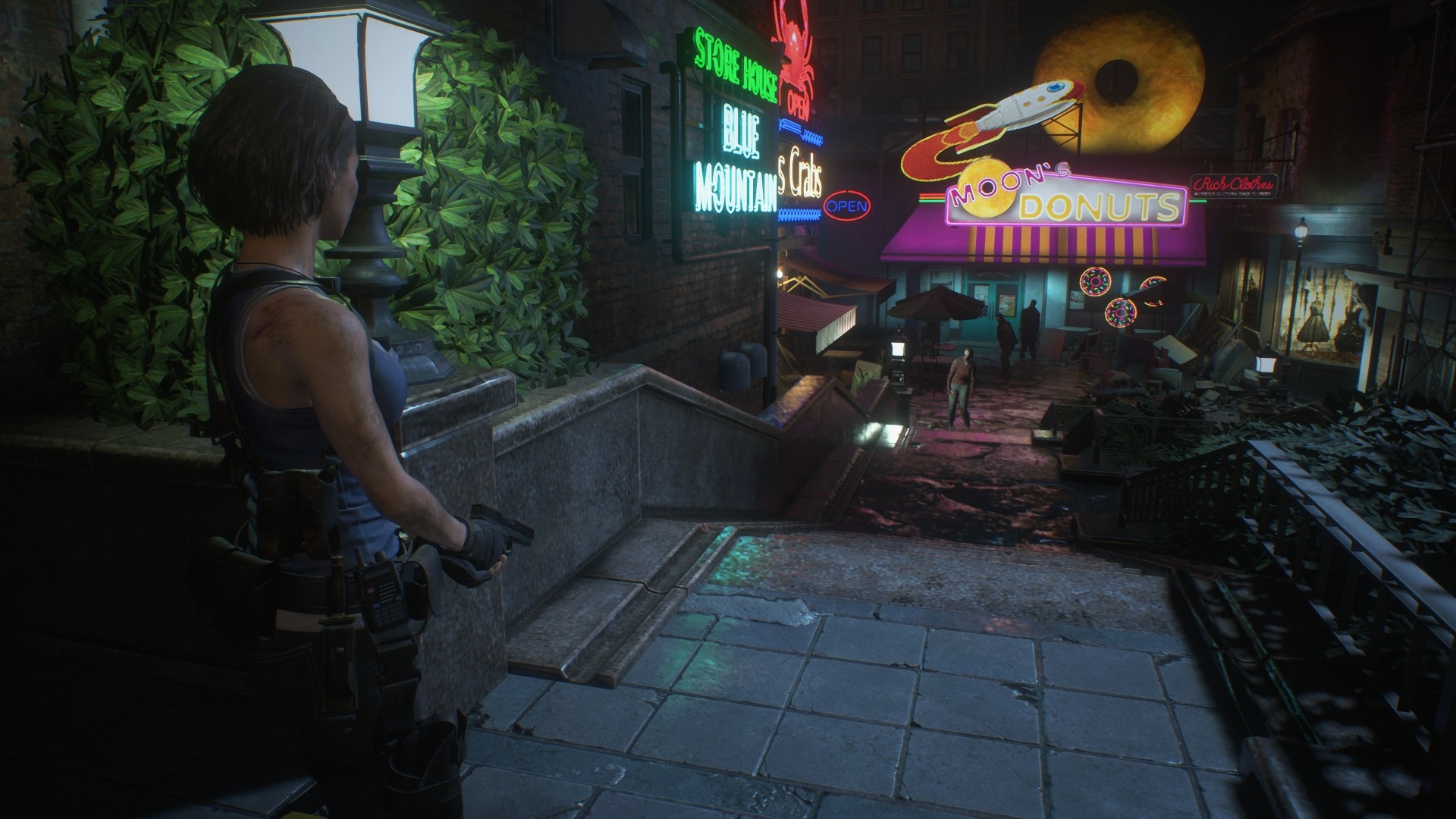 Resident Evil 3: Nemesis, while still survival-horror, incorporated more action-oriented gameplay mechanics that vastly increased the pacing of it compared to its predecessors. As such, it shouldn’t be surprising that Resident Evil 3 takes a similar approach. Jill Valentine, a more senior officer, has skills that Leon and Claire wish they had. A new evade move allows Jill to dodge zombies. Perfectly timing an evasion activates slow-motion, which enables a small window to counter fire. It also helps that, unlike Leon or Claire’s knives, Jill’s knife won’t degrade upon use. Finally, as the ‘Master of Unlocking,’ Jill also can pick locks in the environment.

Of course, Resident Evil 3 still shares D.N.A. with Resident Evil 2 and Resident Evil 7. Resource management is still a high priority, with Jill able to craft ammo. Zombies still take quite a few bullets to take down, which makes strategizing when to fight and when to fly a priority. Luckily, there are plenty of weapon mods to find throughout the journey that’ll make your weapons more effective. 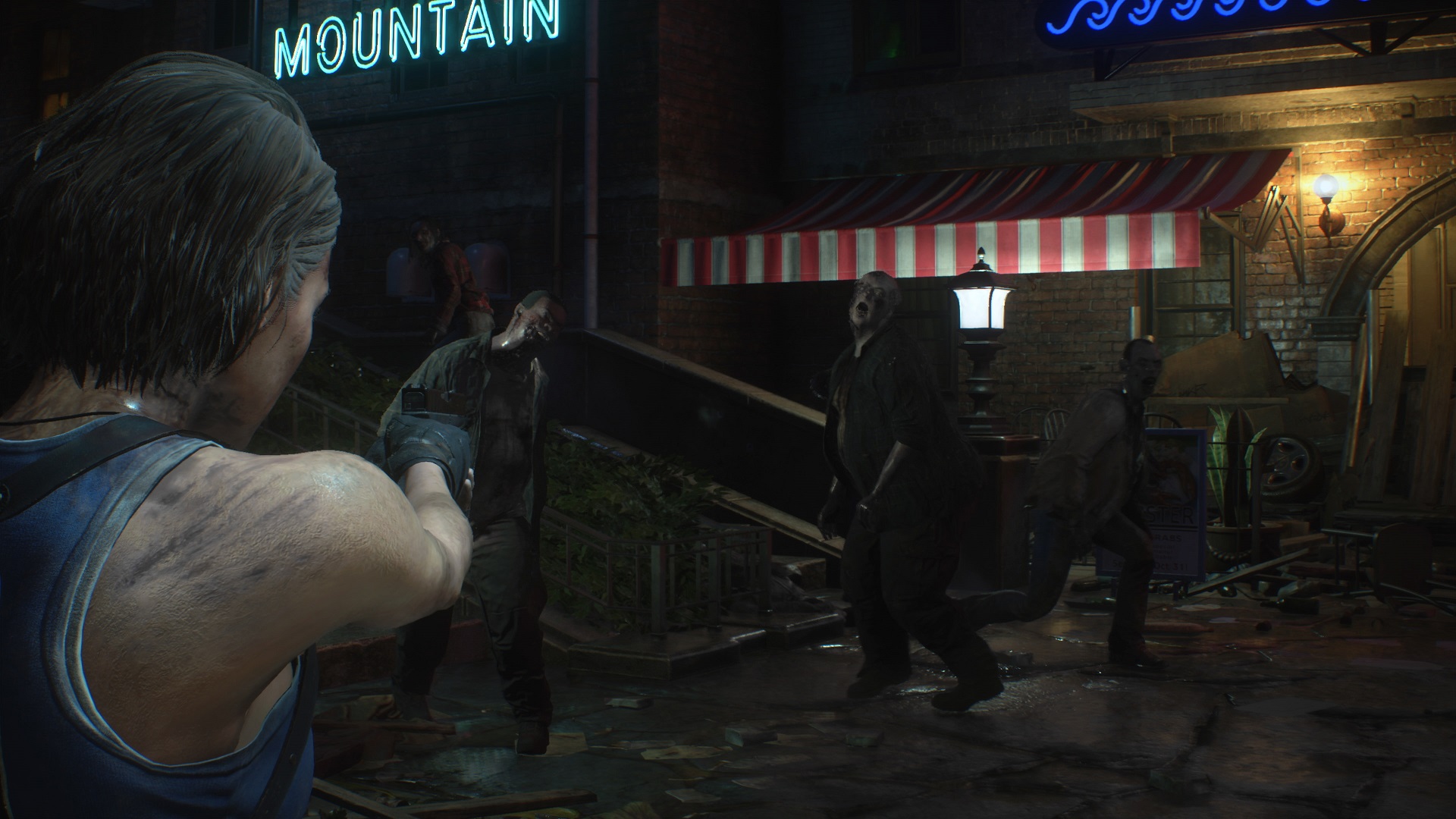 A discussion about Resident Evil 3 isn’t complete without Nemesis. Though his name no longer appears in the title, his dominating presence is sure to haunt player’s nightmares. Resident Evil 2’s Mr. X may have started as a horrifying presence, but as the game progressed, players were quickly able to cope with him. In essence, he devolved into a distraction. That doesn’t appear to be the case with Nemesis.

As with the PlayStation original, Nemesis will pursue the last remaining S.T.A.R.S. member with ferocity. He can grab her with tentacles, leap across the map, and when up close, deliver overpowering punches. Then there are his ranged weapons, like his rocket launcher and brand new flamethrower. A combination of melee and ranged attacks make him a formidable foe in any scenario. 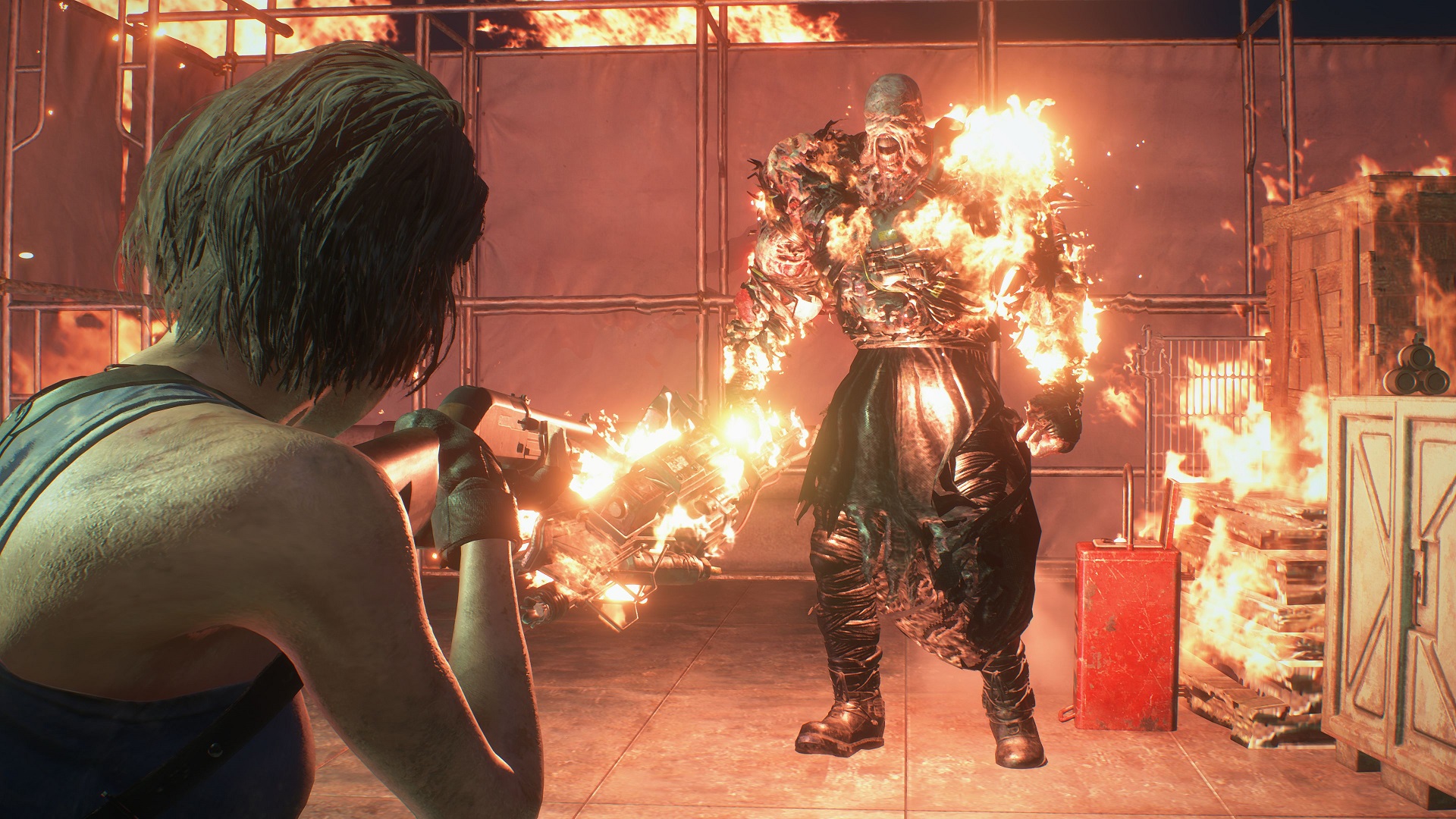 Nemesis isn’t going to be a pushover like Mr. X was. If players are to engage in combat with him, it’s best to utilize the environment. Despite being a city with a civilian population, quite a few explosive barrels are lying about that deal excellent damage. Engaging Nemesis might be terrifying, but sometimes it’s worth it. Taking him down might yield rare resources.

Resident Evil 3: Nemesis may not have been Capcom’s original plan for the third entry in the mainline series, but it was still an excellent game. With the Resident Evil 3 Remake, Capcom has the opportunity to reignite interest in the final chapter of Raccoon City, and by all accounts so far, they’re succeeding. From gameplay enhancements to the graphical presentation, Resident Evil 3 appears to be in tip-top shape for launch. Hopefully, Resident Evil 3 won’t be stuck in Resident Evil 2’s shadow for much longer.