Sitting down with Capcom, we were able to get some hands-on time with Dark Arisen, Dragon’s Dogma’s upcoming expansion that will be sold with the main game at a reduced price of $39.99. While some may complain they don’t want to re-buy what they already own, this is an incredibly beefy experience that could easily be sold as a full-fledged title if tweaked. We met up with Capcom to play the game to see what modifications have been made and if it has held up in the last year.

The core gameplay mechanics remain the same, as you will be grabbing onto bigger enemies and slashing away until they fall. This isn’t looking to reinvent the wheel, and nor should it. If you’re a fan of Dragon’s Dogma, you should be coming at this looking for more enemies to kill, more weapons to obtain and new sights to be seen. Even though the story was primarily skipped during our short time with the game, it’s clear that this piece of content is segmented from the rest of the world. You start the new questline by going to the docks of Cassardis where you are brought to Bitterblack Isle which houses a giant castle spanning many levels to explore. 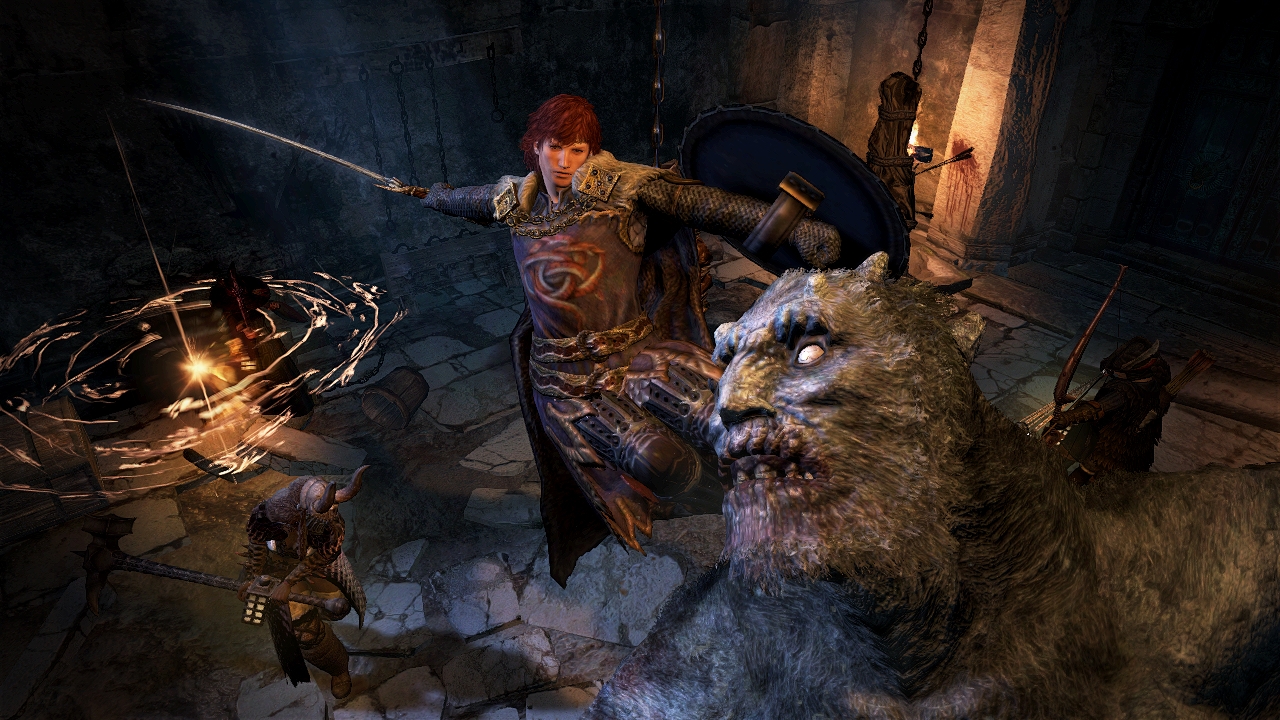 Not necessarily a new feature as the original game had an infrequent fast-travel system, but ferrystone are more accessible now, and if you’re one of the many who played the vanilla version of Dragon’s Dogma, you will be given unlimited access to them. The developers heard cries about the fast-travel system and have made modifications to please fans in this lengthy piece of content that spans between fifteen and twenty hours. With this, you will be able to revisit past areas if necessarily without much worry. Additionally, the expansion will scale appropriately, offering players new equipment and skills to be found throughout the vast island.

We were set up with a Mystic Knight, a class I’m very unfamiliar with being a ranged player in the past, and traversed a couple levels of Bitterblack Isle. First thing we noticed is that Dark Arisen is a much darker experience. The main game certainly had its ominous moments, but the environments here give off a chilling atmosphere. It certainly helps that the scythe-wielding Death shows himself at specific times during the quest (someone who can be taken down at any time, but it’s incredibly difficult to do so). Death is one of the few new significant opponents that, at least from our time with the build, only had two different attacks. His first attack is by far the deadliest, as one touch of his scythe will end your life, or send a pawn back to the Rift. The second is an area-of-effect ability that will put everyone to sleep, and if combined with a well-placed swing, can set you back quite some time. Thankfully, each move is fairly predictable to see coming, giving the player a chance to dodge death (pun intended). 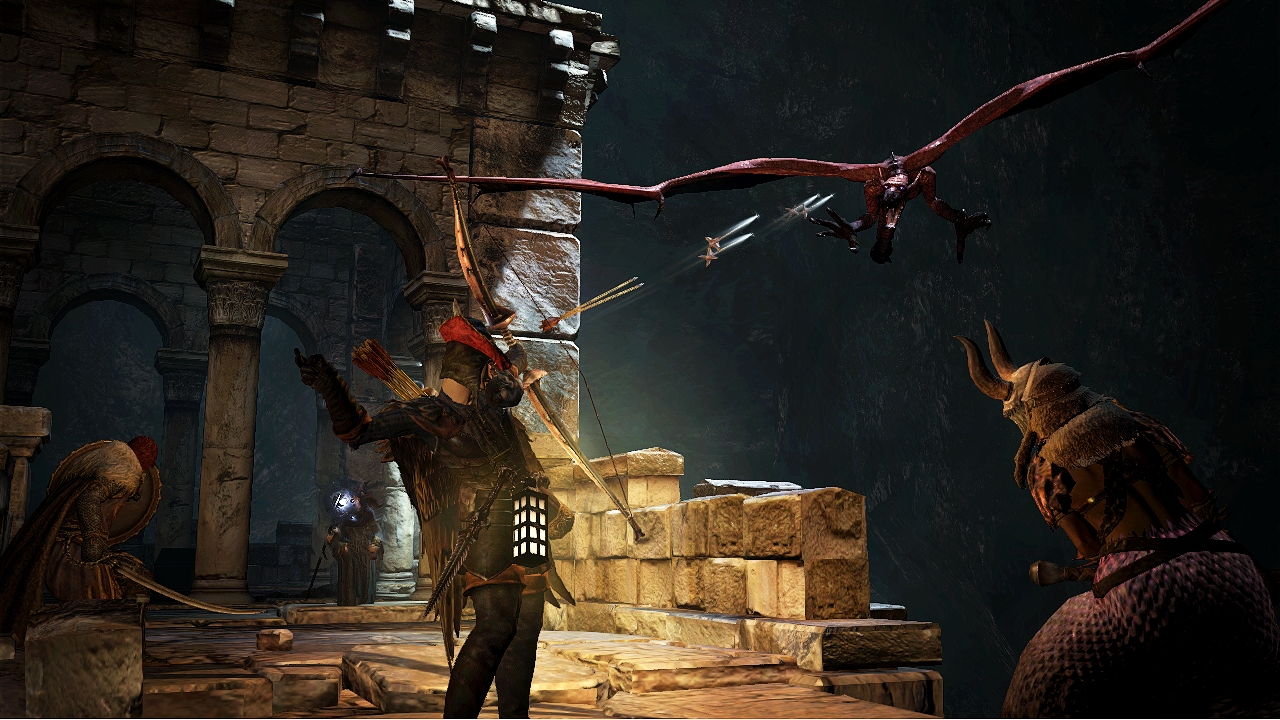 Additional enemies include invisible lizards that can grow to exponential size and really do some serious damage, and a floating eye that can only be hit when its eyelid isn’t closed. There’s also a chained giant you can break free if you’re itching for a fight, but you can opt to avoid it if you’re not feeling up to the challenge. Suffice to say, there’s even more mythical creatures to be found that might bleed into the main story.

If you liked Dragon’s Dogma, you’re going to love Dark Arisen. It’s a surprisingly significant piece of content that, while many may have already put down the core game, should have fans shedding tears of joy. Tweaks and additions to an already fantastic experience should do well for the franchise. Expect even more coverage and a full review when Dragon’s Dogma: Dark Arisen hits the Xbox 360 and Playstation 3 in less than three weeks on April 23, 2013.