While simulation car racing has seen a surge in recent years, the existence of something similar with motorcycles really hadn’t existed. A game that tested the waters many years ago was Tourist Trophy, and outside of that, many fans of simulations stayed mainly with the licensed titles of Moto GP. Developer Raceward Studio and Publisher Nacon are looking to change the game with a motorcycle racing simulation title called RiMS. Nacon, who publishes the WRC series, is familiar with proper simulation racing. RiMS will be taking a different approach as the team provided a hands-on preview build to try out. More importantly, starting June 16 and running through June 22, players can download the demo for the RiMS as part of Steam Fest.

Rather than providing a ton of real world bikes to race as, players will be taking one of the eight most powerful bikes in the world and making it your baby. Players can choose between Ducati Panigale V4 R, MV Agusta F4 RC, Aprilia RSV4, BMW M 1000 RR, Suzuki GSX-R1000R, Honda CBR1000RR, Kawasaki Ninja ZX-10RR, Yamaha YZF-R1. Each of these bikes will offer every little detail that can be found on the actual bikes themselves, and also offer the handling characteristics of each. Everything down to the sound will differ on these bikes, and I will tell you that each one offers some of the best exhaust notes in all of gaming.

The development team at Raceward Studio consists of some former members of the Moto GP and RIDE series, so the team knows its way around the technical portion of motorcycles. The bike physics will offer relentless realism as this aspect goes even deeper with the parts involved. There will be over 500 licensed parts in the title ranging from tyres all the way down to brake fluid. Each part offers a varying direction of performance. 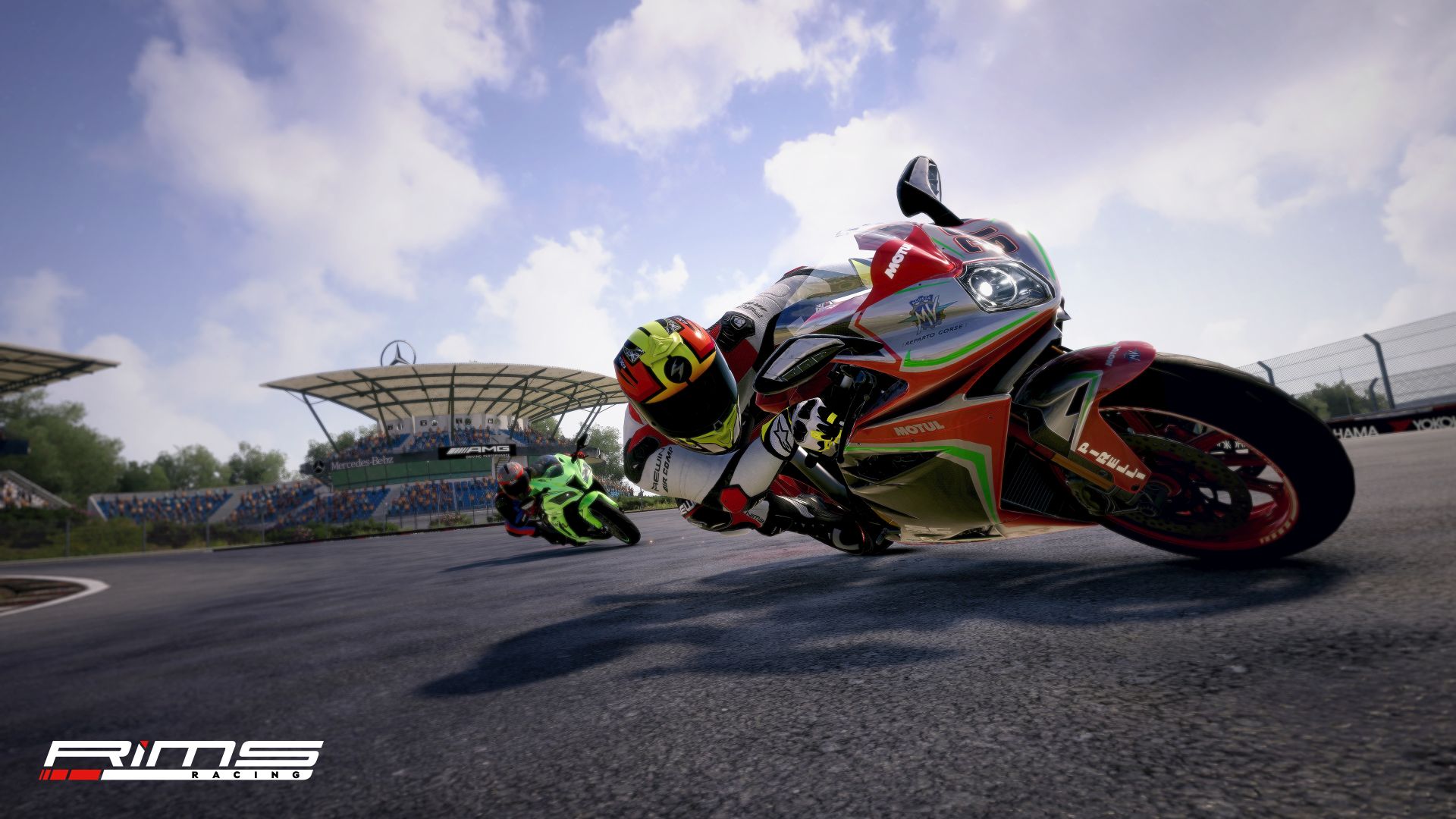 To go even deeper, installing parts will have you dismantling the part within the game. Want to change the brakes? Players will literally participate in changing the part and it will show the user how to actually do this making the game an actual tool for gearheads. Parts will need to be cleaned for the most performance. Suffice it to say, RiMS goes deep and also allows players to customize their rider with up to 200 pieces of equipment. Pit stops even consist of quick time events to actually make pitting matter.

While players can view wear and tear from the tyres and brakes while racing, Raceward Studio offers another aspect for deeper monitoring. During the race, players can bring up a Motorbike Status Check. This will show the wear and tear of every single part on the bike in real time. This will also help players optimize performance. Players can also adjust the traction and anti-wheelie settings as RiMS offers plenty of options to suit anyone’s racing style. This includes how the rider behaves on the bike and their tendencies. 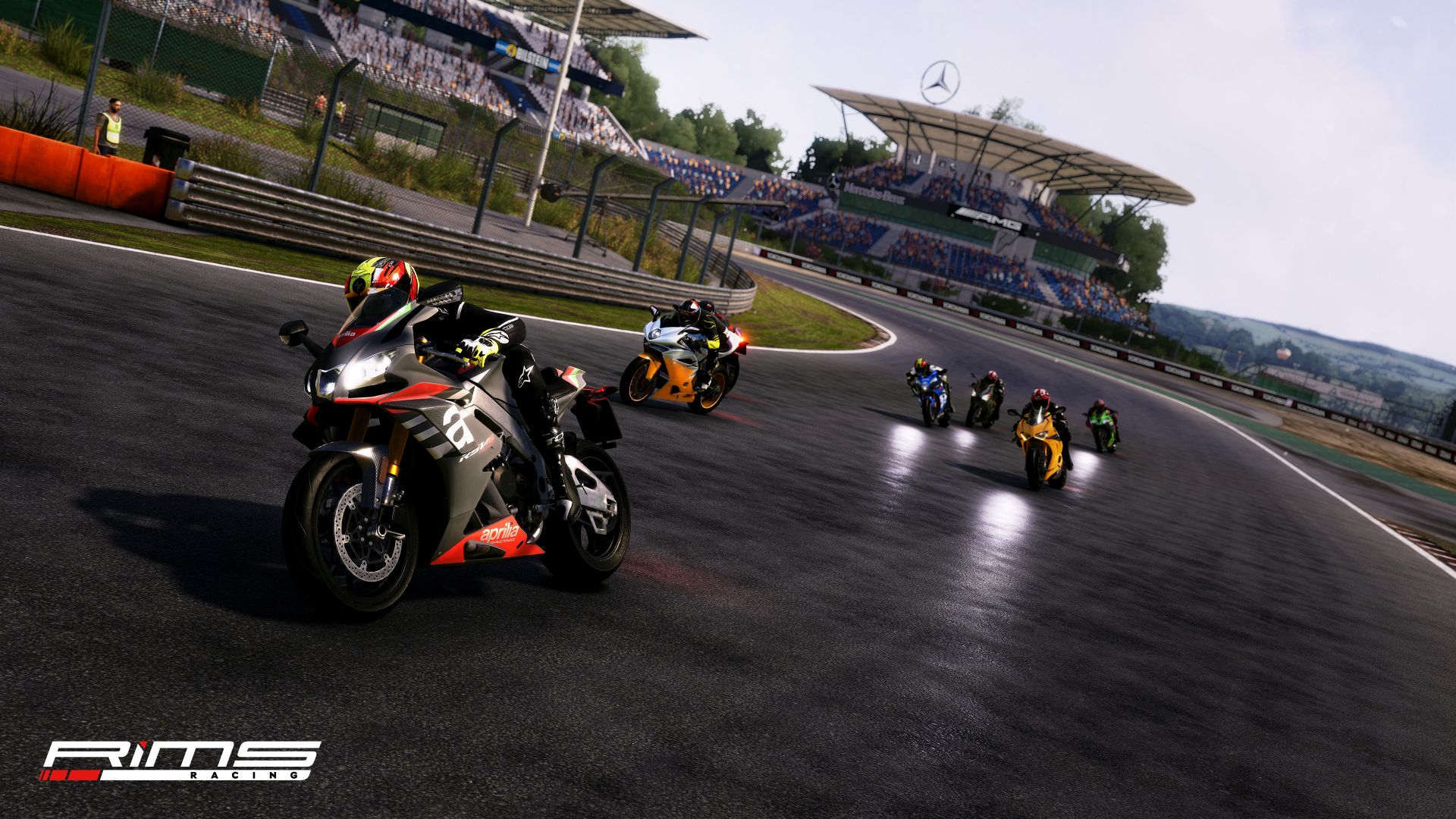 There’s a proper tutorial to start the game off with and players can go even deeper with The Academy. Once getting the racing legs down, the Career Mode is main driving force of the title. Players can pick and choose events on a race calendar while allocating proper time to repairs and R&D. Progressing through the career will open up opportunities to more manufacturers. Players can conduct testing and play with different setups to achieve peak performance for events. RiMS also offers real world circuits to race on as well as some fictional circuits that are point-to-point. Players can expect to find Laguna Seca, Silverstone, Suzuka, Fuji, Nurburgring, Paul Ricard and Zolder as real world options to race on. Players can race in the wet or in the dry, and bike handling changes with the surface. Players can also hop on online or split-screen multiplayer for more options.

While RiMS is available to try on Steam starting on June 16, the game will be hitting all current and next generation platforms. It will support DualSense on the PlayStation 5 as the team mentions that it will use elements of WRC 9 to achieve realism with the controller feedback. RiMS will launch on PlayStation 4/5, Xbox Series S/X, Xbox One, PC and Nintendo Switch on August 9.