Sakuna: Of Rice and Ruin is a game that shows being a goddess isn’t all it’s cracked up to be. I suppose being a goddess that got banished from the sweet life by the not so silent ire of the celestial ruler is still better than being born a mortal, but having to do the standard harvest and fighting chores us peons are normally stuck with has got to suck. But that is the hand that the harvest goddess Sakuna has been dealt, which is fortunate for us since lounging around all day in a divine penthouse sounds like a nice existence but a boring game. So Sakuna’s loss becomes our gain in action platformer and farm simulator hybrid.

During the Warring States period of Japan the mortal realm is understandably not in the happiest of moods, since constant bloodshed and destruction tends to put people into a foul mood for whatever reason. If you’re a demon this a great time, since the demons that feed on malice and misery are at a never buffet and flock to the border between heaven and earth. A few humans wander into the celestial and meet the harvest goddess Sakuna. Sakuna and these individuals team up and create a ruckus and the celestial ruler isn’t having any of it and banishes them to the Hinoe Island, a sacred place that is undergoing a severe demon infestation and commands them to reclaim it. Sakuna is the farming equivalent of a trust fund baby having lived a life of luxury in the celestial realm, so now she must reclaim this island and bring back agriculture to it, which should be much easier for a harvest goddess than what Sakuna is experiencing. 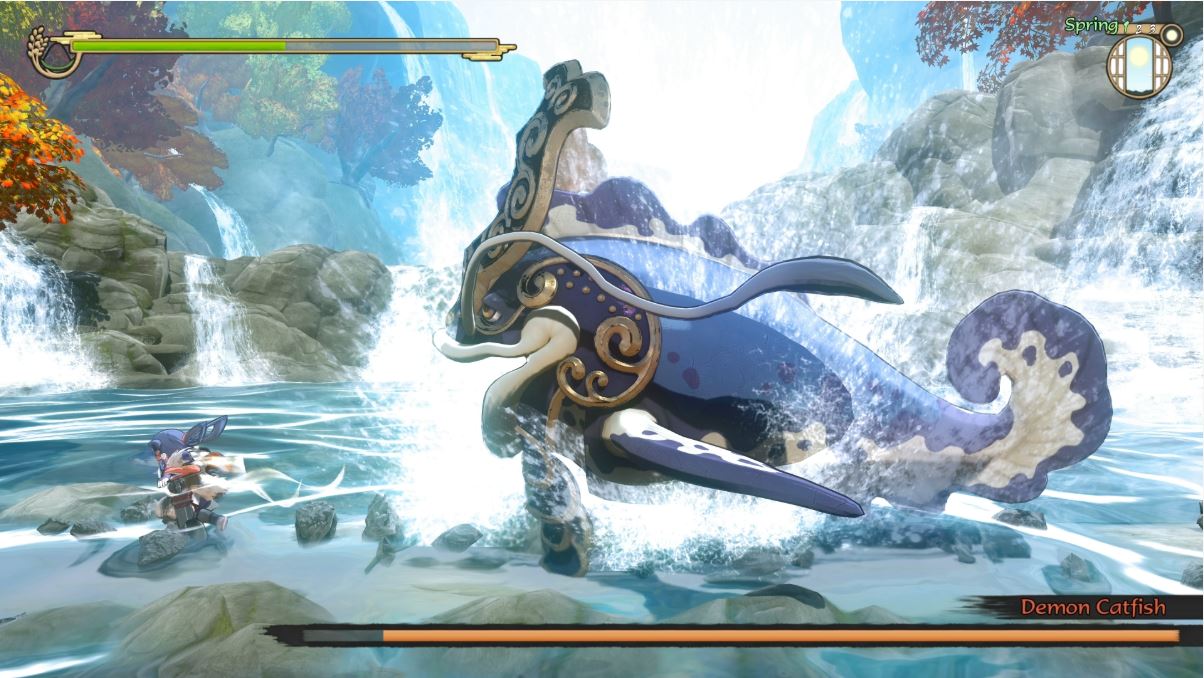 The action part of Sakuna: Of Rice and Ruin is 2D platforming. Sakuna runs and jumps through the area, dispatching the demons that inhabit the Hinoe Island. Sakuna is skilled warrior who chains together her various attacks into deadly combos to dispatch the enemies on the island. She may have lived in the comforts of the celestial realm but didn’t skimp on her combat training. The topography of the island is strange and not every location can be reached by jumping, but thankfully she has her celestial scarf that doubles as a grappling hook to get to those out of the way places. Getting to the end of the level means that there is likely a big boss demon to fight, in this case it was a giant fish that isn’t shy about jumping out of the water. The gameplay in this portion was a lot of a good, it felt very old school at its core but some modern mechanics kept it from feeling dated.

Sakuna: Of Rice and Ruin isn’t just jumping, grappling and demon slaying. Away from the more savage parts of the Hinoe Island Sakuna and her mortal companions have found a new home within a mountain village. To prove her worth as a harvest goddess, Sakuna must harvest rice to better the lives of her and the people she dragged into the mess. Sakuna will have be able to craft weapons here, but she also needs cook food, farm rice, and learn the detailed steps to planting and harvest rice across the seasons to improve the overall harvest along with her battle skills. 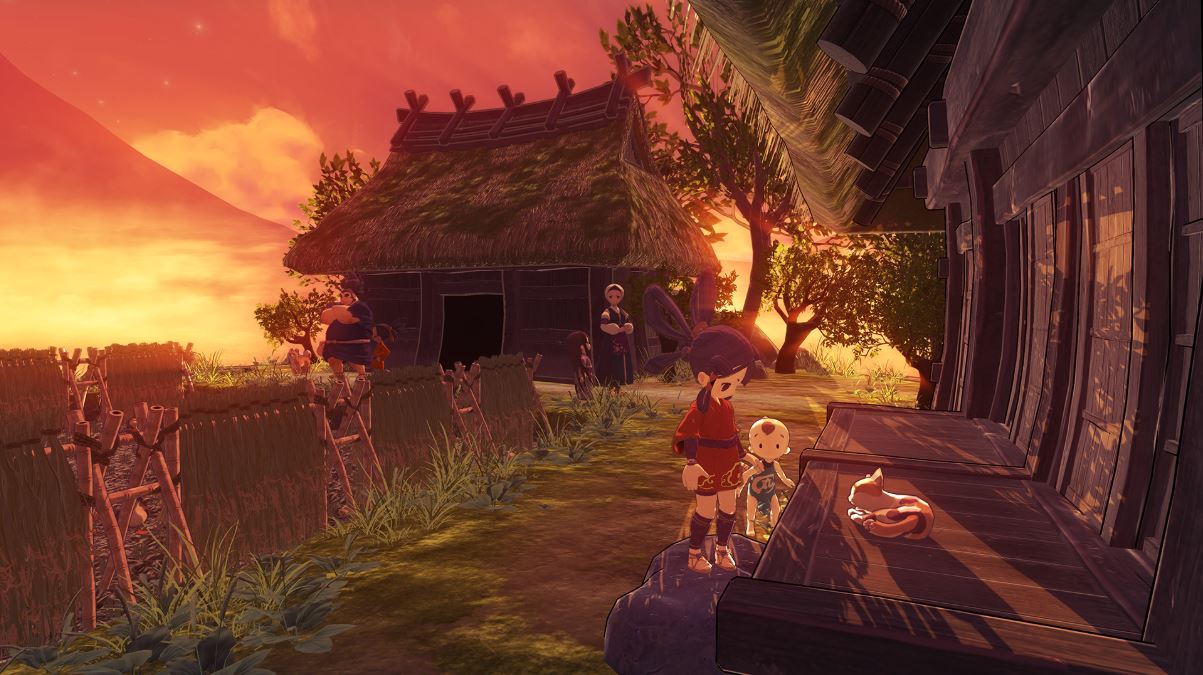