I have a bit of rocky history when it comes to Simogo’s games. They make a lot of nifty, experimental titles, but I’ve always had notable ups and downs with them. Year Walk was a critical success, but I felt it was overrated and confusing. Device 6, on the other hand, is one of the best mobile games ever made in my opinion. And The Sailor’s Dream…um, well…it existed! But that mainly covers just their adventure titles, though I bring them up because their latest game, Sayonara Wild Hearts, came off as yet another experimental title, billing itself as a pop album video game. After finally getting a chance to play it, I can say it’s simpler than expected, while also being insane and experimental in other areas…all while being incredibly fun. 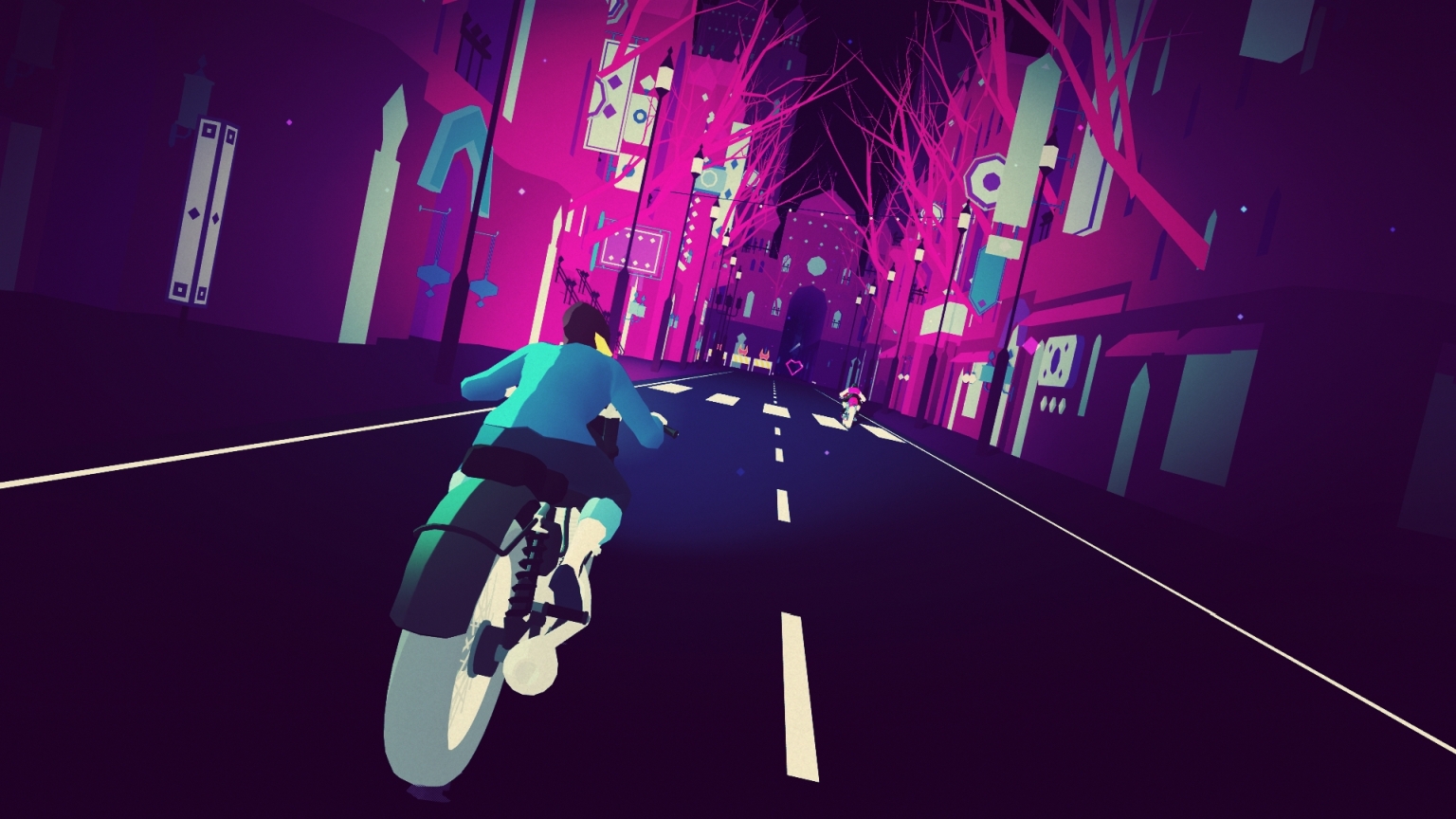 The setup for Sayonara Wild Hearts is that you play as a young woman who, after a run-in with a diamond butterfly, is led to a highway in the sky and becomes The Fool, a sort of vigilante-esque figure who speeds around on a motorcycle, breaking hearts and looking for the harmony of the universe. That probably sounds more like a prog rock concept album if anything else, but the vivid and surreal imagery brings the pop flavor across, with multitudes of neon, dynamic poses, and landscapes and situations straight out of a big-budget music video.

To say that this is eye-catching stuff would be a bit of an understatement. It does seem to lean towards a more j-pop aesthetic, arguably. Though that may just be the characters all themed around tarot cards that wouldn’t feel out of place in a Persona game. The demo saw The Fool up against a trio known as the Dancing Devils, chasing them through the streets, leaping off of massive ramps and even flying through canyons. It really does need to all be seen in motion to truly appreciate it, but it’s a fast-paced treat, a burst of pure, vivid mayhem flying by as you cycle to the streets and fight against and alongside masked figures. 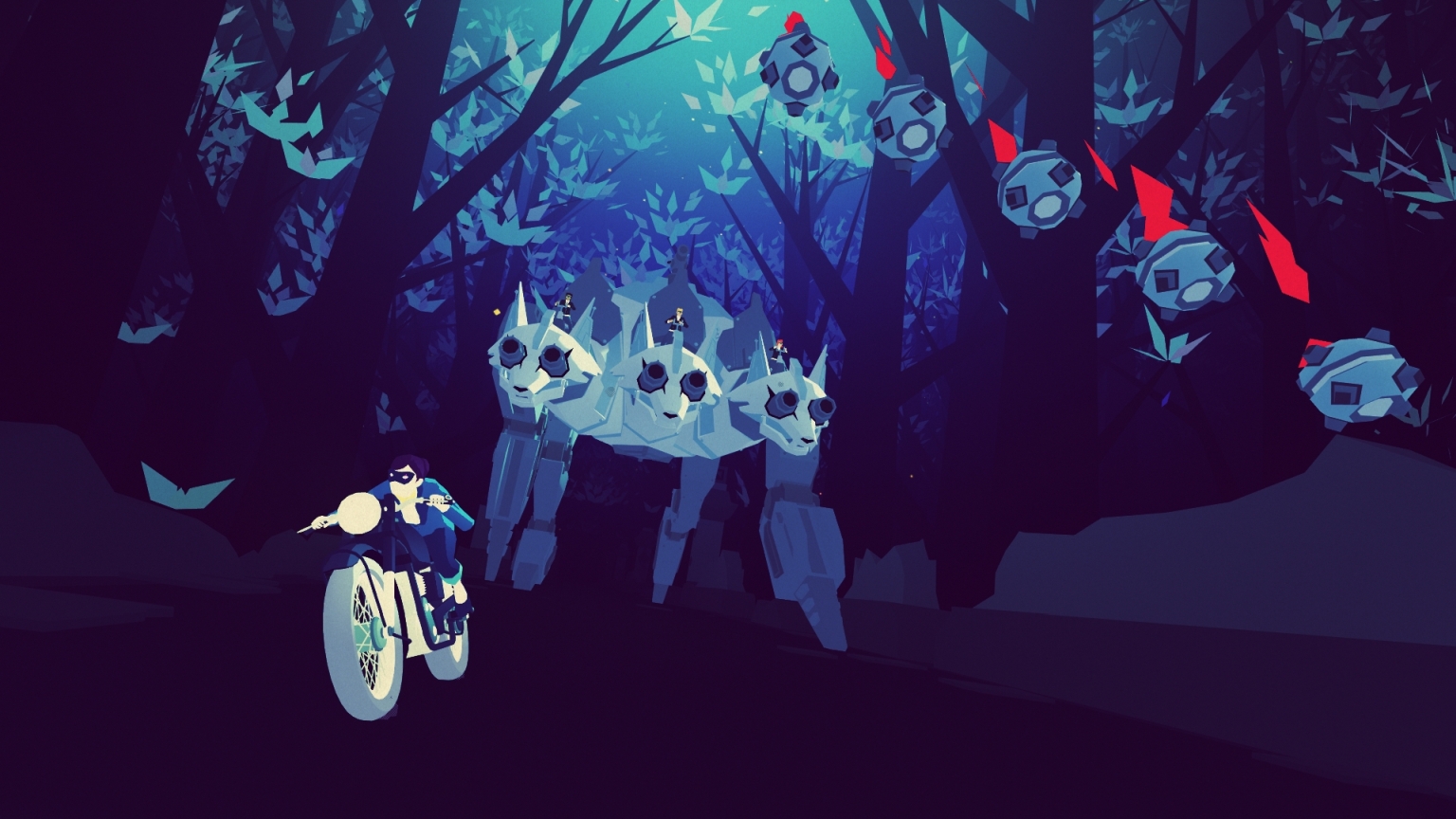 So what Sayonara Wild Hearts brings to the table is a unique presentation and wild visual style that can keep you captivated. Concerning gameplay, though, it wouldn’t be too hard to describe how everything in it plays, despite its surreal presentation. Basically, imagine a hybrid of a runner and a rhythm game. Which may not sound like much at first, but keep in mind this was the backbone of the highly successful Runner franchise as well.

In fact, this is actually what can make a game such as this tricky to cover at times: The gameplay is so simple yet fun that it’s hard to elaborate on what truly makes it enjoyable. Moving around on your motorcycle is as easy as any other runner and the rhythm sections simply require you to press a button when a circle is highlighted at the right time. And of course, there are the various items to collect along the way, as either objectives or ways to unlock potential extras. Perhaps there may be a few extra tricks yet to be revealed for future levels, but as is, it’s still just classic arcade-style gameplay, introduced and executed perfectly. 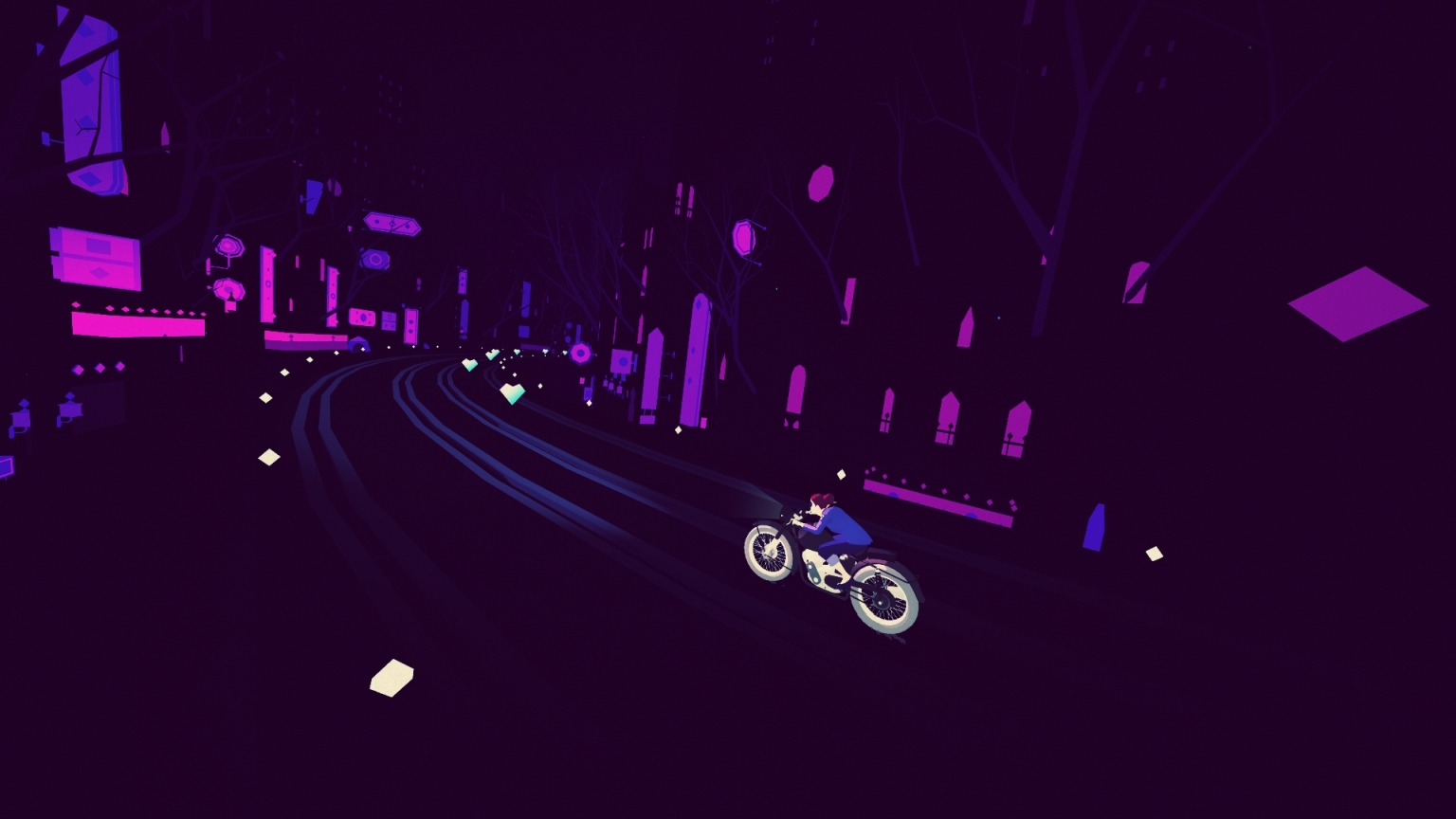 Oh, and the soundtrack is absolutely amazing. Which really, I shouldn’t need to point out, saying as how this is a virtual pop album and thus one of the most vital elements. But it’s still quite the fast-paced and upbeat blast, perfectly in tune with the action and level design. It makes one wonder if there will be a separate regular pop album to accompany the virtual pop album…

Sayonara Wild Hearts is shaping up to nicely feature simple yet brilliant gameplay working alongside a more complex narrative and world with some eye-popping, candy-coated visuals and a grade-a soundtrack. It’s blend of some fantastic elements that it’s afraid to get experimental, but still knows just how to perfectly craft a game that’s easy to pick up and learn, and hard to put down. Sayonara Wild Hearts hits the Switch later this year and will also be a part of Apple Arcade, so make sure not to miss out on this catchy spectacle.