When asking people about their current job, a common response is one that indicates that it is not something they enjoy but done simply out of the necessity to have money.  Not all jobs are created equal and some just downright suck.  Such a job is featured in Serial Cleaner, where the job is to clean up crime scenes by removing dropped items that can be used as evidence and dead bodies.  A con of this job (besides the ones that hired you) is that these are live crime scenes that are being investigated by police while working.  The pro is you can work while wearing a pair of skin tight pants and aviators while rocking a wicked pornstache.

Serial Cleaner has the player take the role of a professional cleaner, but this dude does not specialize in vacuuming and dusting.  He is employed by the mafia, and his area of expertise is active crime scenes.  A typical job for him, or level if we want to stick to game terminology, is he arrives on the job in his stylish 1970’s station wagon and has to run around quickly to avoid the all seeing flashlights of the civil servants looking to bring his employers to justice. 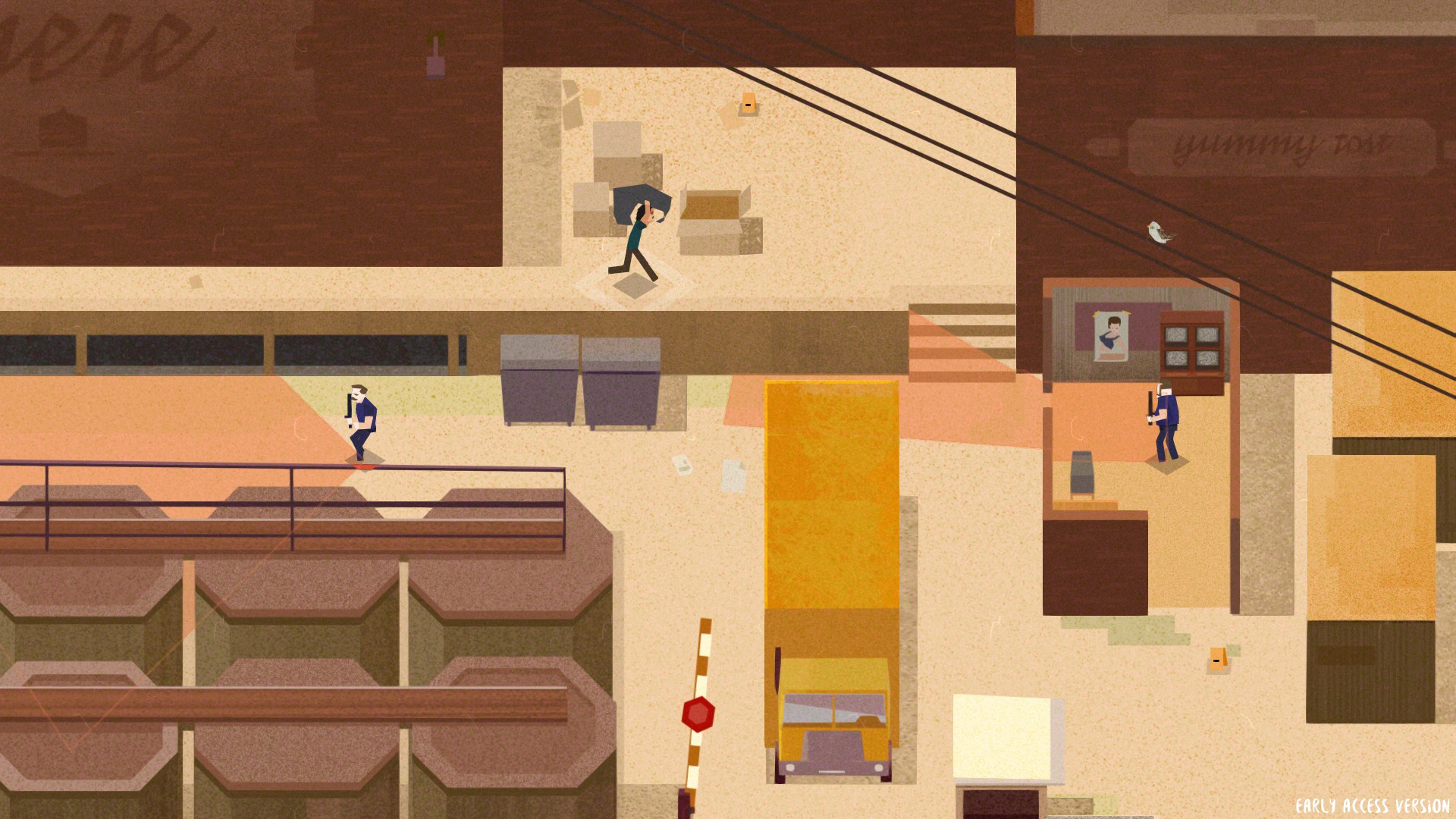 Serial Cleaner is a stealth game that utilizes an overhead view of the scene, much like how a dynamic stealth game would look if it were made in the late 1980’s or early 1990’s except this game’s style is firmly rooted in the 1970’s.  In order to succeed at cleaning up these crime scenes the player needs to be both sneaky and fast.  When we say the player needs to be fast we are referring both to foot speed and thought speed, since the fuzz are constantly moving and if the flashlight manages to reflect off the oversized shades it will become quite apparent that those tight pants are not ideal for outrunning the long arm of the law.

Staying one step ahead of the police requires patience and getting a decent survey of the crime scene.  Planning a route in body retrieval helps but being able to change the course on a dime when the cops take an unexpected turn is equally as important.  The jobs start out easy enough, almost as if it is murder cleanup crew member orientation to help the player get a feel for how the game works but difficulty amps up rather quickly with multiple bodies that need to be disposed of along with an increase in police force size. 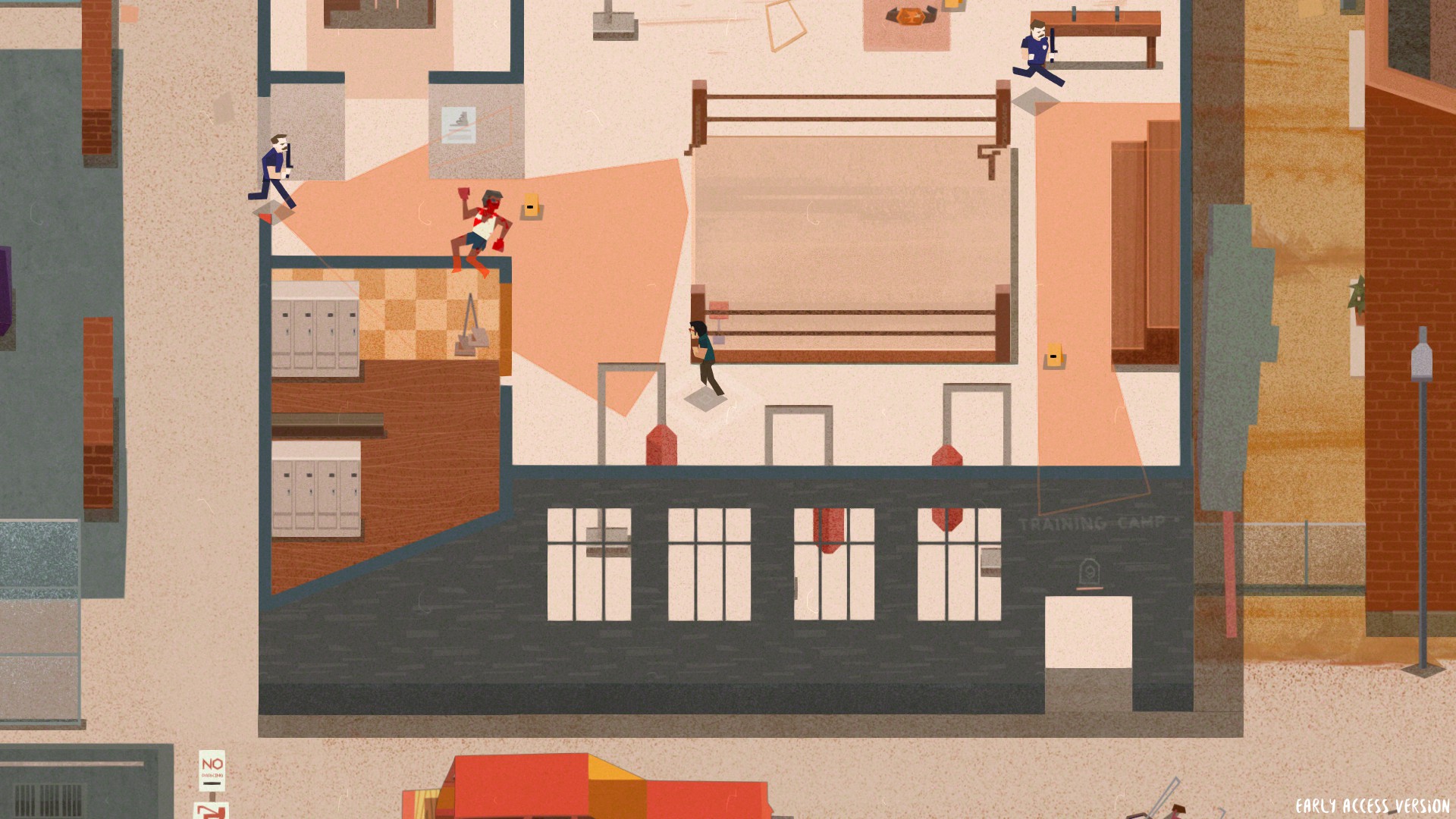 Serial Cleaner does not take itself too seriously and includes a dark sense of humor regarding its rather dark subject matter.  The graphic design is fitting for the grisly nature of the subject matter, and the presentation is done as a retrogame caricature of the 1970’s.  The fast-paced puzzle and exploration elements do keep progressing through the various crime scenes fun and a certain feeling of satisfaction is gained when the player throws those corpses in the back of his wagon and speeds away from the crime scene.  This has potential to be a good pick up and play puzzler, especially for people with a slightly macabre sense of humor.