You can’t have a console launch without a racing game, and DriveClub is looking to fill that gap for Sony. From the creators of the MotorStorm franchise comes a realistic racer that looks to show off the power of the Playstation 4 with beautiful visuals and interconnected social features. We were able to sit down and get some hands-on time with the upcoming racer, but whether or not you want to speed off and pre-order the game is still determined by what Evolution Studios will be adding to differentiate themselves in the competitive market space.

In the demo we were given the choice between two sports cars: The Mclaren 12C and the Hennessey Venom GT. Two absolutely stunning vehicles, but because I’m a glutton for punishment, I went with the more difficult to handle Venom GT, and it was an incredible mistake. DriveClub is the pinnacle of hybrid racing (a bit of simulator and a bit of arcade), and when they say a vehicle is hard to handle, they aren’t kidding. Going around corners and general controls feel stiffer than you’d imagine so you need to experiment with the supposed beefy selection of cars before jumping in. 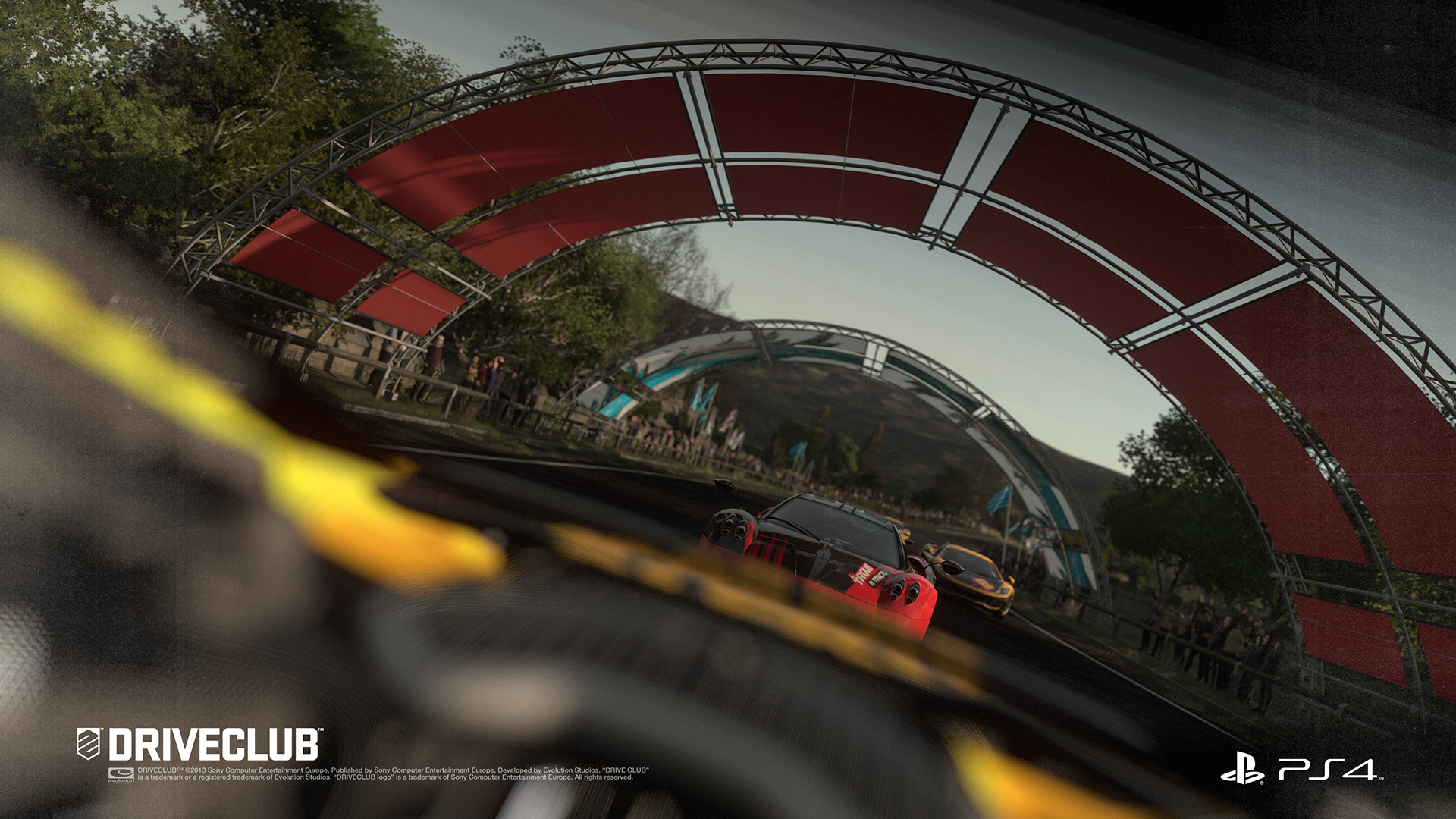 As far as controls go, DriveClub is very similar to other racers out there. You can choose your standard analog control scheme with R2 as acceleration and L2 for braking, or you can experiment with the DualShock 4 motion controls. Unfortunately I’m all too traditional so I had to pick the analog controls, and it was probably for the best. Additionally, there is the cockpit camera (which is always a plus in my book) and the standard behind the car view for racing.

One aspect that really stood out to me was that there wasn’t a slow start. Right when you load up the track, you’re already in a running start. Whether this will apply to all courses is unlikely, but it certainly helps maintain steady lap records and kicks off a race with instant speed. Another thing to note is that there weren’t any other opponents on the track to face off against. Instead, you are putted against multiple ghost cars in a club (in this case it would be the E3 Club) which all have different times and scores for the various challenges. 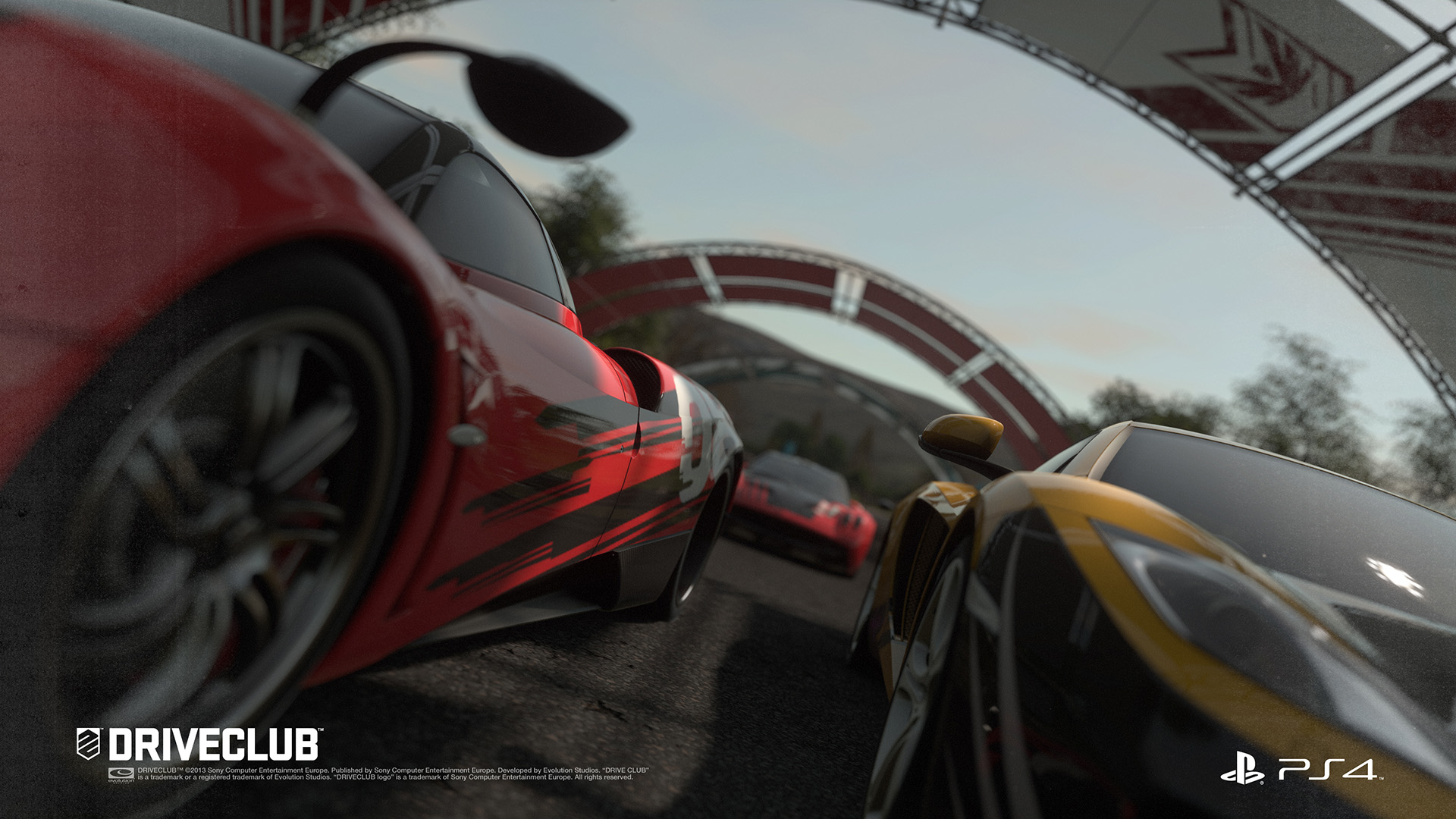 This all ties into DriveClub’s key feature: sociability. Many developers today are trying to add social aspects to their games, and even more for the next generation consoles, and DriveClub is no exception. All of the goals are tied to different people within your club, allowing you to start challenges scattered throughout the track whenever a colored line appears. This ranges from drifting around corners to an average speed from one point to another. Unfortunately, one aspect I wasn’t too keen on seeing is the word “Failed” plastered on my screen as if it was telling me how much I suck. Granted, I did fail a couple of times (although overtaking some records), but it felt more demoralizing than encouraging to try again.

At the end of the race, you accumulate fame points from the various challenges, from drifting face-offs to how fast you were able to go. Just having someone’s picture framed above your rank placement is a good incentive to go back and try to beat their time, but this will only happen if that player has the new Playstation 4 camera, of course. Suffice to say, the new social aspects are very intriguing and should add a whole new layer of competition that’s sorely needed in the racing genre. 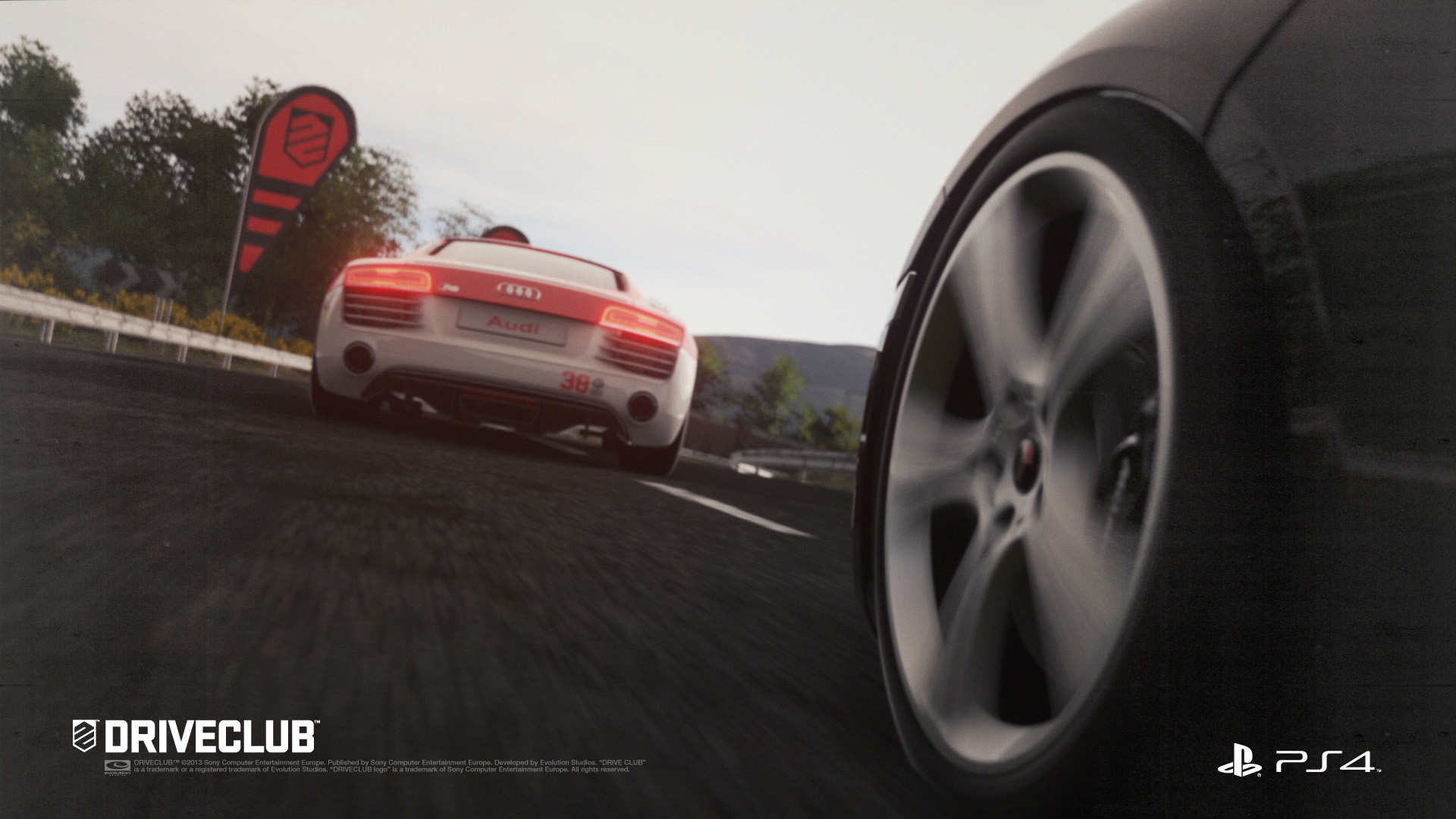 DriveClub is a smooth and relaxing racer that can be an intense and competitive one thanks to its compelling social features. It’s the first true next generation racer that looks to enhance your experience by offering some groundbreaking new additions that are a warm welcome to the racing game community. Expect DriveClub to race into your living room when it ships exclusively for the Playstation 4 this holiday season. .