If you’re like me, you’re sick to death of seeing any and every game that is in the least bit “challenging”, “subtle” or prefers not to hand-hold its players through the objectives at hand unironically compared to Dark Souls. “The Dark Souls of..” this and “The Dark Souls of…” that. This and that “…is very reminiscent of Dark Souls,” because as we all know, Dark Souls invented everything, right? Sarcasm (and mini-rant) aside, few would deny that From Software have left at least some notable mark on video games during the last ten years, myself included. Some games have managed to draw inspiration from the formula yet, thankfully, not make that the only focus of the experience; others meanwhile have been less fortunate or otherwise successful. Like it or not, countless studios want to attract that same passionate/dedicated fanbase following From’s own closing of the Dark Souls tale.

Even fewer developers would risk coming across like a very blatant copy-paste of those same mechanical/aesthetical outings and if you were to look solely at mere screenshots of developer Dark Star’s exclusively boss rush-styled Sinner: Sacrifice for Redemption, you might well accuse the studio of making zero effort in an attempt to stand out on their own merits. Not that you can’t make a great game solely on the basis of fighting unique bosses one after another — all while encompassing some degree of narrative — but given how saturated the Action RPG sub-genre is slowly-but-surely getting, it takes more than a dodge-roll or two to leave one eager to play more. Needless to say that despite my general indifference to the Souls series, Sinner: Sacrifice for Redemption (as brief my play-time was) has garnered my interest. 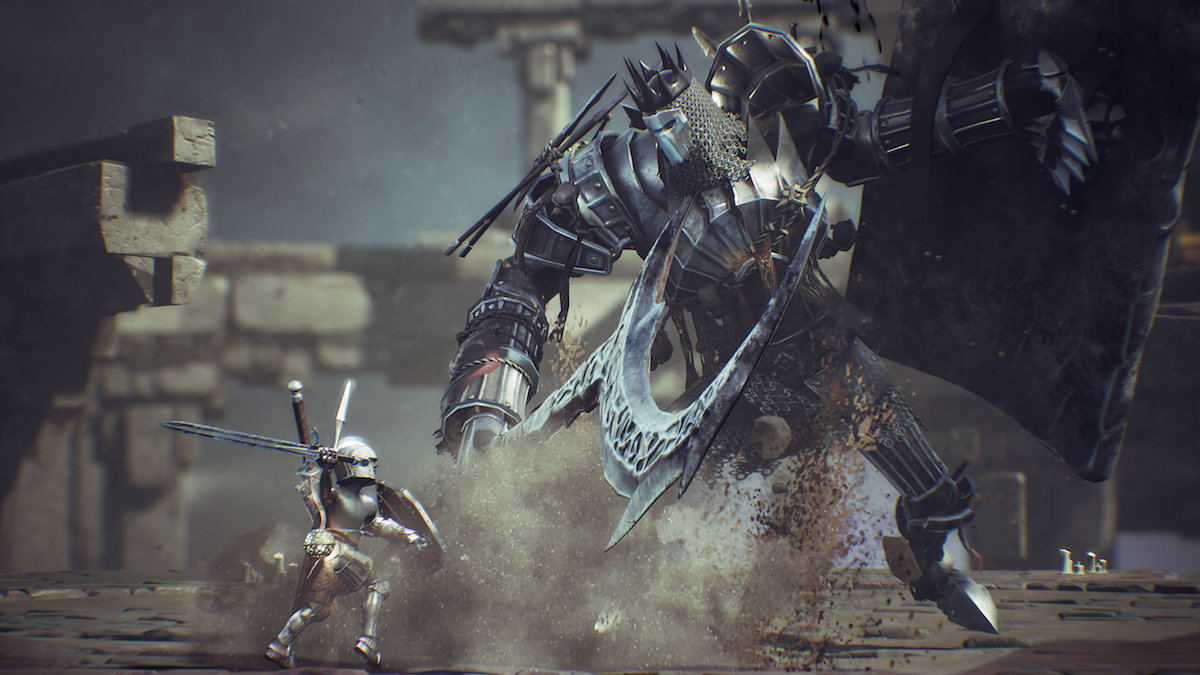 It’s hard not to deny that most of the detail does look like it’s been cleanly stripped from the Souls entrants. Your player-character’s stance as they precariously move around the targeted foe; the very animation used for the dedicated “healing” item reminiscent of the “crushable” items you find in a Souls game; the attack animations, the dodge-rolling. But beyond all that, it’s hard not to see a kind of miniature toy-like design going on here too. As if, despite the varying levels of grotesquery and elegance incorporated, the eight bosses you face up to have the greater hallmarks of some collectible line of figurines rather than the antagonistic representations of the seven deadly sins. Be this a consequence of the environments being relatively sparse or the fact boss battles have you constantly fixed/locked on your foe — often resulting in an accidental falling off the arena at worst, because the game refuses to give you the option to disable camera-lock — it’s hard to say.

It can be said that the boss fights — or at least the ones I got to participate in — were grueling and strenuous enough to have me keep at it, even after the umpteenth death. Chipping away the boss’ health bar, getting one’s self closer and closer before inevitable death — working out attack patterns and the correct time to defend/block/dodge an incoming attack. And just when I’d wrongly assumed I had it all figured out, the boss would initiate its “second phase” form. One boss in particular, which I won’t spoil or give away so far as specific detail, lulled me into a pretensive line of: “OK, second phase…given what I’ve already faced, I sure hope the boss doesn’t decide to-“…before it, of course, incorporates the one thing I’d hoped it wouldn’t. Even after all the very many Action RPG-centric battles, I give Dark Star credit for still finding the creativity as much the correct timing to throw but another curveball at its players. Followed immediately by yet another death to add to the pile. 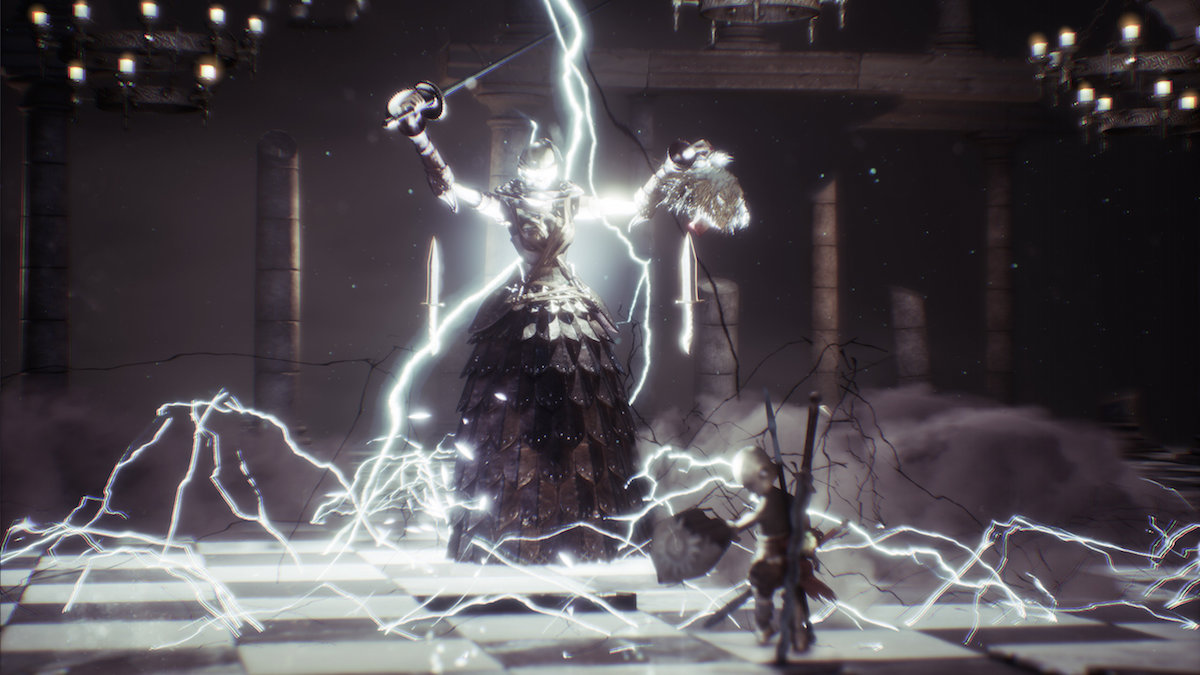 As crucial as it might be to talk about the unique “levelling down” system — whereby players must choose which stat to permanently debuff prior to the start of each battle, which subsequently carries through for the rest of the game’s run-time — from the build I played, the game didn’t seem to strictly enforce this rule, allowing me to (at least it appeared that way) go in with stats unchanged and a select amount of items already at my disposal. As a result, it’s hard for me to comment on how critical a difference this feature was, let alone whether the game, as was presented to me, will allow you to decide the order of boss fights. Or whether all of this was purely for the demo’s sake.

But from the brief time spent here, as blatant its influences may be and how close to the real deal its gameplay may be seen, Sinner: Sacrifice for Redemption is at least full of confidence in what it’s trying to do. The odd deciding on a constant fixed-camera perspective aside, no doubt this will be another Action RPG entrant whose biggest frustrations will more than likely lie squarely in the player’s court as opposed to the developer’s. The game is dark fantasy-toned and needless to say the monsters required to best are befitting of that description (and then some), but it’s promising to see Dark Star looking beyond the visuals and having the tenacity to throw up a few dastardly tricks along the way that are punishing but fair. Expect a few swear words to be involuntarily shouted too, for Sinner: Sacrifice for Redemption may well be considered (and ridiculed perhaps) as being but a mere Dark Souls homage, but in this case, that may not entirely be a bad thing.