When creating a demo for a game to show off to everyone, the quickest and most efficient solution is arguably just to provide a look at the first couple of levels. After all, it establishes the basics of the gameplay, providing everything people need to know in a quick and simple manner. But sometimes, as promising as the game is, the basics shown don’t do the greatest job of showcasing the game’s true potential. Take Skully, the upcoming platformer from Modus Games and developers Finish Line Games, for example. The larger portrait of the game suggests a more complex adventure filled with various unique gameplay bits, but the current demo doesn’t exactly do things justice.

Skully sees you as the titular character, a skull that’s been reanimated with the assistance of some magical clay. The person assisting you with your revival is Terry, one of the island’s elemental deities, hoping that Skully can assist with the current fighting going on with his siblings. It’s jarring to hear Terry speak at first, since he sounds more like a Chris Pratt character than what you would normally expect from a deity figure like this, but as his narration goes on while rolling around, he does grow on you, adding to the light-hearted tone nicely, which is present in everything from the island visuals to the chipper music. 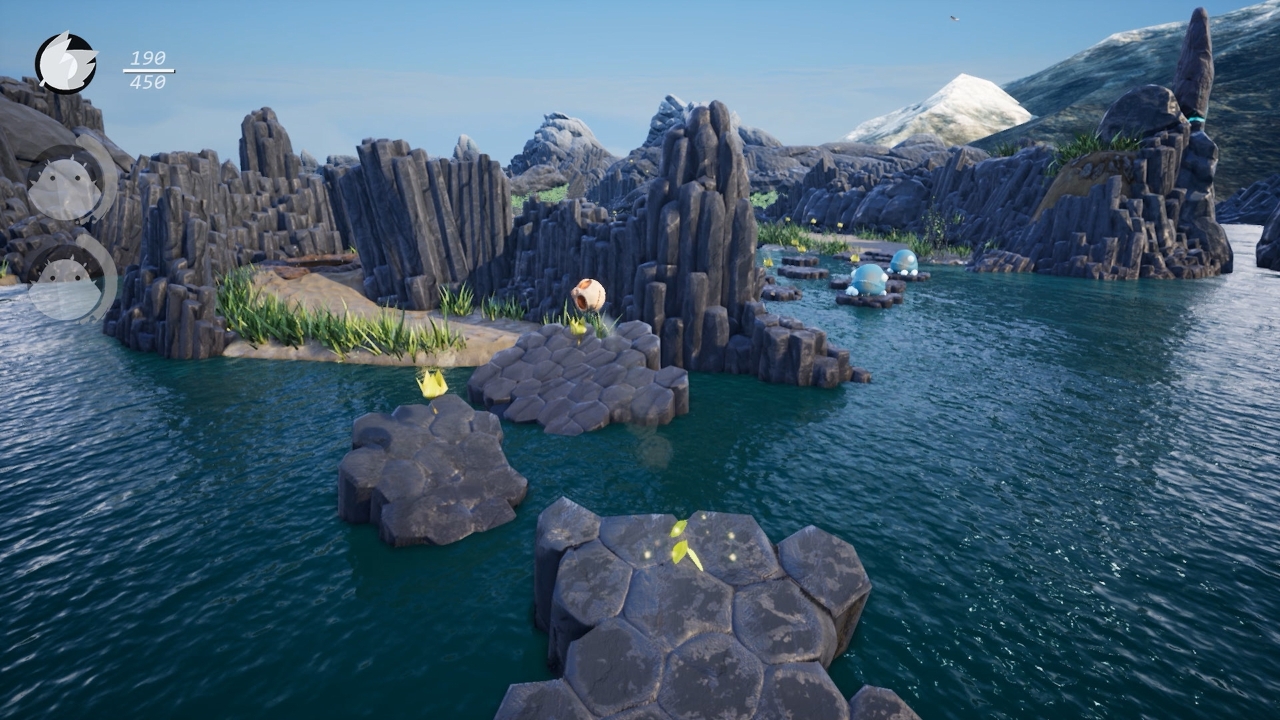 Quickly one immediately gets used to controlling Skully. Roll around, jump and cling to grassy surfaces on walls with the right trigger in order to move around on them. Simple enough. But Skully is defenseless on their own and it isn’t until later when you learn how the clay pits that serve as checkpoints allow Skully to take on different forms, such as a strong but slow earth golem here. This new body is capable of punches that can blast open certain walls or knock over stones to act as bridges, as well as send charged shock waves to defeat the bubble-like enemies lurking around. And when needed, Skully can separate from this body, rolling around until reuniting with it or creating a new one.

It all sounds like a bunch of interesting ideas, but the problem here is that the two opening levels of Skully which I played don’t seem to take advantage of these ideas. Instead, it just sort of felt like a basic platformer more than anything else. With the exceptions of a few obvious side paths to get a few hidden flowers — the numerous collectibles that unlock extras like concept art — it all just felt too linear and didn’t take advantage of the unique ideas on display.

You would think rolling around as a skull would lead to some cool Super Monkey Ball or Marble Madness-style obstacle courses, or bits where you have to carefully manage when you need to separate from the larger form and return to its defenseless self later, but those weren’t on display early on. There wasn’t much of anything challenging at this point, save for some annoying slip-ups when trying to do precision platforming while in skull form (the game seems to suggest not platforming in a larger form, but there was no issue) and not being able to escape damaging pits easily. And it doesn’t help that dying seemingly resets every flower you’ve collected up until then. 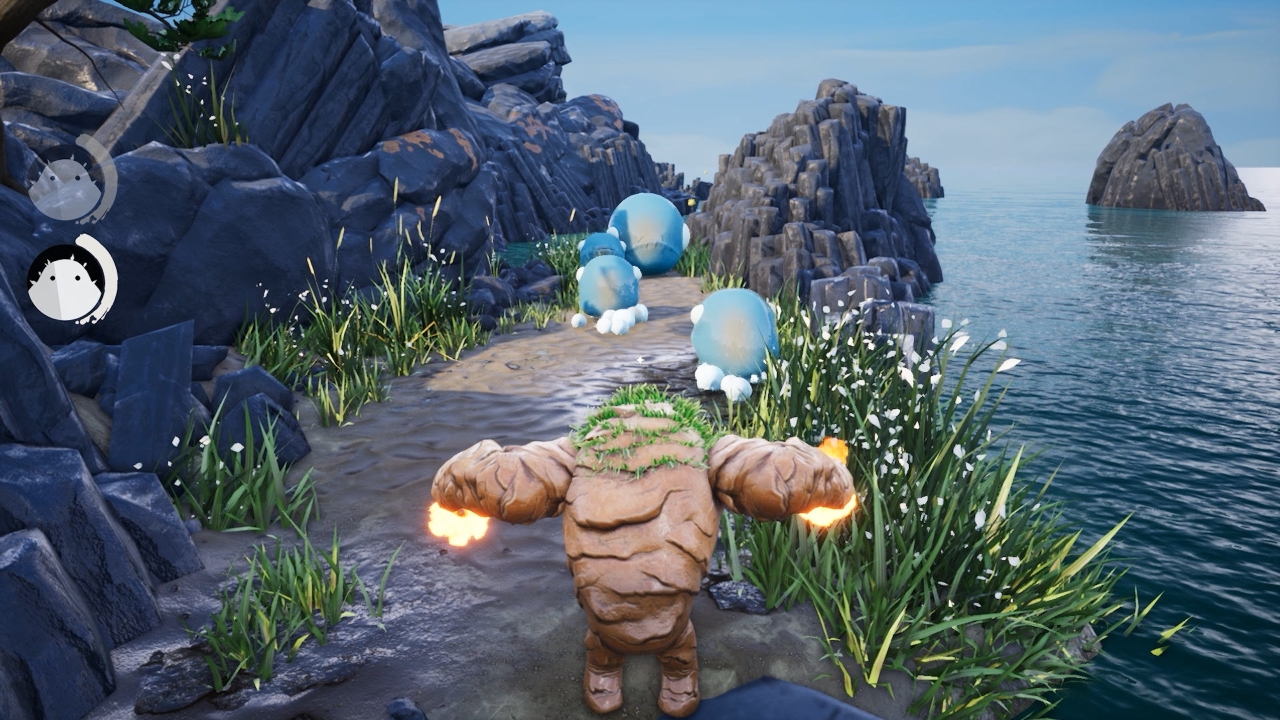 And as the larger golem, all that needed to be done was punch a few rocks, do some simple jumps and send a few shock waves towards the lone enemy type that appeared in groups at times, who never tried to attack me head-on at any point. Mind you, it’s not that this was bad platforming or anything, it was still solid and enjoyable at times. It’s just that when you look at what Skully is capable of, as seen in the later sections of its gameplay spotlight from last month which showed off all of the three forms to use, puzzles that involve having to create multiple golems and utilize all of their abilities, more plot elements and trickier platforming bits, just being able to access the barest essentials is underselling everything.

Skully doesn’t have long until its August 4 release date, but despite the demo not being the greatest showcase of its strengths, I still feel mostly optimistic towards it. The characters and art style are charming, the levels have potential for more secrets and complexity, and the other golem forms should be fun to play as. We’ll see if Skully can truly improve itself by then and create a memorable platforming experience when it arrives on all current major platforms.