A roguelike bullet hell dungeon crawl sounds like the best kind of gaming available.  A randomized world with plenty of enemies dropping occasional powerups while covering the level in deadly firepower, requiring brute force, strategy, careful consideration of whatever abilities you’ve managed to find in this specific run and a bit of luck to to keep the tide of battle flowing in your favor should make for an enjoyably replayable experience.  To be fair to Skyflower, the basic gameplay is in place for this to happen, but even by Early Access standards there’s no excuse for releasing a game this unfinished.

Skyflower is a game about running through randomly generated arenas while dodging waves of enemies and their bullets, finding the exit, and doing it all over again except harder.  If there’s a story or even a justification for the scenario it’s not in place yet, but that’s fine.  Weird player characters, monsters, and bosses need no justification.  Each level starts you off in a corner, not exactly safe but better than being surrounded, and venturing into the level spawns baddies determined to swarm or shoot you down.  Move with the standards WASD keys, aim with mouse, and never stop firing.  There’s a health bar that drains as you get hit, an ability bar (that’s massively larger than the health bar for some reason) showing how often you can activate the secondary skill, and a whole lot of bullets to dodge on the way to the exit. 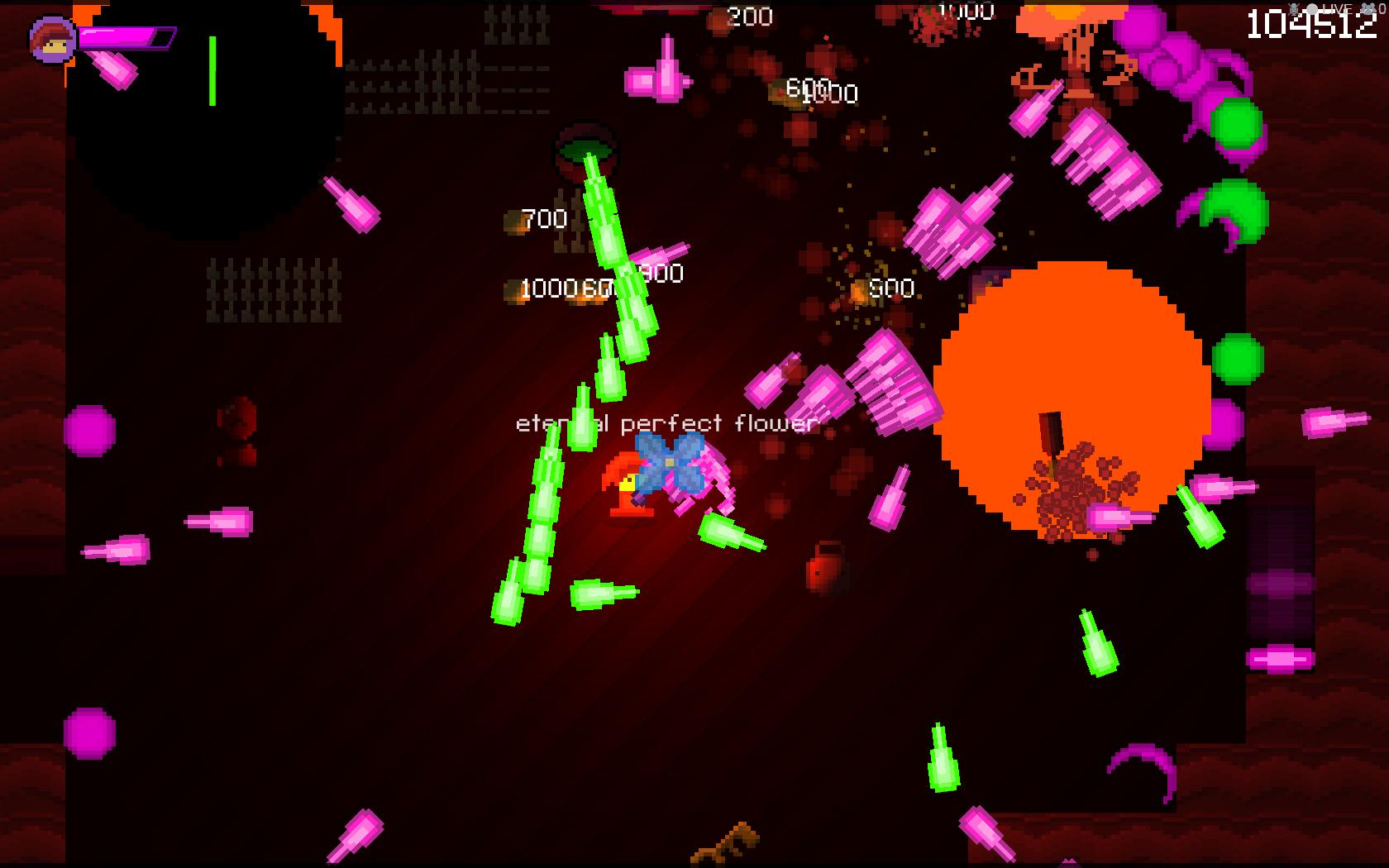 Each enemy drops a coin that adds to the score when collected, and more rarely leaves a random permanent powerup behind as well.  These powerups are the key to advancing, because taking on bosses with the initial slow-firing single-shot gun isn’t going to lead to much success.  Eventually you’ll build a quick-fire spread gun that sometimes shoots rockets and lightning with high chance of critical damage, but it’s going to take a whole lot of monster-farming to get the drops.  Even with all that power on your side, though, by the time you get to the third area Skyflower will still try to overwhelm you with screen-filling bullet patterns.  There’s the basics of a fun little twin-stick shooter in here, once the game has received any updates to take care of the huge number of missing features one would expect from even an Early Access title.

Take, for example, exiting the game.  In most games you call up the menu and hit Exit.  In Skyflower you alt-tab out of the game, right-click on the game icon, and close it manually.  A standard feature of twin-stick shooters is the ability to use a gamepad, but even with Unity’s front-end popping up before the game starts there’s no gamepad support to be found.  Get up the the fourth area’s boss and defeat her?  The game freezes.  Hitting the “o” key on the keyboard gives an endless string of powerups, obviously left over from developer testing.  There’s even a mini-boss that pops out an endless stream of near-harmless minions you can use to mine for powerups.  None of this is helped by the developer being completely absent from the Steam forums, leaving it a mystery as to whether or not Skyflower will ever get updated.  Skyflower isn’t the first Early Access release to come out in a state better suited to a trade-show demo or work-in-progress prototype, but usually these get some kind of quick update after release to let the customer know things are being worked on. 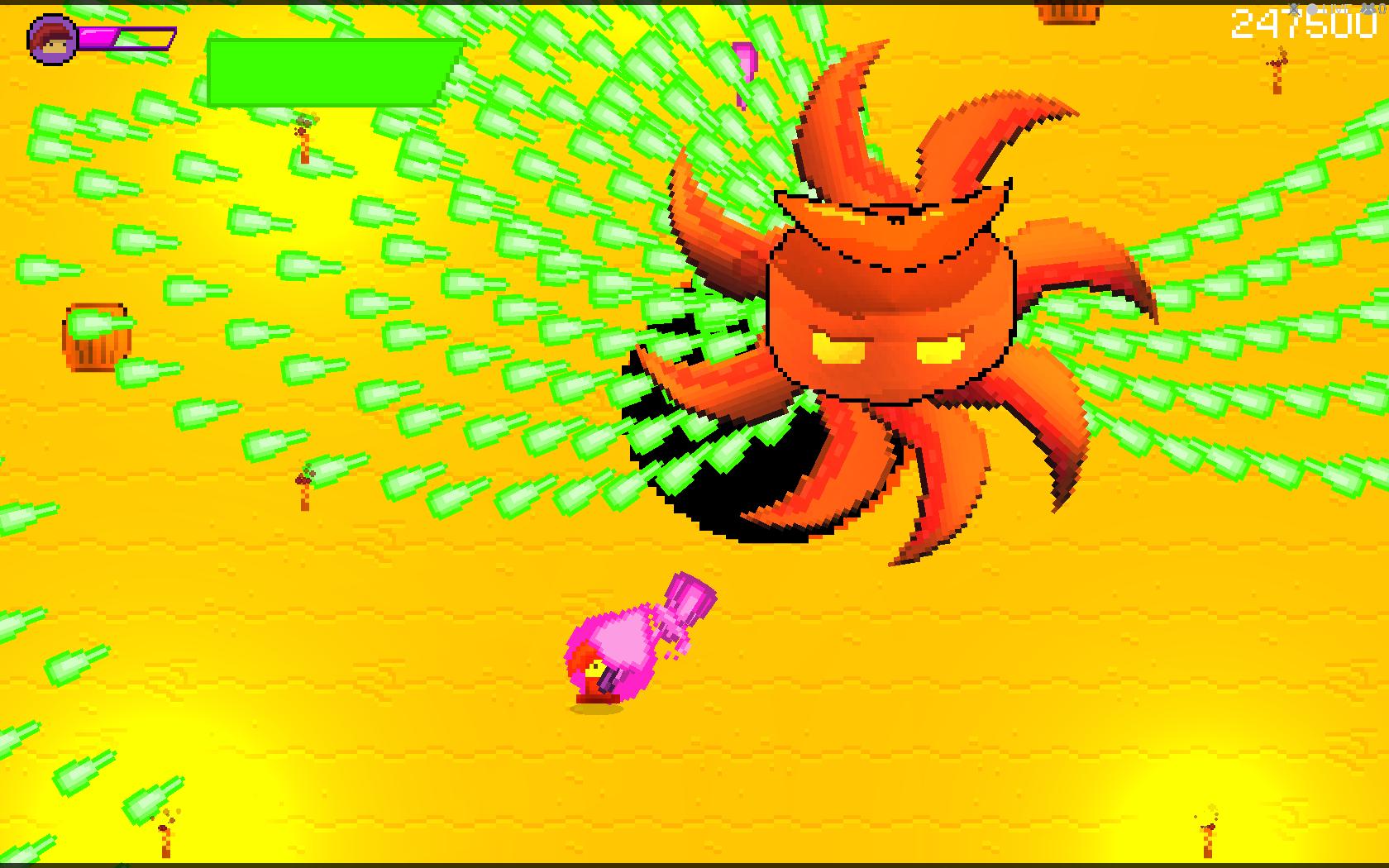 Skyflower might be good some day.  It’s certainly off to a promising start, but the lack of polish combined with absentee developer makes it hard to recommend in its current state.  The character feel is good, the powerup progression is satisfying and the challenge nicely tuned, but there’s simply too many things missing or unbalanced to offset the good points.  With a bit of attention and a few updates adding basic features, though, Skyflower should become a colorfully lo-fi little slice of roguelike bullet-hell action.