Learning a new language is often a rewarding and valuable thing, but it’s not an easy process. For many, the biggest struggle comes at the beginning. That is, overcoming the intimidation and just getting started. There are plenty of ways to take that first step, but almost all involve just sitting down and starting to study; it’s not exactly a fun or even interesting thing to do.

What if there was an engaging or perhaps even fun way to do it, though? For aspiring Japanese-learners, this might just be where indie developer Erik Andersen’s new game, So to Speak, comes into play. We recently had a great talk with Mr. Andersen during BitSummit 2021 and learned quite a bit about both the game and his goals for it.

So, what kind of game is So to Speak and how is it different from other language games out there? For starters, the approach for many language learning games is to use take standard gameplay elements from something like the RPG and add a language element on top of it. Players could drill a handful of words, beat a boss and then drill them again. According to Andersen, So to Speak differs in that the mechanics are tied directly to learning the language. The entire game involves discovering and acquiring new language; it’s not just a series of drills and/or memory tests.

So to Speak takes the form of a top-down adventure game. There’s no character on screen. Rather the player is sort of the main character and their goal is to fully explore each level and solve all the puzzles found therein. Levels are filled with many interrelated signs, visual clues, conversations and locations designed to help the speaker make connections between English and Japanese words on their own. Each time a word is encountered or a connection is made, the vocabulary gets added to the player’s log for them to reference later.

Making these connections and solving the related puzzles comprise the bulk of So to Speak, but there are also opportunities to test one’s newly-acquired vocabulary. Scattered throughout the game are various temples for players to visit, and it’s at these temples that players will switch to actually using the words and/or phrases they’ve acquired to produce things like sentences. Clearing these temples may or may not be required for progressing to the next area, but that’s still up in the air at the moment. Even if they don’t wind up being strictly required for progression, they’ll still likely be a satisfying way to confirm what one has actually learned.

According to Andersen, the chosen vocabulary/grammar is derived from the lowest level Japanese Language Proficiency Test (JLPT – N5) and is somewhat biased toward visible things due to the kind of experience he wants to simulate. That is, players will mostly be learning vocabulary that one would encounter while walking around and trying to understand their surroundings. As someone currently living in Japan, this writer can say that the experience actually matches up rather well. 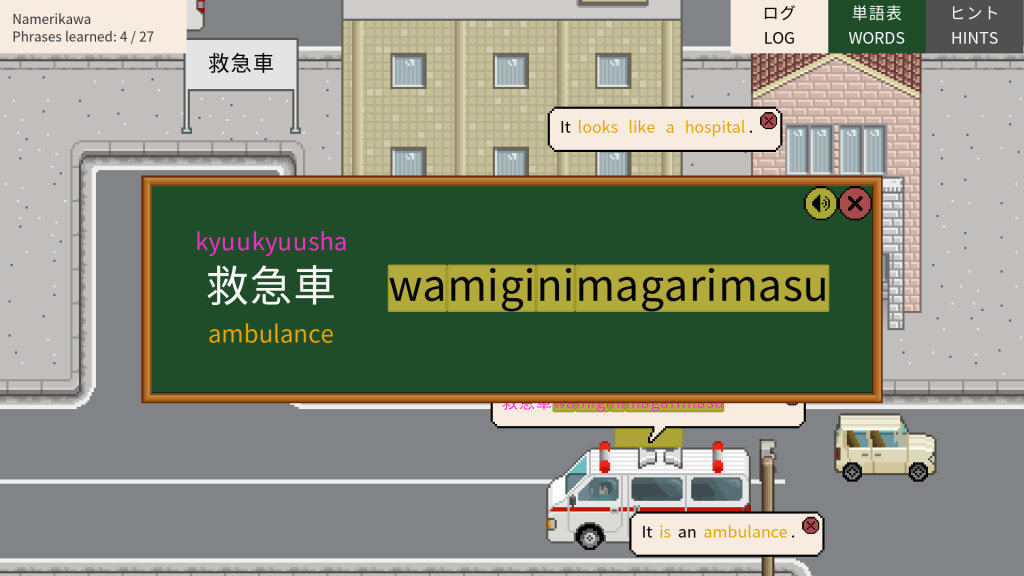 All that, said though, one shouldn’t look at So to Speak as an all-in-one solution for learning Japanese. Rather, Andersen said that he sees it as something that complements all the other language learning tools/methods out there already. So while serious learners will likely still need to engage with traditional methods such as textbooks and tutors, those who are just looking for a good place to start may just find what they’re looking for here.

So what exactly is the scope of So to Speak? Well, the plan is for the game to eventually include around forty different areas inspired by real locations in Japan. The aim is for these areas to be laid out across a map and for the player to freely move between them once they have the ability to do so. Andersen likened it to the kind of layouts seen in the old GameBoy-era Pokemon games. It also seems that each area will cover different topics/themes and will, in total, enable players to engage with something in the neighborhood of 100 words. In the future Andersen hopes to get that number up to 800 words, but he’s still not sure about when or if it’ll get to that point. Confidence is strong, though.

Now, what about Mr. Erik Andersen himself? Who is he and what does he know? Well, So to Speak isn’t Andersen’s first game. He’s worked on other projects as part of a team and even helped produce a Math learning game called Refraction. He also taught at Cornell University for a time and served as an advisor for some student-made games while there. So to Speak is Andersen’s first solo project, but he’s not a total stranger to the development process. 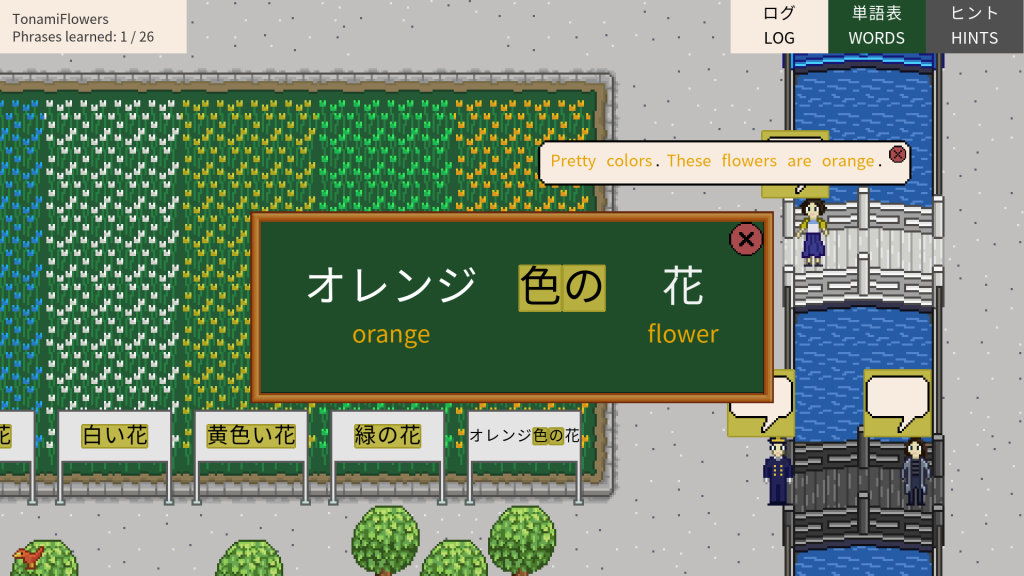 As for learning Japanese, he probably knows what he’s talking about. Andersen has been studying Japanese in some form for about fifteen years now; he’s visited Japan multiple times, and his wife happens to be from Japan too. When asked about his Japanese level, he said that he considered himself to be “okay,” remarking that it’s still difficult. Even so, it’s probably safe to say that the man has a decent knowledge of both Japan and what goes into learning the language.

After speaking to Mr. Andersen, it sounds very much like So to Speak is going to be a great way to make that initial push into learning Japanese. Starting from zero can be incredibly daunting when it comes to acquiring any new language, especially one so notoriously difficult as Japanese. With this game though, perhaps that first, most difficult step need not be as bad as it would normally be. Who knows, it may actually wind up being rather fun.

So to Speak is currently targeted for release in 2022 on PC.