Back in 2013, Alx Preston founded his new indie studio Heart Machine, and began development with his new team on their debut title, Hyper Light Drifter. Ultimately released in 2016, Hyper Light Drifter mixed elements from The Legend of Zelda and Diablo to create a 2D action RPG that put players in control of the Drifter, a character with access to mysterious technology in a world that has long since forgotten it. Using their energy sword, ranged weapons and various other abilities, players were tasked with defeating increasingly difficult monsters in a bright neon world devoid of dialogue. The game received a generally positive reception from fans and critics alike upon its release, with our own review praising its “exciting combat, gorgeous visuals” and “emotionally open-ended narrative and thematic prowess.” With such a promising first release, it was only natural that there was already buzz for what Heart Machine would work on next as their sophomore effort. 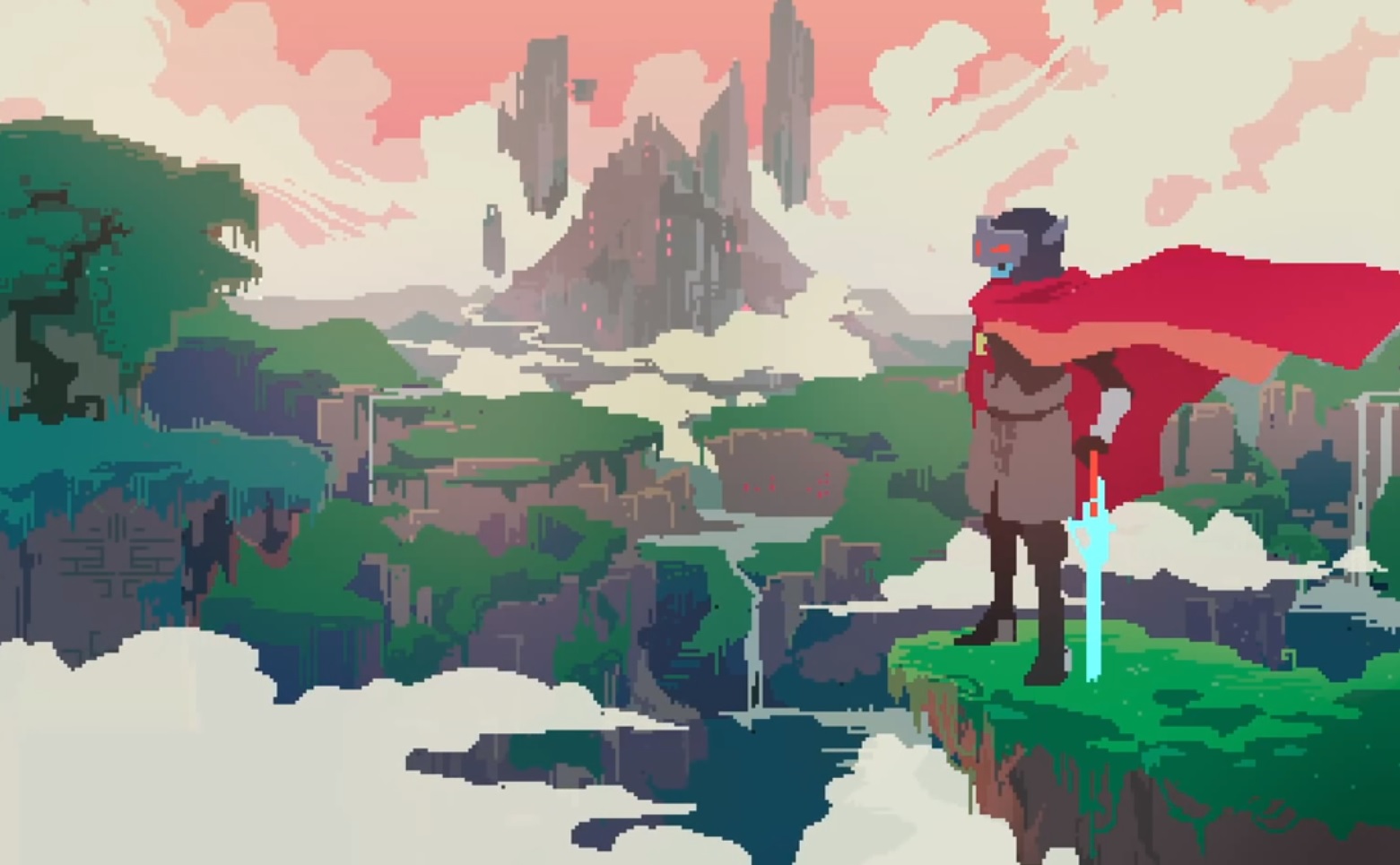 Three years later, the indie studio resurfaced with the announcement of their next title, Solar Ash Kingdom, representing a shift in both perspective and genre as the new title promises to be a 3D adventure platformer. Originally unveiled as a PC exclusive, the title made a follow-up appearance at Sony’s “Future of Gaming” event in June 2020 prior to the release of the PS5, as the game dropped “Kingdom” from its title and revealed that it would be launching simultaneously on PS5 and PS4 as well. Since then, we’ve received several looks at proper gameplay for Solar Ash, including a traditional walkthrough and a briefer look at a large-scale creature encounter. At the Annapurna Interactive showcase back in July of this year, the indie title was originally planned to release in October, but just a few weeks ahead of its launch, Heart Machine pushed the release date back a few weeks to its current date, December 2.

Solar Ash’s shift in which game mechanics it prioritizes seems to be intertwined with every aspect of its gameplay, as traversal takes a larger precedent over the combat that defined their previous work. Although players will still wield a sword as the protagonist Rei, a voidrunner out to save her planet from a giant black hole known as the Ultravoid, players will spend most of their time running, skating, climbing, grinding and jumping across clouds of ash and large swaths of land. Players will still have to take out enemies in their way, but utilizing quick, precision-based attacks to maintain the sense of speed and constant movement. Even the aforementioned beast encounter focuses more on the player finding a way to scale the massive creature as opposed to trying to face it head-on, embracing the sense of scale and spectacle as players navigate the brightly-colored world. 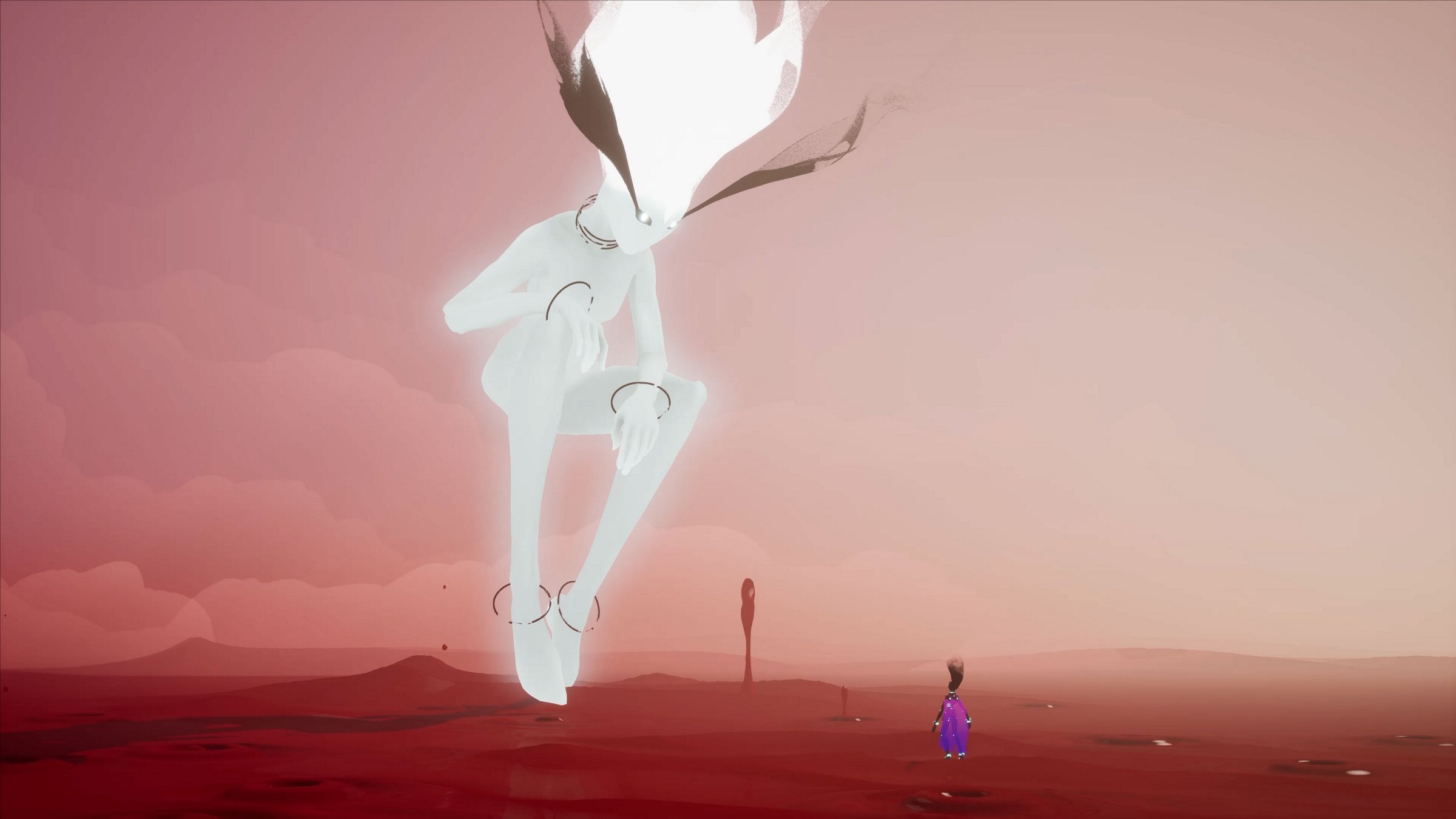 Although some fans of Hyper Light Drifter may be disappointed in Heart Machine’s simplified approach to combat in its second title, the looks at Solar Ash so far represent a strong understanding of how one gameplay mechanic can be used within all aspects of the game to create a unified and potentially more-engrossing experience. The combat, graphical presentation and soundtrack all reflect back on the player’s ability to navigate this neon-infused world in a variety of unique ways. Until we get our hands on the controller, it’ll be hard to know for sure just how fluid and fun all this traversal actually feels, but for now, Solar Ash represents another promising effort from the folks at Heart Machine, as they broaden their ambitions with their first 3D title. Solar Ash is set to launch on PS5, PC and PS4 on December 2.