Action platformers provide some of the most unique experiences as no two are ever really alike. Double Cross comes from the same minds behind Runbow, one of the most creatively-chaotic platformers to come out in the last few years. While it has a load of platforming, Double Cross takes a more story-driven approach with less levels and more focus on longer style stages with a lot of action and many different things to be found instead of a fast-paced time trial approach. With a brand new style entirely, Double Cross opens its doors to a world of crazy dimensions and mysteries abound.

Double Cross follows the exploits of a young girl by the name of Zahra who works for the Regulators of Interdimensional Frontiers and Technology, otherwise known as R.I.F.T. Their work is to keep the peace throughout many different dimensions, but find themselves in a tight spot when they suddenly come under attack. A mysterious attacker has compromised their work and they must make their way through every dimension to find clues and sort out what happened. As Zahra progresses, she will learn more about the very people around her while trying to uncover the criminal at large in order to keep things from getting too out of hand. There’s a lot to explore, but fortunately one of the best is on the case to explore every last dimension and find out what’s really happening. 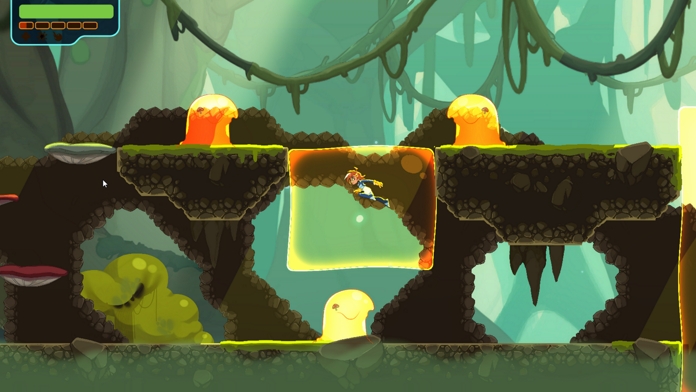 Each dimension has a few different approaches to its stages. The first is of course platforming,  which is straightforward and requires making careful jumps and being careful not to fall into deadly liquids. The second is combat, fighting every manner of monster that gets in the way. The third is exploration and puzzle solving, as there are many things to be found and discovered while diving into each new area. This includes a variety of collectibles, and overall different ways to tackle each stage. One of the most unique parts of Double Cross is that these dimensions don’t have to be completed in any specific order, instead allowing the player to complete levels however they like. To compensate for this, the story adjusts itself according to how stages are completed in order to keep everything cohesive and entertaining.

Zahra’s main mode of transportation outside traditional running and jumping is a proton slinger that allows time to slow down temporarily. This is used strategically against enemies and to swing across certain areas, making for a unique twist to regular platforming. While it can be a little tricky to get used to at first, this is one of the key items that will be used while traversing. Zahra will have to use all her skills in order to get through each dimension, and fortunately she can upgrade her gear as she goes by finding special ores hidden throughout each area. Not only that, but even her attacks can be improved to allow for different combo attacks in order to create a more fitting playstyle for each player. 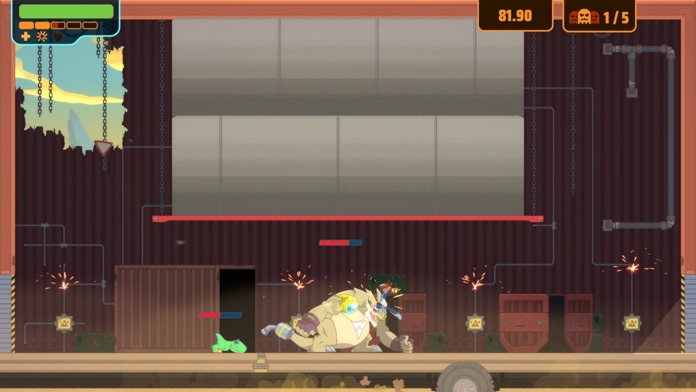 With solid platforming, a mysterious story build up and many unique ways to approach each stage, Double Cross comes out as a little bit of everything. It puts it all together without any one thing feeling overwhelming, and makes for a charming stylized 2D game to boot. There’s so many wonderful ideas at work here that just make for an awesome unique experience that will likely be memorable for many players who give it a try. Players won’t have to hurry through time in order to get Double Cross either, as its planned to release on Switch and PC before the year is up.