I slowly entered the out-of-context dark tent and was offered a sip of freshly brewed red rooibos tea by a man sporting a pink mohawk and red nail polish. After shuffling through massive crowds for four days, the peaceful oasis instantly felt like where I should be. There was a tangible aura of calmness surrounding me, as if I stepped inside of a soothing cloud of fog. A sense of purpose enveloped the pink-mohawked man, as if he knew that this was the exact place he was supposed to be at this time. I spent an uncountable number of minutes dissecting the brain of the undoubtedly unique man, trying to figure out just what made him tick.

Eventually I was instructed to lie down on a vibrating black mat while resting my head upon what seemed like the softest pillow I’d ever felt. Though my lanky frame was unable to completely fit in the dark tent, it didn’t matter. Everything about my being was completely exhausted, so this break from the reality of my situation was both welcomed and needed. I pulled the Oculus Rift onto my face, placed the headphones onto my ears, had a U-shaped microphone placed on my neck, and drifted off into what was easily the strangest technological experience of my young life. 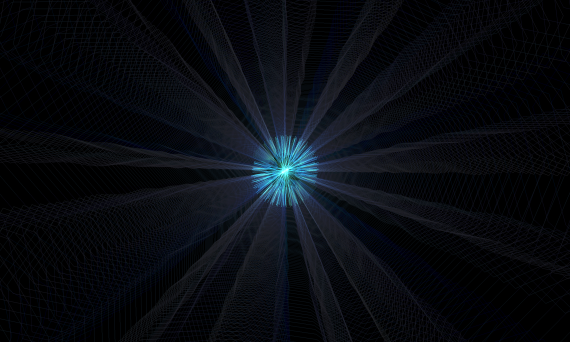 After being instructed to chant and then breathe, I continuously did just that. I hummed, breathed deep into my stomach, and watched as the shapes, colors, and patterns enveloped every inch of my field of view. I was perplexed, but somehow oddly at ease. My breaths and hums changed the visuals both dramatically and subtly. Was I an active participant in this experience, or merely along for the ride? This process continued for what felt like two minutes before I emerged in a strange daze. After learning that fifteen minutes had actually passed, I desperately searched for the pink-haired man. What just happened? What did I just do? I needed answers, yet I couldn’t think of a single question to use to get them.

This, my friends, is SoundSelf. 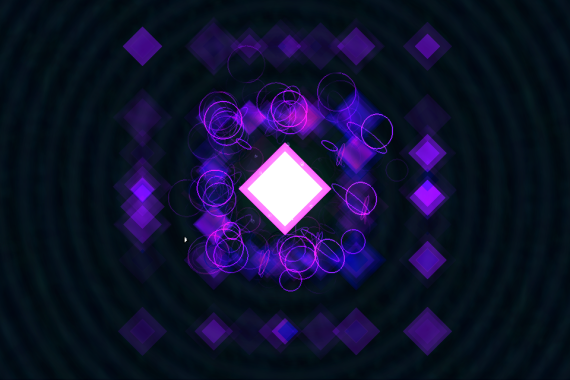 Say what you will about whether or not SoundSelf, the bizarre psychedelic experience from Robin Arnott, is actually a game. There’s points to be made on both sides of this argument, but none of them truly matter in the grand scheme of things. Calling SoundSelf a game does a grave injustice to the outside-of-the-box thinking that went into its creation, while saying it isn’t a game undermines the hard work that went into  its development. I’m sure that there will be countless comments sections debating the merits of SoundSelf‘s game-dom, with purists and fans alike exchanging vitriolic words left and right. For the sake of this preview, it’s irrelevant what anyone chooses to call it because, in the end, SoundSelf is simply SoundSelf, and that’s perfectly okay.

It’s a frustrating endeavor to attempt to describe SoundSelf with words; after all, this is an inherently indescribable experience. Perhaps the short story of how SoundSelf came to be would do it more illustrative justice.

Why should one have to ingest synthesized chemicals to have this sort of profound feeling of oneness? What if that happening could be recreated using technology, thus giving those experiencing it the best chance to peer into Robin’s mind during that day? Let’s face it: even if one were to take the same dose of LSD that Robin took and go to Burning Man, chances are that he or she would not have the same experience. There’s no laws that govern how someone, chemically-enhanced or not, will experience a given event. No formula dictates whether or not a random occurrence will be as powerful to Person B as it was to Person A. What Robin Arnott does have the power to do is minimize the number of variables that affect each person during their time with SoundSelf.

SoundSelf simply wouldn’t work unless the involved party uses a virtual reality headset. Not only does the Oculus Rift increase the level of immersion of any game, but it prevents those using it from having any sort of peripheral vision. If you’re playing Journey, there’s a chance that your experience could be completely ruined by your roommate walking across the living room while picking his or her nose. With a VR headset on, there’s no chance that something will randomly stroll across your field of vision. Psychedelic visualizations are core to the SoundSelf experience, as are the subtle visual alteration methods that those undertaking its journey are able to use.

Those hums and breaths mentioned earlier are actually SoundSelf‘s controls, as odd as that may seem. There are no buttons, joysticks, keyboards, or mice involved; instead, one uses his or her power of noise-creation to change the visuals seen with the Rift. Though it’s technically correct to call humming and breathing the “controls,” this terminology feels nothing short of inappropriate. Yes, it’s true that breathing in and out might cause the screen to be flooded with perfectly-timed whiteness, and humming might warp the strange lines and figures enveloping one’s vision. Still, one isn’t directly controlling the visuals in SoundSelf like, say, Kratos’ Blades of Chaos or Mario’s jump. This is an experience that is supposed to make you feel just as one with the universe as Robin felt that day at Burning Man; what human truly has the power to directly control the entire universe?

Concluding a monologue about the strangest technology-based experience I’ve ever had is just as obtuse of a process as SoundSelf itself. There is no logical endpoint to SoundSelf, the thoughts and feelings it inspires, or even the universe itself. How am I supposed to finish a statement describing an experience that is far too unique to be quantified by beginnings or endings? SoundSelf is an unforgettable blip on the radar of my life. It changed the way I think about technology, and more specifically gaming, in general. It’s the first thing I’ve ever experienced that defies conventions such as “good” or “bad.” Say what you will about exactly what SoundSelf should be classified as, but don’t underestimate its impact.