Throughout the course of recorded history many wondrous technological innovations were born simply by combining two existing devices together to create something new and great, such as combining a vacuum cleaner with a hair trimmer. Games can sometimes work this way since we have had some good games born from genre cross pollination before. Splitegate: Arena Warfare incorporates this basic design philosophy into its creation. An oversimplification of this title would be taking a now classic first person shooter like Halo 2 and adding a portal gun to the mix, bringing a twist that separates this title from the millions of other first-person shooters that will be released this year.

Next to the teleportation portals, one of the most noteworthy things about Splitgate: Arena Warfare is how it doesn’t play like a modern team shooter. Splitgate is in part an homage to Halo 2 and other shooters of that era. As such, certain game mechanics that we’ve seen in more recent games such as being able to grab onto a ledge when a jump didn’t quite make it to the destination won’t be found in this title. For older gamers (Editor’s note: Halo 2 turns 15 this year) this style of gameplay will be a shot of nostalgia, while those who started gaming later will get to adapt to a different set of game rules. 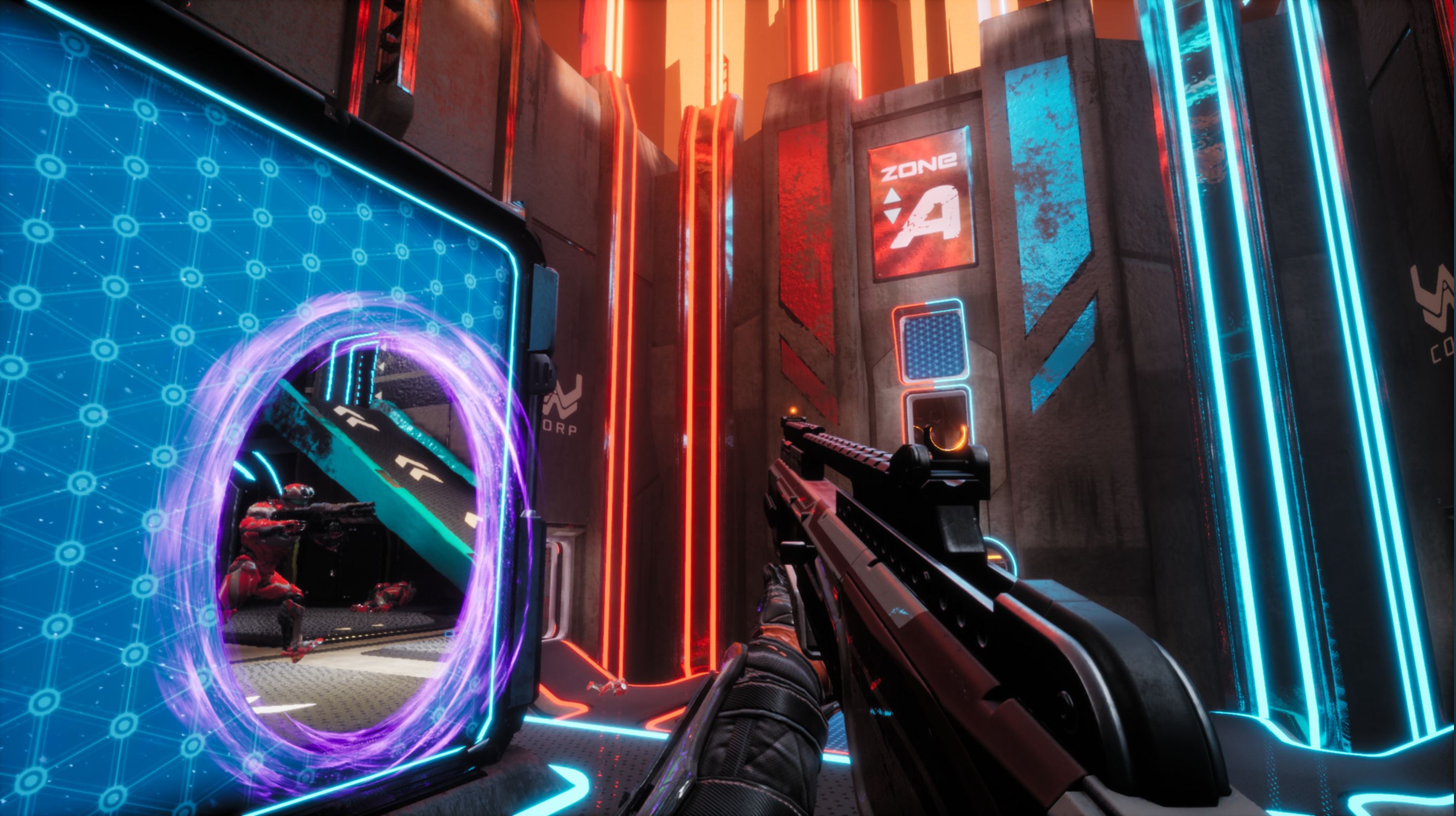 The portal gun initially sounded like a gimmick, and maybe it can justifiably be called one, but it does add some interesting dynamics to the otherwise traditional gameplay. There are several strategic implementations for the portals that we were only able to briefly touch on during our brief time with Splitgate. Some of these approaches were obvious, such as using portals to escape death or teleporting behind an enemy for a sneak attack. Other approaches seemed like they would fit into a Roadrunner cartoon if ACME products actually worked, like setting up a portal passage that allows the player to shoot rockets into one portal and have them come out near the enemy by the exit portal. There are limitations on where portals can be placed to prevent them from becoming game breaking but the learning curve is quick enough where it doesn’t take long before players learn the ins and out of portal travel.

Splitgate is meant to be played with other people and will support up to ten players online. Several maps and game modes help prevent things from ever getting too predictable and mundane. There are the typical arena shooter game modes like team death match but there are also some humorous game modes. These sillier modes include things like Confirmed Teabag, where a kill doesn’t count until the player teabags the corpse or Oddball where controlling a disco ball acquires win points in a twist on a capture the flag or domination game mode. 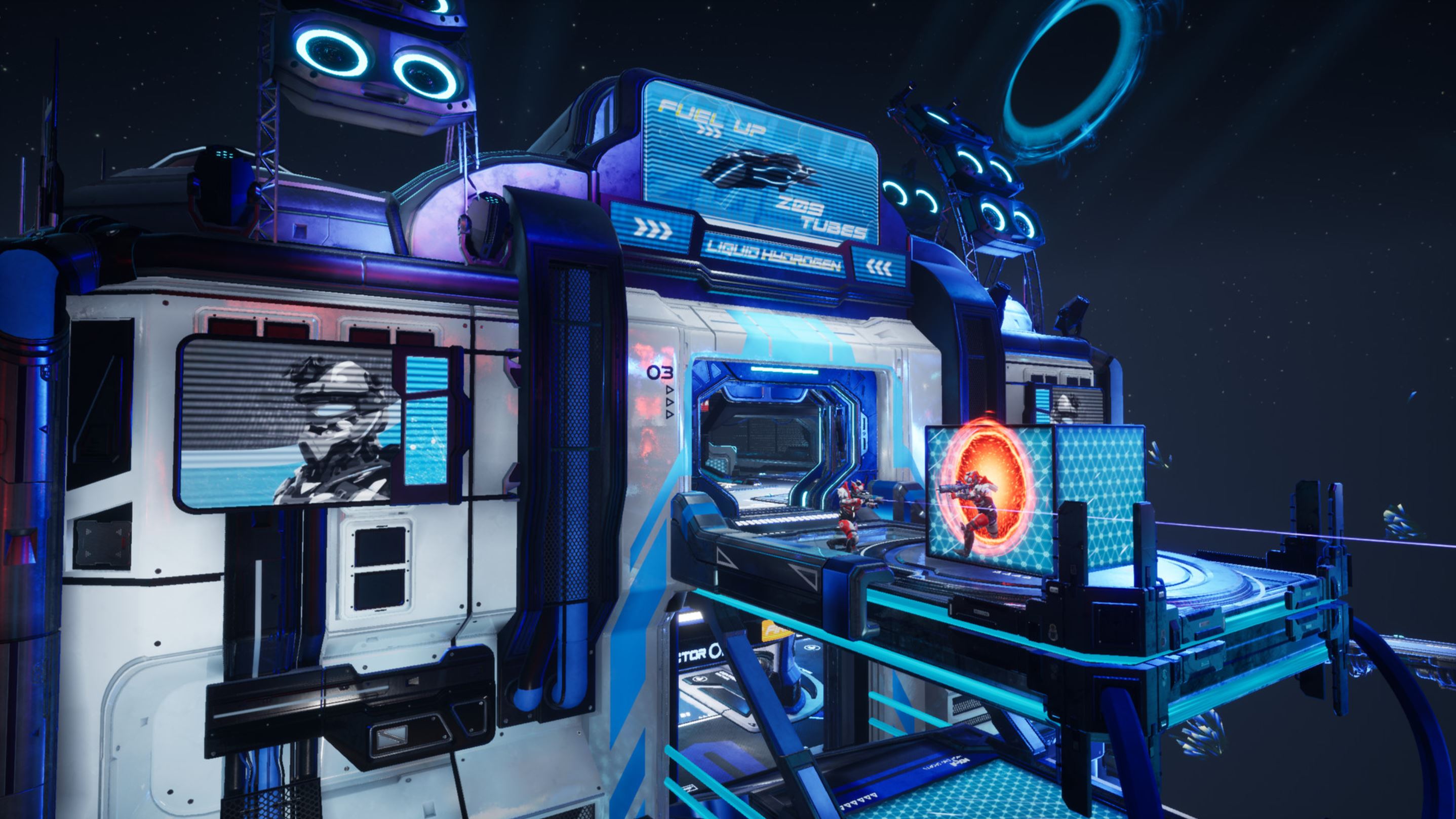 Splitgate: Arena Warfare take classic arena shooter gameplay and uses portals to add an interesting twist. Splitgate is designed where it doesn’t take long at all to get a handle of the basics but countless hours to master, making it accessible to veterans and newcomers alike. Splitgate is scheduled for release sometime this spring for PC.