Star Wars Battlefront was resurrected by EA and DICE back in 2015. While a gorgeous looking game that brought the Original Trilogy to life, Battlefront lacked the gameplay depth and content to keep players coming back for more. It’s a game that got boring fast and it wasn’t hard to feel cheated when that $49.99 Season Pass was announced. Two years later, DICE and EA are looking to make amends with Star Wars Battlefront II. Promising more depth and triple the amount of content of the first game, the developer and publisher have set lofty goals for themselves. With an open beta, EA and DICE are showing they have nothing to hide, but is what they’re showing any good?

The open beta is comprised of an assortment of different game modes and content. There’s Galactic Assault on Theed, Starfighter Assault over Fondor and Strike on Takodana. Heroes included in the beta are Rey and Han Solo for the Light Side, and Darth Maul and Boba Fett for the Dark Side. While it’s too early to conclude whether DICE has solved the content problem, there’s quite a bit to do in the beta.

What can be assessed are the game mechanics. Probably the most significant and positive change to the gameplay is the removal of Battle Pick-ups. In Star Wars Battlefront II, Heroes and vehicles are no longer random items scattered throughout the battlefield. Instead, players can spend a currency called Battle Points to call in some of the more powerful units in the game. Battle Points are earned in-match for doing anything. Defeat an enemy, do damage, play the objective or assist an ally and you’ll get some. 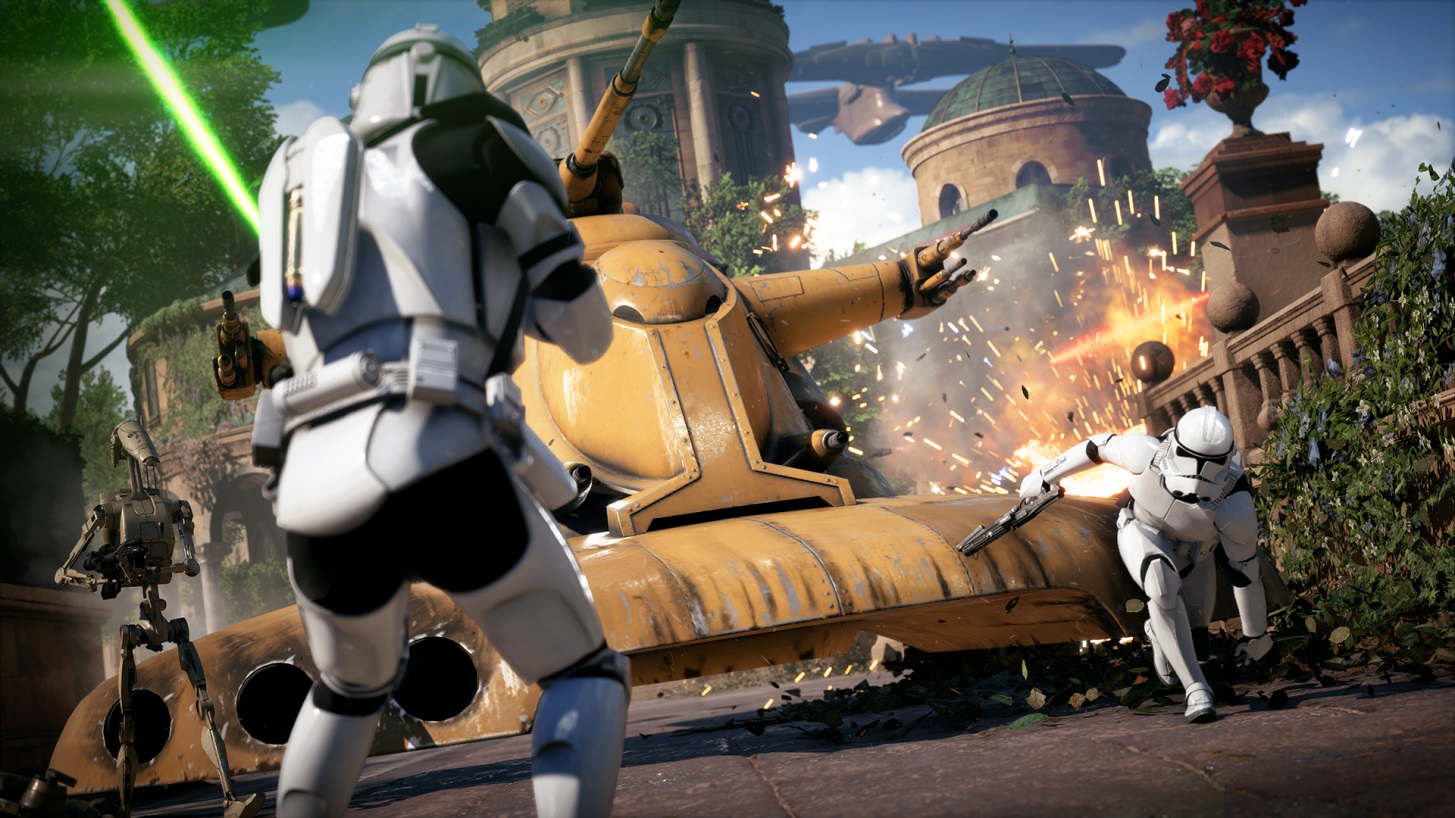 As amazing of a change as this is, Battle Points do create their own set of issues. Mainly, there’s a snowball effect. If a team or player is doing well, they’ll easily be able to dominate the enemy team. Seriously good players can quickly rack up enough Battle Points to repurchase the same unit and cause even more headaches for the opposing team. Perhaps a few adjustments to Battle Point allotments when playing as powerful characters and vehicles would help.

Outside of Battle Points, ground mechanics are quite similar to the original game. There’s still the option for first and third-person, but the third-person perspective is still the best option. First-person may look prettier, but it offers no tactical advantage compared to third-person. A new class system has been implemented into the game and does add more variety to the combat. If you were hoping for as much depth as Battlefield’s class system provides, however, then you’re bound to be disappointed. Each class has its abilities, but customization and gadgets are limited. We’ll have to wait till the full game to see how this all plays out.

Regarding weapon gameplay, things have been tightened up. DICE have added weapon recoil and sway to make weapon mastery more rewarding. Still, shooting is far too simplistic, which was a big problem in the original game. Also hampering the gunplay is weapon balance. The Time-to-Kill in Star Wars Battlefront II is very slow with primary weapons, but power-ups have an extremely fast Time-to Kill. The shotgun and grenade launcher, in particular, can do in one hit what an assault rifle can’t do with multiple hits. Grenade spam, a consistent issue across DICE games, is also prevalent in Battlefront II. Right now, the balance leaves much to be desired and Battlefront II feels like a game that’s less about the gunplay and more about abusing your abilities. 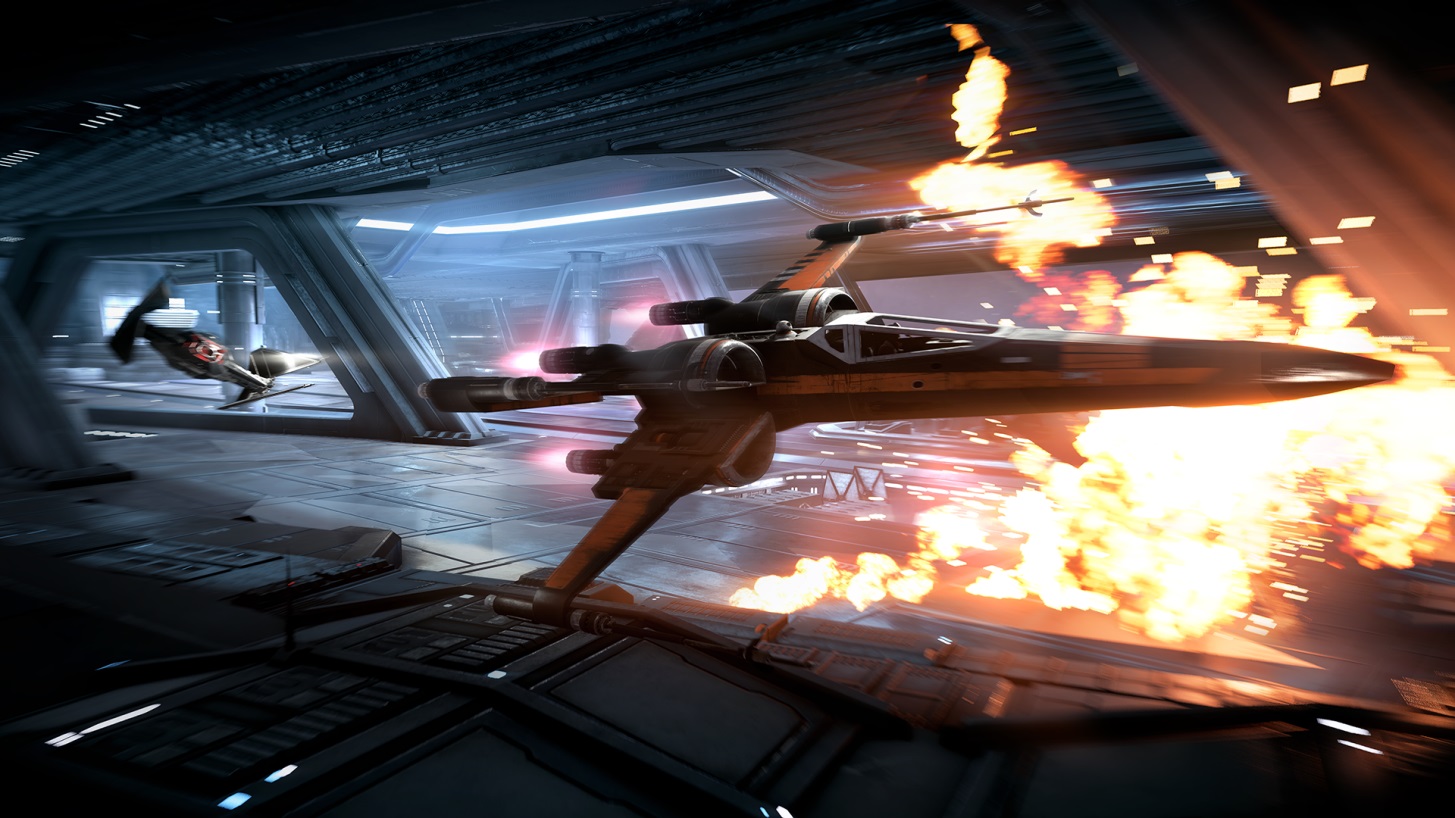 What has changed are the flying mechanics. Criterion Games was brought in to revamp the flying mechanics and they have done an incredible job. There’s no more auto-locking or pressing buttons to perform tricks. It’s all up to the players to aim and perform their own stunts to dodge incoming missile fire. It all comes together in Starfighter Assault, where players will need to put their flight skills to use. It’s a surprisingly addictive mode that provides a real rush. Hero Ships feel balanced enough, though Darth Maul’s Scimitar and Poe Dameron’s Black-One seem over-priced. By the time most players can afford these Hero Ships, the match is usually over. Overall, though, Starfighter Assault might end up being one of the best modes in Star Wars Battlefront II.

As for the other modes, Galactic Assault is destined to be the most played in the game. While it would have been nice to have gotten Conquest and 64 player matches, Galactic Assault offers enough pulse-pounding action. Strike, on the other hand, needs some work. It’s a 16-player game mode focused exclusively on infantry combat, but the Takodana map feels completely one-sided. Resistance players have an easy time defending the objective because of how easy it is to camp at Maz’s Castle. Even if the First Order manages to grab the package, they face tough odds because the Resistance spawn point is right behind where they must deliver the package. It’s a one-sided affair and it can be infuriating to play as the First Order. Hopefully, the other maps aren’t like this, and that DICE can make things a little fairer on Takodana.

Regarding the network, things are usually fine once you get into a match, but doing so can prove difficult. During testing, we stumbled across “Error Code: 1,066” far too many times. From casual internet searches, it appears that other players are also suffering from this issue as well. It’s unknown how widespread this is, but it’s something for DICE to look into and hopefully fix by launch. No one wants another Battlefield 4 launch. 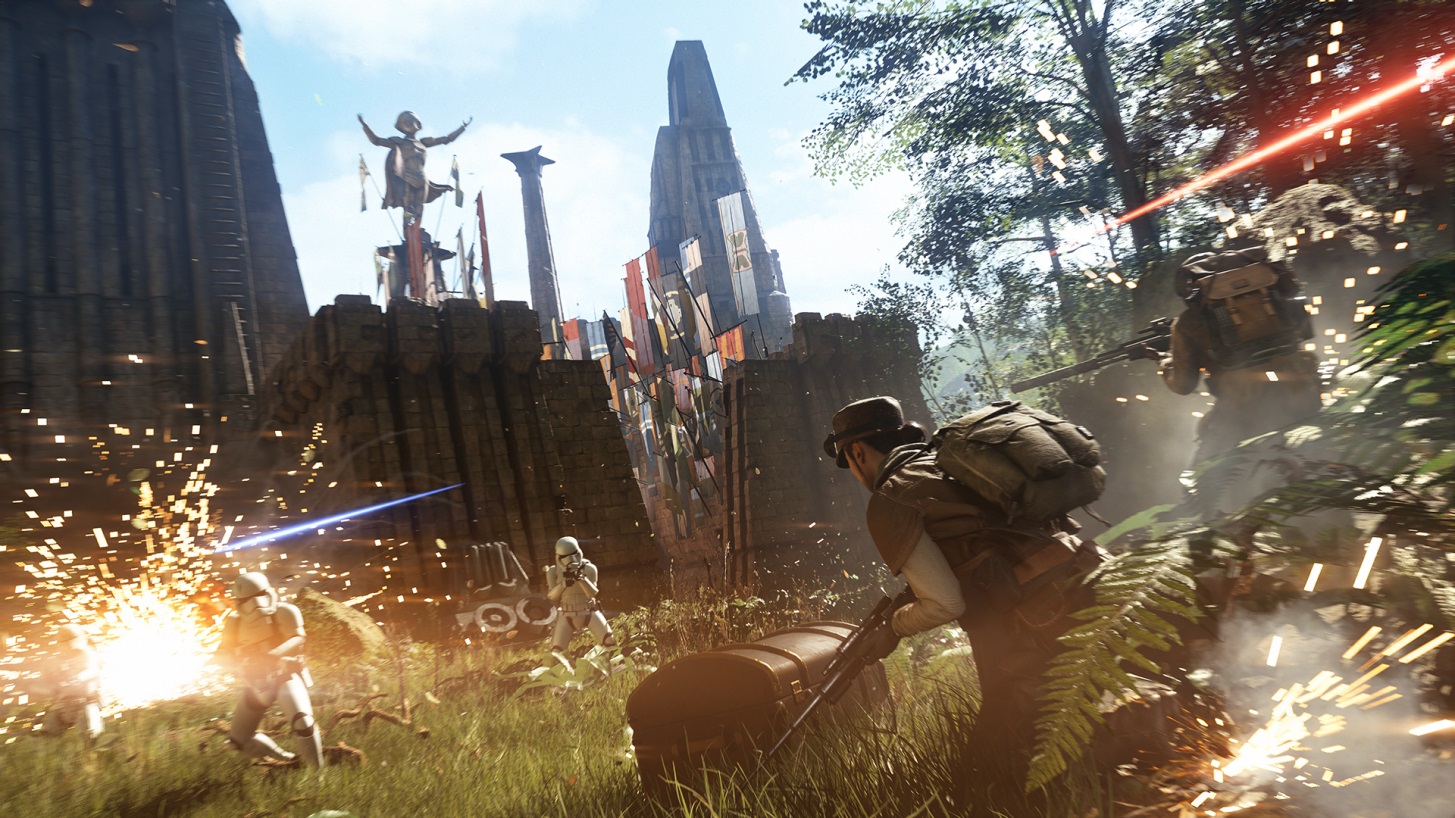 Now, it’s time to talk about microtransactions, which Star Wars Battlefront II has. Based on the beta, much of the progression and Star Cards appear to be tied to Crates (Loot Boxes). Crates can be purchased by collecting Credits in-game and likely some Premium currency using real-world money. EA and DICE haven’t announced their plans for this yet, but they are dangerously flirting with Pay-to-Win here, as this is the only way to get Star Cards and crafting materials that add extra bonuses. Since this is a beta, it’s too early to say how microtransactions will affect the finished game, but it’s something to keep an eye on.

Star Wars Battlefront II makes some serious improvements over its predecessor and EA and DICE are not afraid to show that. The beta has given us a small taste of the amount of content and game modes that will launch with the full game. Battle Points are an excellent replacement for battle pick-ups and flying has never been more fun. There are some balancing and network issues to iron out, but hopefully all the data acquired from the beta will help fix that. Battlefront II doesn’t have the depth of other shooters on the market, so we’ll have to see if the additional content gives it the staying power the original game never had.. Based on the beta, though, we’re cautiously optimistic.

Star Wars Battlefront II is out November 17 on PS4, Xbox One and PC.