After a month of rumors, Square Enix, Team Ninja and Koei Tecmo Games formally announced their latest collaboration, Stranger of Paradise Final Fantasy Origin. On paper, a Final Fantasy game that plays like Nioh sounds like a perfect match. In execution, however, it’s been a nightmare thanks to an awful reveal trailer and a trial that refused to work for two days. Now, the trial is finally working and we’ve gotten a chance to try the game. Is it a nightmare as the trailer made it look or is there something good lurking underneath all the angst?

There’s no skating around it; Stranger of Paradise’s presentation is abysmal. It would be a lie to say this looks like a PS3/Xbox 360 title as there are assets and systems in place that wouldn’t run on 7th-gen hardware. That doesn’t mean the game looks good, however, barely managing to come close to the visuals seen on early PS4 and Xbox One games. Textures are drab, the Chaos Shrine is empty, and animations are stiff and lack natural fluidity. Effects work, especially fire, and don’t look too bad.

The characters and voice acting don’t do the game any favors. Any hope that the trailer was just weirdly cut is out the window. As feared, the main protagonist Jack is as much of a meathead as the trailer made him out to be, only wanting to kill Chaos. His allies, Ash and Jed, who feel like they’re only there to balance Jack out, don’t fare well either, with both coming off as cringe. 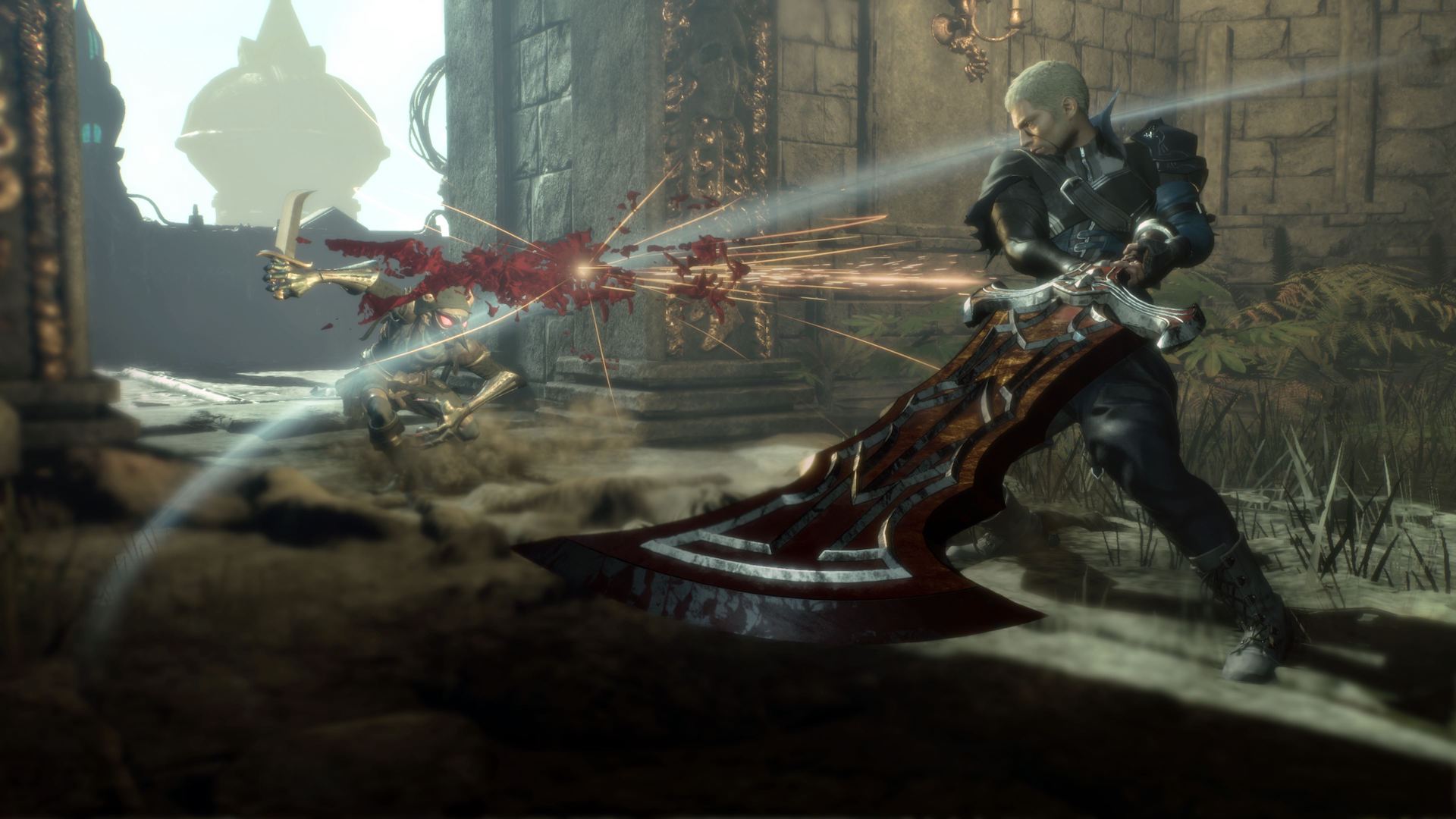 Probably the best way to describe Stranger of Paradise is that its presentation feels like it’s from a different era. Like the late 2000s and early 2010s titles, it comes off as if it believes being edgy is the only way to be cool. As Team Ninja should have learned in 2012 following the release of base Ninja Gaiden 3, however, this doesn’t work. More to the point, it doesn’t feel natural in a Final Fantasy game, particularly one that allegedly serves as a prequel to the colorful and whimsical Final Fantasy. With the game scheduled for a 2022 release, hopefully the team at Square Enix and Team Ninja can fix some of these issues.

Perhaps the presentation’s biggest sin is how much it distracts from the gameplay. Despite stiff animations, Stranger of Paradise offers an interesting take on the Soulsborne/Nioh formula. What you expect is here, including light and heavy attacks, a stamina system, blocking, dodges and rolling. New items affect not only your stats, but also the appearance of your Jack. What’s nice is that there’s a real Final Fantasy twist to the combat.

Much of the combat centers around the classic Final Fantasy MP stat. If you want to perform special moves or magic, you need MP. How can you get MP? By utilizing the Soul Shield (parry) and Soul Burst mechanics. It’s a neat little tango that opens up interesting gameplay opportunities. The same can be said for Final Fantasy’s Job system, which is folded neatly into the mechanics. Jobs are tied to weapons and can be swapped at the tap of a button. For the trial, only Warrior, Black Mage and Dragoon are available, but they give an idea of how players can use the different classes to overcome enemies. The warrior dishes damage, the mage clears out elemental enemies and the dragoon is about speed. 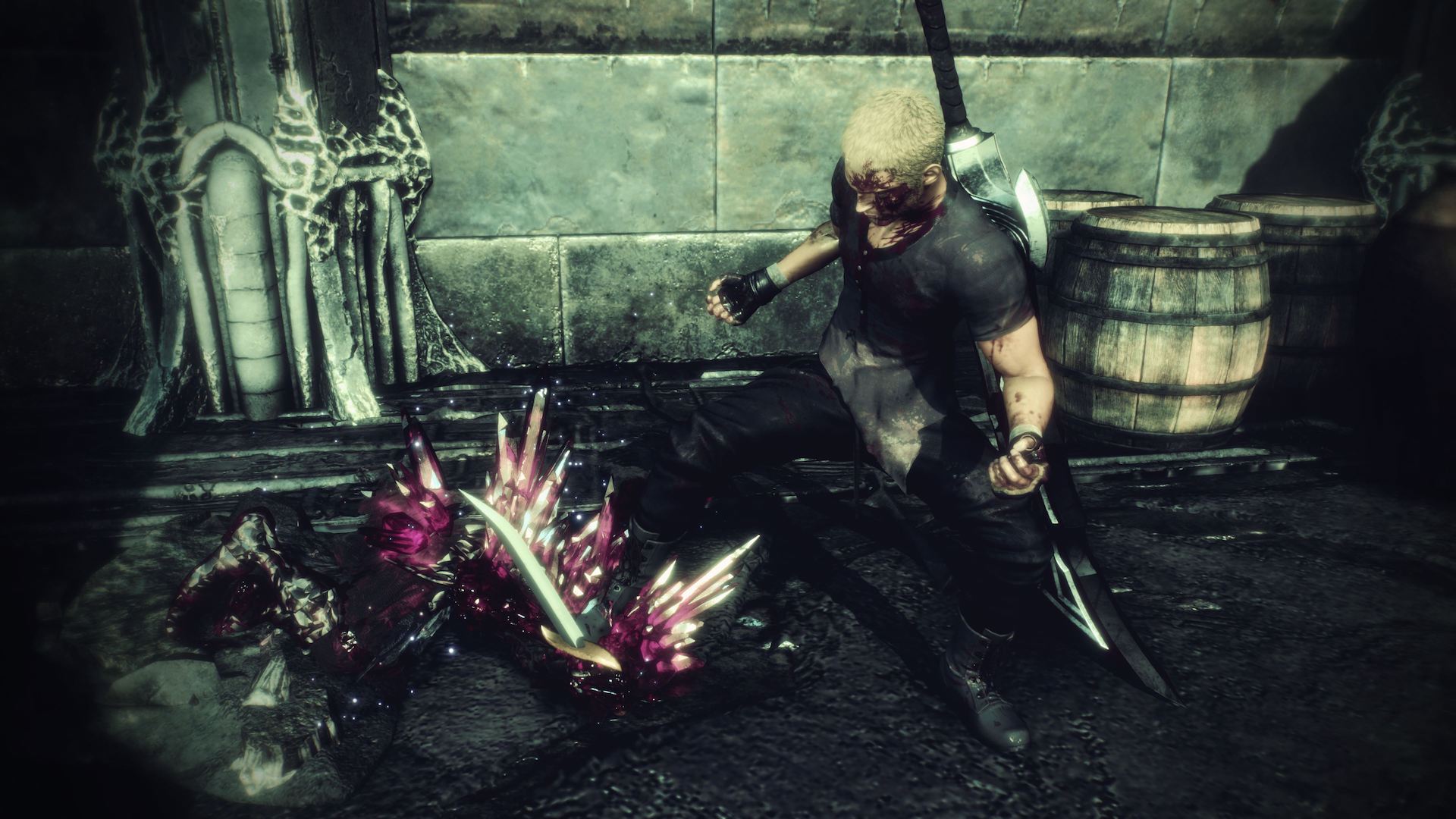 A Nioh like Final Fantasy game isn’t a bad idea. Of the many different genres the franchise has dabbled with during its decades of existence, this genre makes sense. Unfortunately, the execution isn’t there yet. Square Enix and Team Ninja are currently barking up the wrong tree, creating a drab, terrible-looking game with truly awful characters. It’s not too late to turn it around by improving the graphics, adding some color, and perhaps bringing the voice actors back into the studio to record some new dialogue. Stranger of Paradise Final Fantasy Origin has interesting gameplay mechanics, but it’s just too bad that the awful presentation obscures them.