Telltale Games has almost single-handedly thrust video game narratives into uncharted territory, spinning compelling and surprising stories of a consistently stellar quality. Millions of players have marveled over the studio’s ability to tell a story, but when Telltale announced its next project would be set in the Borderlands universe there was about as much head-scratching as there were cheers of excitement. We recently had a chance to play it and while I went in with an open mind, I came out thinking only one thing: more, please. 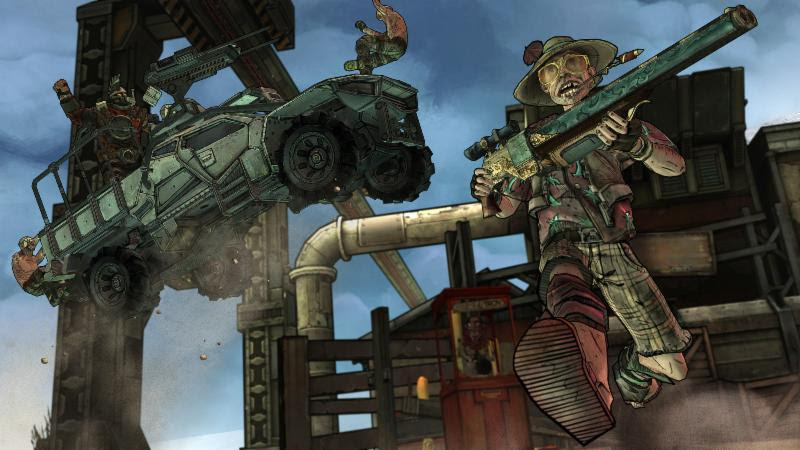 Like all of Telltale’s work, Tales From the Borderlands is a masterful display of tonal narrative. From the opening moments, when a car gores a bandit on its descent to Pandora, it’s clear that Telltale are right at home in the Borerlands universe. We’re introduced to two characters: the suave and witty Rhys, controlled by the player, and the more reserved and nervous Vaughn. They’re on their way to complete a deal with someone named August in a decidedly dodgy area, and as they roll through the dusty streets of the shantytown you can’t help but feel the duo are out of their element.

That turns out to be exactly the case, and before long they’re forced to ask directions from an intimidating stranger with a butcher knife, who turns out to be the leader of the local bandits. Lovely. Suddenly fighting for their lives, Rhys orders a Loader Bot from Hyperion headquarters to defend himself and Vaughn. You see, those two are a far cry from the vault hunters Borderlands fans will be familiar with. They’re ordinary people in the Borderlands universe, and that makes them infinitely more interesting. 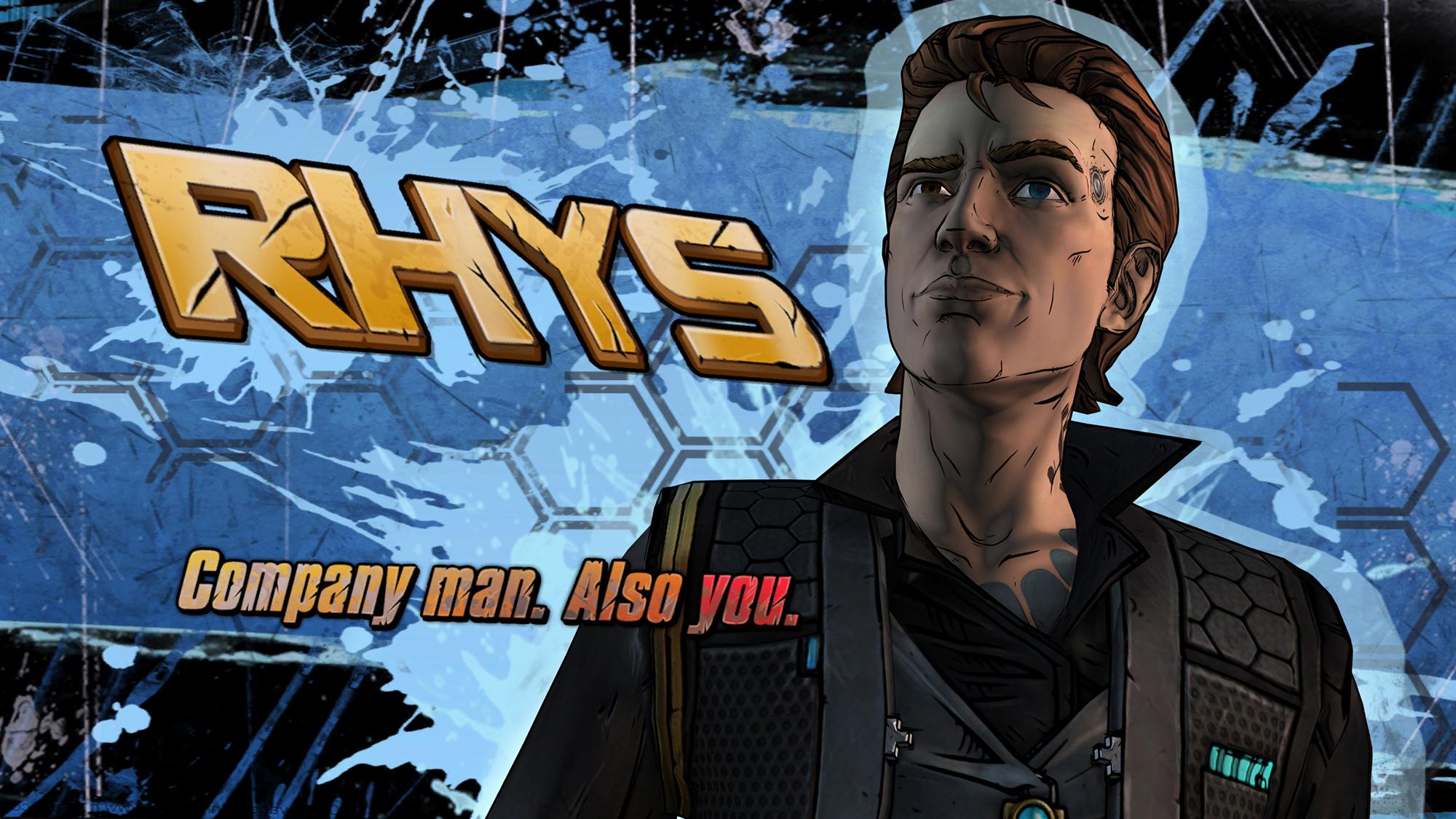 Telltale has an amazing talent for creating characters, but never have I been more aware of it than the moment I realized how much I liked Loader Bot. That’s not a slight against the rest of the cast, mind; they’re all interesting, well-developed personalities. But Loader Bot’s funky speech patterns and untraditional robotic behavior made me long for a mechanical companion just like him. I’ll be quoting lines like “Let’s get funky” and “Why must the world always punish the good” in his metallic voice for years. He also turns out to be a handy pal to have in a pinch, so hopefully he reprises his role later in the series.

What makes Tales From the Borderlands such an enticing concept is that Telltale can finally make its witty humor the focal point of a series. The Walking Dead and The Wolf Among Us each had their moments of comic relief, but they were scattered throughout seasons of tense, action-packed plot development and never really received ample time to shine. Tales From the Borderlands reverses that formula, bringing the humor to the forefront of the experience and building everything else around it. There is of course still plenty of the action, tension, and emotion the studio is famous for, and it all started to come together towards the end of the demo.

As my deal with August began to deteriorate, I was given two choices: blow his mind, or use force. August looked like he might snap my neck if I laid a hand on him, so I decided on the former – and my goodness did I make the right decision. Rhys launched into a heartfelt speech about potential, dreams, and the future in a complete departure from the heavy tone set moments before. It was so moving it actually forced August to tears as he embraced Rhys’ valiant figure, a shadow of the imposing personality he was merely moments before. It was a confusing turn of events, and felt a bit out of place.

Then something amazing happened. An unfamiliar voice interjected, calling Rhys out on his obvious embellishment, and I was introduced to an entirely new character named Fiona. Unsatisfied with Rhys’ version of the story, she decides to tell the group exactly where he went wrong, and I was suddenly handed one of the biggest choices I’ve ever encountered in a Telltale game. It was up to me to decide which direction I wanted to take the story; four very different choices were presented, and Telltale confirmed afterwards that my decision would have a substantial effect on the narrative going forward. Tales From the Borderlands will alternate between Rhys and Fiona throughout the season, allowing the player to choose who they believe and, in turn, decide what really happened. Presenting the game from two different perspectives that can be changed on the fly is an incredibly creative design choice, and should make for some of the most outrageous narratives in any of Telltale’s games.

It’s always a challenge to outdo your past efforts, especially when they’re as stupendous as Telltale’s. But if the slice I played is any indication, we may be on the threshold of the studio’s greatest work to date. Tales From the Borderlands‘ unique dual-narrative structure means nothing is off the table this time around. Prepare yourselves for greatness when the first episode releases later this year, and for the love of god Telltale: give me more Loader Bot.