The Tales series has been in need of an upgrade for some time. Tales of Berseria was fantastic in terms of story, but it was clear that the design and potentially the engine supporting it had been become antiquated. Even peering all the way back two generations, Bandai Namco Studio refused to evolve the formula; Tales of Graces and Tales of Hearts have a certain charm to them, but their scope was limited, and it ultimately transitioned into Tales of Xillia, a set of games that didn’t exactly help the long-running franchise’s legacy. The problem is that each became repetitive, with the world becoming less and less impressive thanks to their linear environmental design. The characters both had a strong amount of detail and were  compelling, but it didn’t help that the last two games could have been mistaken for early-staged PlayStation 3 releases in spots. Thankfully, Bandai Namco has listened to the criticism and now we have Tales of Arise, a game that looks to mold its own identity with its stunning art style and evolutionary systems. We got our hands on a small portion of the upcoming RPG and were left unbelievably hopeful.

Mechanically, there are plenty of elements that resemble what we’ve come to expect from a Tales game, but modified to be a bit more action heavy and streamlined. You have your standard attack which does base damage, but also your Artes assigned to A, B and Y. The Artes Gauge replenishes fast, so fast that all you need to do is hit standard attacks for a couple seconds before it’s full again, although it’s mainly about weaving in the Artes in between those attacks to maximize your damage, allowing combat to flow smoothly. Outside of your Artes you’ll also be given Boost Attacks which unleash a character’s unique abilities. These are gradually built up throughout fights and are generally attack oriented, helping massively in certain situations, such as dealing with a horde of unwavering enemies. 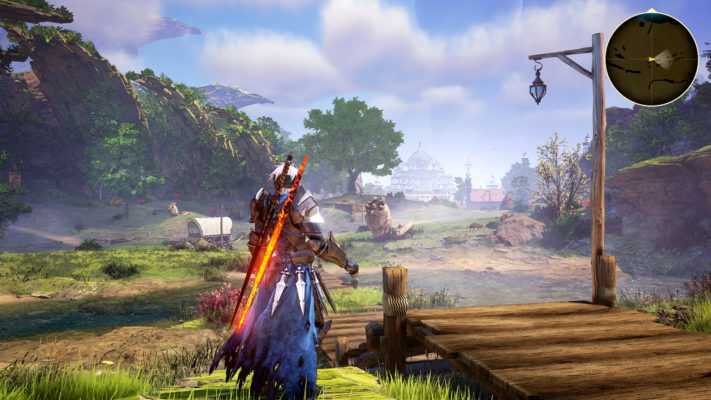 Then there are Strikes which are combined power attacks where two characters unleash an incredible blow on the targeted enemy. From what we’ve seen, these are dedicated for specific characters and not assigned. So for example, the main protagonist Alphen will team up with Shionne while Rinwell combines with Law. In fact, even if the character isn’t in the party, they’ll still show up, which makes things far more convenient. There are various other elements to a fight, such as Breaks which leave your opponent vulnerable, Core Break weak spots, or the various effectiveness and resistances, but these are typical components to any RPG.

While you have your standard Artes and Boost/Strike attacks, there’s also the aspect of Cure Points, something I’m not sold on just yet. You’ll be granted a certain pool of CP that is depleted by using healing or supporting skills within combat. This gauge can be replenished in certain ways outside of combat, but we found that even in one boss encounter at maxed capacity, it wasn’t too hard to quickly eat through it, leaving you and your team in a vulnerable situation. Considering your AI companions are not perfect by any means — nor do we expect them to be — this can lead to frantic situations, making a battle far more difficult than it ought to be. We only were able to experience it with one challenging encounter, so it could simply be something that needs to be better monitored or modified through the Tactics options, but the element of having a shared pool of cure and supporting abilities is at least a fascinating idea. 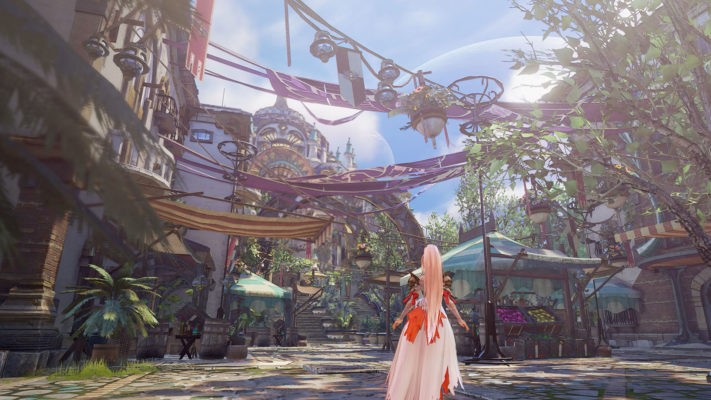 Throughout the build we were able to try out six different characters and their varying playstyles. Alphen is your standard sword-wielding Tales protagonist that is generally going to be the default character. Shionne is a long-ranged character who wields a rifle and has healing abilities. Rinwell is a young mage type character that uses elemental casts. Law is a brawler who talks with his fists and comes out swinging. Kisara is a tank-like individual who wields a mace and a colossal shield. And finally, Dohalim is a polearms user with healing and support capabilities. There’s a wide variety of gameplay styles to be had with this compelling cast of characters. For us, we found Rinwell the most fun to play and Dohalim having the most potential. Each can be swapped between at any time during combat by simply bringing up the menu and cycling between the four on the battlefield with LB and RB. On top of that, you’re also able to exchange characters not currently in the battle, ensuring your party composition isn’t mixed up when entering a fight, or more usefully, if someone dies and you’re left within a Life Bottle.

One of the bigger criticisms we’ve had with the Tales game in the past is its linear, corridor-esque environments, but in Tales of Arise, the world is far more open. It’s not on the level of an open world as you still going from area to area, but each is far more expansive than we’ve seen from the franchise for some time. Granted, we only got to see three sections of a whole map, but if it’s an indication of the direction the developers are going with the world, it has us excited. As per usual, there are enemies that spawn in the open environments in which you can run into to initiate fights, and the load times in between these are especially fast, transitioning from one to two seconds, getting you in and out without much worry — at least on the build we played. Outside of that, there are hidden locations to find with treasure, different enemy combinations and collectibles that can be used to craft accessories and items. There’s even more chatter than I remember, which can get noisy, but at least it builds and expands upon the characters. 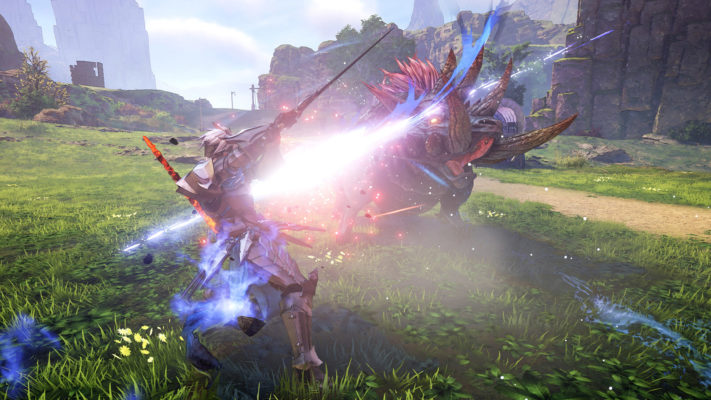 The visuals in the Tales games have been uneven as of late. While character models have become a focal point for most anime-esque video games, it has left the environments and world to rely heavily on the art style rather than a technical component. Even the last game, Tales of Berseria, had some rather PS3-looking textures and geometry in the world that became all the more noticeable during cutscenes. Thankfully, Bandai Namco has changed this dramatically as the art style is something else in Arise. Not only is there more detail than any Tales game before it, but it comes in this almost pastel painting quality. While the animations on enemies don’t seem anything special, the flashy, over the top style the cast of characters represent in combat will drive your interest. It’s hard to believe Bandai Namco has come so far as Tales of Arise is a gorgeous-looking game that will help drive the franchise forward.

The long-running Tales franchise has received the upgrade it has deserved. Granted, we only got to experience a small portion of this grand experience, but what we got has us hopeful of the final product. The combat has been improved greatly, having far more to do and see, while the openness of the beautifully-crafted world and its design will drive the attention the series merits. We unfortunately weren’t able to get a grasp any of the story as the build excludes most of it, starting outside of what looks like a cavern and we we’re simply tasked with taking down a powerful monster to gain access to a city. Regardless, the cast of characters are uniquely designed both in terms of personality and combat, adding a strong level of variety.

Tales of Arise will shake up the JRPG genre when it launches on September 10 for PlayStation 4, PlayStation 5, Xbox One, Xbox Series X|S and PC.