Twin-stick shooters aren’t in short supply, and with games like BroForce gaining popularity, we’re seeing more titles go for an ’80s action movie vibe with  recognizable, but legally-distinct character designs. Tango Fiesta combines those two trends with procedural generated levels to bring players a reasonably enjoyable experience that is lean on depth in this early stage, but provides fast-paced shooting action in short bursts. As one of four action-movie expies, including BIONIC COP, you’ll go through levels defeating waves of enemies and — most importantly — blowing up bases. Blowing up three bases and X amount of enemies moves you to the next stage, and toppling three levels leads to a boss battle – you’ve got two sets like this in the early access version.

Procedural level generation is something I’ve yet to experience in a twin-stick shooter, but it works fairly well even in this early build. The levels wind up being varied enough to give the game a slightly different feel each time you play, but more objects in the surroundings would help a lot. As it is, you’ve just got an assortment of either sand or grass depending on the set of levels you’re in and a smattering of trees and buildings. While the actual layouts are different, stages still feel samey. Luckily, since this is a beta build, there’s room for improvement down the line, and the developers are actively seeking advice from players on what aspects need to be refined. The controls are already rock-solid, with responsive movement and aiming and a logical trigger/bumper setup for shooting, melee, and grenade attacks. You don’t auto-fire with the right stick, and that’s a good thing as ammo supplies are limited. If you go in firing randomly you’ll come out with a low score and a lot of bullet holes. 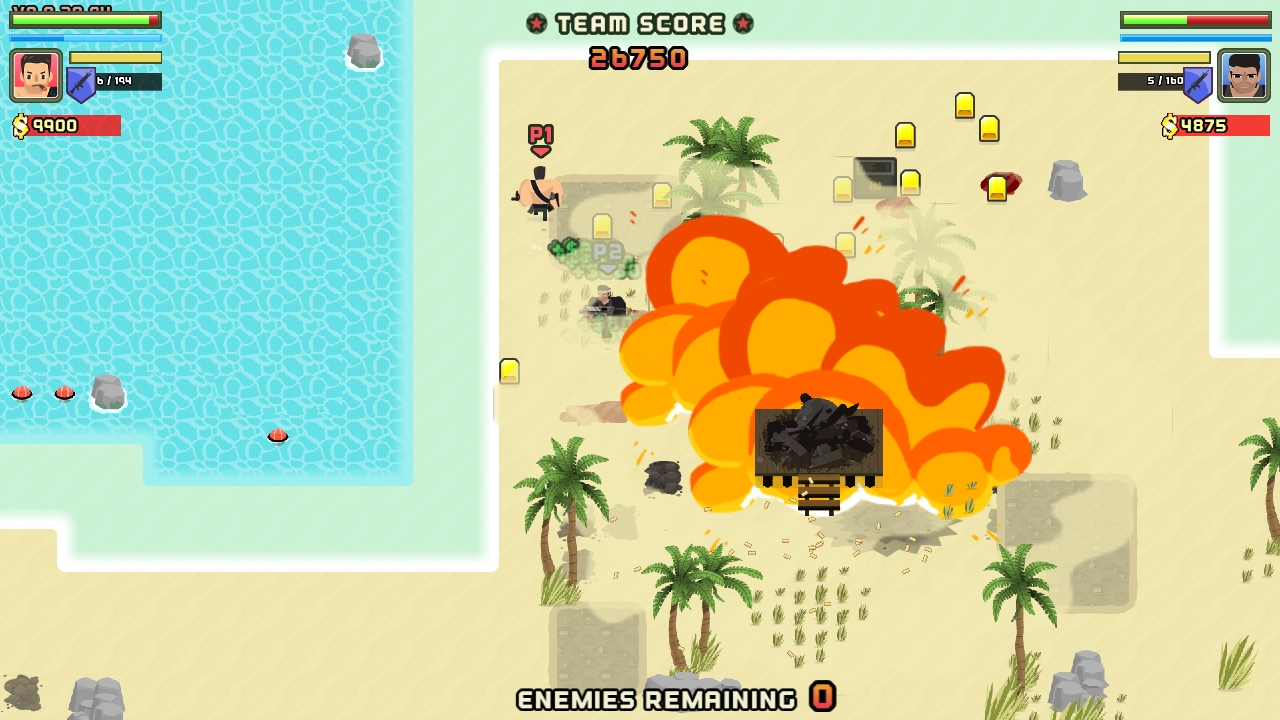 Tango Fiesta was clearly designed with co-op play in mind. While it may seem optional in theory, the game throws so much at you that solo play is nearly impossible. You’ll definitely get overwhelmed quickly by the swarms of enemies. However, the procedural level design means that sometimes doesn’t happen — so you could wind up with a stage with almost no enemies. It’s a rarity, but a welcome change of pace when it happens since you can conserve your health. Co-op play allows someone to act as a sponge if need be, mitigates the risk of getting trapped in a corner by a gaggle of enemies, and gives you another angle on the challenging bosses. Local co-op was a breeze to set up, although we had no luck getting online sessions going — there’s a leaderboard for the game, but aren’t all that many playing.

The game goes for a cartoony look, just without the black outlines you might expect. While this kind of bold design can look impressive in the right hands, it looks a bit bland here. Visual issues such as clipping through parts of the world or getting stuck in it are easy to write off as early access problems, but they’re still distracting. There isn’t much to look at in the game either, as there are only a few environmental assets and they’re just copied and pasted randomly throughout the world. The music is repetitive, but I liked the gun-related sound effects. The faux-Ahnuld narrator works during gameplay when you pick up a weapon and hear him yell out “MAC AND CHEESE-UH!”, but it’s annoying in the gun shop. 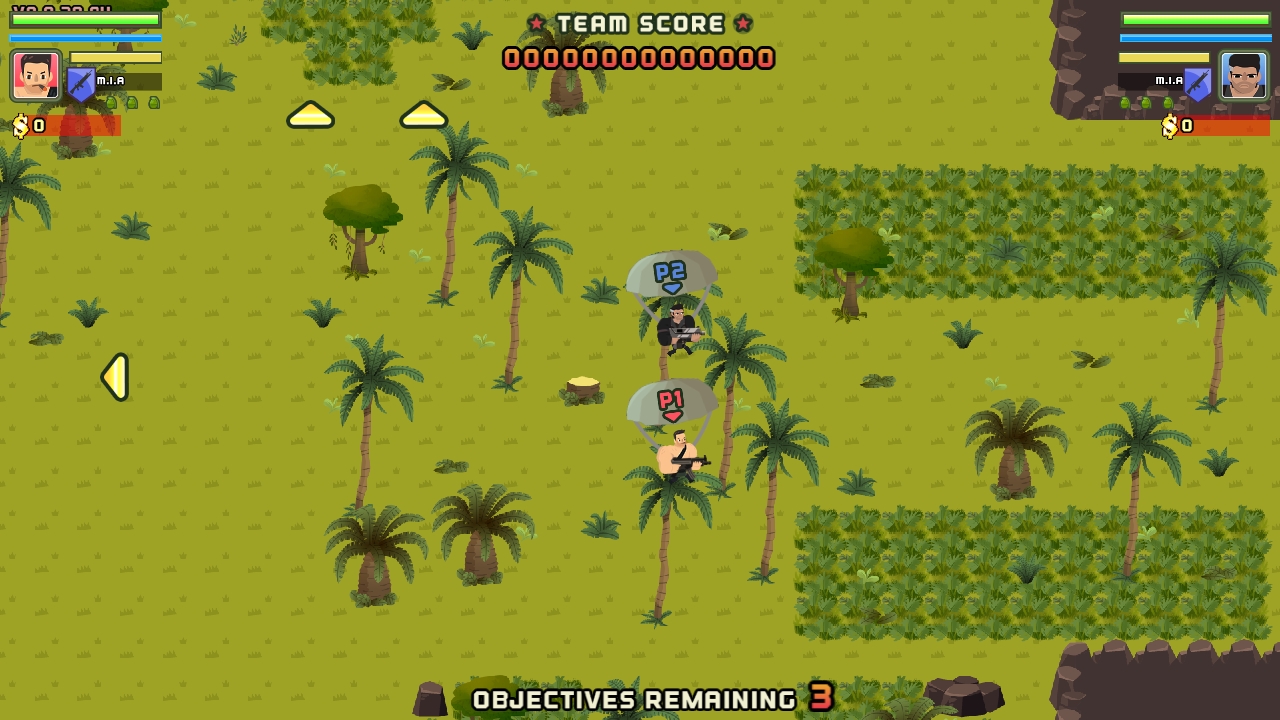 Presently at $13, I can’t recommend an early access purchase of Tango Fiesta. What’s on tap so far is too limited to justify that cost when you can spend that money on far richer experiences. Of course, that has the ability to change in the future once the game inches closer to a full release. Despite being in early access and in desperate need of content, it is remarkably stable, so at least you needn’t worry about crash bugs or the like removing what value it does have.