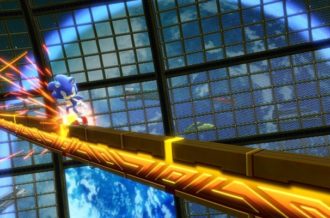 The rise of Wholesome Games and their “Direct” showcases have caused many to celebrate a recent approach towards non-violent video games. Although given that non-violent games have been around for…well, decades, I suppose it might be more accurate to say that what we’re celebrating is the current amount of variety offered by them. Take Terra Nil, the latest game from Devolver Digital and developer Free Lives, for example. It’s a game about ecology and how you can slowly fix a damaged world with the right tools, but with a rather clever twist that could easily put it head and shoulders above any other environmental games.

The basic premise behind Terra Nil is that to travel to barren wastelands (each one procedurally generated) and terraform them so that they have a healthy, beautiful environment once again. It starts out simple, with you traveling to your first wasteland and placing windmills on rocks in order to power toxin scrubbers that can purify soil, then placing irrigators that water the soil to create standard greenery. Once you reach certain stages of terraforming, though, things start to become more advanced. You have to find ways to get riverbeds running with water again, use calcifiers to crystallize plants to create rocks that allow for more windmills, and then eventually get to work on creating different ecosystems. It’s fascinating to see all of the various ways Free Lives has used in order to show how these types of environments can be built. 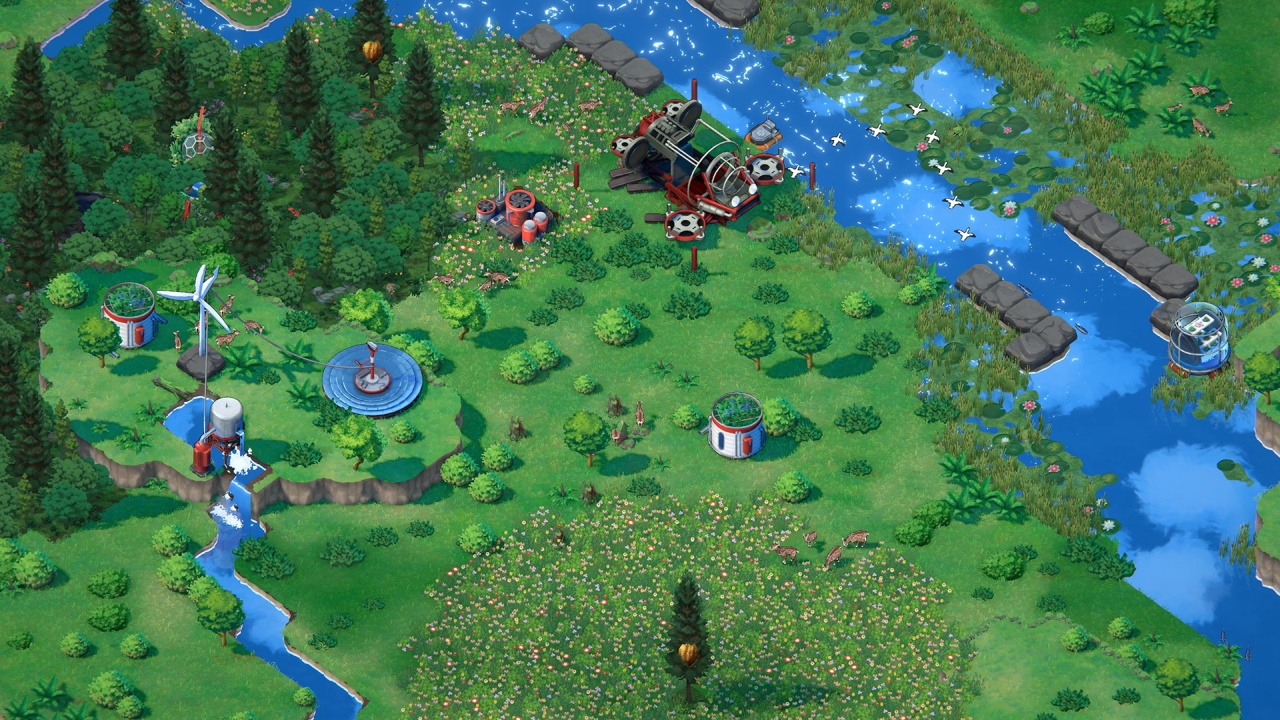 How are you paying for this, you may ask? Well, uniquely, Terra Nil uses what seems like a carbon footprint as a form of currency, in a clever implementation of its themes. The more you build various machines that benefit the environment, the more points you gain in order to spend. Add any that don’t/barely add anything, and it takes away. And you will have to take away at times, like using excavators in order to create more riverbeds in order to get water you may need to a certain area, at the cost of polluting the land around it. Or you might have to create a controlled fire that destroys buildings and everything around it, but that allows you to create forests via arboretums built on the ash. So some decisions you make might seem counter-intuitive at times, but it’s all about striking a perfect balance in the end.

But once you’ve created a verdant landscape once again and fulfilled all of the requirements given, it’s time to leave…and this is where things get even more interesting. Terra Nil bills itself as sort of a “reverse city-builder,” and while you may have been playing a simulation game as you build everything up, even properly adding humidity and temperature pylons to allow for weather such as rain again, now it turns into a puzzle game of sorts as you figure out how to properly tear all of your machinery down and recycle it. After all, you can’t create an environmental paradise and then just leave a bunch of man-made structures lying around, right? So once you have enough space for an airship to eventually leave it, you have to send out a recycling drone in order to pick up materials gathered with the assistance of loading docks and silos. It’s a particularly fun challenge, especially as you try to craft proper routes for your little drone to take. 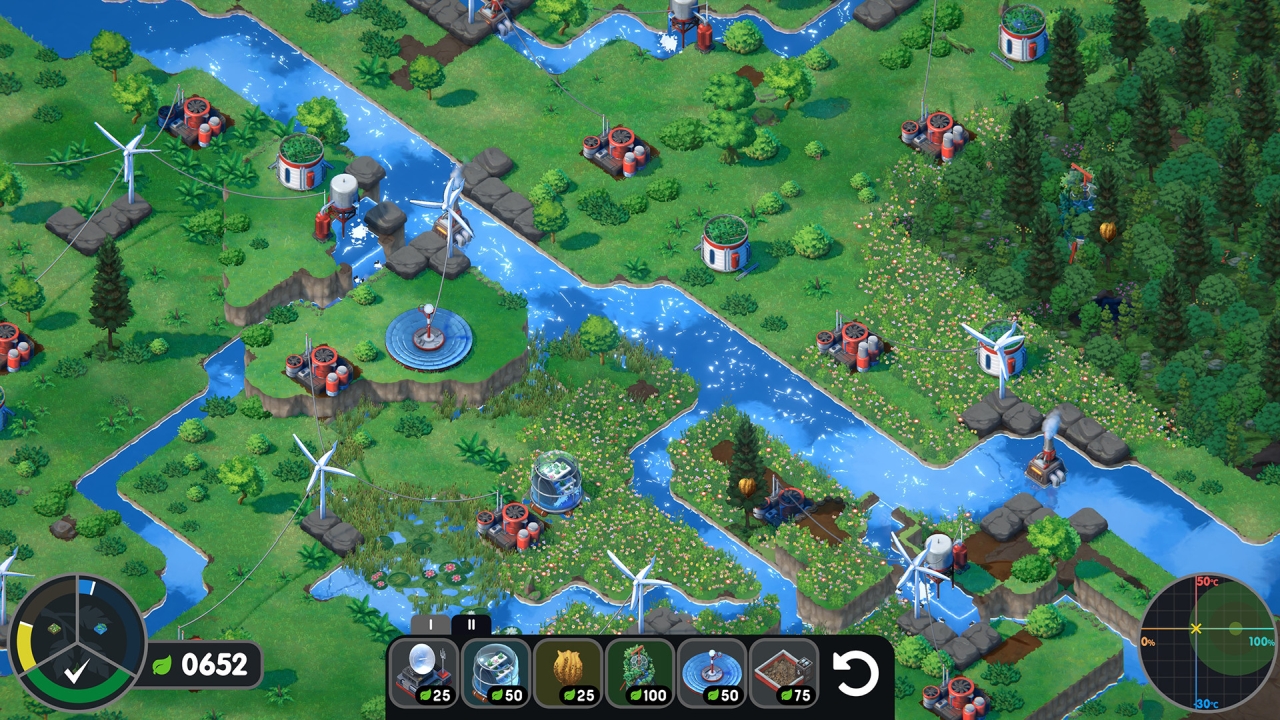 Of course, the real joy is in watching the land come to life again. The visuals aren’t anything eye-popping on a technical level, but you have to appreciate the way flowers suddenly spring out when you successfully place a beehive, the sight of the occasional deer that’s finally returned to the wilderness, or how there’s this sense of majesty upon seeing rain finally come to the land for the first time. The chill, ambient soundtrack is the cherry on top, adding to the beautiful and tranquil feel of everything. It really is just one of those superbly calming, feel-good games that lets you be an ecological hero, and one that’s simple to learn but still ends up being nice and deep as well. But don’t take my word for it, as the demo for Terra Nil is available now as part of Steam Next Fest, so give it a whirl and see if you can create an ecological paradise as well.