With so many modern games offering complex and even emotionally-powerful experiences these days, it can be tempting completely write-off genres like the bullet hell shooter. It’s been around since the golden age of arcades, and its core gameplay hasn’t seemingly changed all that much since then. No matter the series, most of the games appear to consist only of scrolling screens filled with projectiles and a player desperately trying to wade through it all. While this is true of many bullet hell shooting games, it turns out that there are those which offer something more. Yurukill: The Calumniation Games is one of these.

There is an interesting mash-up of genres contained in Yurukill: The Calumniation Games. One side of it is the fast, screen-filling combat one would expect of a bullet hell shooting game. The other side though is a psychological crime thriller that immediately brings the likes of Danganronpa to mind. Players step into the sorry situation of Sengoku Shunju, a young man who’s been imprisoned for a horrible crime and is on track to spend the rest of his life locked up. The thing is though: he’s innocent. He just doesn’t have any way to prove it. This is when a mysterious girl in a fox mask shows up and offers him the chance to have his crimes pardoned (or his innocence proven); all he has to do is participate in a certain game. Naturally, taking part means risking his life, but one can’t be too picky when they’re facing a life sentence. 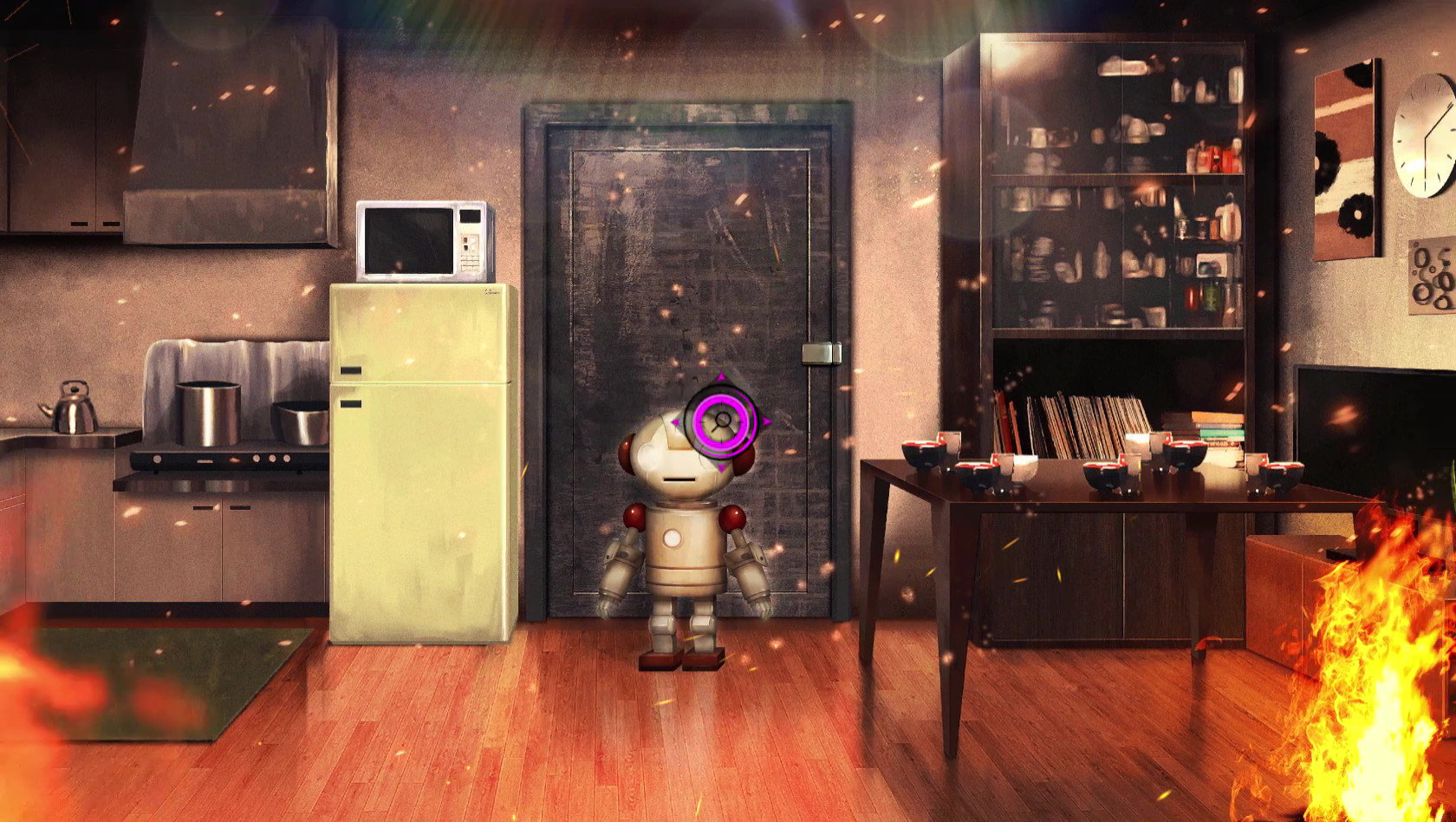 This end of the game sees Sengoku talking with other characters and learning more about them as well as the circumstances surrounding his alleged crime. These characters include prisoners like himself, members of the Yurukill Land staff like the fox-masked girl and even the victims (aka “Executioners”) of the crimes. The more he learns the more he’ll be to survive deadly interviews from his Executioner, and the more chances he’ll have to eventually change their minds during the quiz and shooting sections of the game. Clearing quizzes means more chances in the shooting portion, which takes place in a virtual representation of the different Executioners’ minds. Further, success there means possibly winning an ally in the real world.

As for the shooting portion, this for the most part was what was on display at TGS 2021. The demo offered a choice of four prisoners/pilots, each of which possessing different amounts of health and different firing patterns. Once a pilot was selected, it was off to the virtual landscape to blow up enemies and fight to the center of the Executioner’s mind. The goal wasn’t exactly to hurt them, but rather to get deep enough to attack their misconceptions directly. Doing this isn’t easy though as there are plenty of enemies (and bullets) on the screen most of the time to keep one busy. 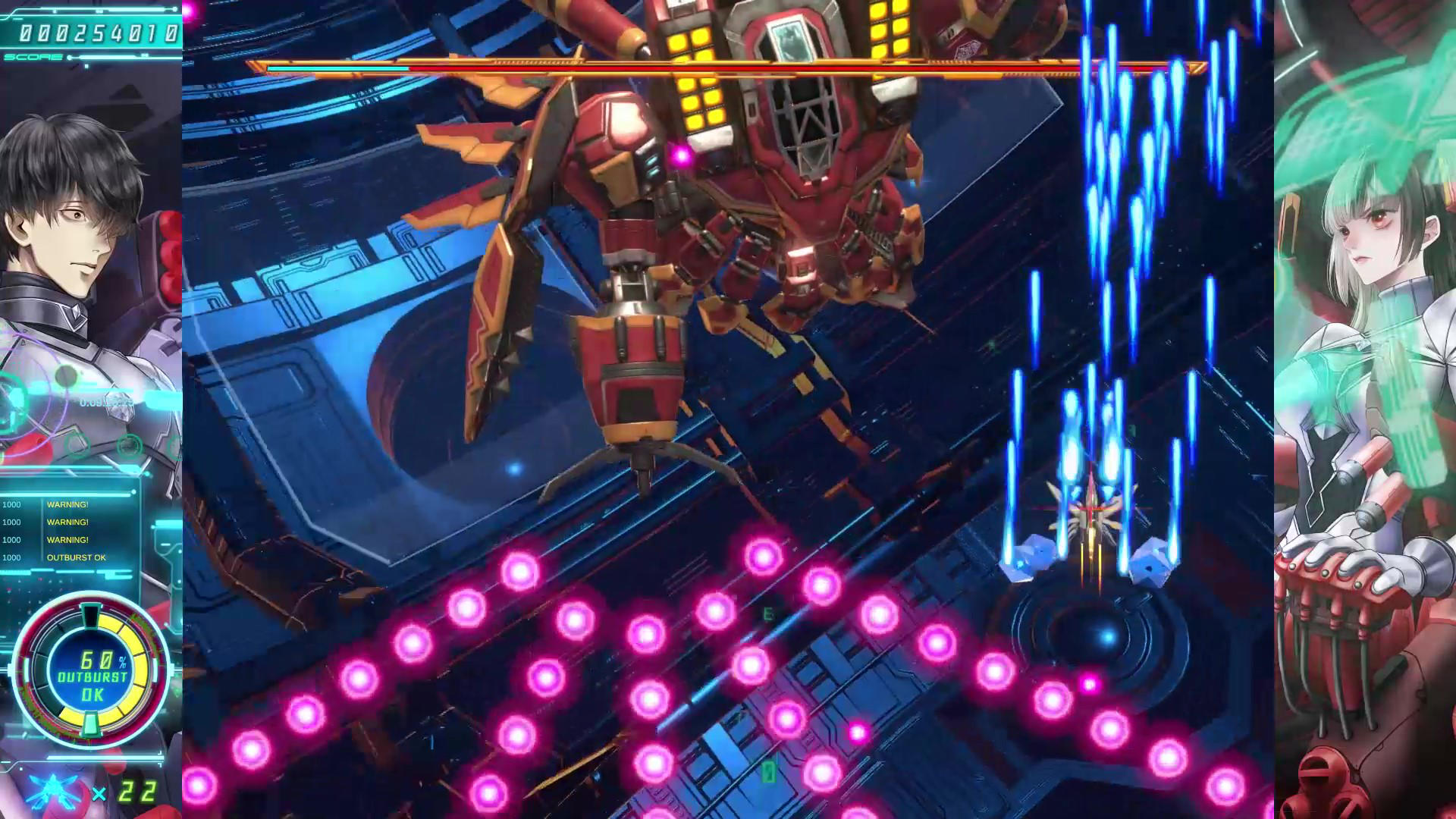 Fortunately, there are a few options available to the player besides just shooting straight ahead. Some pilots can do things like fire in a near 180 degree arc or concentrate more powerful fire up front. All pilots have a special meter which grants access to area attacks, powerful ultimate attacks or even temporary invulnerability upon being hit. None of these abilities are accessible until that meter hits at least twenty percent, and the only way to fill it is to destroy enemies. The game was set to low difficulty, so it wasn’t exactly difficult to get to the large, screen-filling Executioner boss at the end, but thankfully the boss still offered some challenge despite the difficulty. Overall, Yurukill’s shooting felt fast and even technical at times, and it was all wrapped up in competent visuals and catchy music. Even if this was all there was too it, the game would still probably be decent.

Yurukill: The Calumniation Games is proof that the bullet hell genre is not only still capable of growing as a genre, but also that that growth has never really stopped. Around the solid bullet hell core shown at Tokyo Game Show 2021 are layers of additional game and story. One has to successfully navigate the story if they want to get at the shooting segments, and those segments can be heavily influenced by how well the player can piece together the mystery of Sengoku’s predicament. It’s a strange experience to have to pay attention to something than the onslaught of projectiles in this sort of game, but a welcome one nonetheless.

Yurukill: The Calumniation Games is currently set to release in early 2022 for PC, PlayStation 4, PS5 and Switch.