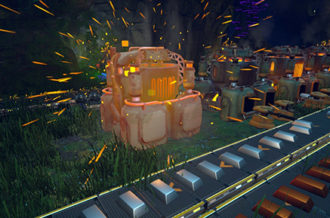 Until recently, it’s been difficult to form an opinion on Square Enix’s upcoming open-world adventure RPG, Forspoken. One the one hand, the tech powering the game has looked impressive. On the other hand, the publisher saw fit to release ads like this. So is it good or not? Well, after getting some hands-on time with Forspoken at Tokyo Game Show 2022, we might just have an answer.

As prospective fans might expect from the trailers, Forspoken is technically solid game. The demo being shown at TGS 2022 is based on a recent build shipped just this month, and it’s already looking pretty good on the PS5. There’s no doubt that it’ll look even cleaner for its January launch. It’s clear that a lot of care and attention is being put into bringing out every detail in both the both the world and the enemies that inhabit it. The particle effects work well too, adding enough “oomph” to attacks to make them feel just that much more impactful.

Unfortunately, this is all undercut somewhat by bland world and enemy design. This might only apply to the area covered by the demo, but still the version of Athia shown here is a big, bland and empty place. It’s beautifully rendered, but there’s nothing about the visual design that makes it stand out from the hundreds of other fantasy worlds gamers have visited over the years. 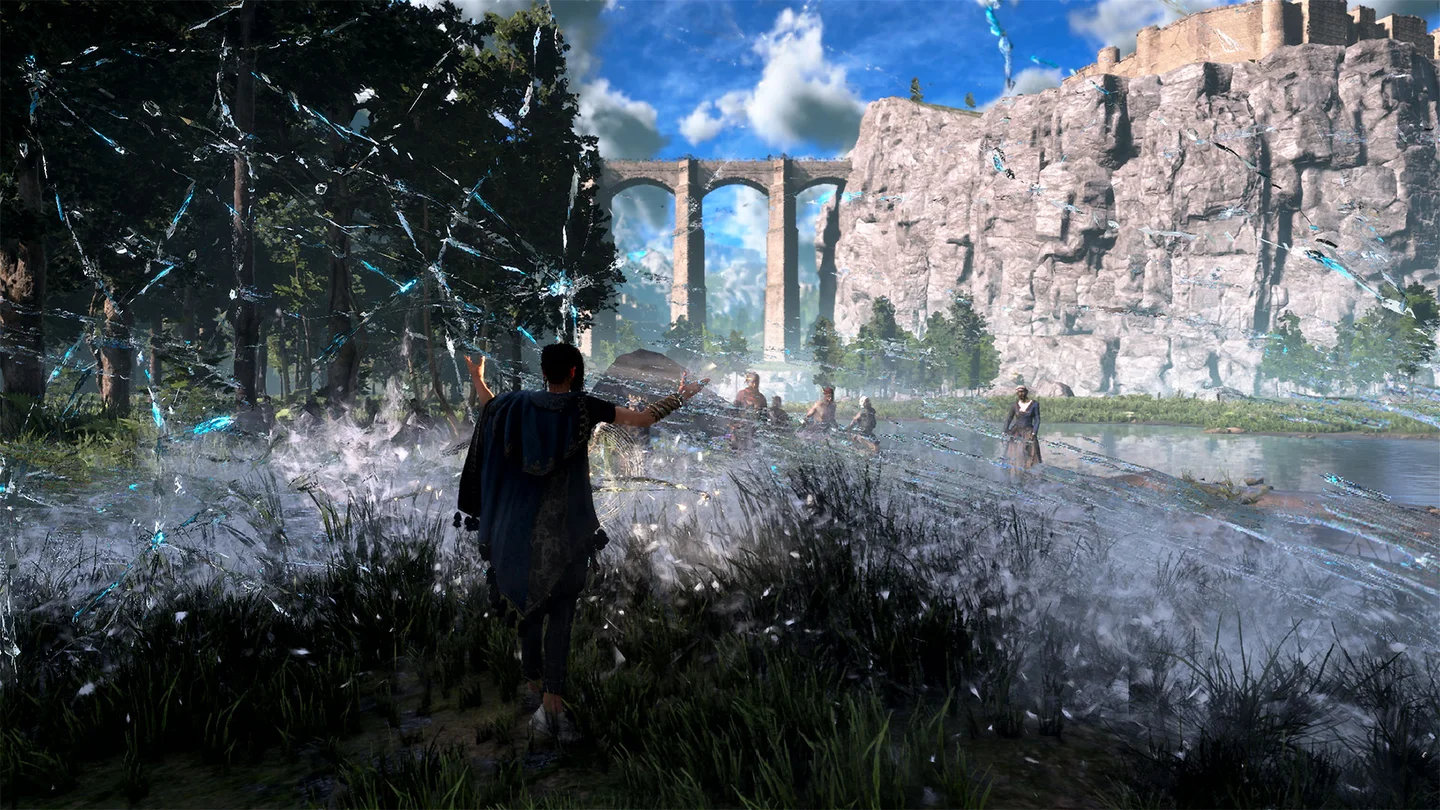 The enemies are things like evil birds with extra stuff on them, magical zombies, suits of armor or alligators with little metal lightning bolts sticking out around their necks like a slap-dash frill. It’s a far cry from the designs seen in something like Wo Long: Fallen Dynasty, though maybe that stuff comes later. There’s also nothing that screams “this is Athia!” about any of the structures. The camps, houses and abandoned forts are more or less the same generic filler structures seen in every game like this and that’s too bad since getting to them feels good.

Truly, traversal in Forspoken is actually well done. Thanks to the magical powers granted to her by her talking cuff, Frey can quickly tear across vast open spaces and effortlessly clamber up steep rock faces. She can even survive leaps from sickeningly high heights thanks to some sort of landing magic.

All of this speed and acrobatic ability is just a single button-press away and feels wonderfully natural. It’s just that right now it feels like she doesn’t have anywhere interesting to go aside from a handful of visually-distinct landmarks. It’s all far apart too, so far that even the real speed of Frey’s magical running feels slow in the grand scheme. Here’s hoping there are some faster options in the main game. 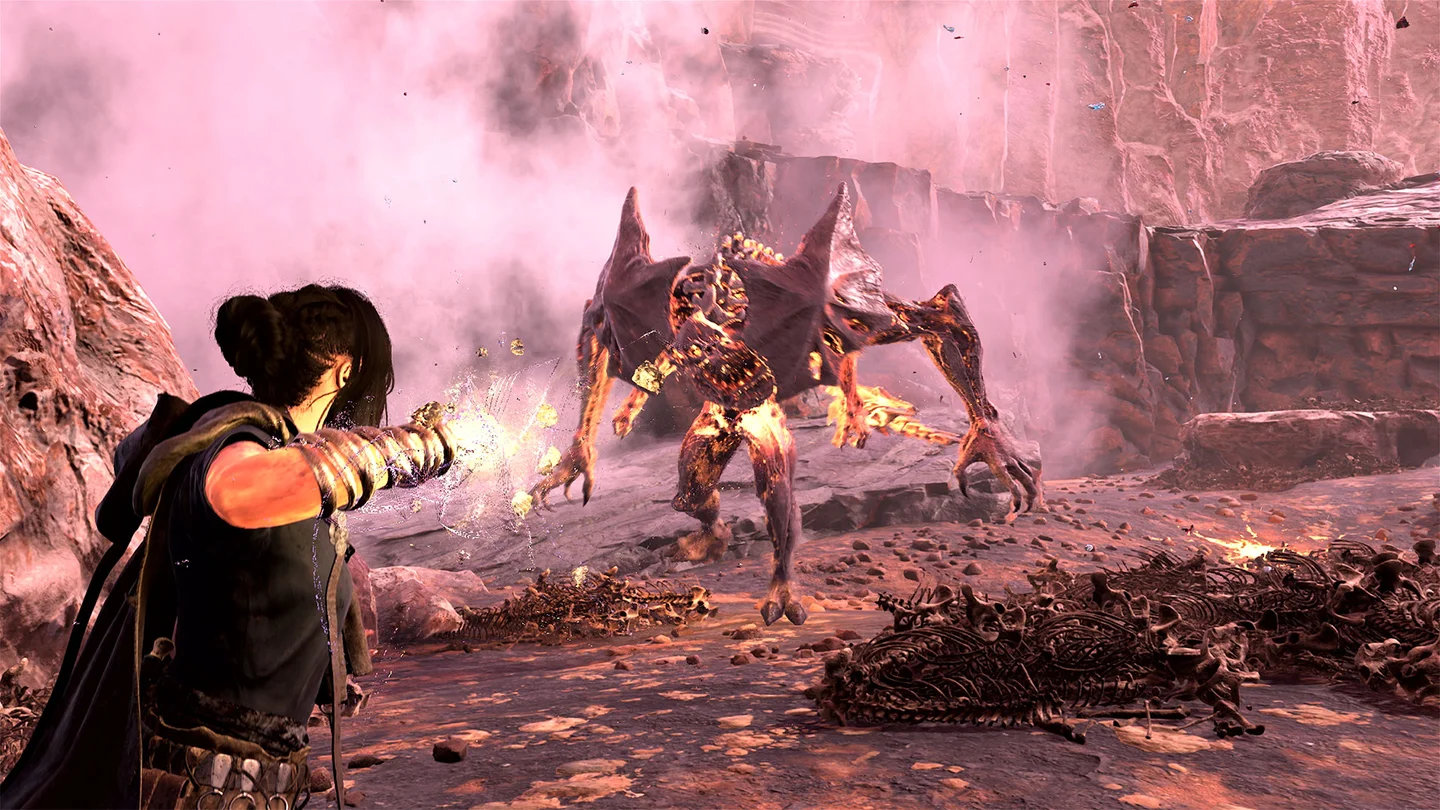 As far apart as they are, though, those landmarks are at least worth visiting since they offer things like stat upgrades, fast-travel points and even timed challenge. The demo only featured one such challenge, with the task being to defeat a certain boss within ten minutes. The fight itself wasn’t so bad and was actually kind of interesting since there was a slight puzzle element to it.

See, this boss would continuously summon minions to help it fight. They can be ignored, but their numbers quickly increase if left alone. At the same time, the boss can’t be left alone for too long either since it’ll heal itself and charge up more powerful attacks. The fight was a basically balancing act and was very fun to work through.

On that note, combat feels fairly decent too. It’s very easy to quickly switch between weapons and spells, and Forspoken’s systems of scoring and enemy resistances encourage frequent changes. All of Frey’s attacks are satisfyingly flashy as well. There is one issue hampering the combat though, and that’s the fact that spamming the basic attack is still very effective against most enemies. This means that one has to go a bit out of their way to engage with the rest of the system and leaves it feeling kind of bland overall. It’s definitely not bad, but it doesn’t leave all that strong of an impact either. 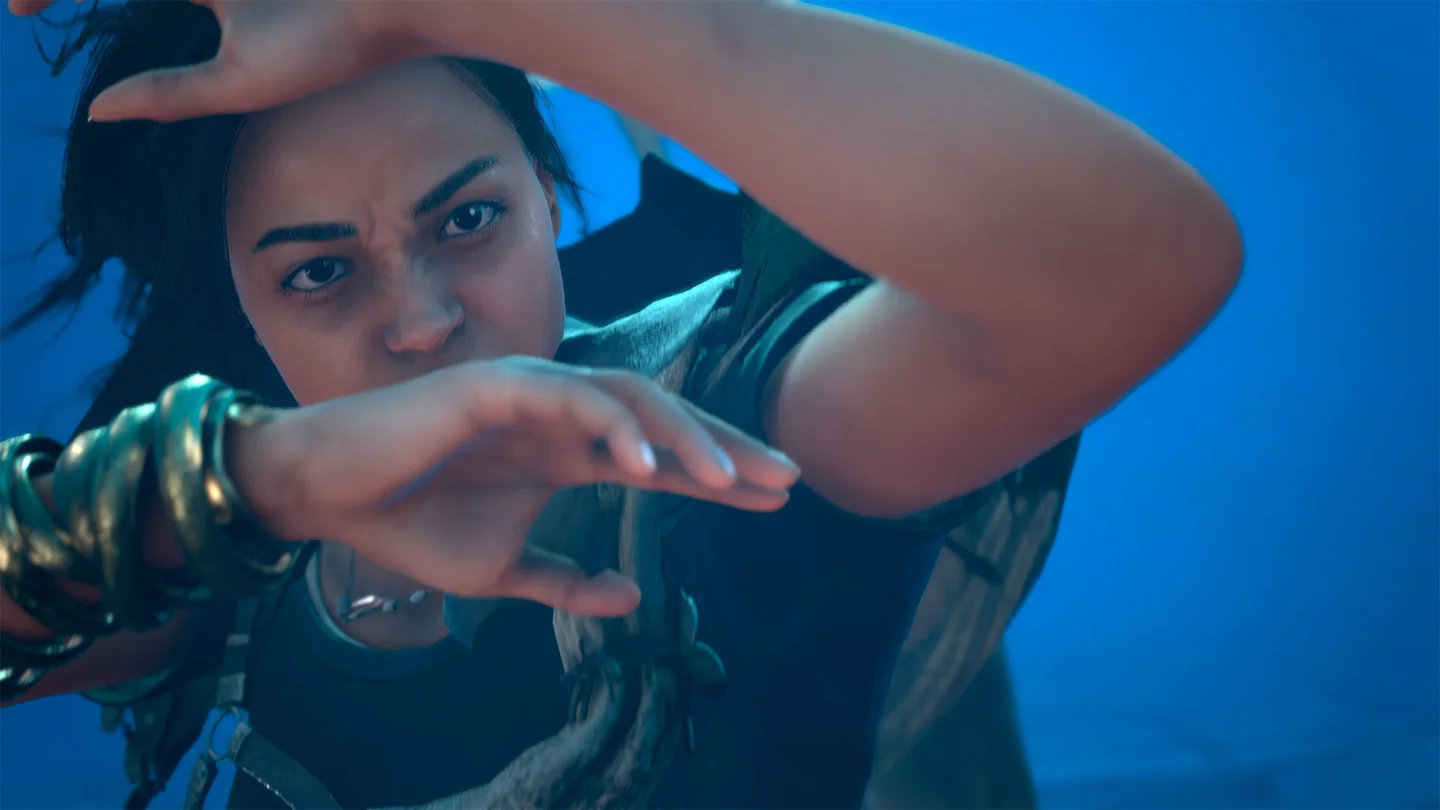 As for Frey and the cuff themselves, they’re mostly fine. Frey is designed well, genuinely sounds and acts like a young person who’s excited to be on an adventure, is well-animated and has a distinct design about her. She’ll no doubt be fun to watch as the story progresses. The only real hang-up at the moment is her constant banter with the cuff. Many lines and reactions are frequently repeated, with many of those being dull clichés such as: “put that in your pipe and smoke it!” Yeah, the quips could be turned down a bit.

Overall, Forspoken is looking like it’ll be a competent open-world adventure game. Those who enjoy such will likely enjoy it a lot, but as things stand it’s doubtful that the game will leave a lasting impression on anyone who plays it. As for those who don’t typically like open-world adventure games, there’s nothing here to change one’s mind. Maybe the situation will change by January, but, right now, Forspoken is just “fine” and that’s all it is.