Back in late 2014, the team at Ivory Tower with assistance from Ubisoft released their debut title, an open-world American racing title called The Crew, with a gritty, dark story that drove the player’s cross-country trek as they participated in illegal street races alone or with friends. At launch, the game was has a mixed reception thanks to the requirement of an always-online connection and a partially-realized version of America that prevented the races from feeling too unique from one another. After launch, however, two creative expansion packs helped ensure a cult following for the original title, and after Ubisoft acquired Ivory Tower in 2015, the team began working on a follow-up that attempts to capitalize on the nuggets of potential that were buried within the predecessor.

To prepare for this new endeavor, the developers themselves took a tour across America and met with a variety of key figureheads in the motorsports community, examining what inspires them to spend so much time and money on their high-octane passion. This trip inspired two key elements of The Crew 2: spread throughout the virtual America are four racing families, each with their own style of racing that sets the mood for that team’s events, from the more standard street and pro racing, to the chaotic races of off-road and freestyle. With each faction offering dozens of events and skill challenges, players can solely focus on whichever playstyle appeals to them most or mix and match to add some much-needed variety to the world of The Crew 2. These crews also each feature their own leader, who make occasional appearances in various events, eventually leading to a grand showdown with a chance to win a one-of-a-kind vehicle. 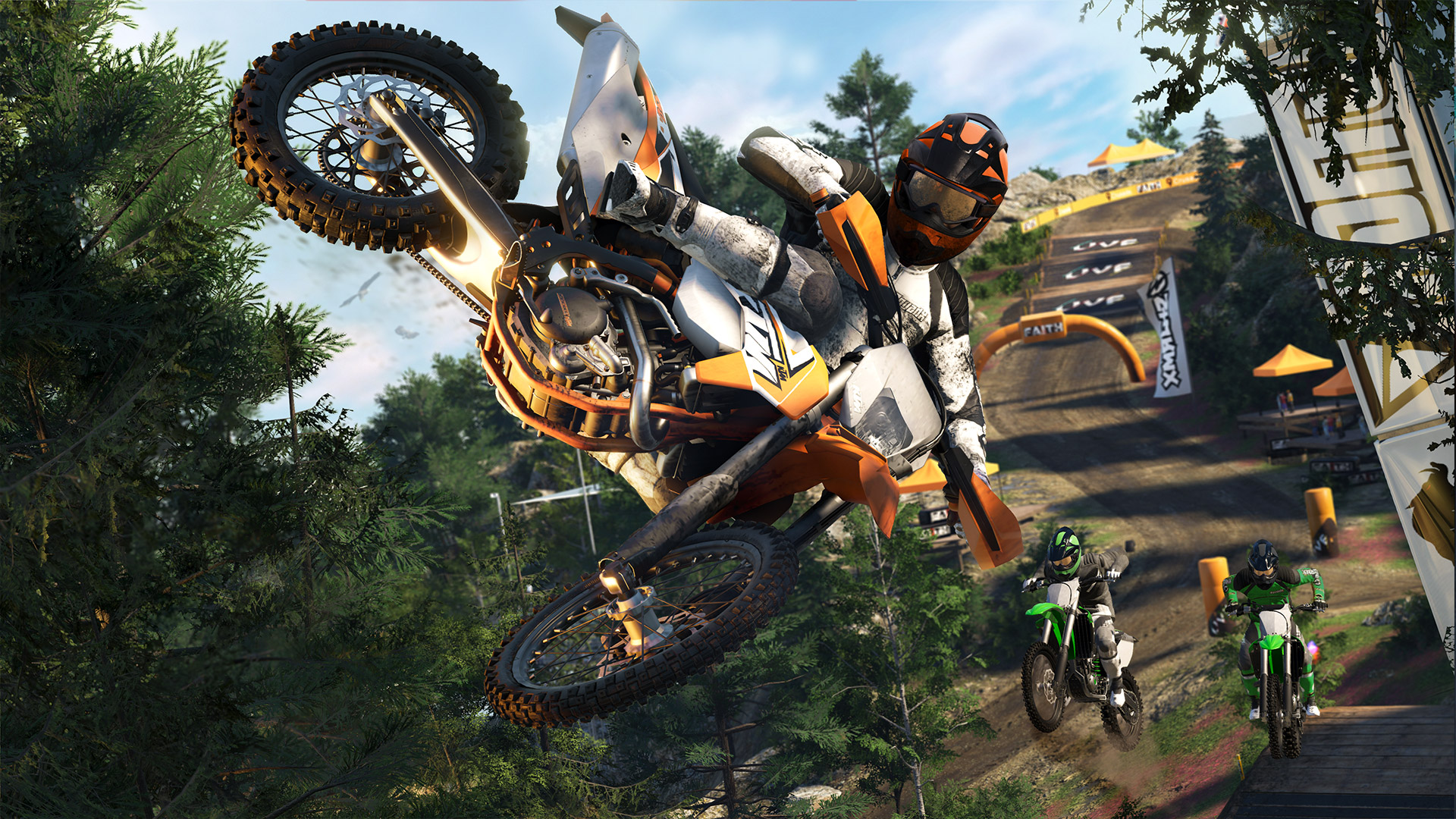 Additionally, the real-life cross-country journey opened the team’s eyes to what the embodiment of motorsports truly includes, and as a result, led to the sequel’s most ambitious addition to the franchise: the inclusion of air and sea vehicles. In addition to the plethora of refinements that make each of the land vehicles feel more grounded and realistic, particularly when heading off-road, both of the new classes of vehicles feel well-executed, as motorboats fight against waves of all sizes to seize the best time and a variety of on-the-fly challenges encourage players to do more than just fly from point A to point B, from the low-stakes barrel rolls to weaving in between tall trees and buildings. The lack of head-to-head plane races in the opening hours is disappointing, with the events instead more focused on tricks and stunts to reach the high score, but the sense of speed and altitude manages to keep things tense and entertaining when in the air.

The on-the-ground racing still remains the primary attraction, particularly thanks to a greater sense of creativity that permeates the level design. In addition to the greater number of off-road races thanks to the positive response to the Wild Run DLC for the first game, the street racing faction offers some truly memorable moments as players leap off rooftops and plow through tight alleyways and crowded intersections in some of the more enjoyable races. This new sense of verticality is a welcome addition that was missing from the original title, and the tight controls go a long way towards keeping these races tense and energetic throughout, which can be credited in part to the bi-weekly playtests that Ivory Tower offered to some of the more dedicated members of The Crew community. 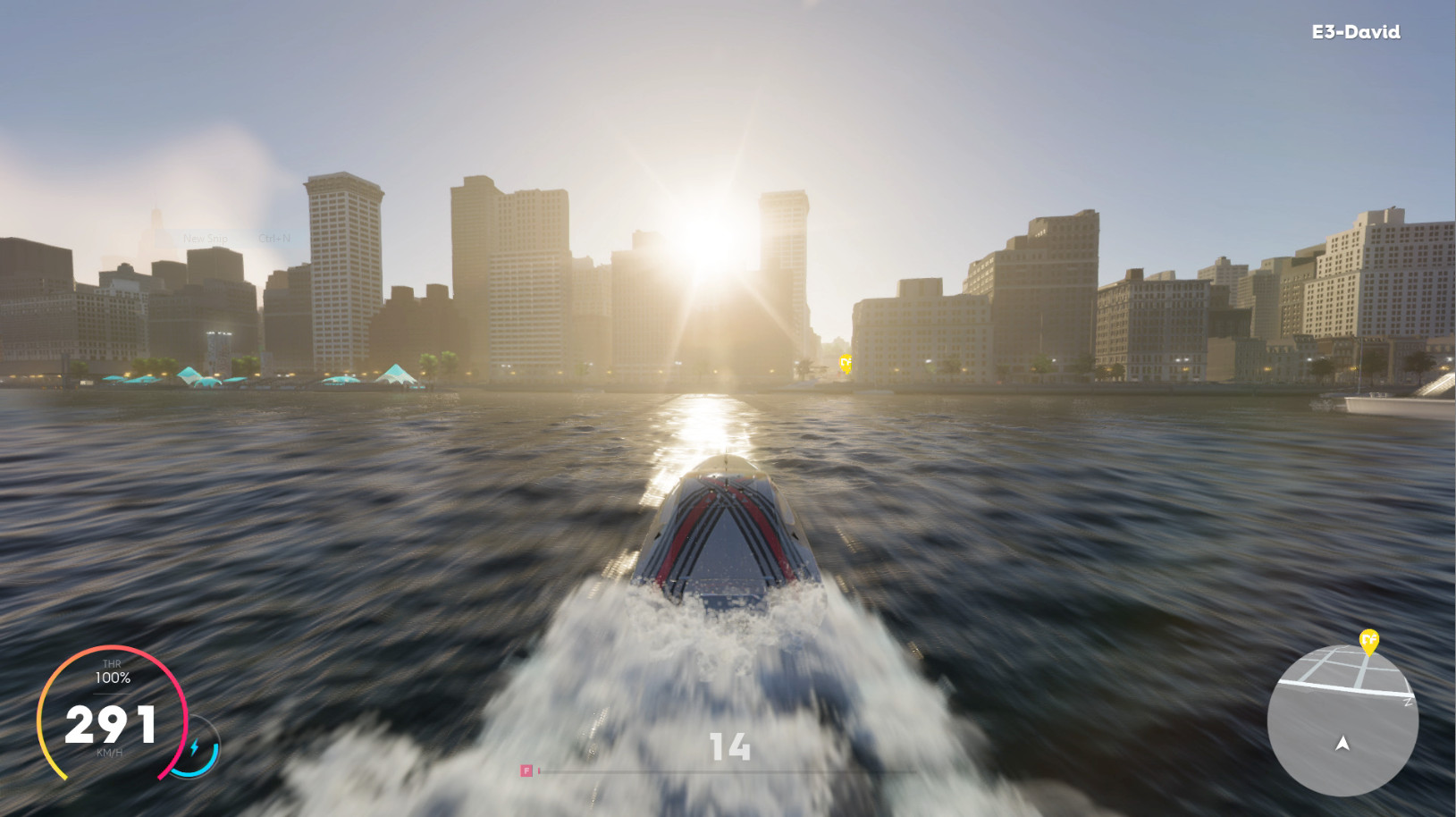 Arguably the most unexpectedly enjoyable mechanic that was on display during our time with the Crew 2 was the seamless transformation that players can employ between land, air and sea vehicles. In the open world, players can simply use the right stick to switch between their favorite vehicles in each category on the fly, allowing the user to keep the momentum they gained on the ocean by switching to an equally fast vehicle upon hitting the shoreline or drop a monster truck down onto a crowded city after switching from a mid-flight plane. It’s just as chaotic and mesmerizing as it sounds, and represented a surprising portion of our time with the racing title. There are also several Live Xtrem Series races that take advantage of this potential-filled idea mid-race, providing players a true sense of the grand scale that The Crew 2 has to offer both in terms of vehicle depth and playable areas. These events are dishearteningly few and far between, but they do the best job of highlighting what makes The Crew 2 so unique in just a handful of minutes.

Due to the in-development nature of The Crew 2, there were some expected but still concerning presentation issues. While the environments looked great from a distance or while zooming by at high speeds, the infrequent times that players spend at halted speeds presents some of the less visually solid moments, including lackluster textures. There’s still plenty of gorgeous views to be found in the game though, including the impressive attention to detail within the vehicles, both their interiors and exteriors. Even with the impressive scale of the map, which has expanded well beyond the six core cities of the first game, it still feels largely empty when outside of the major metropolitan areas, almost encouraging fast travel from one event to the next to avoid large stretches of mindless traversal. This will entice some players, and a variety of mini-games such as speed traps and collectibles do their best to keep players out of the loading screen, but their lack of depth does little to entice players not to jump from one event to the next as quickly as possible.

Fortunately, the entire open world and nearly every race can be played in multiplayer, offering a much more enjoyable means of traversing the world when one does it with a crew of friends. The seamless nature of the multiplayer is constantly impressive, as players are constantly alerted to new events, broken records and even the general whereabouts of their compatriots. These social incentives often provide the biggest draws to keep on retrying the same events, while also reinforcing the core message at the heart of The Crew 2: to be the best motorsport racer in the nation. Ivory Tower has shown how receptive they can be to feedback both from their fanbase and the real world motorsport community, and have done a solid job of integrating it into their upcoming sequel, with a greater focus on variety within the events and vehicle options, a more fully-realized open world to explore, responsive controls and a willingness to offer truly unique playstyles to suit most players’ desires. While solo players who don’t view the racing genre as their personal favorite may not find reasons to continue playing for an extended periods of time, diehard racing fans and those looking for a new multiplayer experience that can be as casual or competitive as they want it to have plenty to look forward to next month when The Crew 2 drops on June 29 for PS4, Xbox One and PC.