It’s clear from as early on as the first fifteen minutes that The Forgotten City‘s scale, much like its in-game setting, is secluded and condensed for a reason. That this isn’t just some restriction or unintended limitation with what the developer had hoped for or eyed during the creation process. There’s little attempt on top to feel like it has to bolster itself; afraid that if the game doesn’t have combat, RPG levelling-up systems or simply some extra, exerted flair, players will grow bored with both the aesthetic and the premise the game is painting. Perhaps it helps that developer Modern Storyteller’s pitch here is, technically, not entirely new or in fact unknown to certain crowds. A project that originally started as a mod for Skyrim — and which quickly gained hefty traction to the point it surpassed three million downloads since its release — does lend itself to the idea of familiarity.

Or at the very least, for people like myself of whom have no past connection with the game’s former incarnation, the feeling that Modern Storyteller know what they’re doing here. That the team can make work in a confined video game space such as this, a vast number of AAA studios fail to capture across a vast, visually-impressive open-world. That’s not to say The Forgotten City isn’t impressive in parts. Its own miniaturised Obsidian-like drawing me into extended/expanded conversations with many of the city’s denizens. Delving a bit at a time into their own individual back-stories, their origins, their possible reasons for being here. And then some. But oh do the team make hard work of convincing you there’s a just pay-off to experience, at times. A pay-off that just about cancels out any and all references to internet memes (sorry Modern Storyteller, I groaned at that admission) in the worst case scenario. And for a vast majority of other embarrassing cases: voice-lines not being triggered, NPC walking animations looking a little odd and a questionably-placed “horror” segment, are but the more notable scuffs during the five hours spent thus far with the game. 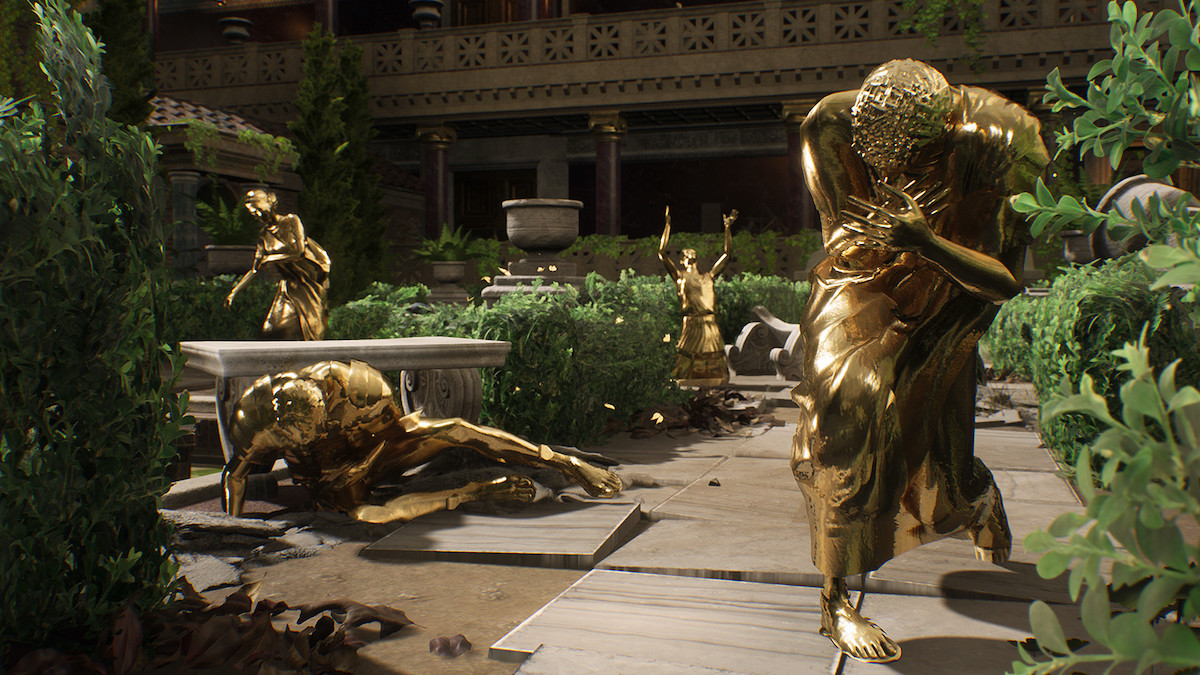 But there’s intrigue here and while that’s certainly a credit owed in large parts to the writing, it says something when a game that isn’t quite pulling off the technical and the mechanical without a hitch, can still draw you in. Not for the first time do I feel the need to reiterate my personal drive as of late, to continue exploring the so-called “AA” space. It’s so often in this field where appreciation for what works, feels more resonant. Not least because it stands so close to what doesn’t. That a game can still rise above its obvious misgivings. But it’s more to do with the game’s scale, if anything. Again, this enclosed, isolated setting of an ancient Roman settlement caught in a time-loop. Whereupon any act of sin committed by any one if its citizens, results in the entire city being punished. And this extends not just to yourself in a thematic sense, but a gameplay one too. Do so much as steal a single coin and you’re forced to restart the cycle all over again. Making sure to survive long enough to even escape — gold statues scattered across the city immediately coming to life during this phase. Targeting you for death, pursuing you until you travel through the portal back to the past. As a result, that crucial choice on having to restart, be it willingly or not, is as much a case of where specifically you commit such an act, as it is when.

The natural take-away from this design choice, is to believe this is a somewhat-insidious attempt by the developers to extend one’s time in the game. To restart is to essentially start from scratch, albeit with new information. The memories of all those NPC’s wiped, to treat you as a complete stranger just as they have in all previous cycles. It’s comforting then that The Forgotten City is all too aware, if not of the perception, than of players understandably not wanting to waste time getting back to where their progress was abruptly halted. Time is precious after all and fortunately the game does introduce some, for lack of a better term, “short-cuts” in amongst one’s progression, so that the never-ending cycle feels just that bit less laborious. Obviously this is a matter of trial-and-error and there’s no getting away from how brute-force certain conversations can end up becoming. On the opposite end, it can be a touch underwhelming to find that alternate or otherwise more/less blunt approach, resulting in the exact same outcome. The same response for two very different dialog options. Curious as some of the game’s characters are, their flexibility with one’s approach isn’t always as varied as it should be. 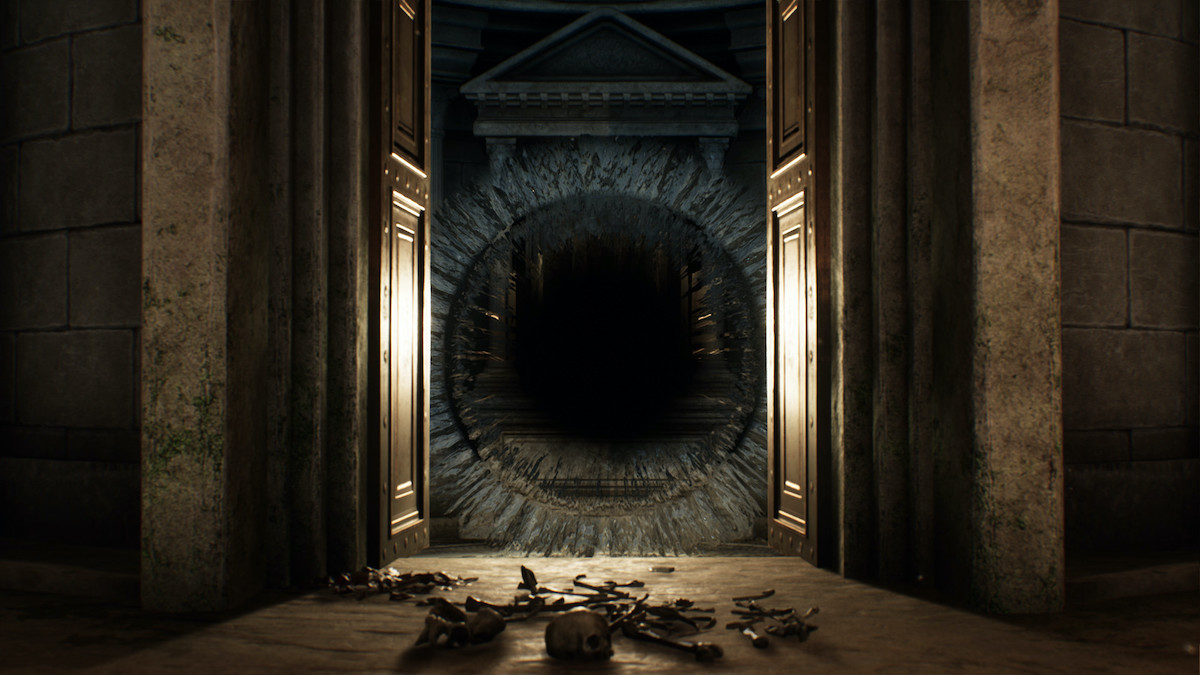 But this is a time-loop mystery by which you’re eventually less bothered by the repetitiveness of its core structure. Even if that frustration is simply passed onto other areas pertaining to the technical and occasional spots of added, figurative fluff the game could have so easily done without. Yet for all its blemishes (its wink-wink-nudge-nudge attempt to be accepted, unnecessarily) the story — more so the truth behind this supposedly ancient Roman settlement — has me curious. The characters’ backgrounds and motives are interlinked — as are the methods with which quests are solved and expanded upon — and that kind of added-investment, the need to really consider one’s choices, is always appreciated. But it’s the way the premise of a time loop has been embedded into The Forgotten City that makes uncovering the truth both intriguing and perilous in much the same breath. At the point where I’m clearly beginning to see the multiple endings starting to branch out from one another, this is a game so evidently heavy with conversation and dense exposition. But The Forgotten City surprisingly makes good use of such a hefty focus on dialogue and come the end just might be able to pull it off.