Hardcore Gamer recently had the opportunity to check out Golem, a fantasy adventure puzzle game from Toronto-based Longbow Games. Golem follows a young woman from a village that desperately needs clean water. Near her village is an old tower, beneath which is a complex series of ancient machines capable of purifying the local water supply water. She’s taken it upon herself to brave the dangers of this desolate place in order to restore its old mechanisms and save her village.

Upon reaching the tower, the young woman discovers a spherical device capable of opening doors and activating much of the machinery. Dubbed the Golem, this sphere must be rolled from place to place by the young woman at first, though upon reaching a certain point, the Golem will gain legs and can automatically follow the woman. 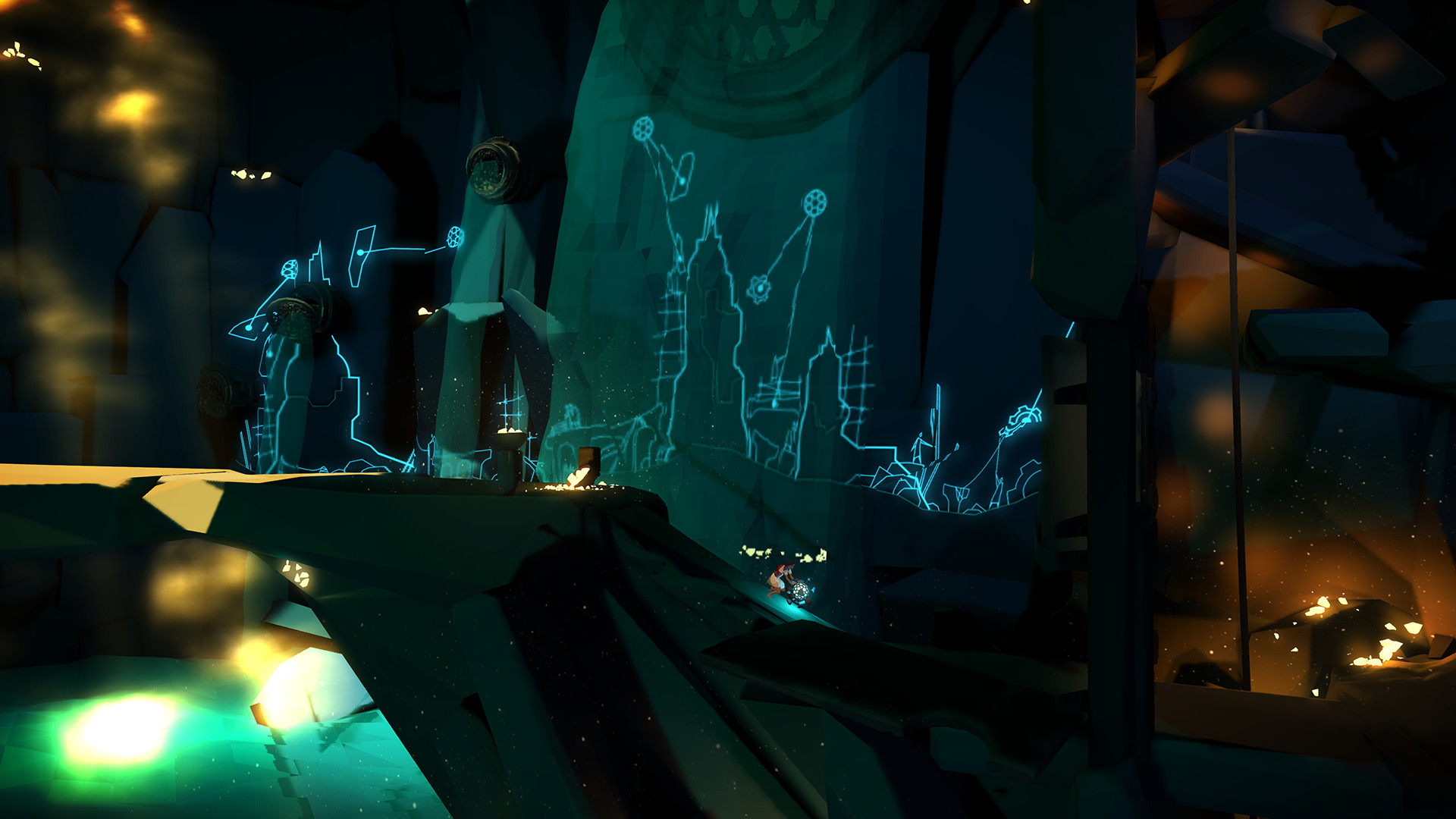 This evolution is just the first of many. As the player progresses through the game’s ten levels, it will gain another set of legs to transform into a dog, then a monkey and finally a human. The dog is nimbler than the two-legged form of the Golem while the monkey can climb surfaces and swing from monkey bar-like objects placed in the ceiling. The human has telekinetic powers and can lift heavy objects, including massive piles of rocks, out of the woman’s way to clear her a path.

These interactions with the Golem are key to the puzzles and progression. Its A.I. is fine-tuned to the situations in which the woman finds herself. For instance, if you manage to separate yourself from the Golem in its two-legged form, it will still attempt to follow you, so you can get it to follow a certain path as long as you move the woman in parallel. The monkey is capable of carrying the woman while it runs jumps and climbs, giving a great sense of mobility to the game. The human can finally be controlled directly, just as the woman can, making puzzles that much more involved.

The gameplay in question is implemented using point and click mechanics. Click a spot you want the woman to get to, and she’ll figure out her path there. Anytime there are compound paths, like walking up some stairs, then climbing a vine, then running across a bridge, you’ll have to input commands after each task is accomplished, making it so the game isn’t simply played for you. The animations are fluid and pleasing, though the game’s fast-forward function is much appreciated, as it makes long periods in which you’d simply wait for her to get from point A to point B much breezier. 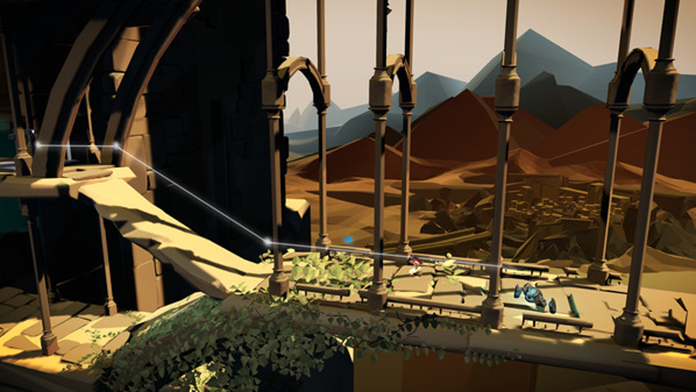 The central conceit of water purification is exemplified throughout the ten levels. Each one is named after a part of the purification process, like boiling, condensation, etc. You can see the machinery around you working to continue this process on a massive scale and it’s satisfying to slowly see the pieces come together as you fix the tower step by step. The visual indicators that you’re actually making progress in the overall process scratches an itch we didn’t know we had. In the background of the ancient tower are hieroglyphics that tell the history of this woman’s tribe and their relationship with the Golems. The story alludes to a once perfect harmony between the humans and Golems, though clearly something went wrong along the lines. This sort of low-key storytelling can be completely ignored by players if they so choose, but for gamers interested in the plot, it could very well be a rewarding, wordless story to keep them going until the end.

As of now, Golem is planned to be released for the PC on Steam, though we were told that the entire game was designed to be playable on a touchscreen, so a mobile release may not be far off. There’s no word of Mac or console ports, but if there are, expect them to come sometime after the initial PC release. For all things Golem, gaming and more, keep an eye on Hardcore Gamer.