One of the biggest cinematic surprises in recent years is that the new Planet of the Apes movies have actually been really good. After the classic series degraded into puerile silliness and Tim Burton stomped over the remains of the goodwill left for the franchise, a return to quality was both unexpected and welcome. The studio knows they have a good thing and have been wanting to branch into interactive entertainment. The result is the Hightail’s upcoming Planet of the Apes: Last Frontier.

Taking place between Dawn and War, Last Frontier acts as kind of a 2.5 entry in the overarching story. After the events of the second knocked what remained of a peaceful co-existence between the two species back on its heels, the population of the primates continued to expand, despite the rather strident culling it experienced. One tribe ventures northward into the mountains and plains, thinking that they’ll be less likely to encounter humans and keep themselves fed with little issue.  Lamentably, they are wrong on both counts, setting up a fresh drama between two species that simply want to survive. 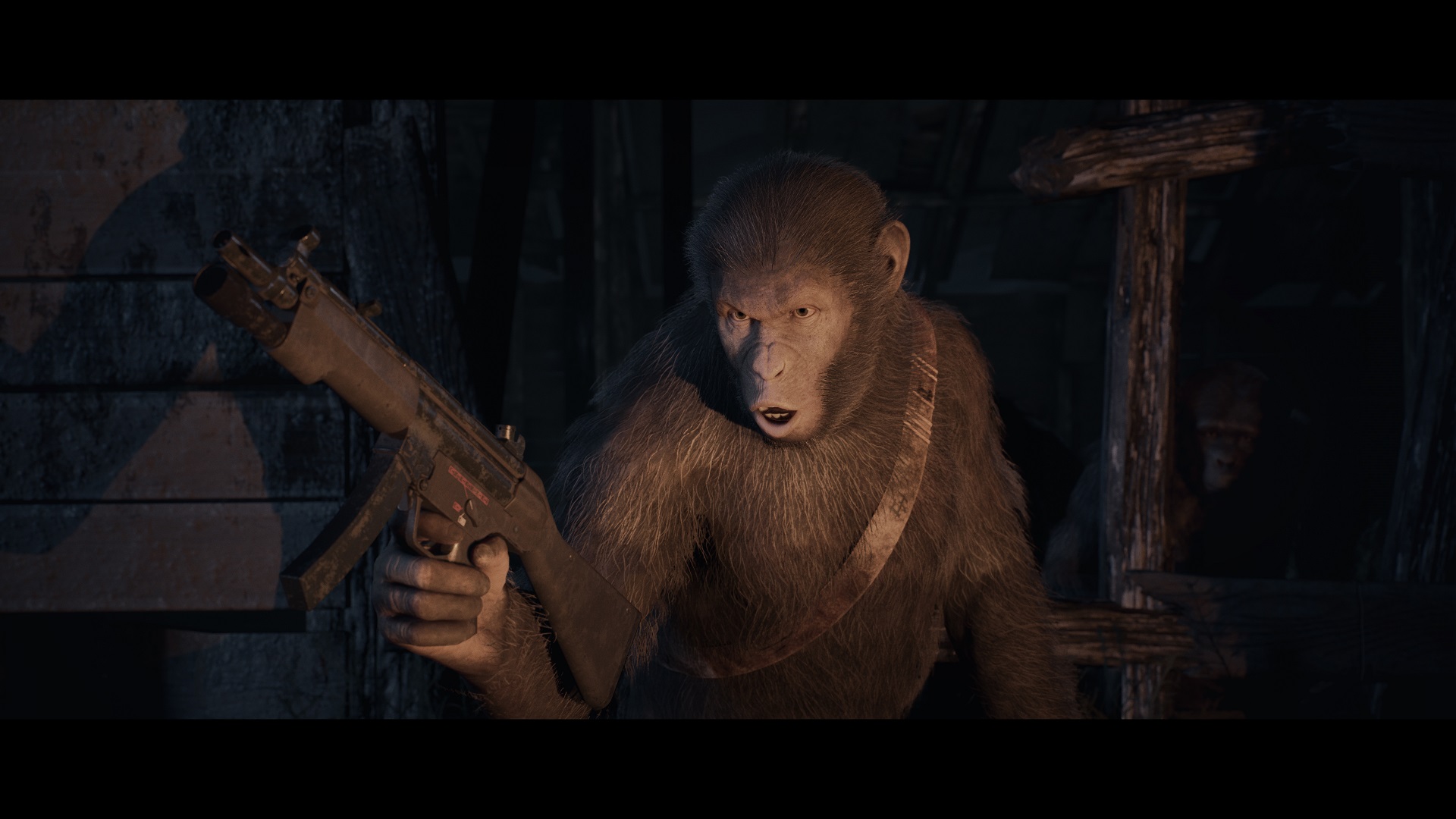 The words “interactive entertainment” are chosen carefully. This isn’t a game proper. Instead, it is a log film where the player can dictate the actual flow of the narrative by selecting between two choices at pivotal points in the story. Let’s say that a human character is witnessing some of her kind beat the ever-loving tar out of an orangutan, the player can decide whether to let it continue or stop it. Should she stop it, other humans might interject, explaining why beatings are good, allowing the player to reconsider. This might seem a bit odd, but the idea, and what could become an underlying theme of the interactivity, is that a person might make snap decisions based on a glance and predetermined morals. The same person might see their morals warped as additional information is revealed. Maybe the orangutan has a bad itch and the humans were helping to scratch it via the only method that works. Obviously, that’s stupid and not what happened with the demo, but it’s an example. It’s certainly a mechanic that bears some exploration.

Some might look at this and see another title looking to ape Telltale’s winning formula, making something like The Walking Douc (Langur). That actually isn’t the case here. There is no direct control over characters, only their choices. The ending is not preordained, either. With Telltale’s titles, all players will end at the same place in the narrative, no matter what decisions were made along the way. Sure, different side characters might be dead or angry at the end, but the finale is still the same. The opposite is true in n Last Frontier. There are three major ways it can go: humans win, apes win or they learn to co-exist. There are eleven different ways to get to the ending, depending on how relationships are played, and where the viewer stands. It’s an interesting concept that should hold up to repeat viewings over time. 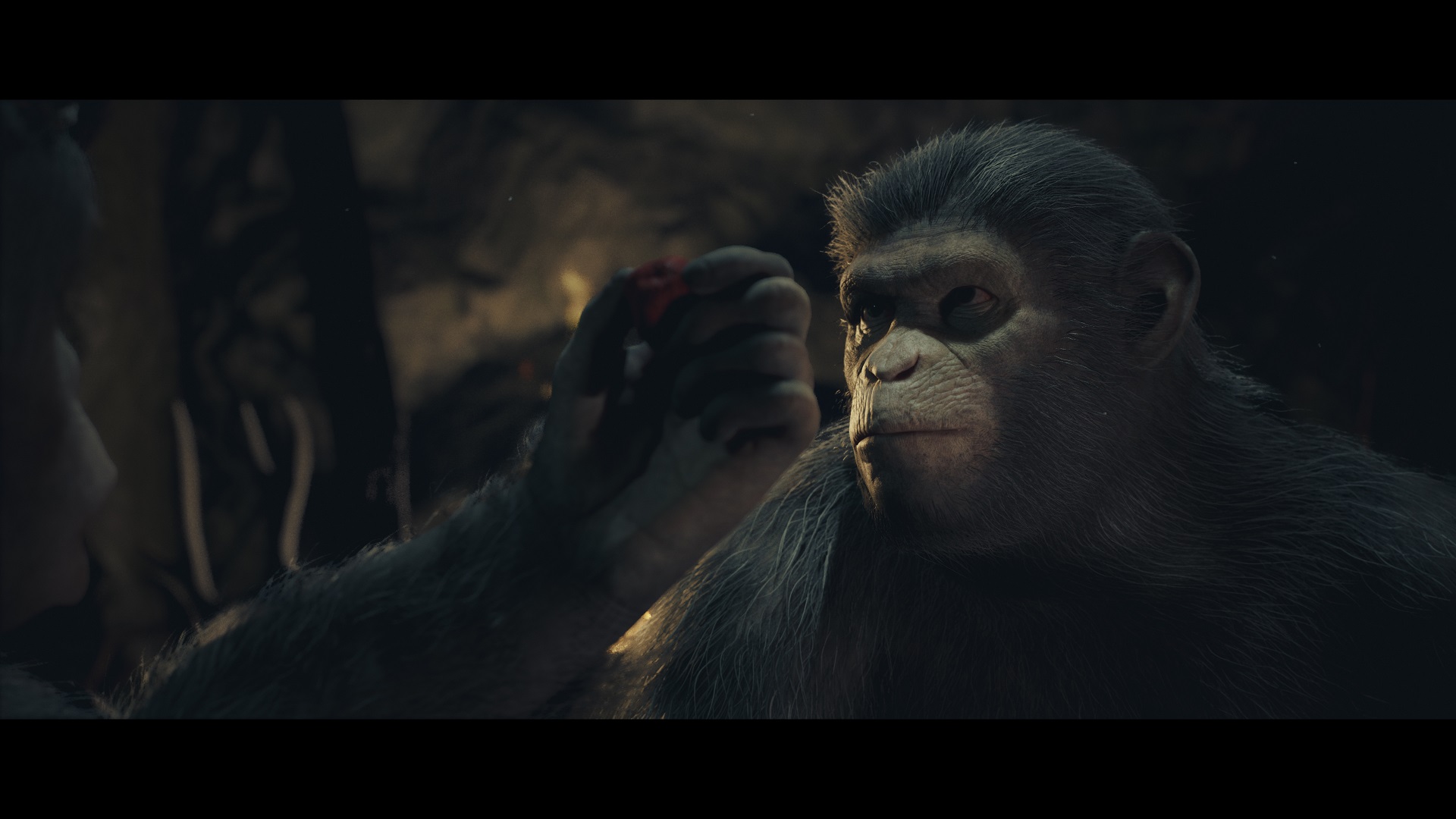 Then there is multiplayer, which is an odd choice for the game. Each player gets a controller, or a cell phone if PlayStation’s Playlink is being utilized, and everyone votes during the decisions. Majority rules. In the case of ties, a player can use a tie breaker token to get the story moving again. The downside is that they won’t be able to use it again until the other players have used theirs. The idea is to get gamers and non-gamers alike enjoying the title equally. Controls are one of two buttons and the choices are immediately clear.

The only way that this could be pulled off properly is if they game could hold up to the movies. As they are using studio assets and ample backing from their special effects folk to tell this story, it looks like it could. The animations, from the simians’ sign language to the wariness of the humans, come across quite well with the digital graphics. The acting I heard was also quite convincing, allowing me to set aside my disbelief and enjoy the scene. Camera shots sweep and close in when necessary, and the lighting evokes the mood. What I saw really did feel like a movie. 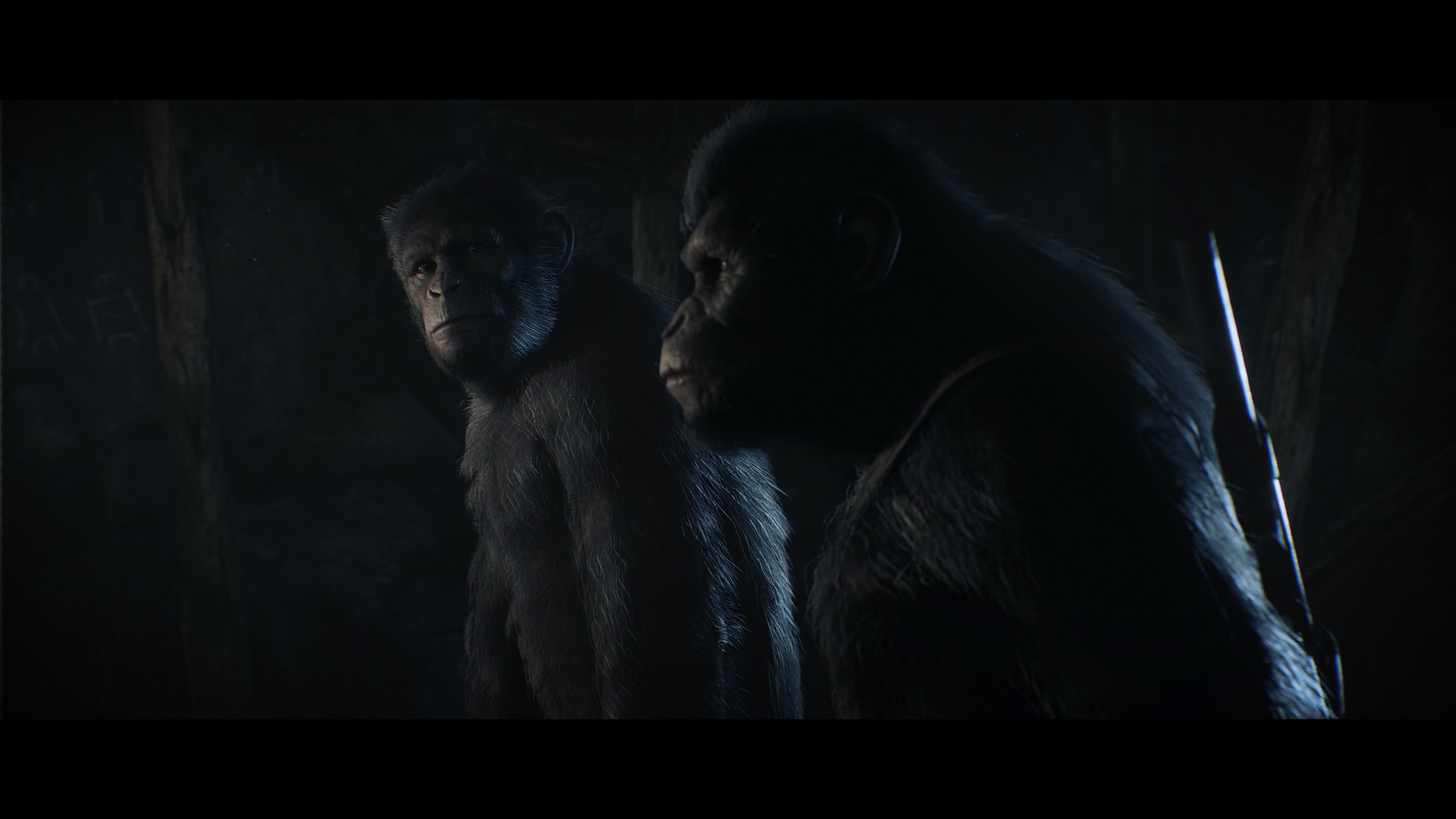 When told that I was going to get a chance to play around with an upcoming Planet of the Apes game, I had visions of swinging through the trees as I hunted down prey or methodically making my way through a forest, watching the branches, with everything culminating in an epic firefight. Instead, I was greeted with pathos and indecision as moral boundaries broke down, making any choice feel gray. I only saw two scenes, one from the apes point of view and another from the humans, but I kept trying to make choices that might allow for peace in the long run. I probably failed. I won’t know until I can go through the entire thing, coming to Xbox One, PlayStation 4 and PC.