The Lara Croft that we all know and love has suffered extreme hardships that would require years of therapy to completely cope with.  Stranded on Yamatai and having watched most of her friends/crewmates die, Lara embarked on a mission to save her closest friend from a ritualistic sacrifice.  Having to learn the hard way how to fend for her life, while killing a few people along the way, she learned that she is meant for greater things.  Greater things that come in the form of raiding some more tombs and discovering ancient secrets that ultimately lead to the cruelest people and her newest adventure. Following the events that happened on Yamatai in the 2013 rendition of Tomb Raider and the events of the novel The Ten Thousand Immortals, Lara must embark on yet another adventure to Siberia.  This time it’s to find the ancient city of Kitezh, with old Endurance crewmate Jonah, to find the secret behind immortality, which the well-funded organization Trinity is also very interested in.  It seems that Lara can never get a break, but at the same time she’s becoming who she is destined to be, the tomb raider.

When Rise of the Tomb Raider was first announced, fans raved with excitement (and raved even more when the Square Enix CEO slipped and called Tomb Raider a trilogy).  With its release date same as Fallout 4 and right in between Black Ops III and Battlefront, Crystal Dynamics must be proud of their work on Rise of the Tomb Raider by not pushing it to next year.  Though, with all the gameplay footage that has been surfacing to accompany and promote the game’s release, it looks to be a most promising installment to the Tomb Raider reboot. 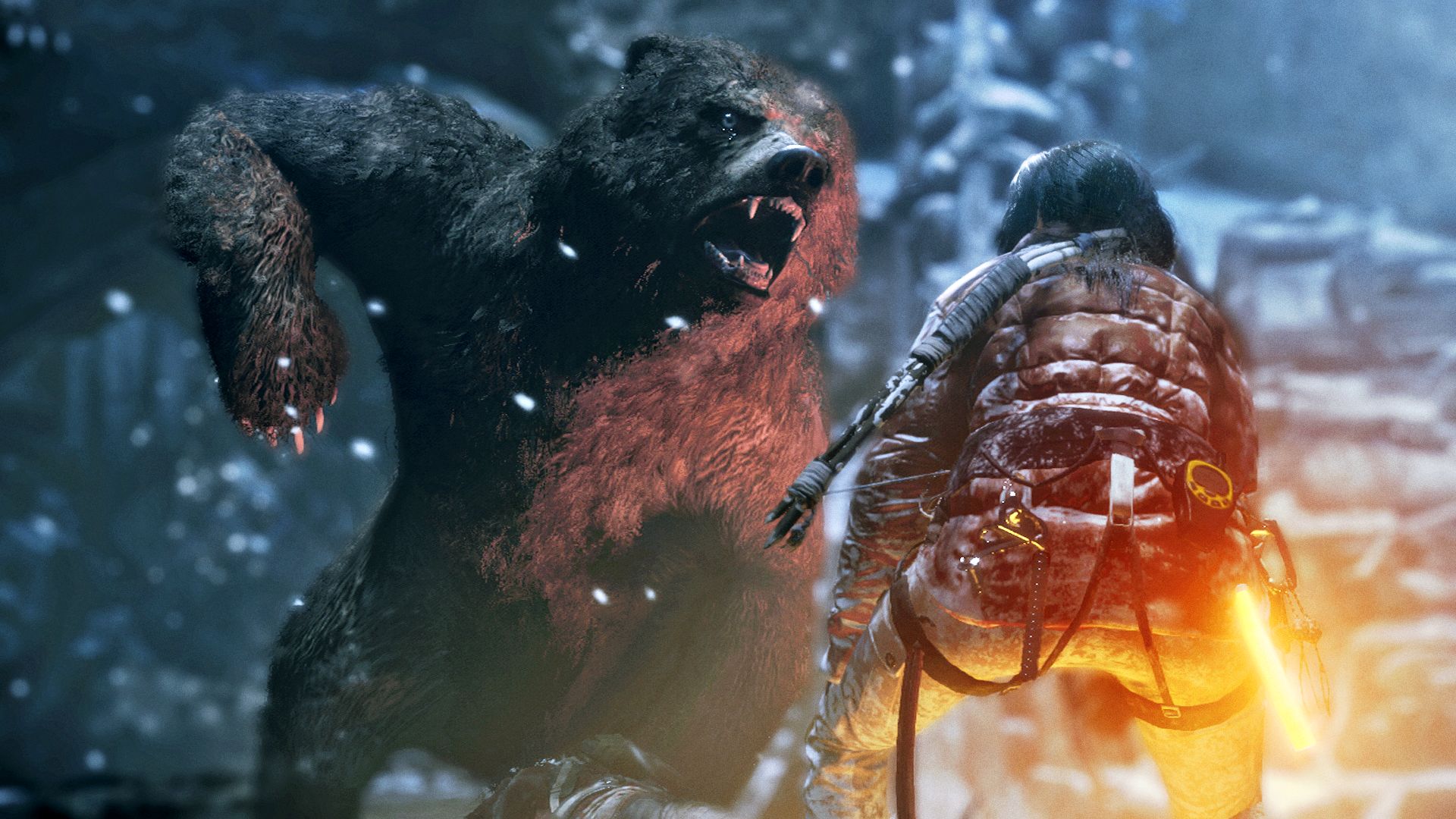 We all know that Lara is this insanely intelligent young girl who lives for knowledge and it’s much more evident in this installment with one of the newer mechanics: translating.  Lara has a basic understanding of certain languages and it becomes more and more evident as she finds new tomes and new scriptures that she can read and gather chunks of the language with.  This is only one of about fifty new skills that can be upgraded over the course of the 30-40 hour game. While there are plenty of new mechanics and skills to pursue throughout this game, Crystal Dynamics hasn’t strayed much from the 2013 rendition.  Quick time events, (QTE), are still an important gameplay feature, using it to fend off bears and most likely other attacks just as she did in the previous game.  Alongside these QTE are the gruesome deaths that can still be encountered if you miss any of them, so don’t.

In a recent video, Crystal Dynamics showcased some gameplay that addressed certain concerns that fans of the series had.  Something that was sort of expected to be fixed with this sequel was the tombs, or rather, lack of tombs from the previous game.  This time, the tombs are more tomb-like and require more precision and patience than the previous, jump-here-and-climb-that way that they were structured.  It’s almost as though Tomb Raider has gone back to their original PlayStation roots with their tombs using water puzzles and underwater chambers.  It also goes back and deletes the wave of enemies and replaces it with enemies that Lara needs to rid herself of in order to continue forward.  What they did keep from the 2013 remake, though, was the save hub campfires and the optional tombs that you can find while traversing snowy Siberia.  Which is completely gorgeous, utilizing the Xbox One graphics to its maximum, almost being able to show up Uncharted 4. 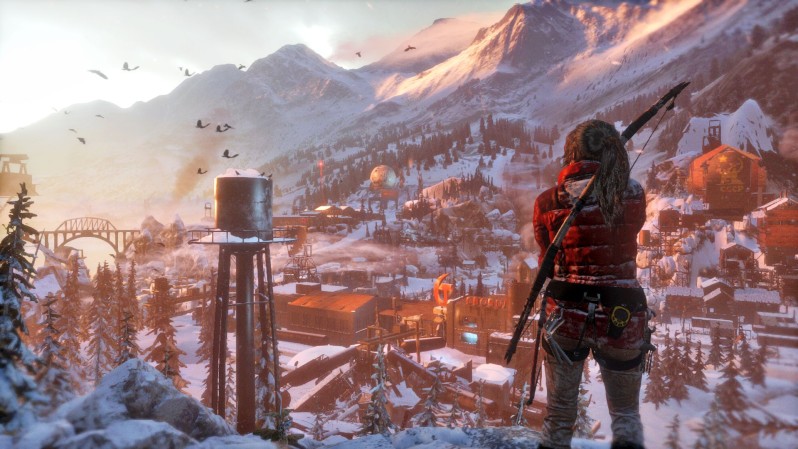 The game is also about three times bigger than the previous and in this case, bigger is better.  You’re given more options when it comes to wading through the snow.  Whether it’s climbing (now with two pickaxes) and zip-lining everywhere or traversing your way through the snow to find ways to ambush your enemies, you have more options when it comes to proceeding forward and it makes it seem a little more open world than linear, which is always a plus.

With this expansive world, Lara has more opportunities to explore and find materials to both craft with and make medicine with.  The previous installment only allowed for you to craft better weaponry for you to attack all those waves of Solari, but now you have a wider variety of things to craft to make you a better survivor.  You can use poisonous mushrooms on your arrows to poison enemies from afar just as you can scavenge for bandages and herbs to make medicine.  This gives players a better feeling of adventure than the previous installment where you just ind of had to hide for a bit and you wounds magically healed.  With the 50 plus additions to the skills that can be upgraded, it’s a wonder just how many renditions of arrows or weaponry you can craft just using the things that you find.  To better this process, the game adds a highlight feature to help Lara locate materials that she can use to craft said items. 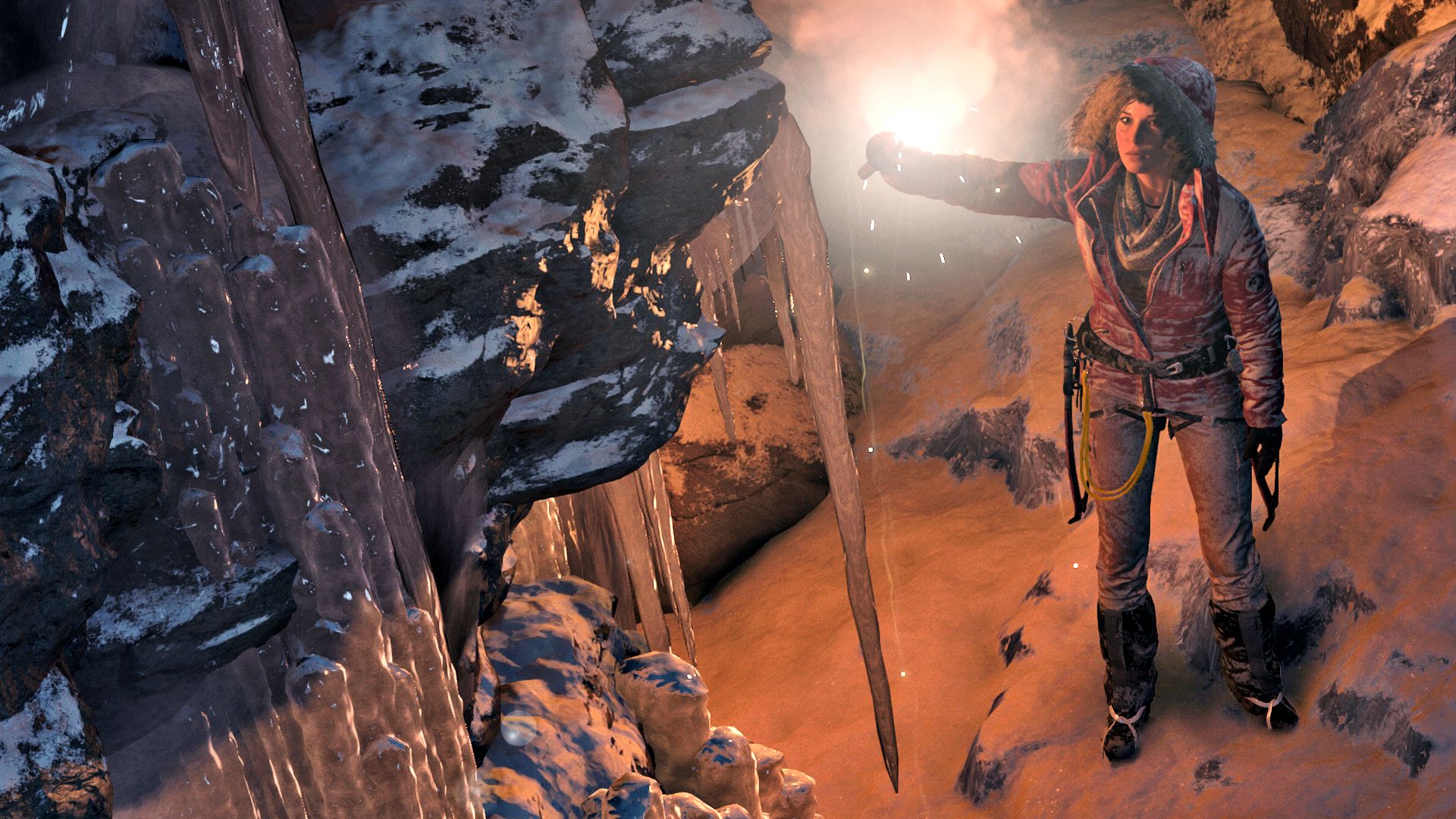 Rise of the Tomb Raider seems like a valiant effort from an incredible company to continue to legacy of this much more human Lara Croft.  With so many new features added in, it’s going to be difficult not picking it up alongside Fallout 4.  And hey, you’re a really attractive English girl with above average intelligence who kills people who get in the way of finding out the secrets to immortality.

Why wouldnt’t you want to pick that up?