The thing about toy blocks is that they don’t have a lot of needs.  Plop one down and it’s happy to be where it was placed, no matter how awkward it may look to those watching.  Put down enough and maybe there’s some kind of order that emerges or maybe it’s chaos, but it’s not until a sense of play imposes a few rules that it starts to matter.  OK, this block is a house, houses have people, people need things and suddenly a whole world of implied rules start kicking in.  City builders are notorious for having endless sets of dependencies layered one atop another, until you find yourself setting tax rates to lure in specific business sectors to drive back urban blight, but sometimes it’s nice to play with blocks too.  Tinytopia is a cute little city builder that goes light on the economic dependencies and instead focuses on the simple enjoyment of building an idyllic little toy town.

Which isn’t to say there aren’t rules of course.  Houses need to be near roads, even if they’re not connected directly, and the people who live in the city have some basic requirements as well.  A house needs electricity, the people who live there want a job, and the more services like police, fire and a hospital are nearby, the greater the tax yield so you can build more and bigger buildings.  Throw in a few quality-of-life improvements like statues or a skate park and you’ve got happy people, but the real trick comes from maximizing the volume of everything. 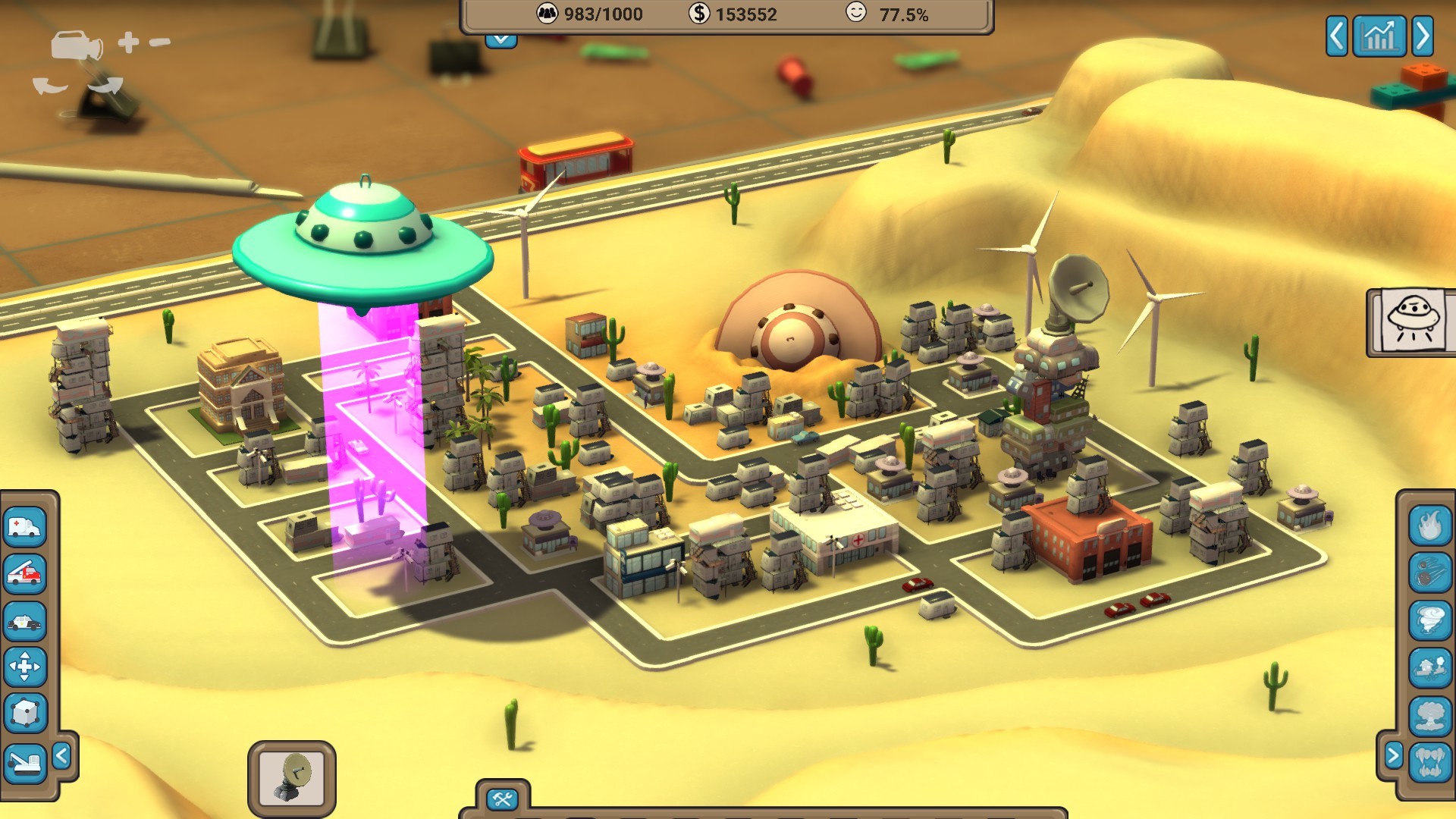 A house is nice and cozy, but it’s just a house and not all that impressive.  Drop another house beside it, practically touching, and they fuse together into a tier-2 house that not only looks nice but holds more people.  Drop one more house on top and it grows to the maximum, tier 3, holding twenty people instead of five per single tier-1 house.  The bonuses for combining units aren’t exactly huge in most cases, but the bigger stores and buildings look neat, which is the important thing.  Some larger buildings can also come with increased functionality, such as the hospital or fire station, which let you put a helipad on top for increased range of protection.  This is especially useful when accidentally placing a building in a precarious spot only to watch it tumble and break, frequently starting a fire or leaving a little townsperson laying there crying for help.  Dispatch a fire truck to put out the blaze and a rescue helicopter to pick up the injured and you’ve got a happy town again.

Just about everything in Tinytopia is focused on the idea that you’re playing with a massive toy set, whether that be the terrain being bound in by the edge of a playset that’s sitting on the floor or table, or how some challenge levels are precariously set on furniture.  One of the earlier levels, for example, has you building on a ruler wedged into a bookcase, with the goal being to build up to a certain height.  All buildings stack on top of each other, depending on whether they’ve got a flat or pointy roof, but even so placing several rectangular apartment complexes in the middle of the ruler seems like a great way for the weight of the blocks to send the whole level falling to the floor.  Another level is set on a board balanced on the point of a large wooden triangle, and the object is to build the town to a decent size without sending everyone tumbling over.  Most levels are your standard “build to this size on this terrain,” but the playful challenge levels have fun exploring the idea of creating a city in weird places around the house. 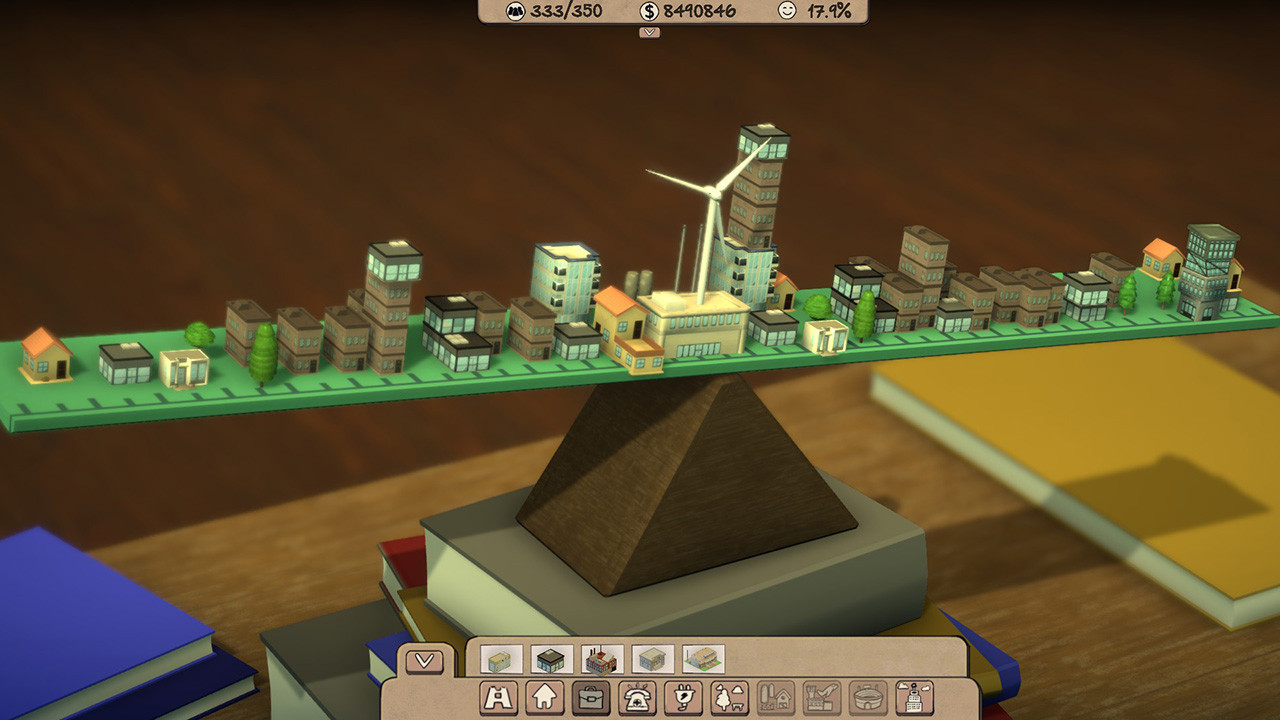 With a bit of care even the challenge levels aren’t all that hard, though, and honestly that’s one of the draws of Tinytopia.  There’s something pleasantly relaxing about placing buildings, fusing blocks together into higher-tier office towers, and only having a small handful of requirements necessary to keep the townsfolk happy.  Each area has a couple new buildings to play with, adding just enough discovery that playing with the old blocks stays entertaining, and if things get a little safe you can always dial up a disaster to raze a path through town.  Tinytopia may not be rich, deep or complex, but cute and super-charming can go a long way towards making up the difference, especially if all you feel like doing is laying out a picturesque toy-block city for your little guys to be happy in.