It’s not easy dishing out hard lessons. Not least if you’re going to do it at the beginning of any game — where players are still getting to grips with controls and general premise alike. Whereby seemingly-unwelcoming introductions can have them sign out long before they, or in fact the game itself, has hit either respective stride. If this is the direction any developer wants to take with their game — to be as unrelenting or just pure honest with how proceedings are likely to go — pray they have something tempting to return back to. To convince you that those [un]avoidable deaths or [un]missable tells from incoming enemies can be rectified via further investment. The first time playing through Sifu is bound to have those worries emerge. The surprise of getting downed by what one would usually denote the “lower grunts” of the game. To revive, albeit your player-character now slightly older…only to fall a few short moments later to another measly grunt and another (you assume, as soon as the sigh/groan has passed) easily-avoidable strike. Failure shouldn’t be arriving this early on and at such a high frequency. Yet the stats don’t lie — that dreaded question inevitably popping up: is it me or is it the game? 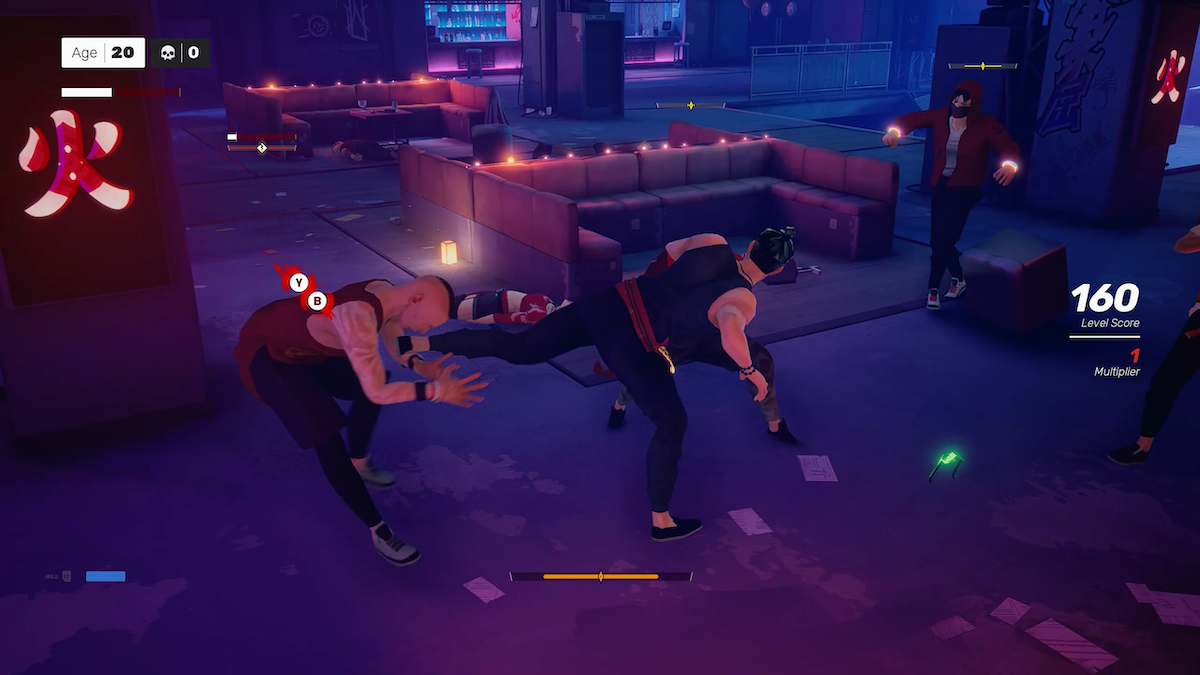 In this case it’s the former, I’m pleased to say. During my first booting-up of developer Sloclap’s latest, martial-arts beat-em-up affair, I found myself eventually getting through the level — its climactic boss battle included — to then immediately retry the entire ordeal at least half a dozen times in quick succession. Since then, it’s taken me around another half-dozen attempts to finally get the rhythm down to a point I can now tackle everything thrown at me without dying. Most importantly, regardless of how many repeated trips there’s been, that enjoyment has not wavered. What access there is so far to the game may not be much, but what’s here is nothing short of a delightfully addictive vertical slice of what Sifu is at its heart. More surprising a revelation given that for anyone having ever played anyone of the Yakuza games in their life, Sifu on the surface seems recognizable and not all that spectacular. Competence neither degrading, nor all that flattering. Without going over the aforementioned surprise at getting beaten to a pulp if you’re not careful, there are two crucial pointers as to why Sifu is so effective. Why too it manages to brush off that early assumption of it being nothing more than a competent brawler.

The first being that enemy AI, in so far as a strategic hivemind actively working against you, can be sly and clever when it needs (and thankfully decides) to be. While some may give the impression that they’re just idly waiting for you to pick them off, it’s cunning how two more can potentially circle around and behind you. More too surrounding you so as to force you into a stun-lock and thus, fall in battle. The second — a benefit to yourself and the enemy alike — is how much the environment plays into the improvisational nature of encounters at points. Items that can be hurled like projectiles, weapons that can be picked up and potentially stolen from those already wielding them. Even sending a foe flying back to then smack into a wall or pillar can incur damage. And given how competent regular foes are in Sifu, it isn’t long before the mind-set of where and with what you fight your battles is front-and-center. Made better by the fact that the game rarely, if ever, provides tutorials on what to do. Yet it doesn’t need to; after a few failed attempts, the flow of combat becomes second nature. There’s tough love to the way Sifu educates its players, but get over the early frustration and eventually the pay-off works to great effect. 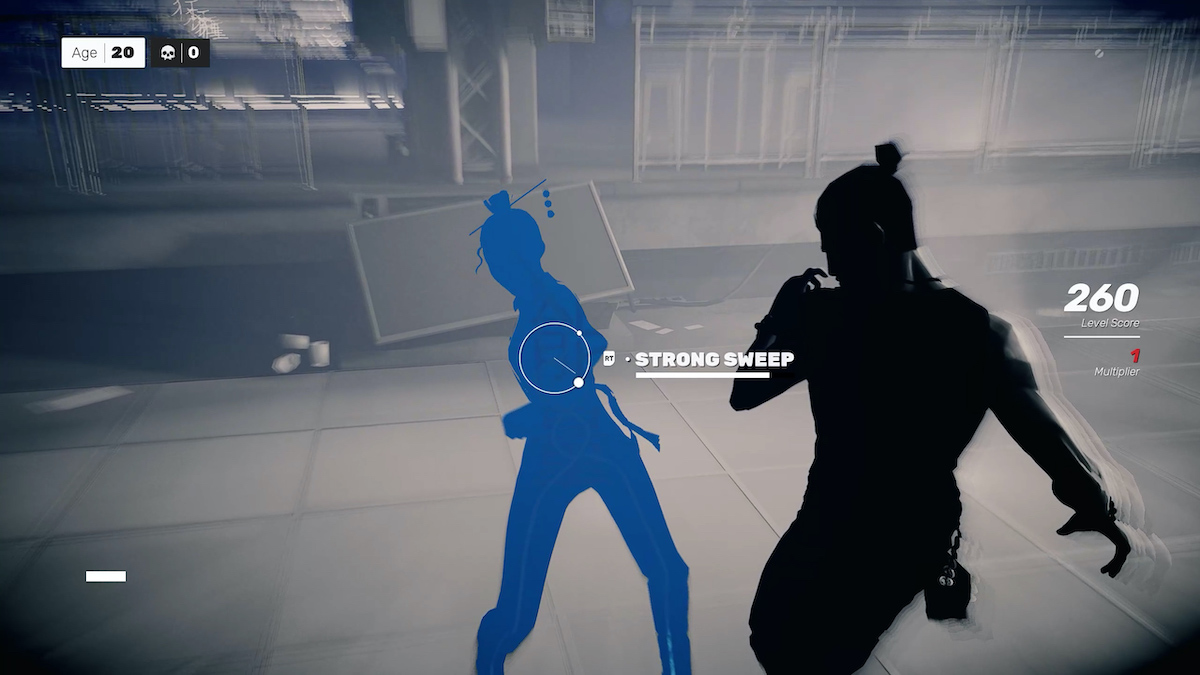 Not that Sifu doesn’t do a good job from the get-go shooing away any and all suspicions that spamming one’s way to victory is an easy route out of things. Yes there’s plenty of rampant switching back and forth between light attacks and heavy attacks throughout, but as another point in the AI’s favor here, these are hostiles that know how to guard, how to dodge and potentially counter anyone who thinks brute force alone will win out in Sifu. Spoiler: it doesn’t. Knowing when to guard, how long to guard for, when to parry — if you’re confident enough in that department. When to dish out a saved-up Focus attack that acts a sort of free move that slows the action down to a crawl, allowing you to select a specific move by targeting a particular part of a character’s body. And above all else, finding that ideal balance between offense and defense. It’s a combat loop whose added incentive on breaking a foe’s poise — an implementation that looks satisfyingly-similar to Sekiro‘s own — for a stylish finishing move means that there’s enough of an incentive for players to get invested in what Sifu has to offer.

Way before the optional expanding one’s move-sets through mid-level upgrade points or simply at the point of respawning. Earn enough XP, score points, or even just having reached a certain character age as a result of repeated deaths and you get to choose from a selection of perks to potentially make the rest of one’s journey that bit easier or manageable. So what of the aging mechanic then? This is the point in one’s impressions where I sadly have to draw a little more of a blank as to its narrative nature, let alone the gameplay differences in totality. Aside from being able to unlock certain skills at particular criteria, it’s still early days to say for certain how pivotal a role it plays. In a similar vain, the general narrative of Sifu is, while not entirely clear-cut in its tone, does at least feel like it’s veering more towards self-aware/B-movie antics, film grain and letterbox-framed cutscenes aside. The fact that the setting for the preview build is simply referred to as “The Club” with one of its major combat sequences taking place in a dance hall — accompanying electronic beats kicking into gear conveniently when the fights themselves kick off — should be a sign that Sloclap are acknowledging such tropes rather than hiding from them. 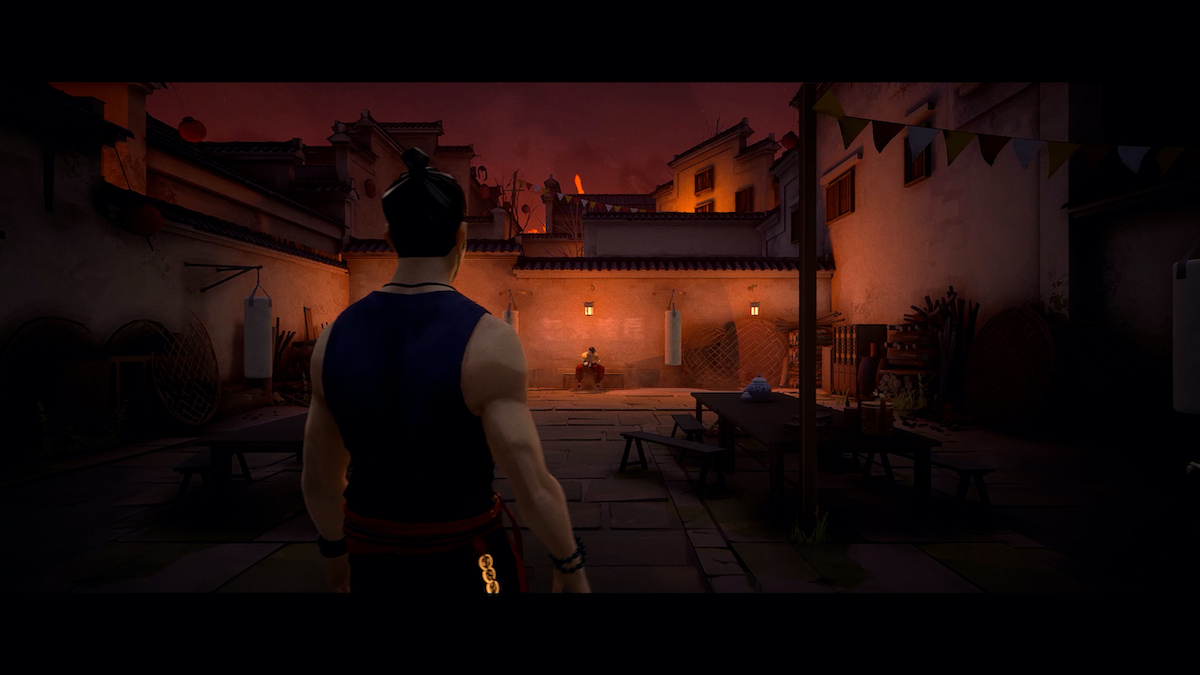 In so far as literal first impressions go, you can’t note the immediate desire to replay what was offered again and again, as anything but a successful pitch. Sifu‘s combat is quintessentially challenging but fair, but its perks owe just as much to its subtleties as much the difficulty put before the player. Its refusal to guide the player’s hand, off-putting it may be through the first few deaths, quickly allows such elements like the use of environments to play that more pivotal a role in how future fights potentially unravel. For those willing to pick themselves up, all the while refusing to resort to brute force — be it out of frustration or a desire to see things over and done with — there’s plenty of surface-level and deeper-rooted mechanics to explore, utilize and see wonderfully unravel in Sifu. Its aging mechanic, not to mention the very nature of the storytelling, remain unanswered prospects, but to say I’m more intrigued on the basis of mechanics by Sloclap’s latest should give you a clear-enough picture that on gameplay alone, Sifu has made a strong case for itself.