Being a bounty hunter sounds like a sweet gig until you factor in who you might be hunting and where your travels will take you. Hunt: Showdown has players taking on the role of bounty hunters deep in the Louisiana bayous during the late nineteenth century. This in itself seems like it’d be a dangerous job, but the bounties are not on regular run of the mill targets. The prey to be stalked consists of otherworldly nightmarish creatures, far more terrifying than the normal threats we deal with in our mortal plane of existence. And on top the demonic forces there are also other bounty hunters to contend with.

Hunt: Showdown originally began as a spiritual successor to Darksiders. The gameplay and overall aesthetic is different between the two, but there’s a shared element of the supernatural threat. Initiated Hunters have been gifted with Dark Sight, an ability that allows them to see past the veil between this world and the next. Mere mortals lack this ability and this grants Hunters the ability to things normal humans can’t. In the game this is a useful skill for tracking monsters or players carrying a bounty and also provides a narrative device that connects the players’ character to hell. 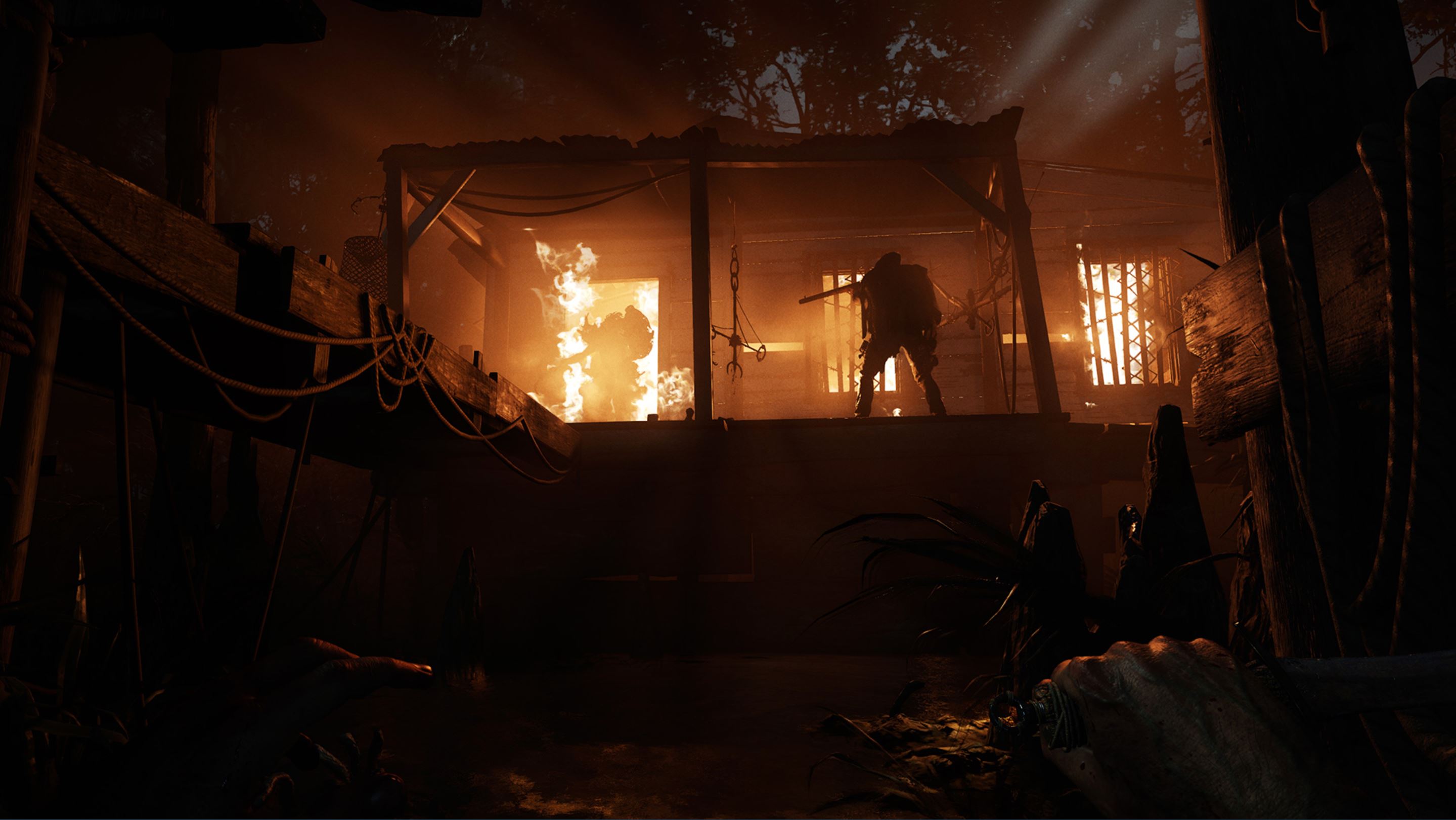 Hunt: Showdown is a first-person arena shooter that also has a rougelike progression system. Players will create and design their own characters but should that character die all their equipment goes with them. The experience, however, earned will remain in the player’s Bloodline and will be transferred to the next character they create. Along with the PvE elements of hunting demonic beings PvP also factors into the dangers that will be encountered in the Louisiana swamps. Hunt: Showdown supports multiplayer for up to ten people, which could be divided into two teams of five, five teams of two or a complete free for all where everyone is for themselves.

There are countless arena shooters out there so Hunt: Showdown has an interesting approach to increase immersion while making the experience different from all the other shooters. In order to increase tension and simulate the sense of dread and uncertainty, players are never sure how many other players are on a map with them. Speech in enabled through headset communication between players, but because radio headsets don’t exist in the time of Hunt, players can only hear other characters who are in close enough proximity to hear them, regardless of what team they belong to. This can be used to sneaky player’s advantage and can give misinformation to enemy players. The maps have a consistent design but have procedurally-generated elements, so even though the layout and basic structure of the map will remain the same, it won’t be identical in every session. 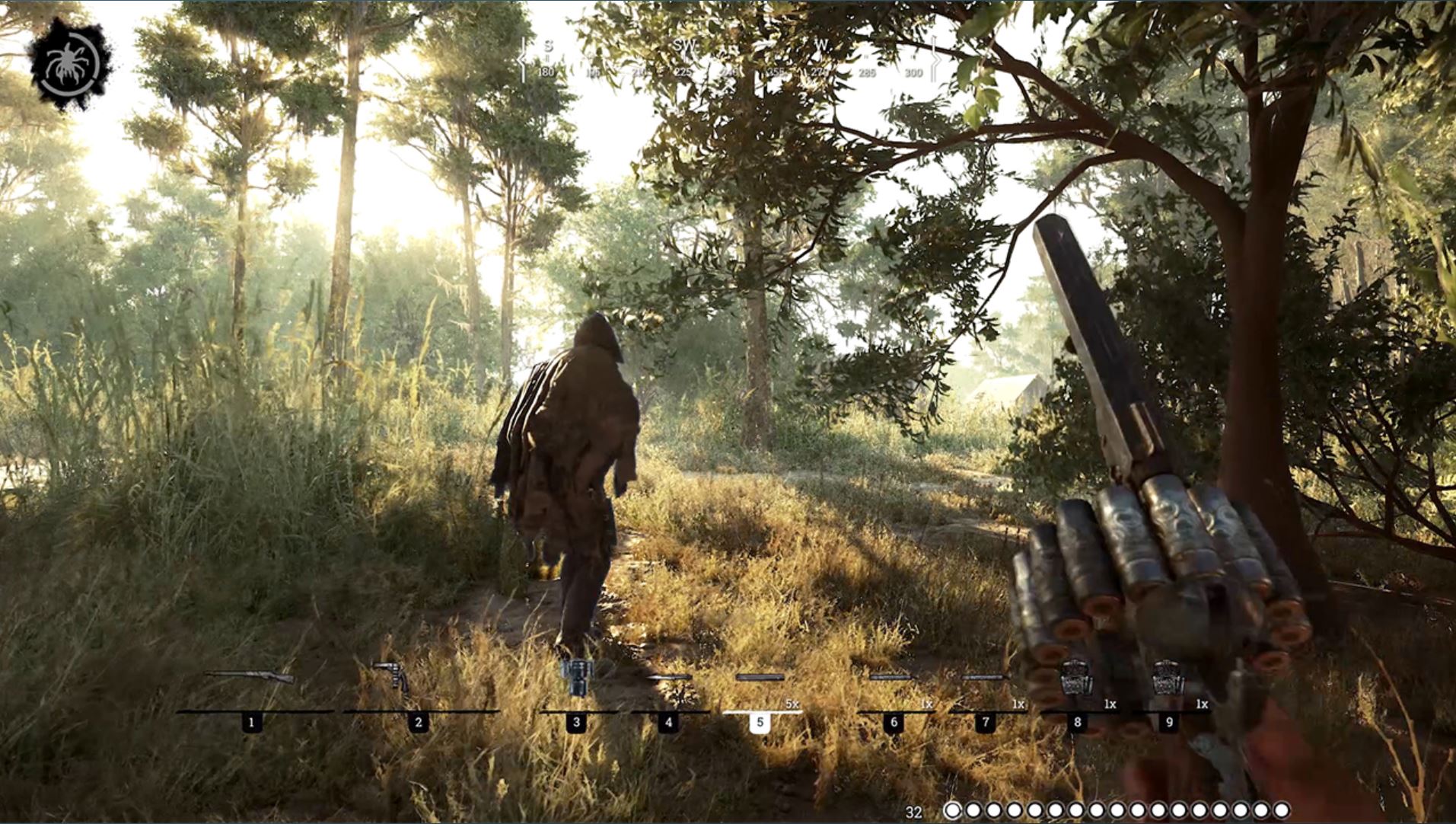 Hunt: Showdown is available on Steam Early Access and will be available on Xbox Game Preview. The communication limitations and being kept in the dark about how many other players are in the game helps convey the unsettling atmosphere that could come with hunting demons through swamp along with setting this title apart from other multiplayer shooters. The overall aesthetic is based on the real world and tries to be historically accurate with the notable exception of redesigning everything to give it a more steampunk look. The demo we had with Hunt: Showdown was entirely hands off, but there appears to be enough going on with this title where it will have no difficulty setting itself apart from the other shooters out there.