With the exception of a now defunct mobile game, it’s been well over a decade since there’s been a release in the Valkyrie Profile series. With the current popularity of media based on Viking and Norse mythology, now seems like as good a time as return to Odin’s service. Ragnarok, the end times, are upon the realms. Odin no longer able to muster the strength he once had summons a Valkyrie to deliver salvation to the world. A roughly two hour demo of Valkyrie Elysium isn’t enough time to accomplish this, but can give an idea on whether or not these realms are worth saving.

No one knows when the actual end times arrive, but it has been prophesied recently that the end times for turn-based RPGs are looming upon us. While there are recent turn-based games that show that isn’t entirely the case, Valkyrie Elysium does support that prophecy. Those familiar with the original Valkyrie Profile or the enhanced PSP remake know the game puts a heavy emphasis on story with a unique turn-based battle system. Within the demo story development was short and to the point, and the battles have abandoned all semblance of a turn-based system into straight up action. Many people enjoy turn-based RPGs and action RPGs, but whenever a known series radically changes the format, it’s likely to draw criticism and ire from longtime fans.

Now it has been established that Valkyrie Elysium is a straight up action RPG with little resemblance to the combat gameplay of previous entries, it’s safe to state that it’s not bad but not spectacular either. There are many different combos the Valkyrie can learn and there’s a lengthy tutorial at the beginning to make sure the player learns them all. The slash kick combo was a personal favorite. Calling on Einherjars, spirits of dead warriors with elemental affinities, helps bring a sense of familiarity the fans of the series. The spirit companions are of great assistance in battle and are also useful for solving certain environmental puzzles, though the term puzzle is used loosely in this case. They are in the tutorial section, but the player loses access to them afterwards, suggesting that amassing a small Einherjar army is part of progressing through the game. Maria also acquires different spells called Divine Arts such like fireballs, pillars of lights, lighting bolts, heal and a dash attack. 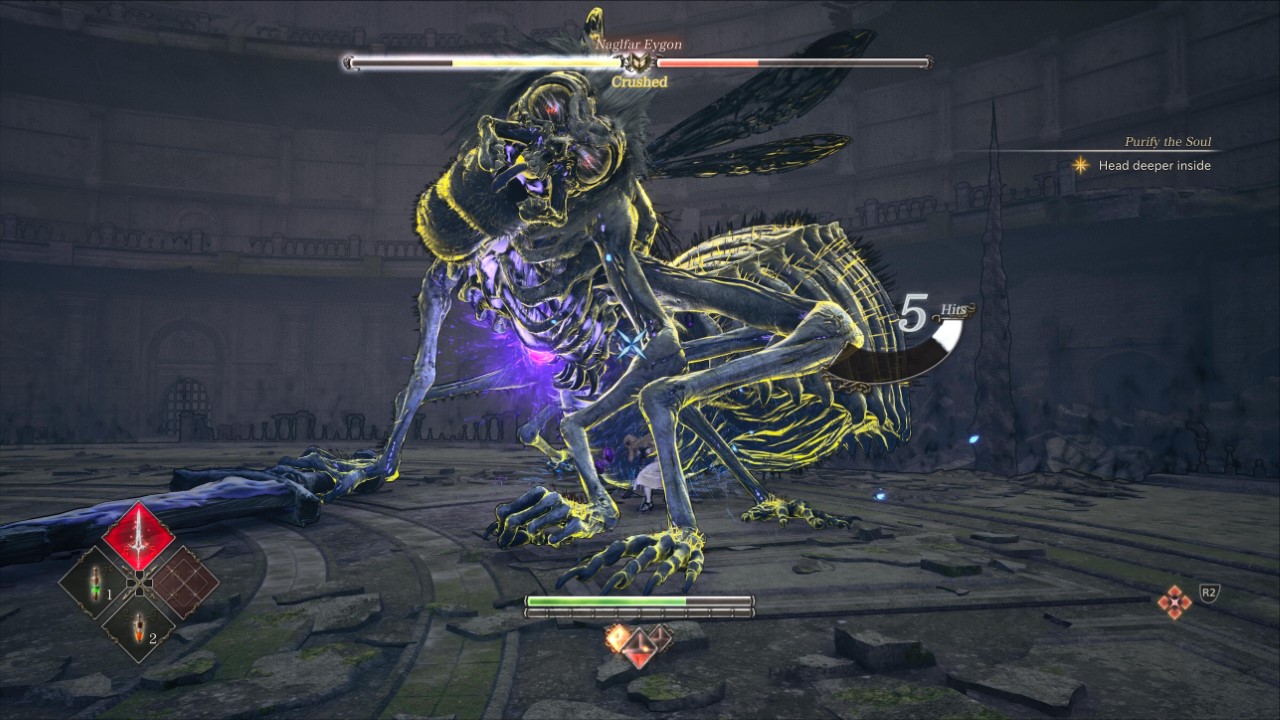 The battle mechanics for the most part are decent, feeling like a flashier version of Stranger of Paradise. The biggest complaint about combat is the Valkyrie feels sluggish. She gets a lighter, faster sword after a boss fight, but even then it’s not uncommon to find her stuck in an attack animation, making her susceptible to attack. Besides that gripe, the Valkyrie has a variety of attacks at her disposal. Switching between her two equipped weapons can be done instantly with the push of button. She can equip up to four Divine Arts at a time so the player has a lot of freedom on how they want to approach battles. Learning how to time blocks plays in success, and unfortunately the execution of her repertoire is clunkier than it should be, so hopefully they keep can streamline things before release. The Valkyrie was successful in taking down the Naglfar at the end of Chapter One, but no one would call it a pretty victory.

The gameplay could benefit from fine tuning, but presentation is not an area where Valkyrie Elysium is hurting. The game boasts a gorgeous countryside to explore which is even more fun to do so once double jump is unlocked. From the wilderness to castles to monsters, this title is a feast for the eyes. The music is equally as impressive creating an epic sonic counterpart to complement the realms that Odin is trying to salvage. The Valkyrie doesn’t gain levels in a traditional sense, but by collecting various gems through victory in battle or from treasure chests she can level up different abilities and unlock new skills. 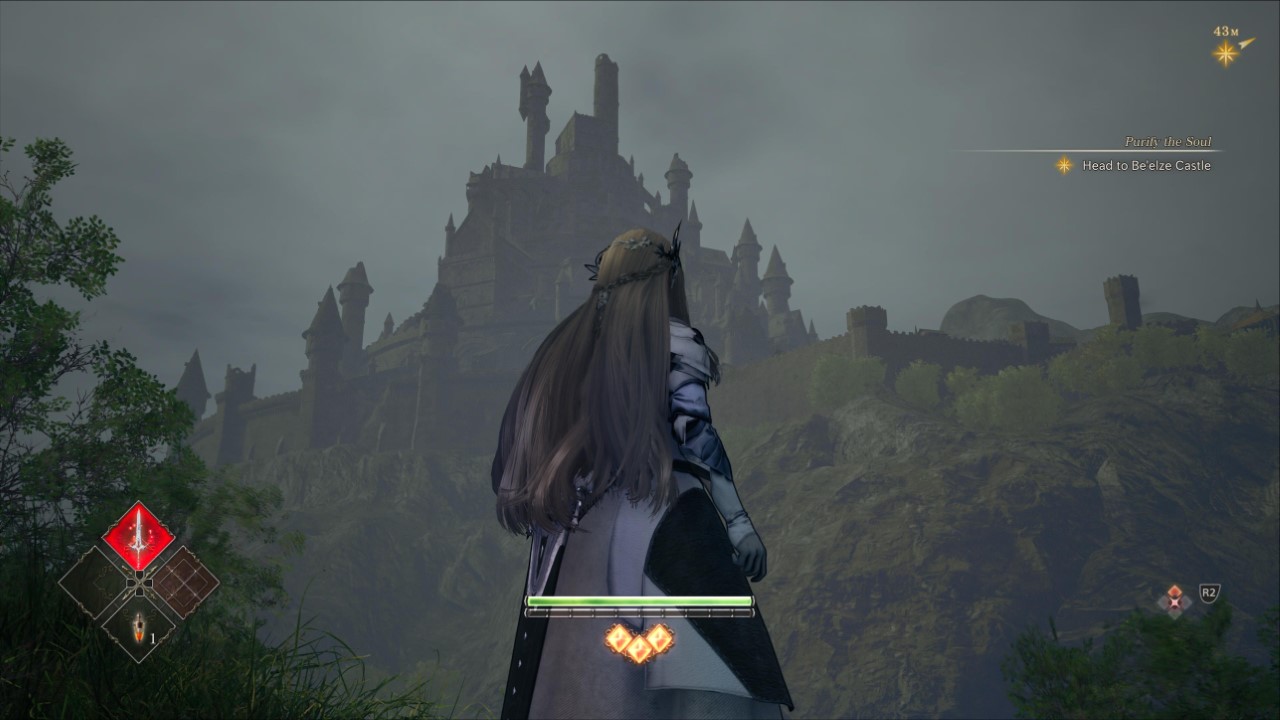 The shift from Valkyrie Profile’s turn-based origins to an action RPG is a shock, but overall I enjoyed the couple hours I spent in the Midgard. By the nature of change this will be a divisive title among fans that have been there since its PlayStation debut and the complaints are not without merit as the gameplay is a drastic change from the classic titles. The heavy emphasis on story has now taken a backseat to the action, where outside of a brief introduction there wasn’t a ton of exposition though there are plants scattered throughout the land that help fill in some of the gaps. Taking Valkyrie Elysium in based on its own merits and not judging it on expectations based on past entries, there’s a lot of potential here. It seems like things were about to really take off at the conclusion of the demo with the new equipment and character upgrades, and while there wasn’t a ton of variety in standard enemies, the two boss fights were impressive. While enjoyable and showing potential, nothing in the demo had a wow factor, so even though I’m optimistic about the title, only time will tell how well off the finished product will be. Valkyrie Elysium will launch for PlayStation 4 and PlayStation 5 on September 29 and PC on November 11.