With the arrival of Resident Evil 7 late last January, PlayStation’s very own VR platform, it could be argued, received its first well-worth reason to don a headset covering one’s upper face and bear the satisfying dread a horror title such as this could carve out in the VR realm. While not exclusively tied to the platform, it was a sign that given the right set-up and eventual delivery, virtual reality could indeed earn its place, albeit one still confined to that of a niche space commercially. Since its supposedly unofficial inauguration into the public domain, countless studios’ efforts in providing feasible content for VR, has relatively fallen by the wayside. Arguments over the staying power, not to mention the price — regardless of whose brand name you’ve already forked hundreds of dollars over for — providing even the most conservative of skeptics a bold voice to argue VR’s early years have been fairly rocky to say the least.

One of the reasons behind the platform’s less-than-stellar output — so far as the games are concerned — lies with the many attempts studios have taken in translating the beloved (and the trustee) first-person shooter for example into a direct and personal confrontation of bodies and bullets alike. But as we all know, creating a mere shooting gallery — regardless of the breadth of skill it requires to carve out and program such a thing — is ultimately limiting given the static prose of its gameplay and the somewhat shovelware-esque hollowness of its end delivery. Aim, fire…aim, fire; repeat ad nauseum until the novelty wears off and that great big, three-figure price-tag once more looms in your troubled mind. Yet, where do you take “the shooter” beyond the basic foundation of pointing virtual weapons at a target, or set of targets, regardless of whether you’re required to move or not? Already we’ve seen the likes of Serious Sam show many an unconvinced neutral that it doesn’t have to predominantly be about the actual physics and systems governing over. That it can be as much about the pacing and tension involved in actually shooting a weapon, than it is necessarily the actions undertaken, that can help spice proceedings up. 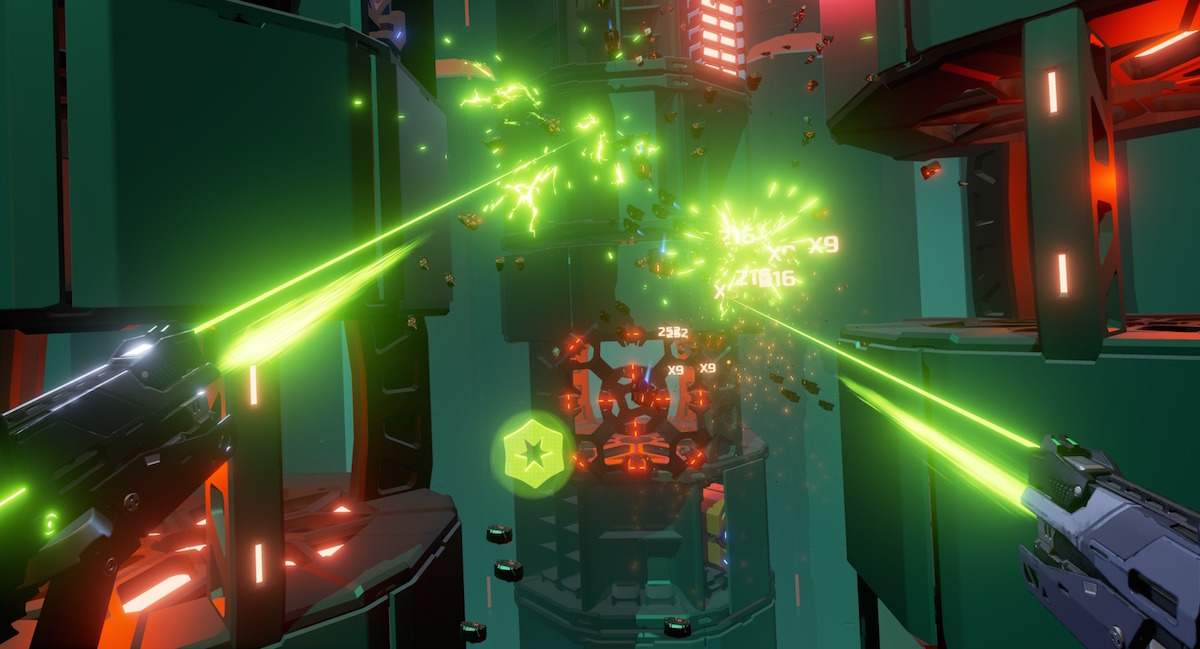 Once you, as a developer, get past these very obvious restrictions, you can then begin to focus on providing your players with some welcome and positive distraction. Distraction that involves thrusting both a challenge and a joyous spectacle before the player’s eyes, making sure that it’s the player that is the epicentre of all this. Perhaps this is one of the primary reasons why VR Invaders, created by developer-publisher My.com, works so wonderfully even if it is one of these said static shooters. Even with the constant visual change with the surrounding space and increased contextual challenges — players keeping an eye on their environment as much the polygonal drones firing back at you — if the game’s core loop could indeed be classed as repetitive, by God is it one of the more addictive and gripping types of repetitiveness I’ve played for some time.

VR Invaders’ hook lies in how well it takes advantage of the physical and mechanical restrictions of its hardware to keep players, if in the same space, constantly on one’s toes. Enemy swarms making constant fly-by’s, some hurling tenuous bullet fire towards you; the player needing to wisely make the most of  the shield gripped in their left hand (which can, on occasion, double up as a second weapon); power-up’s making brief appearances, sometimes behind level furniture, that don’t just alter the rate and manner at which you fight back, but too can be detrimental to one’s strategy especially in later levels that require long-stretches of offensive directness rather than hopeful pop-shots. There’s a deep yet inclusive form of strategy to uncover here yet as far as general variety goes, VR Invader’s mix of enemy types and literal attack patterns can’t be faulted either — the same spoken for how quick and cunning certain waves are in distracting the player’s view from what might be a more deadlier threat soon to form on the horizon. 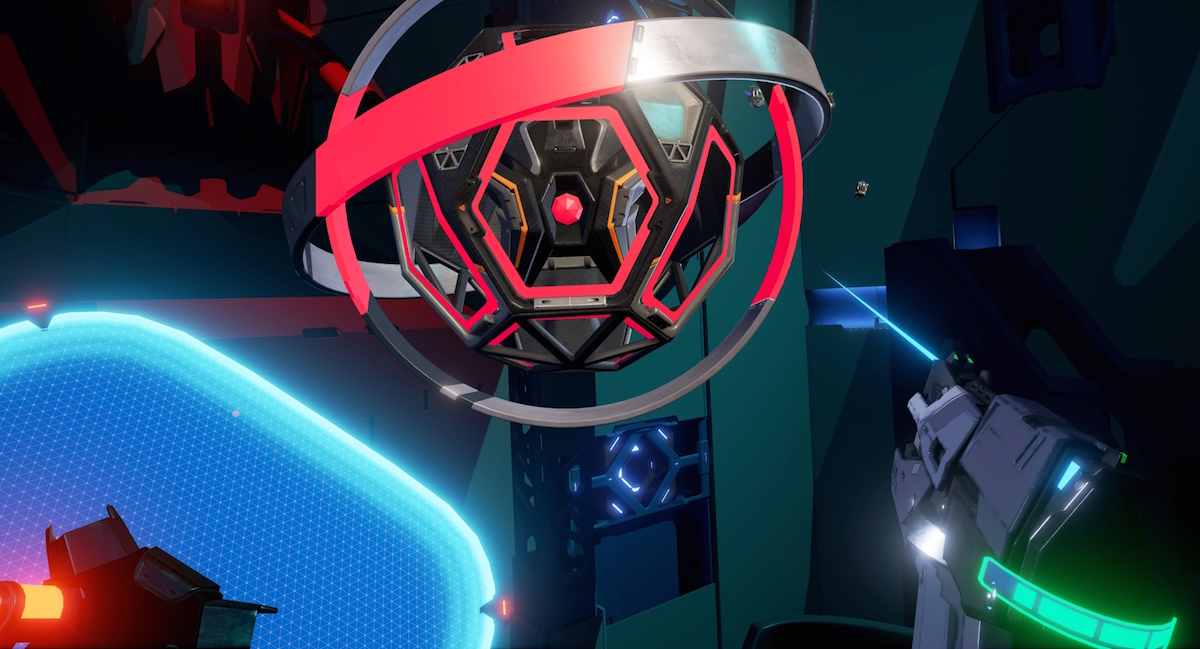 But there’s a confident swagger to eventually gather and rightfully claim when you’re finally pulled right into the thick of it. Given that it doesn’t take long for players to get used to the erratic nature of some of the game’s stages, before long, you’ll be readying your protective shield as if by muscle memory at one angle while shooting at other more idle foes at another, before naturally flicking your arms towards two completely different angles in a systematic unison of offensive and defensive performance. The fact that you gain so much satisfaction at having your weapon’s staying power flick from base “pew-pew” semi-auto to a blistering piercing laser upon acquiring a power-up, if for a temporary period, could be regarded as the real crux as to both how and why the game is so good at captivating you: because it’s as far from this idle slog of merely shooting at moving targets. It provides you instead with an abundance of visual cues and sly trickery alike, that not only does it demand total focus on what’s happening before you, but upon racking up a score combo or reaching out with one controller to a nearby power-up, there’s an immediate kick at inevitably laying waste to a pocket of enemies once littering your perspective.

Perhaps it’s the underestimating allusion players will no doubt carve out for themselves when slogging through the early proceedings, that brings this almighty shock to the system to start with. But as stated, it doesn’t take long for the predicted assignment of enemy waves to immediately shift to a fluster of more aggressive enemies trying their best to exploit one’s linear gaze and constant need to be focusing on everything at one given time. VR Invaders may well try to decorate things with a back-seated narrative or a plot about a literal VR system going haywire and while the story is there to be heard — whether you want it or not — most of the time, thankfully, is spent completely immersed in the chaos of a direct enemy confrontation that shows no sign of letting up. Though the premise is the same, My.com seem to have cracked the code to figuring out how best to keep players entertained, yet voluntarily gripped by what’s being shown to them. For anyone looking for the next great example of how VR gameplay (particularly that of a shooter) can hook you, VR Invaders — on its way to PS VR very soon — is that example.