The end of the world is never a good thing if you’re a human, but it’s hard to ignore that the planet will breathe a huge sigh of relief as things settle down again for a while.  Not forever, of course, because people are smart and hardy, and it only takes a few survivors to start rebuilding.  There can only be so many zombies infesting the wilderness after all, right?  The world’s population is pushing eight billion, but it’s not like they’re all in one spot, so while the occasional horde may amble on by it should be possible to make a cozy homestead far away from the urban centers, needing only some traps to keep away the worst of the undead and make survival a pleasant task rather than a dangerous grind to inevitable failure.  Wanderlost is set in the post-zombie apocalypse, but while there’s undead dangers roaming the landscape, the real challenge will be slowly building up a base that you can call home.

The Kickstarter for Wanderlost is in its final days, blowing through one stretch goal after another as its cute and friendly zombie-themed post-apocalypse fuses with the survival elements of games like Valheim.  I’ve gotten to play a very early pre-alpha, and while being unable to get particularly far due to the save function not being implemented yet (again, pre-alpha and not yet ready for general access) I’ve had a good time wandering the wilderness while getting a sense of its earlier systems.  The game starts with the red-haired Bub (no female option yet but that’s coming) standing beside a wrecked truck with a few supplies in the back.  He’s got a plastic bottle to hold water, a good club, a little food to get started and thankfully it seems the accident knocked off a few chunks of rock to get started crafting with.  A small tutorial recommends what to build first and F1 brings up controls plus instructions on a few esoteric functions, but after that it’s an open world where you get to decide what’s next. 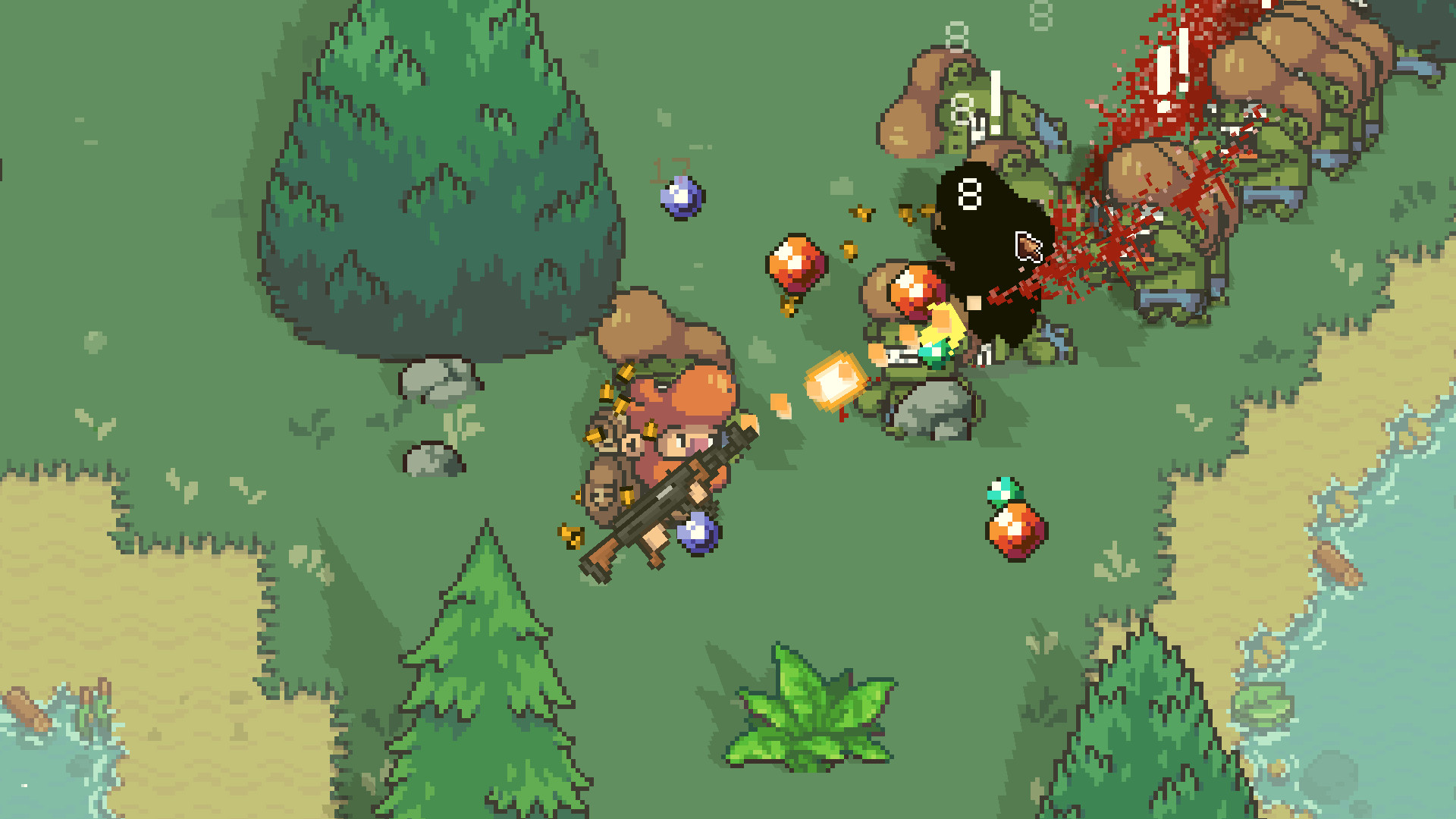 Like in any good survival game the earliest items just require beating on a few saplings for sticks, while harvesting plants yields fiber that lets you craft Weak Cordage.  Turn a small stone into a sharpened stone, use the weak cordage to attach it to a stick, and there’s an axe or a pick depending on which you decide to start with.  The basic tools are weak but easy to make, no need for the different workstations needed to craft more advanced items, so stone axe lets you cut down trees to get a log which can be broken down into a heavy stick, which is just the component needed for a hoe to till the earth.  Don’t feel like exploring the world much at the start?  That’s fine, iron isn’t too far off anyway and the pick is easy to acquire, so you can have a nice place in a peaceful part of the world without going too far into danger.  Even so, there’s a world out there that’s filled with resources beyond what you can get in the starting biome and it’s awfully tempting to go exploring.

I’ll admit I didn’t get to go too far into Wanderlost‘s world, which is divided into relatively large map squares like the old 2D Zeldas, but I did manage to find a few different kinds of zombies that made poking around feel risky.  The first zombie at the truck crash is a slow and weak, easily dispatched by swatting it with the starter club, but faster zombies are out there, as are ones that jump on your back to disable you while others attack.  Building a starter base in the peaceful beginner area shouldn’t be too tricky, but it can be a lot more dangerous out in the world, but that’s also where all the best goodies are.  There’s already an urban area planned and it’s looking likely the Kickstarter’s military base biome is going to make it as well.  They’re all filled with lovely rewards just waiting for the well-equipped survivor to risk their neck and maybe it’s worth it if you don’t end up dead. 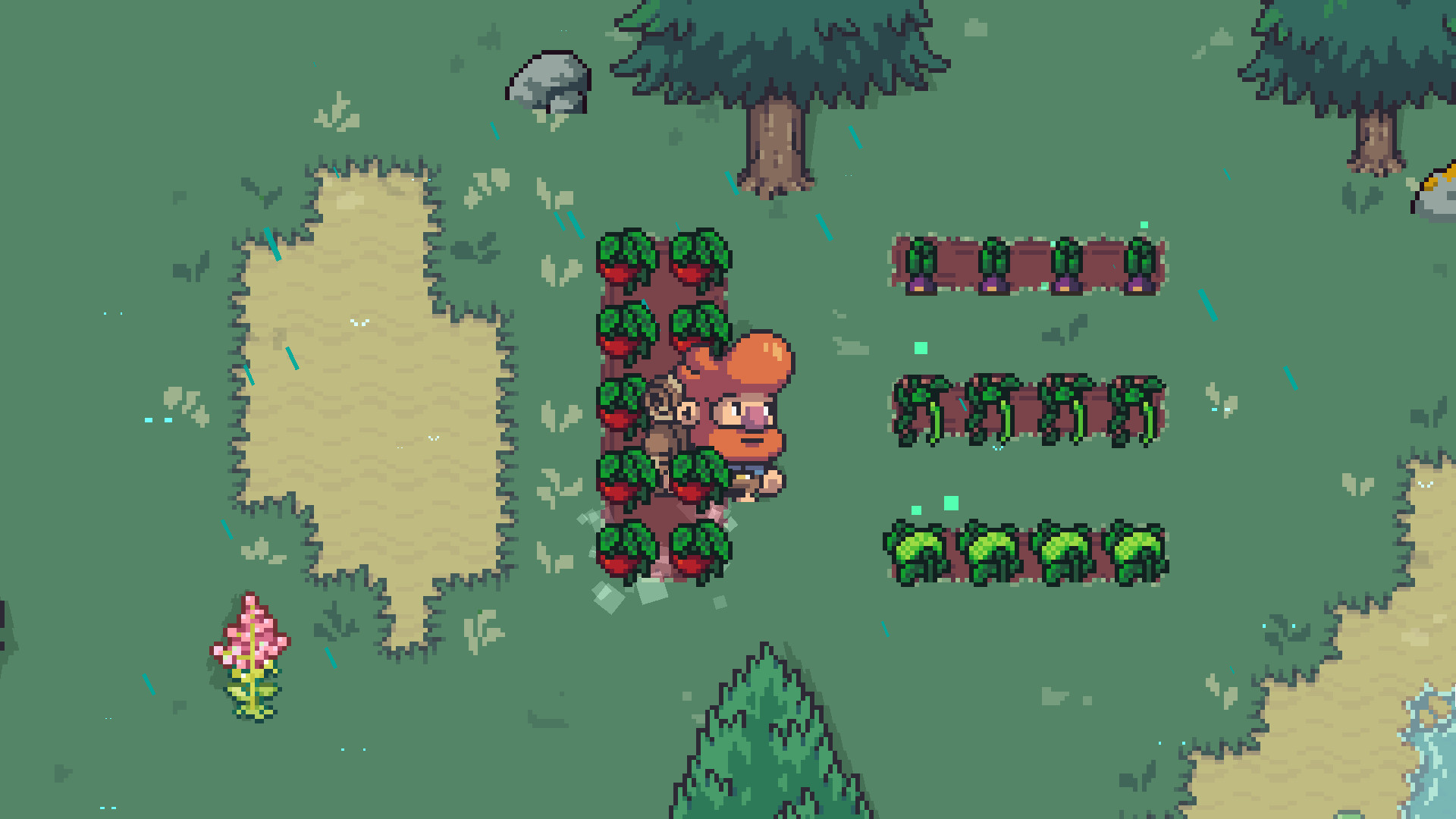 There’s a lot planned for Wanderlost, and the pre-alpha only gave me a small look at the many systems that will work together.  Bub levels up with experience from crafting and zombie-killing, with three points awarded to assign to four different stats.  The day-night cycle will also bring with it a change of seasons, and getting through winter will take some prep-work.  If that doesn’t work out there’s hunting and fishing to keep the hunger meter full, and no matter the time of year it’s always a good idea to keep a water skin filled and ready.  There’s even a survivor base somewhere out there in the makeshift stronghold of Halcyon, where Bub can make friends and buy items.  It’s a big ruined world but the worst of the apocalypse has passed, and now the survivors can dig in and do more than just scrape by.  Whether that life is peaceful harvesting with the occasional trap to knock out wandering zombies or a more ambitious quest of exploration in the endless landscape is player’s choice, but there will be more than enough to keep everyone busy no matter what path they choose.

Wanderlost is currently wrapping up on Kickstarter with only a couple days left on the clock.  Head on over and give a look and get ready to sink into the cozy work of surviving after the end of the world.