Maintaining the open world gameplay of its predecessor that could be described as Grand Theft Auto trading organized street crime for cyber crime and hacktivism, Watch Dogs 2 introduces us to new protagonist Marcus Holloway of the DedSec organization.  Taking place is a fictionalized but very detailed recreated version of San Francisco, Watch Dogs 2 attempts to improve upon some aspects as well as introducing new features, which is what any good sequel should strive for.

One of the more noteworthy aspects in this title is how there are multiple approaches to complete most objectives, mainly through one of three styles of Aggressor, Ghost, or Trickster.  Aggressor is the most straight forward approach to tackling a mission; as its name implies, it’s just running in guns blazing and taking out anyone getting in the way without being too concerned about collateral damage.  Ghost is the stealth approach where it’s not quite as destructive and requires a bit more finesse and patience but a fun approach in its own right.  The last one, Trickster, is probably the most unique option available.  This is where the player doesn’t interact with anything directly, but instead relies on the assistance of toys.  The long range hacking tool can be used to manipulate cameras or vehicles.  The use of the quad copter drone or RC jumper can be used to take out guards with explosive devices or unlock doors from the distance, allowing the player to hide out of harm’s way until all the obstacles are eliminated.  For the most part, the approach used will be up to the player’s discretion.

A new feature in Watch Dogs 2 is the Net Hack View which is triggered through the R3 button.  This turns the world into black and white static, as if the world was converted into a channel with no reception on an old fashioned CRT television.  That is except for locations of key items or plot advancement points, which becomes extremely clear in this mode but would remain otherwise hidden.  If there’s a point where the player becomes stuck or unsure of what to look for, this new view is a great way to get pointed back in the right direction. 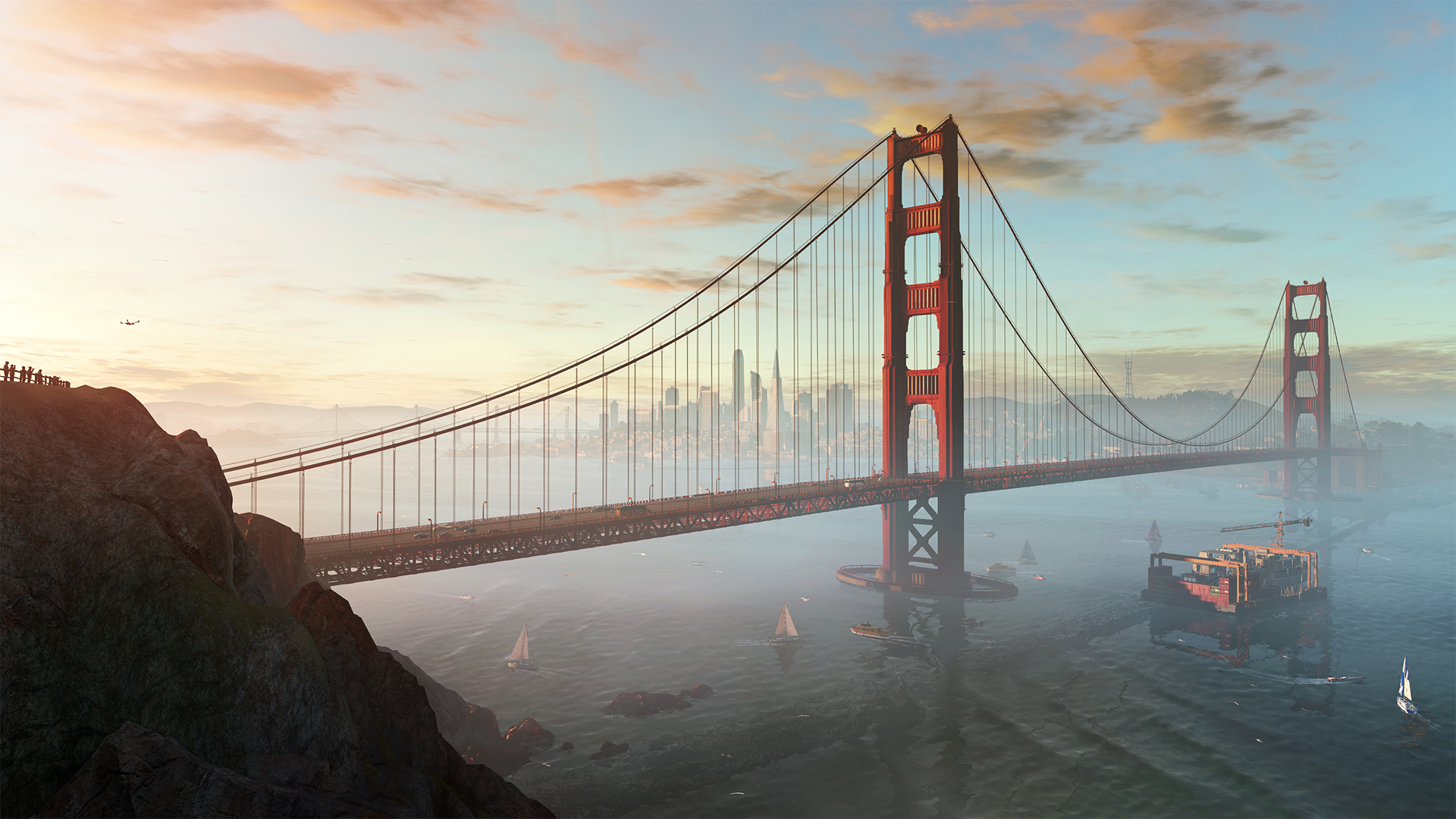 Watch Dogs 2 features a single player campaign but includes three multiplayer modes, as well.  The three modes are Co-op, Bounty, and Hacking Invasion.  Co-Op is pretty self explanatory: find another player and team up to fulfill an objective.  Hacking Invasion is a one on one battle where someone invades another player’s world and battle it out.  Bounty mode is the one that the majority of preview playtime was spent on, and out of the three actually seems like the most intriguing.

The best comparison for that would be PS2 era Grand Theft Auto, causing as much mayhem as possible to see how high you could get the wanted level and then see how long you could survive for.  Bounty mode is similar to that with the addition of other human players.  Bounty can be deliberately activated by using an app in the character’s smart phone or it can just occur naturally through the course of going on a destructive rampage.  When you are the hunted in Bounty mode there are two different approaches that can be taken: stand your ground or retreat.  Successfully retreating leads to victory, whereas how long one can survive while standing one’s ground lead to rewards which improve with longer survival time.  How well one does in these modes increases the number of followers, which impacts overall game progression and allows the acquisition of new tools, weapons, and skins. 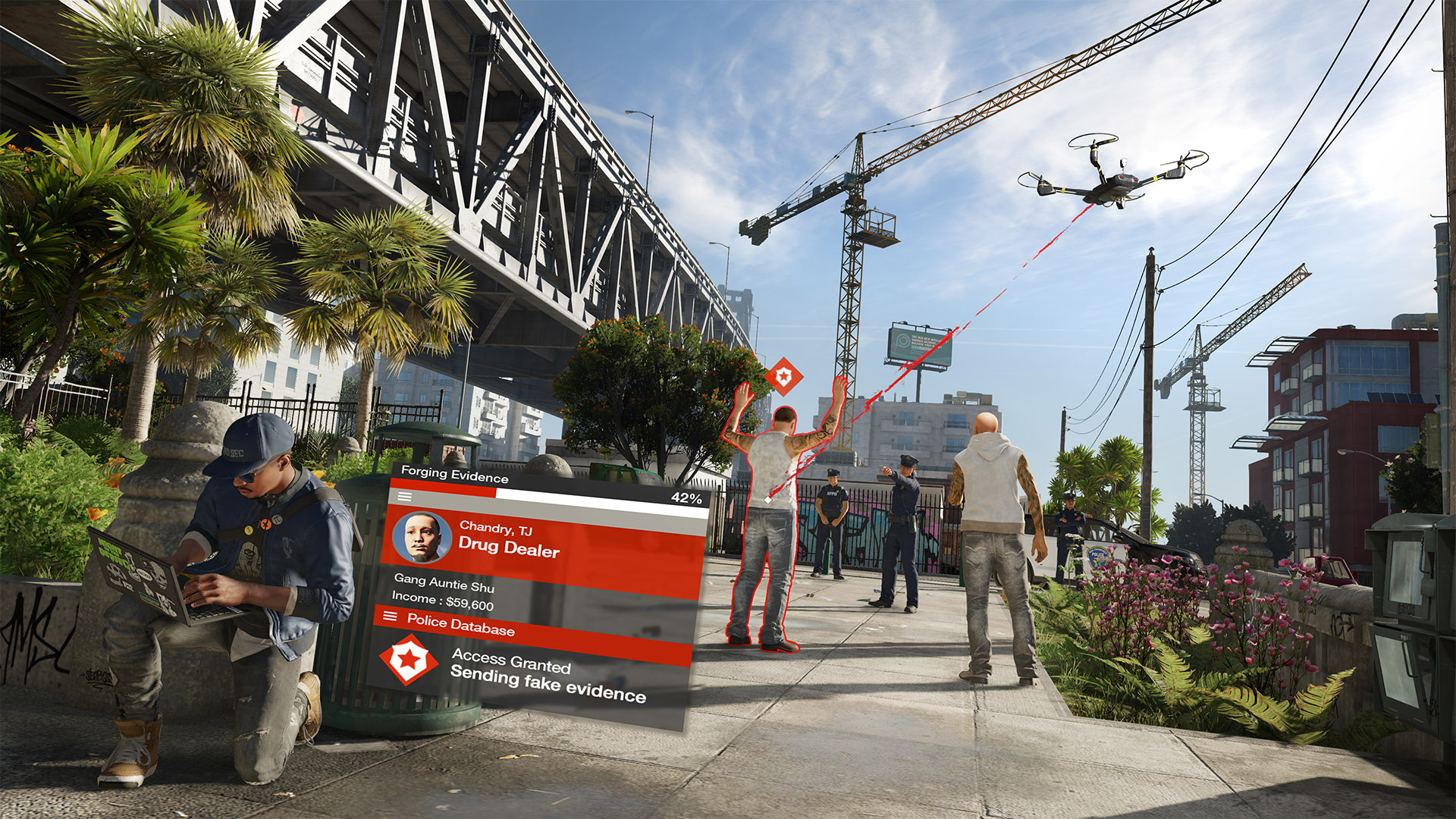 The multiplayer mode is designed for seamless integration into single player.  You can go about some campaign missions, take a break for some co-op play or bounty hunting, and then jump right back into solo mode.  Even with multiplayer being designed in a way to not interrupt the single player experience, Ubisoft is cognizant that some individuals do not want to have other people interfering with their solo game time and the option to turn off multiplayer is available.

The developers of Watch Dogs 2 worked with hacker consultants to give a feeling of authenticity to the title.  Obviously the hacking mechanics are greatly simplified for the sake of better gameplay since the game wouldn’t be much fun if it required years of learning how to hack computer systems to be accessible but the effort was made to give some level of accuracy to their depiction hacker culture. 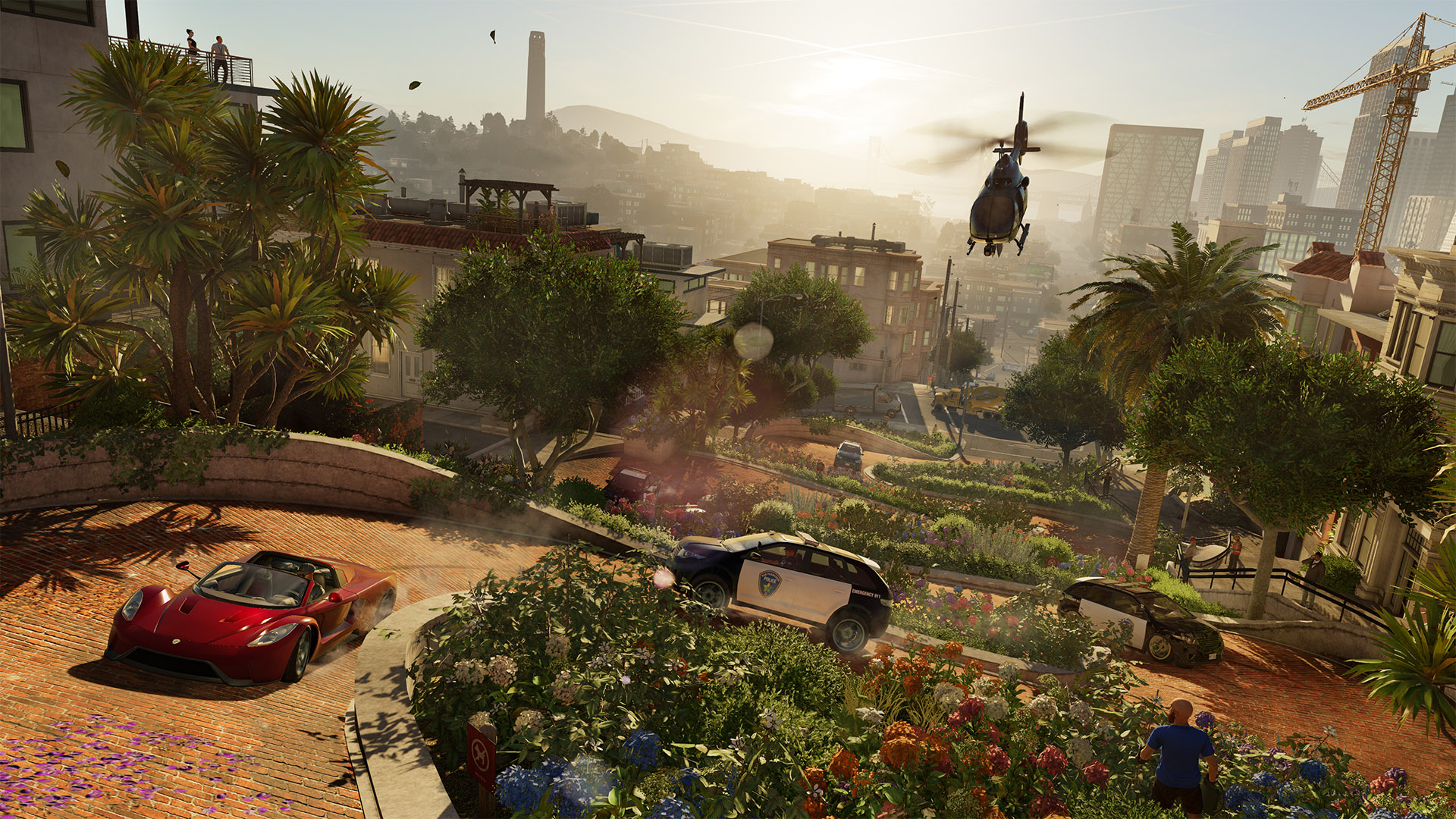 Watch Dogs 2 shows its influence from Grand Theft Auto but it’s clear it isn’t a clone by any means.  A more accurate description is they took the open urban world blueprint and built their own unique identity on top of it, as there are plenty of ideas here that differentiate it from its influences.  While I am not a San Francisco native my testimony may not carry the same amount of weight as someone who is, it looks like the developers went to great lengths to accurately recreate the city for the game world.  Even though its predecessor was met with generally favorable reviews, it was not without its criticism which Ubisoft has listened to and tried to address to make the sequel even better.  Slated for a November 15 release, Watch Dogs 2 shows potential to be a hot item this holiday season.