DotEmu is on a mission to create new games that scratch that nostalgia itch. In addition to Streets of Rage 4, they decided to make a sequel to another game from 1994. This time the game in question is Windjammers, an overhead sports game that involves throwing discs. The original Windjammers wasn’t met with critical acclaim during its initial release, but thanks to recent ports to PlayStation 4, Vita and Switch with added online multiplayer, the title has gotten somewhat of a surge in popularity. Due in part to the trends of competitive gaming now seems like an ideal time to follow up with a sequel. Windjammers 2 takes the original’s look and feel but gives it a modern makeover, striving to create an improved gaming experience that also caters to fans of the original.

Streets of Rage 4 and Windjammers 2 are very different games, but since they are both coming from DotEmu, it’s nearly impossible to ignore the similarities in the approach to the revival. Everything is new with both titles but they are built from the ground up in a way that shows a reverence for the titles they are following. Windjammers 2 has modern graphics, new character and arena designs to match the modernized gameplay, but everything looks and plays like the next evolution from the 1994 title. The original Windjammers popularity showed that the quarter-century-old game is built on something that is still enjoyable today and now DotEmu has taken the chance to create a sequel in their own vision. 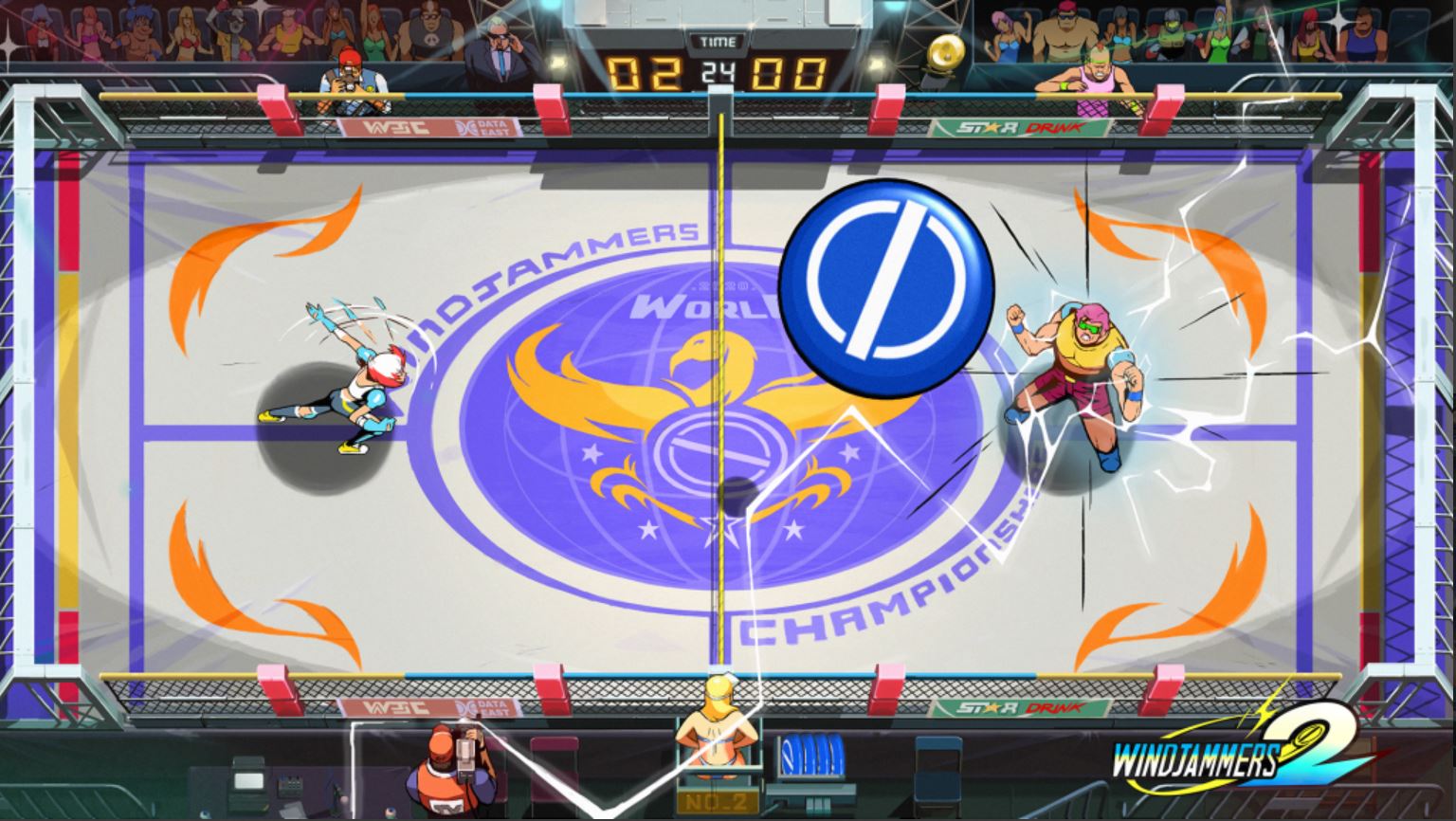 During our time with Windjammers 2 there were four playable characters with their own over-the-top designs that sparked memories of pro wrestling form the ’80s and early ’90s. The character body types seemed to influence their gameplay, as some of the big guys were a bit on the sluggish side but had more power than the quicker, lithe counterparts. The premise of Windjammers 2 sounds simple enough, throw the flying disc across the court into the opponent’s goal and try to stop them from doing it to you, so basically like air hockey where the players are standing on the table. Different special moves help make each character feel unique along with the different levels of speed and power, so this seems like it would a great game to play with friends whether you’re hardcore or casual.

I mention the premise of the game sounds simple because it does, but either I am terrible at video games or there is a lot more to mastering Windjammers 2 since I got my clock cleaned playing against the developer. I knew early on I was going to lose the matches, I just considered it a victory if I actually scored on him which did happen more frequently as we played more matches. Power, speed and precision are all important in scoring and defending, and it was learned the hard way that it’s easy to overshoot where the disc is traveling when defending your goal. Despite this, the learning curve isn’t steep and the matches are fast paced and enjoyable. 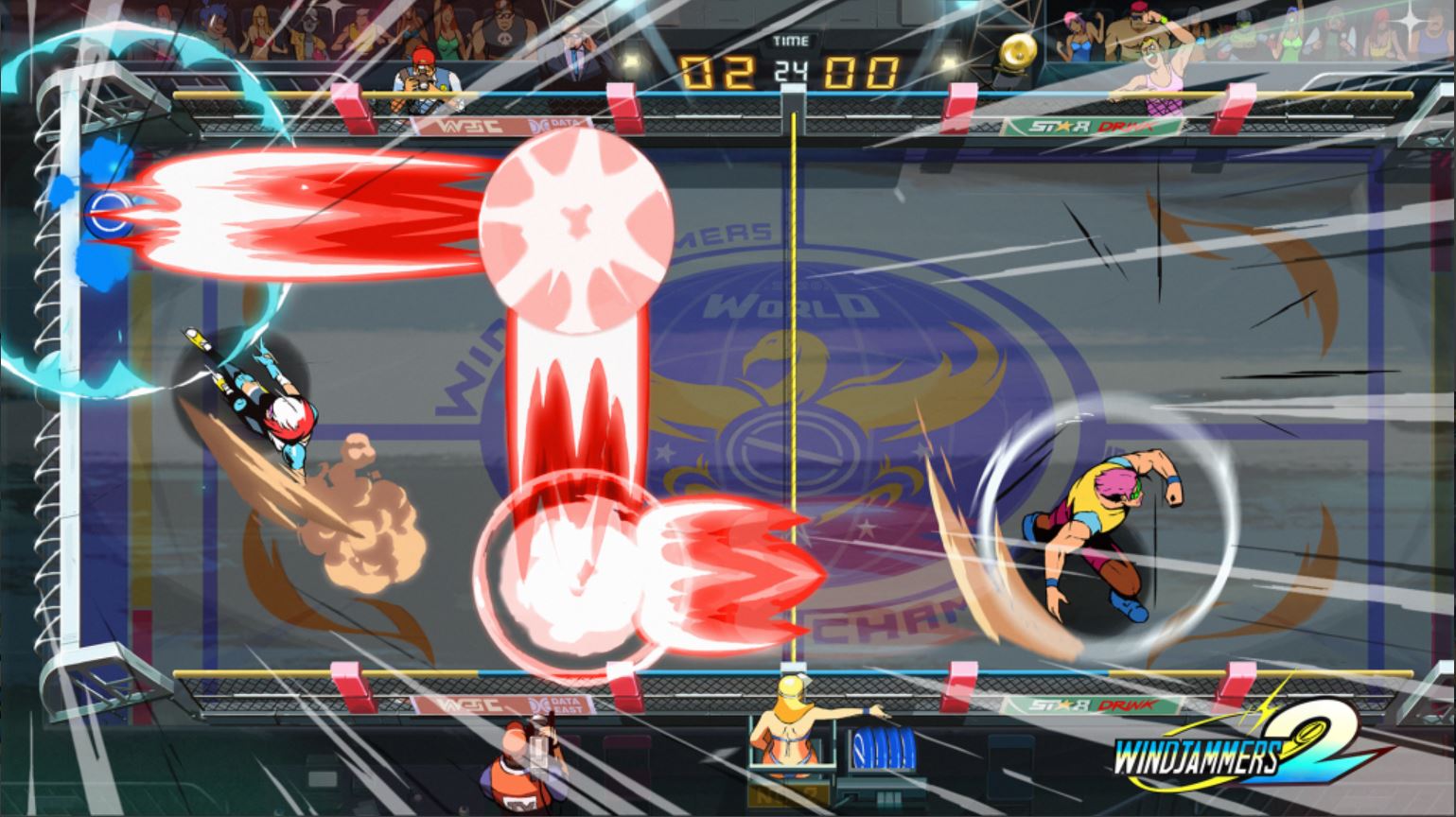 Windjammers 2 is coming to Switch and PC sometime this year. The original Windjammers has been making a lot of waves recently, so naturally if you like the original this is one to be on the look out for. Despite it having indie game charm, the sheer enjoyment that can be found in this title gives it potential to be a surprise eSports hit when it’s finally released.