Giant robots and/or mechs beating the crap out of each other. It’s a simple concept that has formed the basis for some of our greatest entertainment (and some of our worst). And some that’s so bad it’s entertai…okay, you get the idea already. We just love our giant mech combat, especially when to comes to anime and video games, but after all this time are we still capable of coming up with unique spins on the concept? Granted, it might be hard to top the magnum opus that was Robot Jox, but Raw Fury and developers OTA IMON Studios are willing to give it their best shot with Wolfstride, a turn-based RPG centered around three partners in crime having inherited a giant mecha and now using it to compete in giant mech battles for fame and profit.

Wolfstride clearly wears its anime influences on its sleeve, from the stylistic character and mech designs down to little details such as triangle shades and the fact that our group’s mech is named “Cowboy.” In contrast to the flashy designs, though, the game seems be entirely in monochrome, and in between battles, the characters you control and interact with are depicted with pixel art. It’s a unique blend of aesthetics, to say the least, and one that instantly grabs your attention. It pays off, though, creating a look that provides rather eye-pleasing attacks and moves. 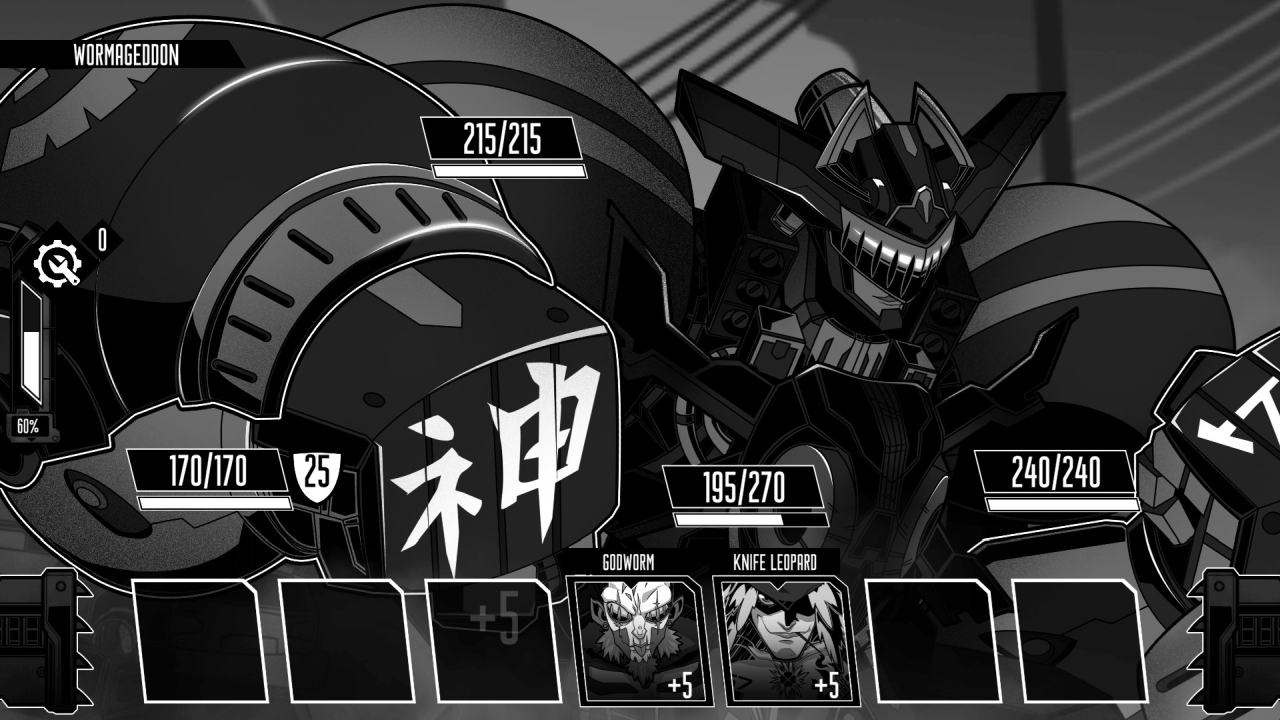 But let’s get into the meat of things: the mech combat. Taking a turn-based approach, Wolfstride encourages strategy, especially when it comes to positioning. The combatants basically have a playing field of seven spaces, which they traverse via the use a limited amount of movement points each turn. You can’t move past your opponent, but you can push them back a space or knock them back with use of certain attacks of effects. This will come in handy, as A. attacks each have their own range of spaces that they target, so you’ll want to make sure you’re in the proper position, and B. you can deal extra damage against cornered opponents, with center spaces on the field highlighting just how much of a boost you can get.

On top of that, you also have to consider which of your opponent’s body parts to attack. To win, you have to destroy the opponent’s chest area by bringing its HP to zero, but you can target each of the arms and the head as well. Why? Because if you successfully drain those of their HP and knock them out, it effectively stops them from using certain attacks and skills. Take out their right arm and they won’t be able to use any powerful attacks that require it, like different punches. Or take out their head, and that disables their targeting system, being they can only attack random areas of your mech now. Of course, this works both ways, so you’ll have to be particularly careful and use action points for defensive moves as well as various attacks. Oh and there’s a cooldown timer on each move to make sure that you don’t just spam the same moves over and over. 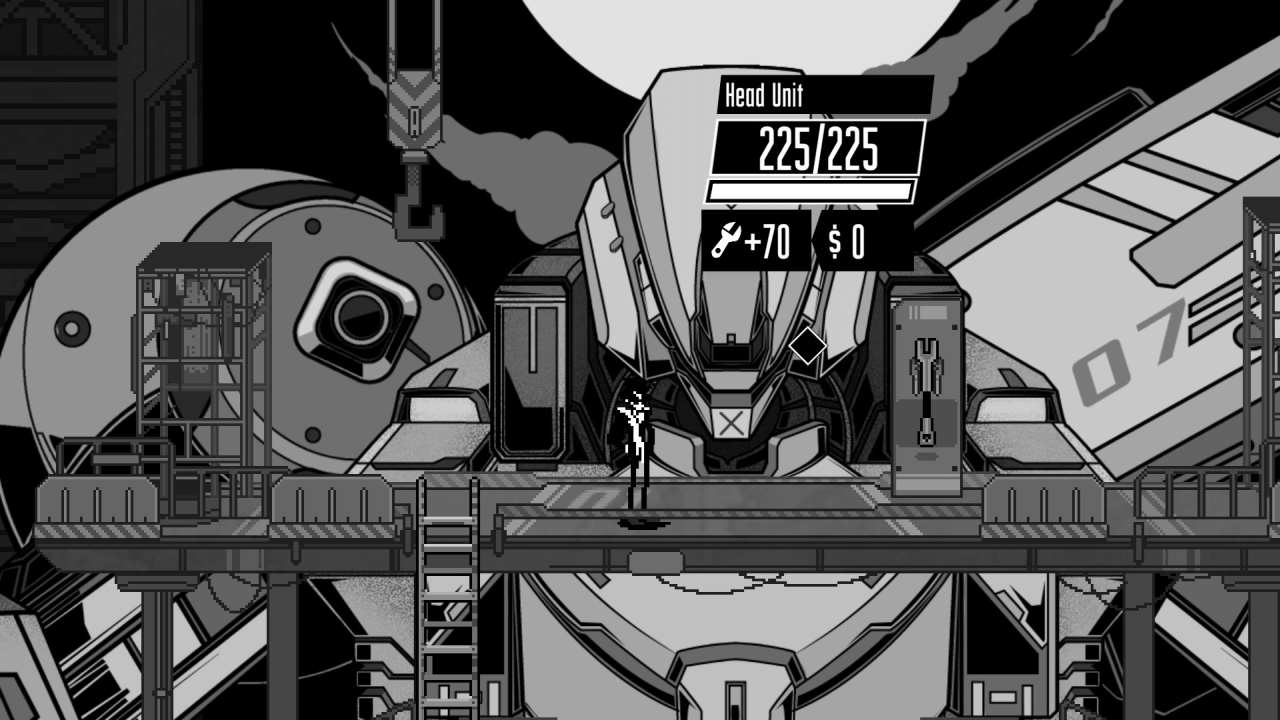 Overall, Wolfstride has what feels like a surprisingly deep combat system, one that encourages you to use whatever money you earn to invest in the best moves and parts in between matches, making sure you have a solid loadout ready. The demo only consisted of two battles, however, the second of which thoroughly wrecked me thanks to a “Guillotine Head” attack that took off massive chunks of health, so there wasn’t an opportunity to go even deeper into the strategic elements. We didn’t even get to any notable story bits or the part where you can have the manager, Dominique Shade, do odd jobs for additional cash or make connection that could benefit the team in some way.

Even with just this small part, though, it’s clear that Wolfstride still has a ton of potential thanks to its striking visuals and tricky yet fun combat. So whether you’re a fan of RPGs or mech combat, Wolfstride should hopefully provide a ton of enjoyment when in hits the PC in the near future, with a demo available now as part of Steam Next Fest.